Are waste-to-energy plants bad investments in the Philippines?

A proposal for a US$423 million facility is expected to be approved in one of the biggest cities in the country's capital, despite a law banning incineration. Critics say city governments are at the losing end of this technology.

Waste burning in the Philippines is prohibited under the country’s Clean Air Act, but this has not stopped private companies from trying to construct waste incinerators that produce electricity.

Filipino infrastructure conglomerate Metro Pacific Investment Corporation’s proposal for a P22 billion (US$423 million) waste-to-energy plant is expected to be approved this month in Quezon City, the country’s most urbanised district.

The project is expected to convert up to 3,000 metric tonnes of municipal solid waste into electricity each day in a power plant with 36 megawatts of installed capacity.

Environmentalists say Quezon City, along with other cities in the Philippines, will only incur financial losses and debt if it makes use of incineration to curb its garbage problem. But sustainability experts argue that waste-to-energy plants could be the lesser evil in a country where waste-sorting laws have not addressed the urgent problems of waste management and large-scale plastic pollution.

Waste-to-energy plants will not generate their expected revenue in the Philippines due to an unclear mandate on renewable energy projects, revealed waste campaign group Global Alliance for Incinerator Alternatives (GAIA) in response to a pre-feasibility study by the Asian Development Bank (ADB) for a project in Quezon City.

Philippine law mandates a programme of paying investors of renewable electricity for 20 years through a feed-in tariff system, but GAIA argued that the legislation does not dictate a guaranteed price for investors as it uses an “auction system”. 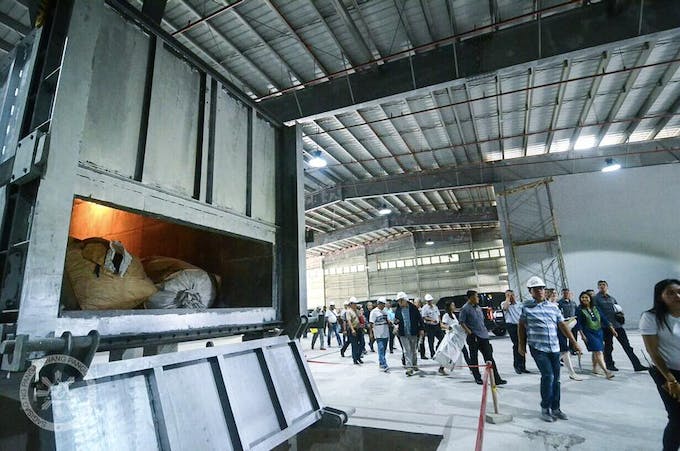 “Under the auction system, the price will be decided based on the most competitive amount between industry bidders, instead of the government dictating a fixed tariff price,” the GAIA said in a study released in April. “Support under the feed-in tariff regime is also expected to decline significantly in the coming years due to the decreasing costs and increasing efficiencies of renewable energy projects.”

A feed-in tariff scheme offers long-term contracts to renewable energy producers, typically based on the cost of generating the energy.

GAIA added that ADB’s findings incorrectly assume that waste-to-energy incineration is considered renewable energy and would be eligible under the biomass category of the law: “The law clearly defines biomass resources as biodegradable organic material. Municipal solid waste is a mix of paper, plastics, and other discarded materials, which clearly does not fit the definition of biodegradable waste permissible under the law. This can pose as a hurdle to the facility’s eligibility for renewable energy feed-in tariff.”

The amount of electricity expected to be generated by the facility is also questionable given the high amounts of moisture and organic content of the city’s solid waste, the report said.

If the target revenue projections are not met, it could result in non-repayment of debts and the plant becoming a stranded asset, leaving the city to absorb all the losses instead of the company, it said.

Metro Pacific Investment Corporation plans to replicate the waste-to-energy project beyond Quezon City as local governments in the country struggle with the worsening waste management problem.

There is urgency in finding the means to manage these wastes, and waste-to-energy could pose a practical, lesser evil.

An archipelago of over 7,100 islands, the country has been identified as the third-worst ocean plastic polluter in the world after China and Indonesia, according to a 2015 study .

The government has tried to stem the tide of garbage through the landmark Solid Waste Management Act that aims to systematically organise and sustainably manage the collection and disposal of municipal solid waste in the country, including the closure of unsanitary open dumpsites.

According to GAIA, local municipalities have failed to comply with the law and are now scrambling for solutions to their waste problem as dumpsites are being shut down.

“Cities are under pressure to clean up their plastic waste. Local governments are being approached by incinerator companies to set up waste burning facilities, purportedly to solve the problem of waste generation,” the report stated.

Waste-to-energy projects in the Philippines include a P2.5 billion (US$48 million) plant set to start construction this year in Davao City, a P2.1 billion (US$40.5 million) project in the pipeline in Puerto Princesa City in Palawan and a facility already operational in Lapu-Lapu City in Cebu.

The GAIA study reported that burning merely transforms waste into ash, slag and air and water pollutants, which are more toxic than the original waste.

However, an urban development consultant of the ADB argued that new technology has allowed incinerators to be more environmentally safe.

“The basis for banning incineration was the old technology used in existing incinerators in the Philippines which operate below 1,000°C. But modern incinerators are hotter and can eliminate toxic gases such as dioxins and furans,” said Aldrin Plaza in an article on the Asian Development Blog.

A sustainability specialist added that waste-to-energy plants might be a practical option as the country grapples with 35,000 tonnes of municipal solid waste generated daily.

“While waste minimisation and recycling are obviously the more sustainable management methods to pursue, tonnes of waste need to be dealt with and disposed of daily. There is urgency in finding the means to manage these wastes, and waste-to-energy could pose to be a practical lesser evil,” said Conchita Ragragio, country liaison for the Municipal Waste Recycling Programme in the Philippines, backed by the United States Agency for International Development (USAID).

Ragragio added that cities should not just rely on waste-to-energy projects to curb their rubbish, but also educate communities on methods of waste minimisation, re-use and recycling.