A less meaty Year of the Pig?

Will people heed calls to cut down on meat for the environment and their health this Year of the Pig?

A few days before the Chinese New Year, staff at a popular Sichuanese restaurant in Beijing’s Dongcheng district were busy serving customers and taking reservations for New Year’s Eve. Meat accounted for at least 65 per cent of the dishes on the New Year menu, typical of the several restaurants chinadialogue visited in the run up to the festival.

“Of course you need meat, it’s a celebration, you’ve got to have a table full of meaty dishes to create that atmosphere,” explained Chen Jianfeng, 67, a Beijing local making a reservation.

Consumption at Chinese New Year reflects more general eating practices, 40 years since reform and opening up. Frequently eating meat is no longer a luxury habit but environmentalists and nutritionists worry about its effects on health and the environment.

What to eat at New Year?

Chen Jianfeng grew up in the 1950s and 60s, when even people in China’s capital Beijing struggled to stay warm and fed. He used to look forward to the plates of meat-filled dumplings served at New Year. Now his childhood dreams have come true. He can eat those dumplings any day of the year, and even sit at home and order in whatever he fancies.

New Year has become an occasion for extravagant overeating, with tables groaning under the burden of ever more dishes.

When you mention climate change, people think of factories and cars, they rarely think that their daily diet also has an impact.

The background to this is economic growth that has seen per-head GDP increase from US$165 in 1978 to $8,830 in 2017. That growth and China’s huge population means the country now eats 28 per cent of global meat production, more than any other nation. In a particularly relevant statistic for the year of the pig, 50 per cent of the world’s pork ends up on Chinese tables. Average meat consumption per head has increased six-fold in the last four decades, currently standing at 63 kilograms a year, and set to increase a further 30 kilograms by 2030.

That rapid growth in meat consumption comes at a cost. On January 16, the Lancet medical journal published a report pointing out that changes in the make-up of food in countries such as China—where consumption of sugar, meat and dairy products are increasing significantly—are changing global food systems, meaning more climate change, less biodiversity, more freshwater use, and damage to the global phosphorous cycle.

A survey of meat consumption in China completed by environmental group WildAid China this January showed that 70 per cent of respondents in ten Chinese cities were aware that eating too much meat could impact health—but only 4.5 per cent could say what the consequences actually were.

“We need a food revolution,” said Jian Yi, founder of the Good Food Academy, the first Chinese-language online sharing platform on the topic of food. This January it published a sustainable Chinese New Year menu, made up of 85 per cent vegetarian dishes and 15 per cent high-welfare meat options. That menu will be taken to the US for the Food Forward Forum, where it will help to encourage sustainable food ideals at universities including Yale and Harvard.

“I hope we can correct misunderstandings about Chinese food,” said Nie Jingjun, one of the authors of the menu, and founder of the Ajun Vegetarian Workshop. “Many foreigners think Chinese food is oily and salty, but it isn’t. Lots of our traditional foods are healthy and worth popularising.” 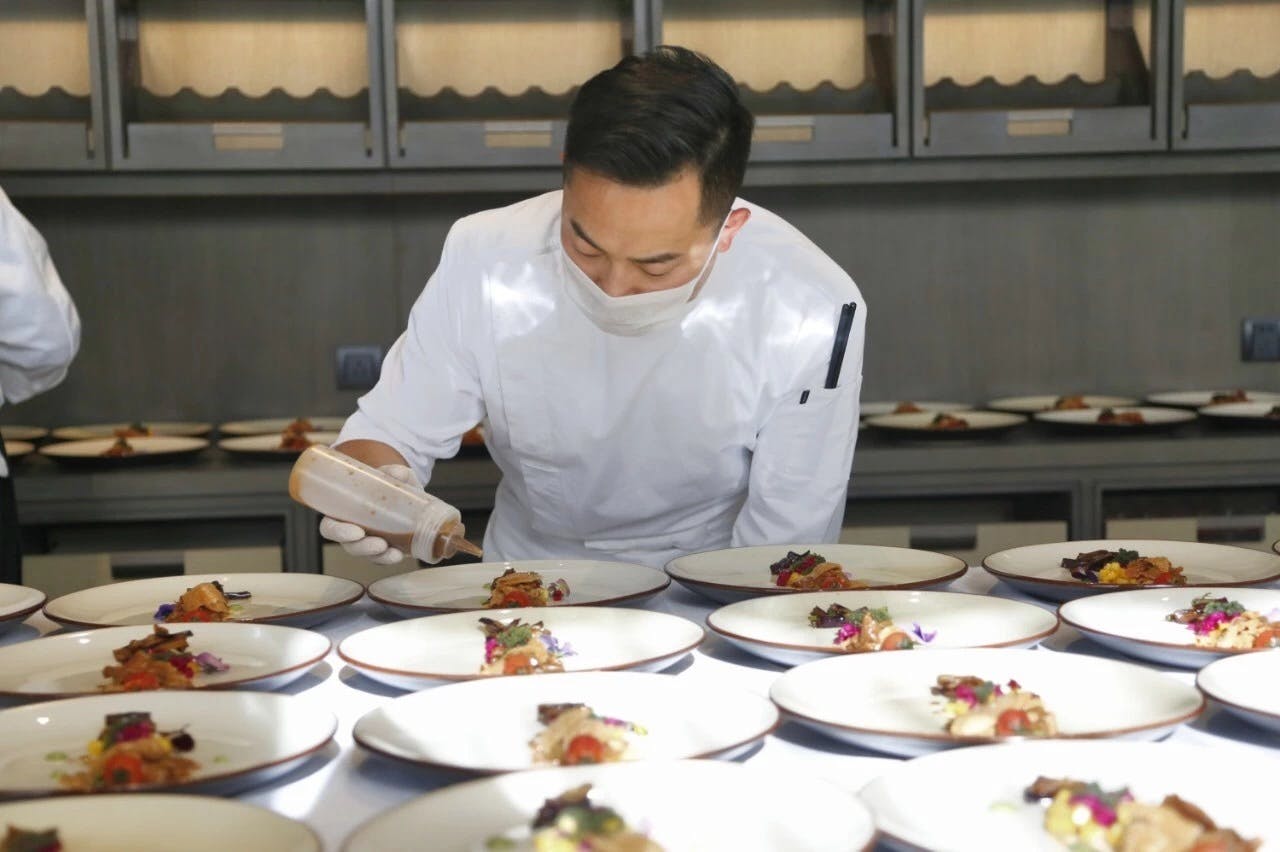 Figures from the World Health Organisation show that food can be a greater factor in some diseases, such as obesity and cancer, than drinking and smoking. Three billion people worldwide do not have a balanced diet—with 800 million under-fed and over 2 billion eating too much.

The Lancet report proposes a model of healthy eating which is similar to the suggestions of the Good Food Academy: 35 per cent of daily calories to come from whole grains and tubers, most protein to come from plants, only 14 grams of red meat a day, and over 500 grams of fruit and vegetables.

People see how tall and strong Westerners are and think that’s down to eating lots of meat and want to follow suit.

The report points out that a diet lighter on meat will be a “win-win” for health and the environment: 11.6 million fewer deaths per year worldwide; reduced emission of greenhouse gases; conservation of soil and water resources; and the protection of biodiversity.

Some Chinese people are sceptical about the diet. When asked if he might try it, Chen Jianfeng said he accepted older people should eat less meat but thought his grandchildren should get to eat more meat and fish during the Chinese New Year.

“You won’t get enough nutrition if you don’t eat meat while you’re growing,” Chen said. “Researchers can be wrong sometimes.”

Hou Bing, of Compassion in World Farming, said there isn’t enough discussion of the health and environmental impacts of meat-eating in China, as compared to Europe and the US. “Most of the people I know haven’t heard anything about it, and none of the mass media have shown any sustained interest.”

“Many people think the only people eating a vegetarian diet are Buddhists, doing it for religious reasons,” he said.

WildAid has been promoting its Shu Shi programme in China since 2015, hoping to educate the public about the link between meat-eating and health. The campaign is fronted by celebrities Huang Xuan, Angelababy and Huang Lei. Campaign posters can be seen all over China, at bus stops, on the subway and online, with slogans such as “Change the world with every mouthful”.

It’s an ambitious campaign, aiming to reduce China’s consumption of meat 20 per cent by 2030—from the current 60 kilograms a year to 48 kilograms. 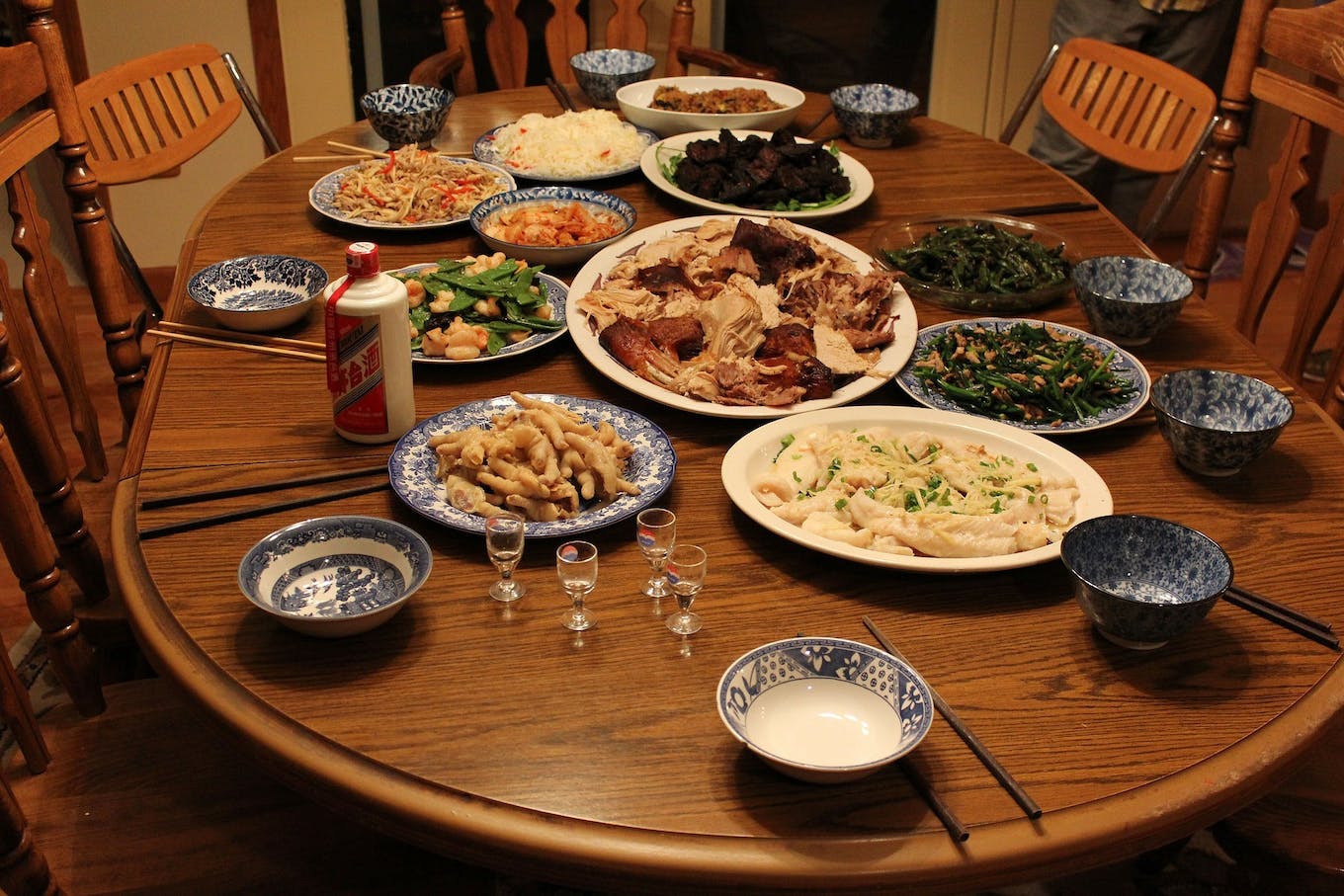 Steve Black, WildAid’s China CEO, admits there have been plenty of challenges. “When you mention climate change, people think of factories and cars, they rarely think that their daily diet also has an impact.”

He also says people are sensitive about what they eat: “People get offended if you criticise what they eat. Reducing meat consumption is going to be a long process. It’s important to first give people the relevant knowledge.”

“Actually, traditional Chinese diets aren’t meat-based,” Hou Bing said. “When I was young meat was never a main dish, except at festivals. It was a side dish, complementing the vegetables.”

Hou Bing says there are two reasons for China’s rising consumption of meat. One is the adoption of Western eating habits. “People see how tall and strong Westerners are and think that’s down to eating lots of meat and want to follow suit.” The other reason is industrialisation of farming, which has made meat more available than ever before.

But things are changing. In a survey by Wild Aid, 56.1 per cent of respondents said they were cutting down on meat, while a further 15.3 per cent said they were willing to make the same change in the future for health and environmental reasons. The survey also found that meat consumption in most-developed cities is lower than in less-developed cities. Earlier research suggests healthier diets mean pork consumption in China may already have peaked.

“Chinese people are becoming more concerned about healthy eating, primarily because of the increasing incidence of disease, and because rising incomes and education level mean they can pay more attention to quality of life,” explained Jian Yi. “I believe that people will change their diets as they become more aware of the environmental harm caused by the livestock industry.”

Hou Bing said government policy is also changing: “Because the government is promoting green and sustainable development for the livestock industry, I’m optimistic about the future of our work.”