The solar cow that powered an African village

Yolk Station, a South Korean solar energy company, has installed a renewable energy solution in a remote Kenyan town that can also tackle the problem of child labour. 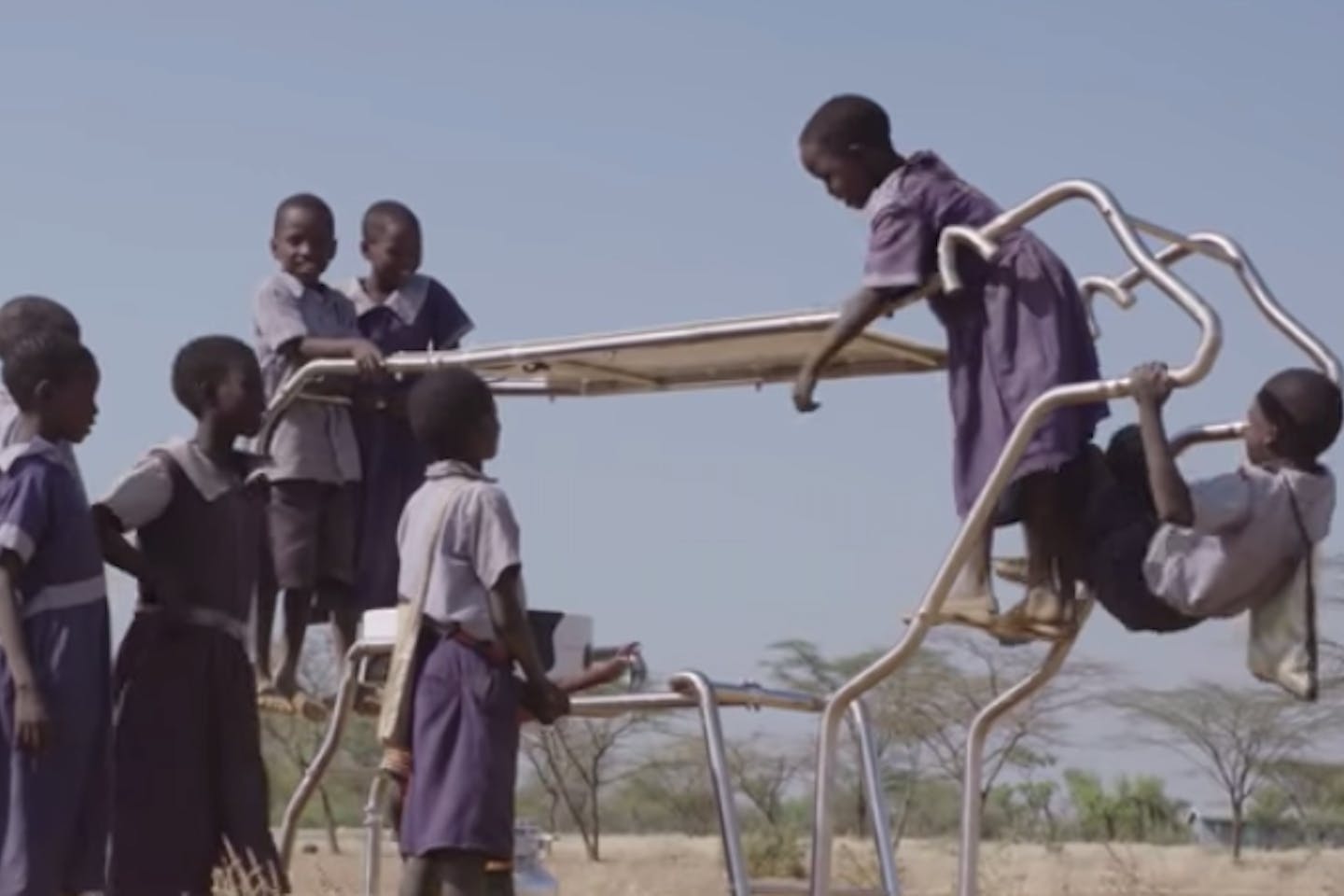 What would it take for parents in poor areas to allow their children to go to school instead of sending them to work?

A South Korean solar energy company has installed a solar-powered charging station in a steel frame of a cow, inside a school in Pokot, Kenya for a pilot project that gives parents free electricity as an incentive for allowing their children to go school.

Over 150 million children around the world are forced into labour, more than half of which are from Africa, according to the International Labour Organization. Income from a child’s work is believed by some parents in developing countries to be crucial for the survival of their household. Most children work in fishing, forestry, livestock herding and aquaculture, while the rest work in quarrying and mining.

When students arrive for school, they plug the power banks into the solar-station cow. Solar energy is used to charge the students’ batteries, which are designed to look like udders hanging off the underside of a makeshift cow.

The Power Milk batteries charge while they are in class and then they take the batteries home when they leave for the day. Each power bank can store up to 10 watts of electricity.

The Power Milk batteries can only be charged at the school and have a customised charging module that is only compatible with the solar-station cow, leaving students no choice but to go to the school to charge them.

In Pokot, nine out of 10 people use cellphones to communicate and pay their bills, but they have to travel up to six hours to get to the nearest charging station three times a week, spending about 20 per cent of their monthly income on electricity.

“These Power Milk contain enough energy to meet most needs for electricity for the average local household like charging cell phones and powering a flashlight, a radio, or other gadgets,” said Sen Chang, founder and chief executive officer of Yolk.

“By providing free access to electricity, families save up to 20 per cent of their average monthly income that they’ve spent on electricity.”

While the Solar Cow project has started in Africa, Chang said they are setting their sights on Asian countries such as India and Indonesia which still have areas with little access to electricity.

There is no fixed cost yet for the Solar Cow, Chang added, but they are looking for donations to scale up funding for their mass production.