Bread-powered beer and other delights

Entrepreneurs are turning discarded grains, fruits and vegetables into food, drink and clean energy. Here is how. 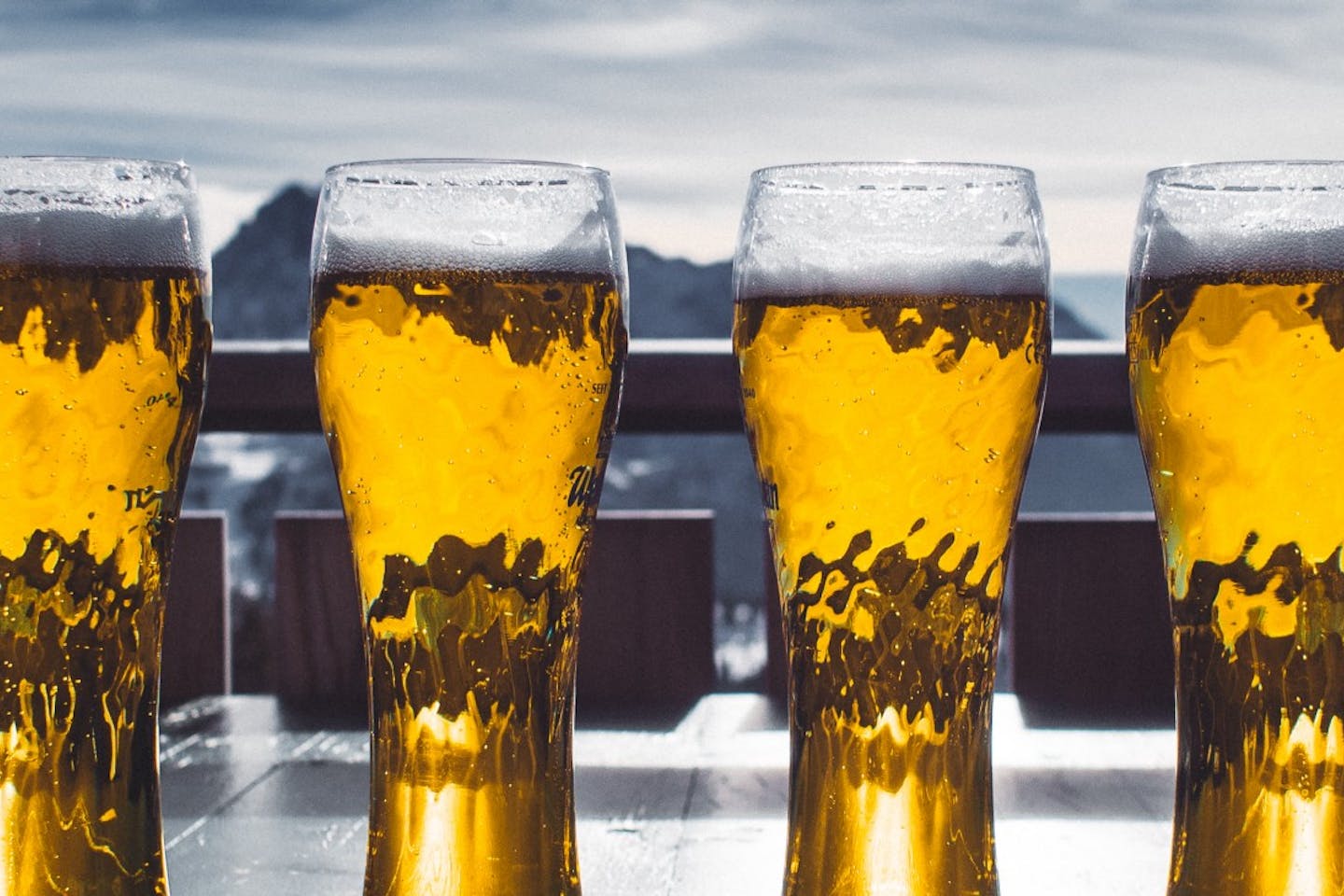 When Tristram Stuart was growing up on a farm in England, he raised pigs as a hobby. He saw that much of the thrown-out food he was feeding them was actually fit for humans. One day, having found an appetising loaf of sun-dried tomato bread in the pile of waste, he sat down and ate lunch with his pigs.

Stuart recognised early — he was about 15 — the folly of food waste, and vowed to do something about it. “I grew up with a strong relationship with the land,” he said. “The pigs made me see how food waste and environmental degradation are so intertwined.”

The result was Toast Ale, a company that brews beer from unsold bread and the discarded heels of loaves from sandwich makers. All profits from Toast go to Feedback, an environmental advocacy organisation Stuart founded to fight global food waste. Toast began in the UK in 2016 and in the United States this year. The company plans to launch soon in South Africa and Iceland.

“The biggest impact humans have on the environment is food production,” Stuart said. “Ending food waste does not require huge investment or structural change, and it can be achieved by simply valuing and enjoying our food.”

Statistics from the UN Food and Agriculture Organization bear him out. About one-third of food produced globally for humans is lost or wasted. Fruits and vegetables have the highest rates of waste. At the retail level, large quantities of food are thrown out for cosmetic reasons.

Consumers, conditioned to reject fruit and vegetables that are bruised or discolored, won’t buy them — marketers know this, so they toss them. Food waste also squanders water, land, energy and labor. It also contributes to climate change. When it decomposes, food produces methane, a powerful greenhouse gas.

The biggest impact humans have on the environment is food production. Ending food waste does not require huge investment or structural change, and it can be achieved by simply valuing and enjoying our food.

Toast Ale (slogan: “the best thing since…”) is not alone in its efforts to “upcycle” discarded food. Increasingly, entrepreneurs are finding creative ways to transform old scraps into new food and drink, and even clean energy.

“We are careful to partner with established breweries to produce our beer, and our current brewer in the UK has strong environmental credentials,” said Stuart. “There are wind turbines on site that provide power, the spent grain is fed to the local pigs, and water is cleaned by reed beds.” The goal is to end waste, feed more people and improve the environment.

Rubies in the Rubble, a London-based condiment company, makes relish from fresh fruit and vegetables tossed out for cosmetic blemishes (“our ingredients have to pass a taste test, not a beauty contest”).

“The idea is to take an item that normally would be wasted and turn it into a consumer product,” said Tom McQuillan, director of food service sales and sustainability at Baldor, a specialty food company in the Bronx. “It’s a great way to get food into the hands of the food-insecure, and to people who should be eating healthy foods.”

The program, known as SparCs (“scraps” spelled backwards), takes 150,000 pounds of discarded scraps weekly that otherwise would go to a landfill, and turns them into food. “Initially, we thought we would send it to a composting facility and make dirt, but hauling it any long distance would cost a tremendous amount,” McQuillan said. “You cannot solve one sustainability problem by creating another one.”

If something can’t be made into a human food product, it becomes food for pigs and poultry. “We came up with a solution for 100 per cent of our discarded products,” McQuillan said. “It either becomes human food or animal feed. That’s what gets us to zero landfill.”

For example, carrot peels go to Haven’s Kitchen, where they are ground and turned into carrot peel cookies. Carrot tips and romaine cores go to Misfit Juicery, a Washington D.C. company that uses surplus fruits and vegetables to make unusual juices.

Baldor also designed a nutritional supplement it sells under its private label, Urban Roots, that can be sprinkled on roasted vegetables and added to other foods — meatballs, for example — by dehydrating and pulverising the leavings from 20 different vegetables. The same substance, when further ground, can be added to flour, or made into croutons and bread crumbs. “We’ve had a number of chefs test it, and they love it,” McQuillan said.

Regrained, which makes nutrition bars from spent grain, grew from the friendship of its two founders, Dan Kurzrock and Jordan Schwartz. The pair homebrewed beer during their college years. “We were blown away by how much grain was left behind,” Kurzrock said. “Jordan and I are both environmentally conscious, so we realised immediately that we were tossing what looked, smelled and tasted like a cafeteria-sized batch of oatmeal.”

At first they used it to make bread, selling loaves to their fraternity brothers to earn money to make more beer. “It was toward the end of college that we realised we could make this into a real business,” he said. “Since bread did not have too long of a shelf life, we decided to create something we love to eat that can be kept much longer — granola bars!”

Their grain comes from local San Francisco breweries, who otherwise would have to pay a waste management service to haul it away to a compost facility, “so any weight off their haul saves them money.” Kurzrock said.