Methane in the spotlight

In the context of climate change, initiatives towards reducing methane emissions have often been side-lined, so why is it that methane is now taking the centre stage?

What is going on?

It has been a busy couple of weeks as global leaders met in Glasgow for the annual “Conference of the Parties”, or as we know it, COP26.

Subject to as many doubts as hopes (reaching consensus with 200 countries is challenging), the discussions held in Scotland have yielded one significant result: as part of the pursuits in limiting global warming to well below 2.0 degrees Celsius above pre-industrial levels, over 100 countries signed the Global Methane Pledge, agreeing to cut their methane emissions by as much as 30 per cent by 2030.

While the pledge is supported by major economies such as Brazil – a substantial methane emitter through its agricultural activities relating to cattle farming, a commitment from the two largest methane emitters (China and Russia) remains outstanding.

Nevertheless, China did release a joint climate declaration with the United States, agreeing to cooperate towards “reduc[ing] methane from the fossil and waste sectors, as well as […] from the agricultural sector”.

In the context of climate change, initiatives towards reducing methane emissions have often been side-lined, so why is it that methane is now taking the Glaswegian centre stage?

What does the data tells us?

In addition to methane emissions being responsible for approximately a third of global warming since the pre-industrial era, the gas also traps 80 times more heat than CO2. However, unlike its counterpart, methane cycles through the atmosphere at a quicker rate of around a decade, as compared to CO2’s 20-200 years. 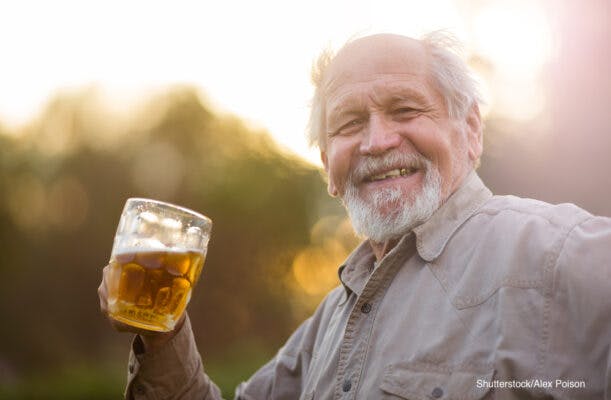 The Shovel published a spoof pledge mocking climate pledges made for three decades away. Source: The Shovel. Image: Shuttershock/Alex Poison

The implication of this is that the reduction of methane in the atmosphere would have an immediate effect on the planet’s temperature and temperature rise, sparing the world some time to address the outstanding CO2 reduction challenges. Hence, the referral to the pledge of a man announcing he will quit drinking by 2050 as a “buying us some time” approach.

So where do we start? Below, we take a look at the top three human-made sources of methane emissions to provide some inspiration on how to go about the reduction in methane:

With some of the usual suspects on the list, the landscape of reduction solutions is plentiful and the steps towards achieving the pledge’s goal is as actionable as ever.

What is the message?

Over the past decade, carbon dioxide has become increasingly synonymous with the main contributor to the climate crisis, while the rest of the greenhouse gases (including methane) have taken the backseat. This has also been accompanied by a clear neglect of greenhouse gases’ characteristics and their varying impacts on global warming.

In a time when pledges, initiatives and life advice on our precarious situation make the daily headlines, it is crucial to be transparent around the language used to describe climate change – a notion our colleagues at Arabesque S-Ray highlighted in a recent research article.

The critical nature of addressing greenhouse gas emissions (yes, we mean all of them) in the short- and long-term requires concise action points and a succinct summary on how capital markets can help achieve the goals set out by the various coalitions – to avoid misunderstandings and, most importantly, loopholes.

Thankfully, the BBC’s climate glossary is here to help – vague pledges no more!