Will 'palatable and nutritious' insect-based pet food take off in Asia?

At least two European start-ups are venturing into Asia, and a Singapore-headquartered firm is looking to launch Southeast Asia’s first insect-based dog food brand in the fourth quarter of this year.

Pet chow companies that make dog and cat food from insects such as black soldier fly larvae are looking to gain a foothold in Asia.

At least two European start-ups are venturing into Asia, and a Singapore-headquartered firm that operates in Malaysia is looking to launch Southeast Asia’s first insect-based dog food in the fourth quarter of this year.

Insect protein incurs a much lower carbon footprint than beef, chicken or salmon as the six-legged creatures largely feed on low-grade food waste, grow quickly and do not need much space to be farmed. Animal agriculture is a significant generator of greenhouse gases and source of deforestation. While demand for meat has decreased amid the Covid-19 pandemic due to supply chain disruptions and reduced household incomes, it is expected to grow in the longer term in tandem with the global population, posing a threat to biodiversity and natural ecosystems.

Insects are a rich source of protein, and 10 times less food and up to 15 times less water are needed to produce one kilogram of insects compared to beef, said European company Entoma Petfood’s co-founder Rachel Cantet.

Entoma, which launched in early 2018 and offers cat and dog food, has a new distributor in South Korea and is looking to find resellers in Asia, she said.

United Kingdom-based Yora, which launched its dog food last January, has made over £1 million (US$1.28 million) in sales so far this year, and is looking to launch cat food next year, said its sales and innovation director Will Bisset. Yora is currently in 16 countries and recently reached distribution agreements for Taiwan, South Korea and Japan.

It will launch in Taiwan and South Korea in August, and small-breed dog food is now available in Japan, said Bisset, who believes Asian markets will be as receptive to insects as Europe has been.

(Pet owners) worry that it isn’t as nutritious, but actually it is more digestible than most traditional meat sources and doesn’t have any antibiotics or growth hormones that (traditional meat) can often contain.

The chief concern of pet owners is whether insect-based food is palatable and nutritious, both companies said. “They worry that it isn’t as nutritious, but actually it is more digestible than most traditional meat sources and doesn’t have any antibiotics or growth hormones that (traditional meat) can often contain,” Bisset said.

The British Veterinary Association told broadcaster BBC last year that some insect-based foods may be better for pets than prime steak. Association president Simon Doherty later explained that even with insect protein alternatives, a wholesale shift away from livestock-based protein is highly unlikely in the near future.

“When compounded into a complete food product, insect protein offers a more sensible alternative to owners who want to offer a ‘livestock-free’ diet to their pets rather than homemade vegetarian or vegan diets which often result in poor pet health and welfare – insect-based products are palatable, nutritious and bioavailable,” Doherty said. 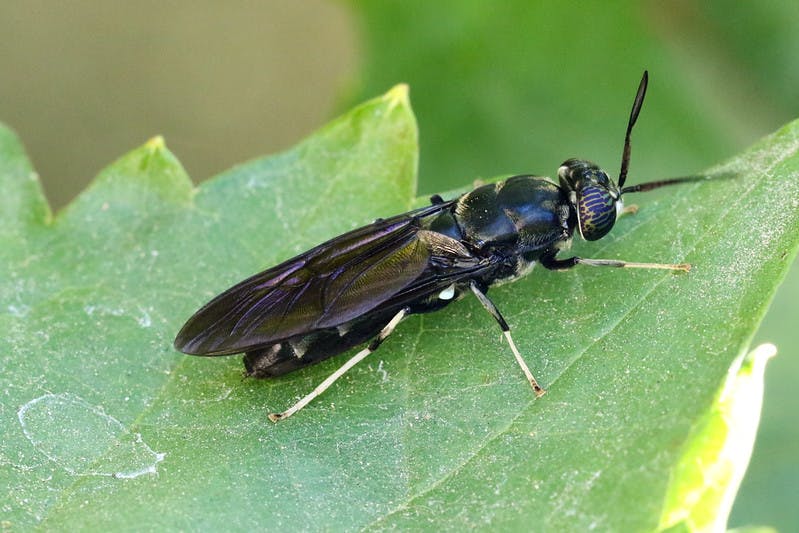 A black soldier fly. Image: siamesepuppy via Flickr, CC BY 2.0

Pet owners also worry about the cleanliness of the grubs, Bisset said. But the insects are farmed in a modern facility that is “cleaner than any farm I have ever been to and they just get fed fruit and vegetable by-product which is checked for pesticides and other chemicals before they eat it”. Yora’s black soldier fly larvae are supplied by Protix, a Dutch high-tech farming company.

On whether pet dogs like the taste of Yora’s products, Bisset said the company has had a “very low return rate”.

Insect products have always had a “yuck effect” in the food industry, especially in Europe, said Entoma’s Cantet. “But since it is for pets and with health and ecological benefits, pet owners forget about this ‘yuck effect’,” she said. This is especially the case for eco-conscious pet owners. 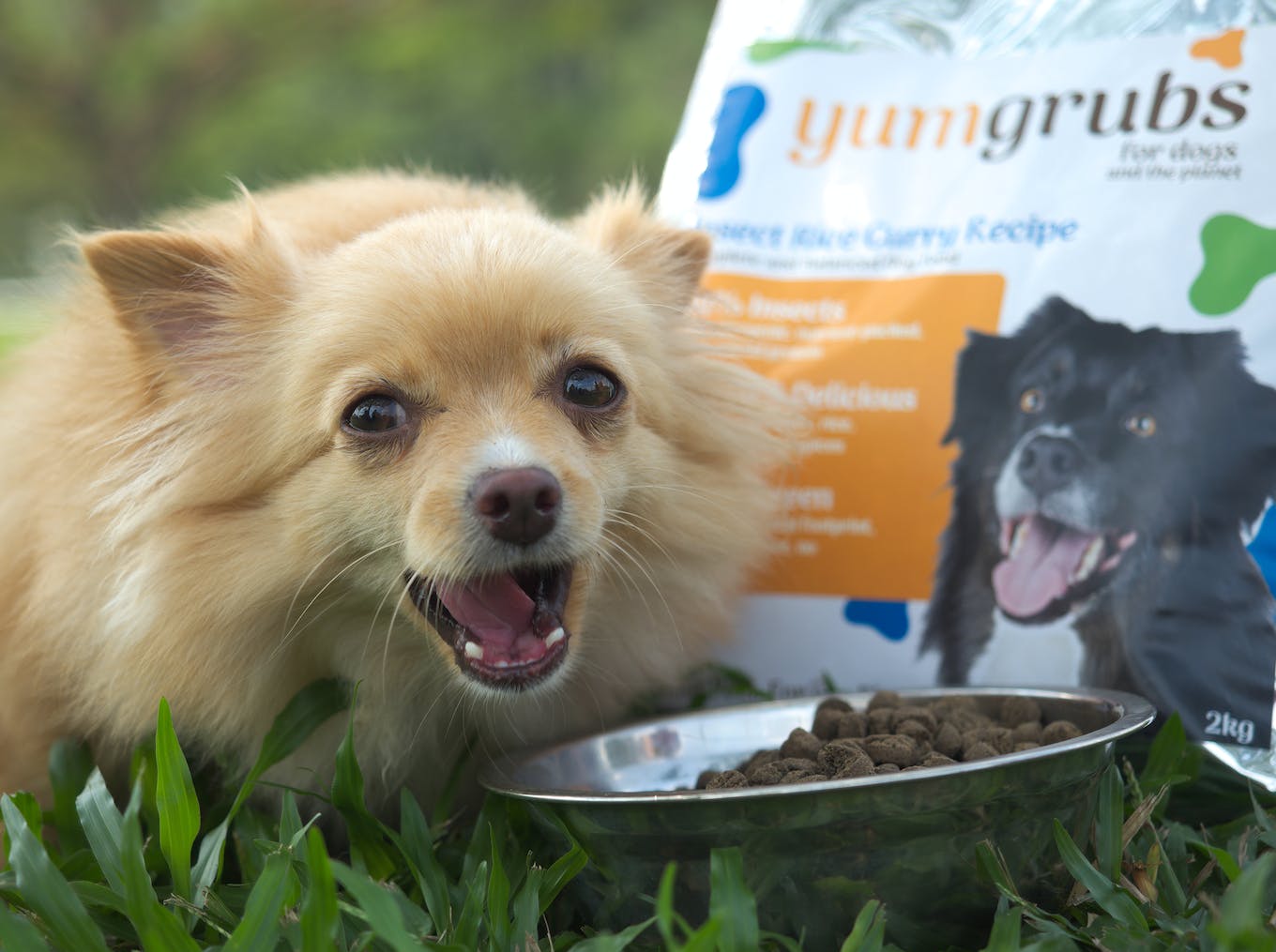 It soft-launched its pet food brand, YumGrubs, late last year and expects to do a full launch before the Christmas season this year, making the dog food available at places like pet product retailers, said Protenga’s founder and chief executive Leo Wein. It is developing cat food but no launch date has been set.

It is in the midst of commissioning a pilot commercial facility in Malaysia’s Johor state, that will allow it to produce container-loads of insect protein for aquafeed and dog food each month. Protenga is, first and foremost, an insect technology company whose solutions include decentralised insect-farming modules that can be deployed close to where waste biomass such as palm oil by-products are generated, said Wein.

Some insect start-ups in Asia produce oil and protein powder for poultry or aquafeed, and frass (insect poop) for fertiliser. Others develop products for human consumption.

Wein said developing pet food helps Protenga create visibility and engage with end-consumers on what goes into food. Compared to human food, there are fewer regulatory hurdles for pet food and the distribution channels are also different, he noted. The company also wanted products that consumers would regularly buy.

Prices of insect-based pet food are in the mid- to upmarket range, but market research has shown that the pet care industry in Asia is expected to grow as more people treat pets as part of the family and are willing to fork out money for their well-being.

“Not everyone will be a customer; there are some dog owners that categorically say no (to insect-based dog food),” said Wein. “But you have a growing segment for whom it intuitively makes sense… and then it becomes more of a data and evidence-based sales conversation.”