The women fighting for a greener and equitable world in Asia

From empowering farmers to calling out banks that fund coal, this International Women’s Day, Eco-Business highlights the different ways women are fighting for environmental justice across Asia.

Over the last year, the pandemic and its economic fallout have had a regressive effect on gender equality.

There was increased violence against women and girls and tens of millions more women plunged into extreme poverty as they lost their jobs at a higher rate than men and paid the price for a lack of digital access and skills.

But women continue to stand on the front lines of the Covid-19 pandemic, as health care workers, caregivers, innovators, community organisers, and some of the most effective national leaders in combating the pandemic.

In the fight for environmental justice, women have also led the charge through organising, empowering each other and standing together.

In many ways, women bear the brunt of climate change as they represent the majority of the world’s poor and are proportionally more dependent on threatened natural resources. Women across the world also have less access than men to resources such as land, credit, agricultural inputs, and education.

For example, in developing countries, women are responsible for producing 60 to 80 per cent of food yet are regarded as domestic producers or assistants on the farms.

It is in this context that women continue to lead the fight for a greener, equitable and inclusive world.

This International Women’s Day, Eco-Business shines a spotlight on four women in Asia who have continued to defend the environment and their communities in the midst of the pandemic. 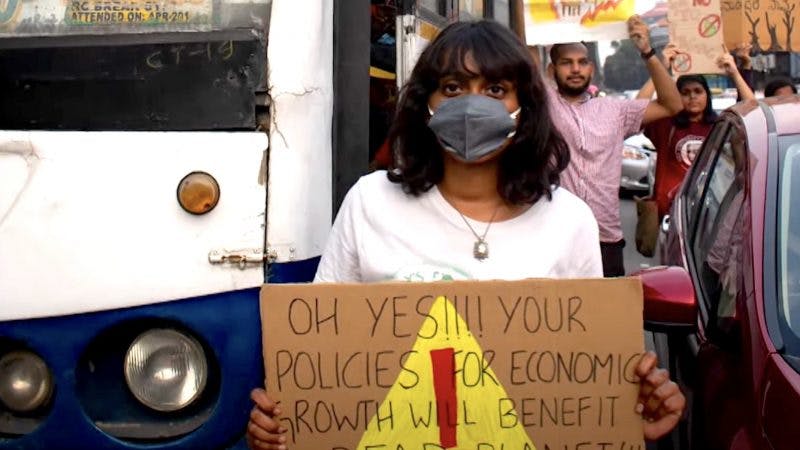 Disha Ravi is co-founder of the India branch of the global climate movement Fridays for Future. Image: Screenshot from YouTube Video by Mojo Story

In 2019, Disha Ravi co-founded the India branch of the global climate movement Fridays for Future and began organising strikes across the country.

Last month, the 22-year old was arrested for alleged involvement with an online toolkit connected to India’s ongoing farmer protests, which police say is evidence of a coordinated international conspiracy against India.

The toolkit rose to prominence after Greta Thunberg’s tweet on 3 February, and contained information, hashtags, suggested actions, ideas and contacts for those who wanted to support the farmers.

Since November, thousands of farmers, mostly from the northern agrarian states of Punjab and Haryana, have camped out around Delhi to demand the repeal of new farm laws that they feel will dismantle a subsidy system that has protected them from the vagaries of the free market for decades. 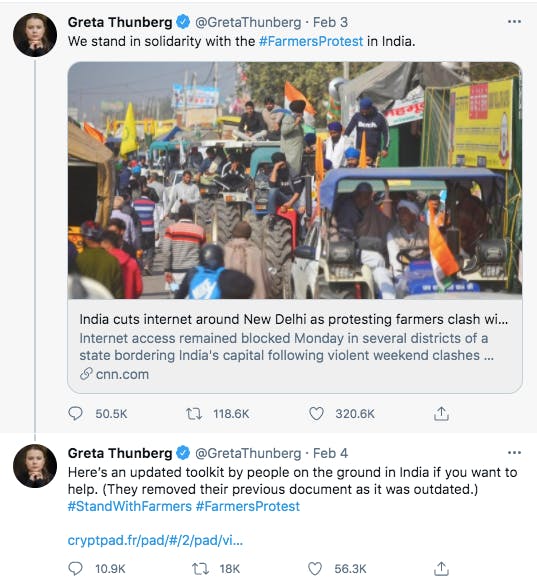 Ravi stated in court that she had only edited two lines of the toolkit, and there was no seditious motive behind it. She has since been bailed out, but activists say Ravi’s arrest shows a deeply worrying pattern by the government to erase all dissent.

She was also a speaker at Asia Climate Rally 2020, a series of online and physical events organised by youth climate activists from nine countries to call on their governments, corporations and other institutions to take bolder climate action and protect indigenous and vulnerable groups in society. 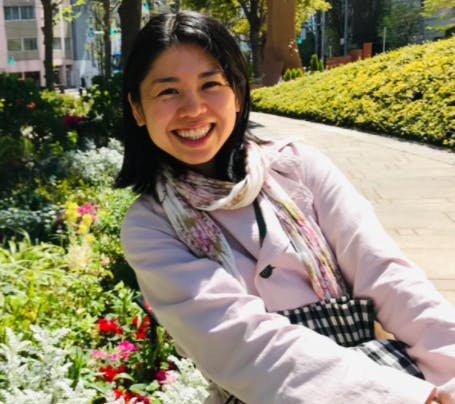 Japanese banks have been infamously at the top of the list of the world’s biggest lenders of coal, providing around US$576 billion in loans over the past two years.

While 2020 saw the top three Japanese banks signal a shift away from coal, the world’s dirtiest fossil fuel, loopholes remain for the banks to finance new power plants already in the pipeline.

“The coal policies adopted by Japanese banks are among the weakest in the world. They only cover a small portion of banks’ lending and do not rule out corporate loans or underwriting for companies that are still building new coal plants in Japan, Vietnam, the Philippines and elsewhere,” Watanabe said in a recent article in Eco-Business.

Eva Bande, fighting for justice and land rights in Indonesia 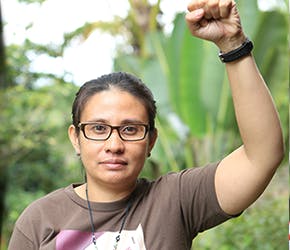 Eva Bande is an Indonesian land rights activists and recipient of the prestigious Yap Thiam Hien Award in 2018.

In 2010, Eva Bande was jailed after organising farmers to protest against a palm oil company owned by a powerful local family. Four years later, she made headlines when she was pardoned by Indonesia’s then newly elected president, Joko Widodo.

In a documentary by Mongabay and The Gecko Project, Bande mentions that she saw herself as a “symbolic token” for the Widodo administration, a gesture to demonstrate his commitment to agrarian reform.

But until today, agrarian reform in Indonesia has not come to pass. In contrast, 2020 saw the government push through the omnibus law on job creation that contained a slew of environmental deregulation measures and may entrench corporate power.

This means the responsibility of pressing for agrarian reform once again falls on grassroots organisers like Bande. This International Women’s Day, Bande continues to fight for women’s independence and freedom in the agrarian sector.

“The agrarian situation in Central Sulawesi is not improving. The long-running exploitation continues, people’s movements are taking a step back due to Covid-19. In such conditions, women are cornered because they experience pressure from various directions,” she said in a written statement.

In 2018, Bande was the recipient of the prestigious Yap Thiam Hien Award, which recognises human rights defenders in Indonesia. 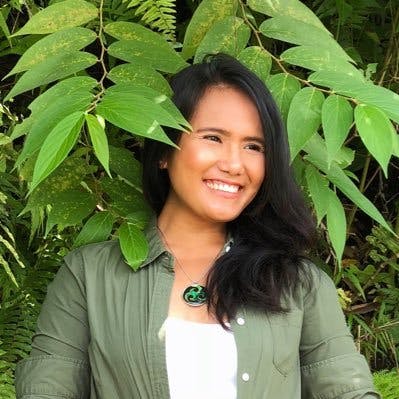 At the age of 12, Cherrie Atilano started working with sugarcane farmers on her father’s farm, and taught them the basics of planting their own food around their houses.

As the founder of the social enterprise Agrea, and a consultant to the Philippines’ Department of Agrarian Reform, Atilano works to empower farmers through inclusive sustainable agricultural programmes.

Working with over 30,000 farmers across the country, Agrea’s programmes include financial literary, technology training and even entrepreneurship workshops.

Farmers have also learnt how to rehabilitate their soil and diversify their crops and services. Through the programme, some women have learnt to use their farms to generate additional income through eco-tourism.

Atilano is an advocate for women and youths in the sector, who experience disproportionate impacts and face legal barriers within the sector. In 2020, the organisation established their second farm school to train and mentor women farmers to be food producers and achieve food security.

International Women’s Day (March 8) is a global day celebrating the social, economic, cultural and political achievements of women. This year’s theme is ‘Women in leadership: Achieving an equal future in a Covid-19 world’. Do you have a story to tell us about a woman who has transformed your community for the better? Tell us in the comments below.