News Ecosperity 2019: From ambition to action

The coolest sustainability innovations at Ecosperity 2019

Can we maintain our quality of life and feed humanity without costing the earth? Innovators shared their innovations that could transform current modes of production and consumption in Singapore.

From truly biodegradable plastic straws to lab-grown shrimp. Innovators presented their solutions for steering humanity towards a more sustainable future at the Ecosperity Showcase in Singapore.

The solutions, which addressed ways to improve our energy, waste and food systems, aimed to redefine consumption patterns and revolutionise some of the most polluting industries to tackle the world’s most pressing problems.

Here are the coolest innovations we saw at Ecosperity 2019 in June.

Even those who are unmoved by environmental issues will have woken up to plastic pollution when microplastic was found in human stools for the first time last year, confirming that the material has entered the human food chain. 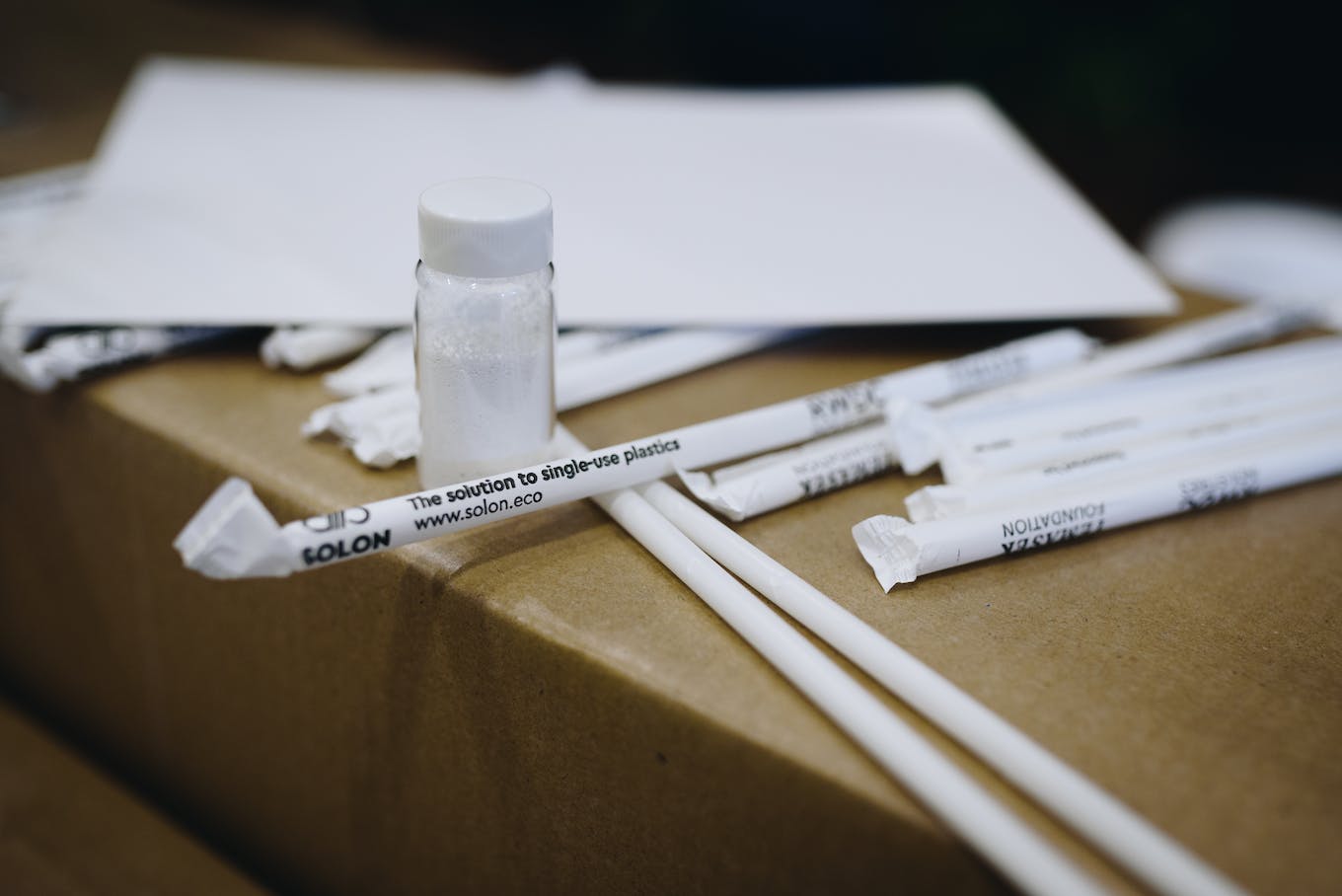 Singapore alone consumes 2.2 million plastic straws a day. The use of drinking straws is deeply ingrained in many people’s daily lives, but a survey showed last year that 80 per cent of Singaporeans were actually ready to ditch the habit, provided there are alternatives. This is where RWDC Industries comes in.

The Singapore-based company, which won last year’s edition of sustainability solutions contest The Liveability Challenge, has developed a naturally biodegradable and highly versatile single-use plastics alternative from plant-based oils. The material can be used not only to produce drinking straws, but cutlery, cups, and food containers.

The firm intends to make its straws available in commercial quantities starting in Singapore later this year, with plans to scale up production. 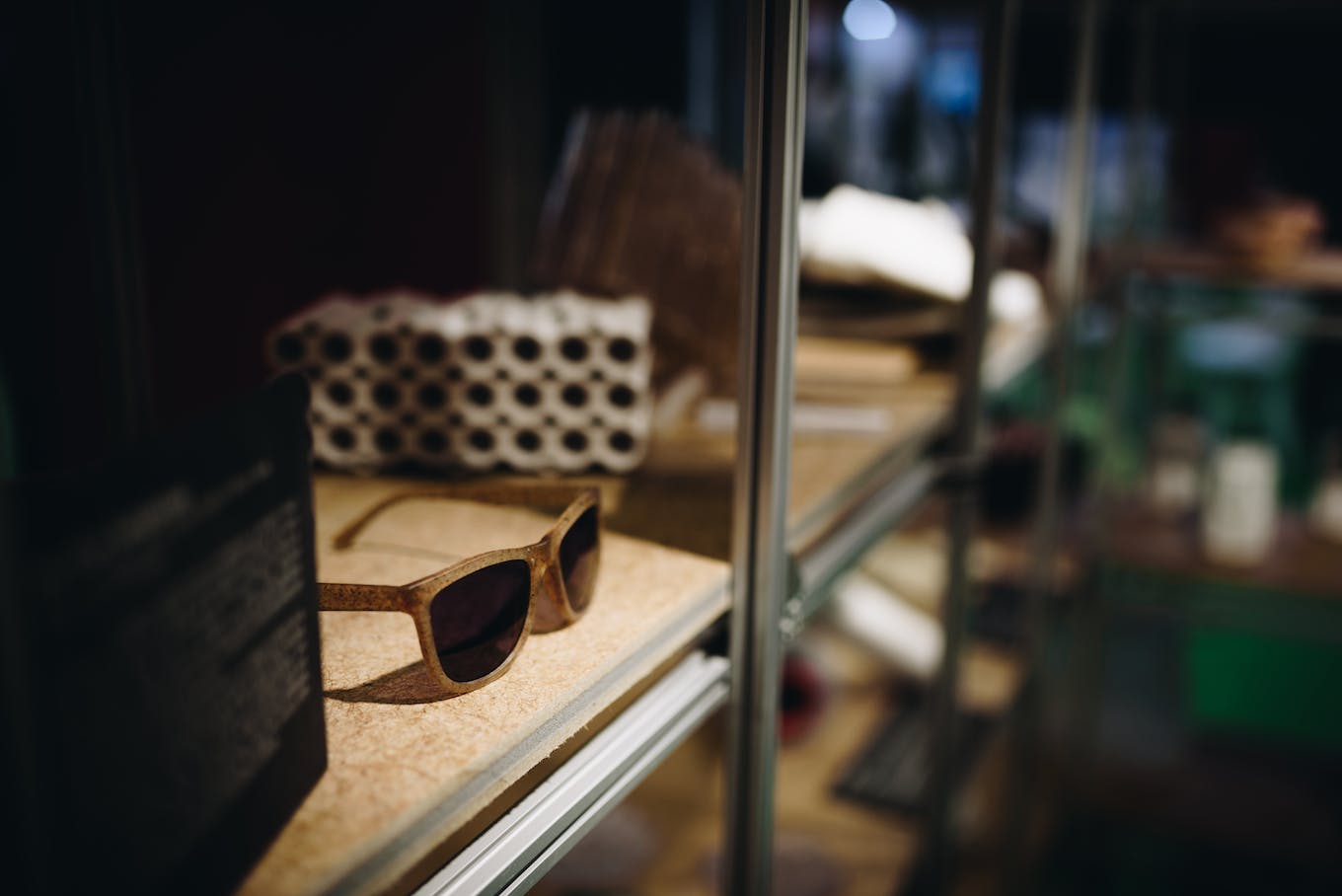 Taipei-headquartered company Miniwiz recycles waste to produce a wide range of products from sunglasses and shoes to building materials and furniture. There seems to be no end to the potential of trash. Image: Eco-Business

At the other end of the value chain, Taiwanese recycling company Miniwiz seeks to have a different sort of impact. Dedicated to unlocking the potential of the things we discard, the firm upcycles consumer trash and industrial waste to create products ranging from sunglasses and furniture to building materials and boats.

To tackle waste and enable recycling everywhere, the company has created a mobile recycling machine. The “Trashpresso” plant runs on solar power, making it deployable off-grid, and recycles plastic and fabric waste to produce architectural tiles. 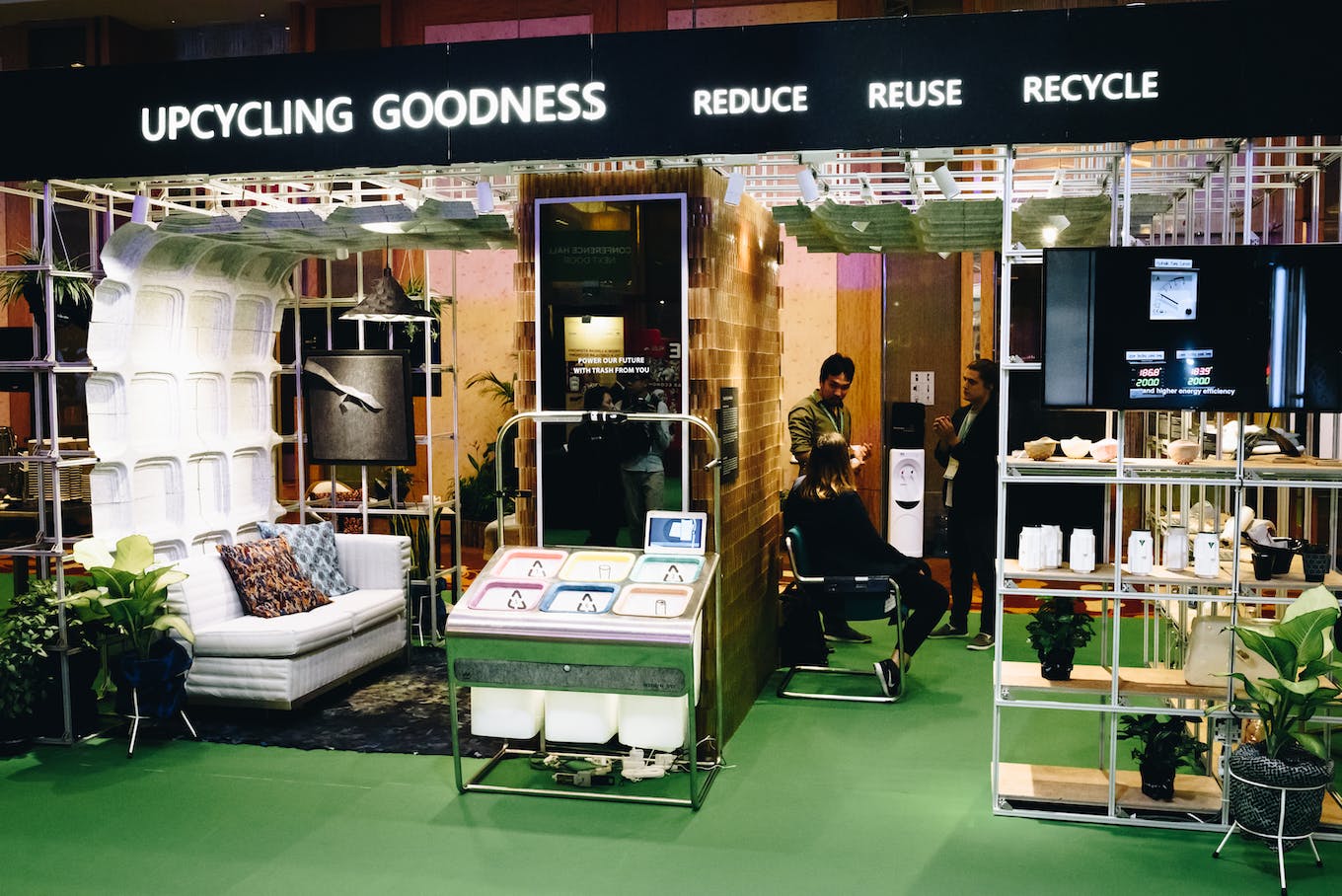 The Miniwiz booth at Ecosperity, showcasing the full potential of trash. Image: Eco-Business

Upcycled style on the rise

Resources used to produce clothes pollute the air, water and soil, and yet, nearly three-fifths of clothing is discarded within a year of being produced. The apparel and footwear industries also account for close to 10 per cent of global carbon emissions.

Trash to Fash tasked participants to create apparel that appeals to contemporary youths using only upcycled materials and recycled fabric made from PET bottles. 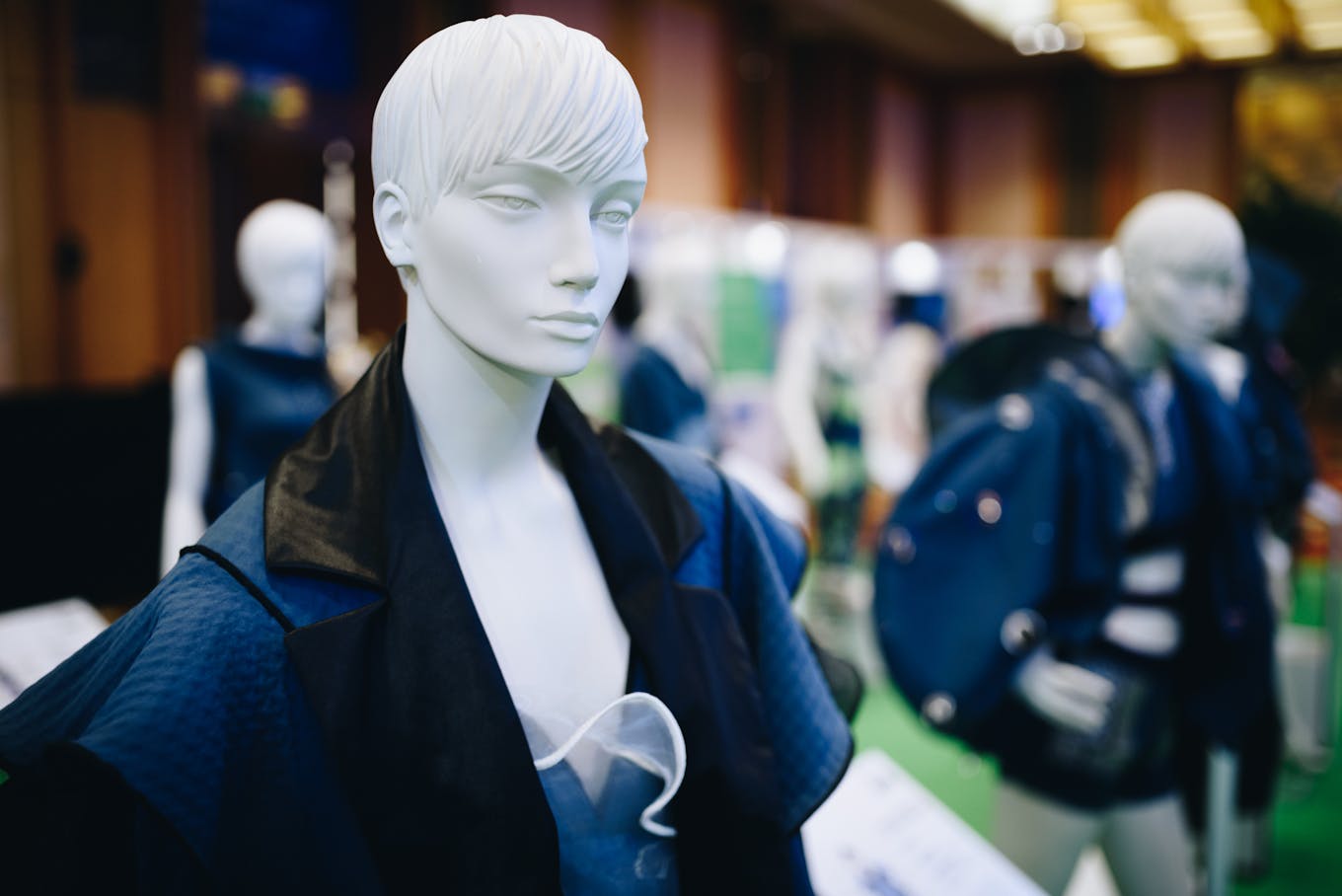 The winning ensemble of Temasek’s upcycled fashion competition on display at the Ecosperity showcase. Image: Eco-Business

From lab-grown shrimp to Singapore-grown strawberries

By 2050, the United Nations estimates that the world population will reach 9.7 billion, and 68 per cent of us will live in cities.

Feeding nearly 10 million mouths with a food supply already under threat from climate change and land degradation calls for a radical transformation of the way we produce and consume food.

Livestock farming already accounts for about 15 per cent of total greenhouse gas emissions and over 90 per cent of the world’s marine fish stocks are estimated to be overfished or fully fished. Until now, land-based solutions such as shrimp farming have exacerbated the problem by destroying mangroves and polluting waters in countries like Vietnam, Thailand and Indonesia. 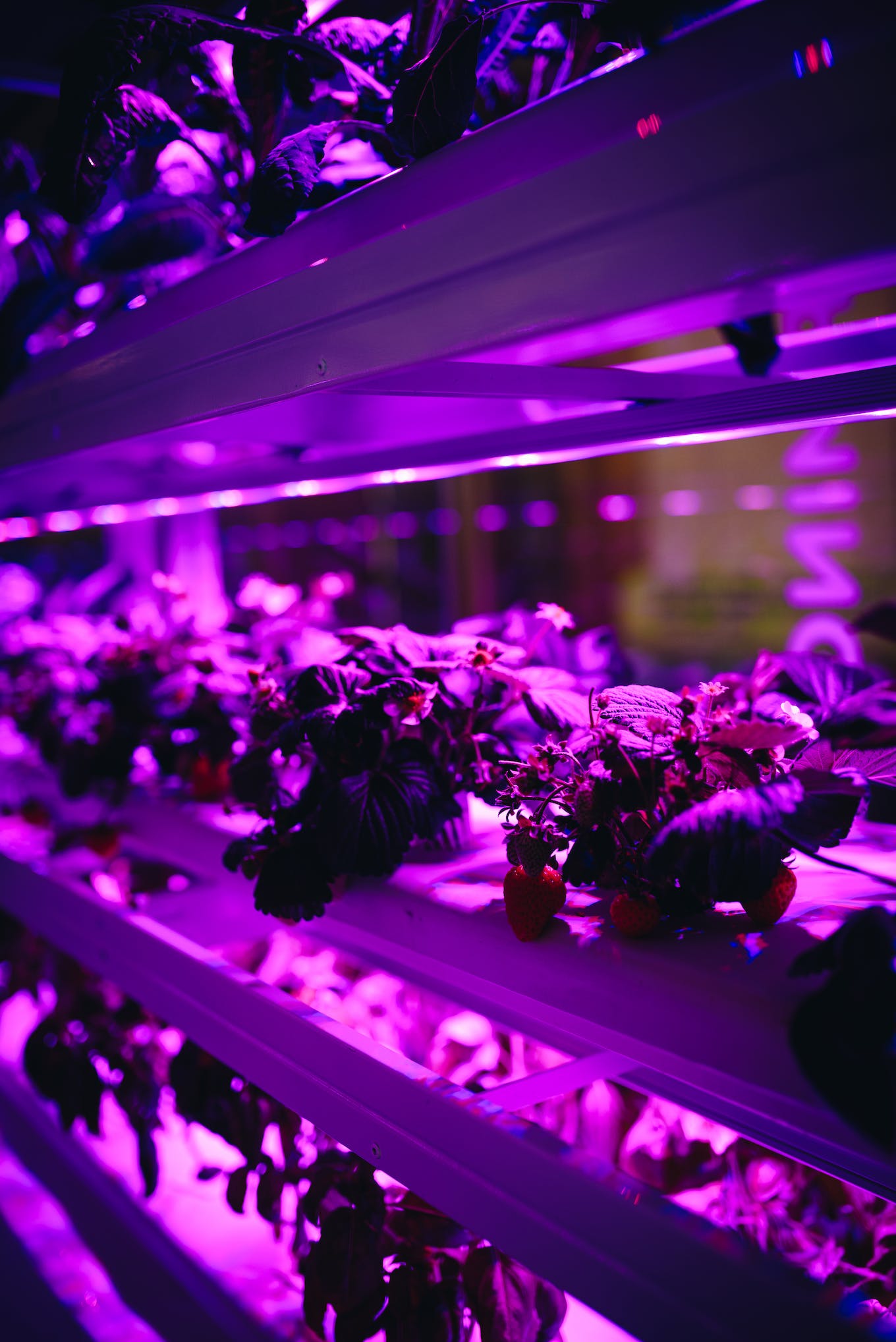 The world’s population is growing faster than ever. Cutting-edge vertical farming designs could be one approach to food production to sustain it. Image: Eco-Business

Among the disruptive innovations that could strengthen food security are high-tech vertical farming, alternative proteins such as plant, insect-based and lab-grown protein and vertical aquaculture designs.

Singapore-based company Sustenir Agriculture has come up with a vertical farming system that enables even non-native crops like strawberries or kale to be grown in the space-constrained city-state, while the use of artificial intelligence (AI) further increases productivity.

To push back against overfishing and mangrove destruction, Apollo Aquaculture, a Singaporean seafood farming company, has developed Singapore’s first land-based, vertical farming system for both fish and shrimp.

The use of a recirculating aquaculture system means the farm has better control over environmental risks such as algae blooms and disease outbreaks and does not rely on antibiotics and hormones. It also enables higher and more consistent yields while using less water and land compared to conventional fish farms.

The company plans to deploy its first vertical farm by 2020 and to eventually contribute about five per cent of Singapore’s total fish consumption by 2023. 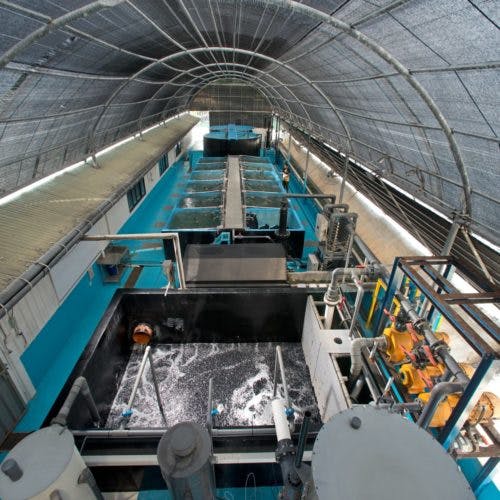 In an effort to transform the shrimp industry, the Singapore-based clean meat company Shio Meats has taken a different approach.

A common issue with shrimp monocultures is their susceptibility to disease, which has resulted in the growing use of antibiotics and harmful chemicals in the industry, so the company decided to try producing a clean variety of the much-loved seafood in the lab by isolating stem cells from a shrimp and growing them in a nutrient mix in bioreactors.

Aware of the heavy environmental impacts of meat production, and of the fact that few people would be willing to change their diets for the sake of the earth, the Californian food technology firm Impossible Foods makes plant-based food rich in protein that look, feel and taste exactly like meat while containing less fat and calories. 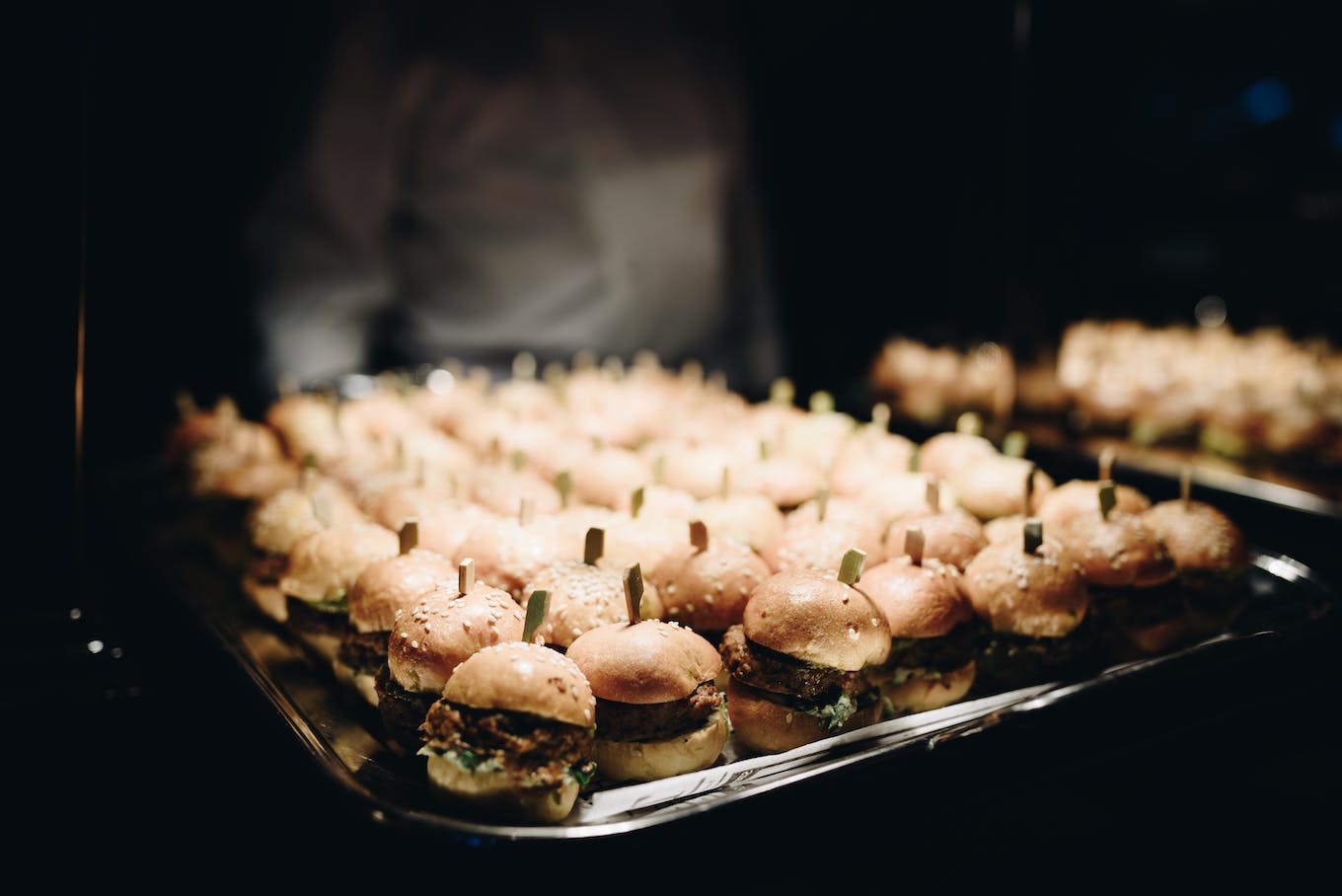 The now-famous Impossible Burger gets its “meaty” flavour from a protein naturally found in soy roots, but making it produces six times less greenhouse gas emissions and uses only a fraction of the land and water compared to beef.

How can the fashion business make recycled garments sexy?

An estimated US$500 billion is lost every year from barely worn clothing that is landfilled or burned. Can Asian consumers tap their growing spending power to change the fashion industry for good?
How can the fashion business make recycled garments sexy?

How can Southeast Asia’s clean energy transition be sped up?

This year's Ecosperity conference explored how to get Asia's circular economy spinning, speed up Southeast Asia's clean energy transition, and better manage the region's dwindling water resources. Here's what we learned this year.
From tipping cascades to exponential curves: 5 things we learned at Ecosperity 2019