This slow fashion advocate and Roots and Shoots club leader shares the importance of sticking to your beliefs and going against the grain despite meeting strong resistance at the beginning of her environmental activism journey.

Raha Islam stumbled into the world of sustainability out of necessity. Unable to afford beautiful handbags, she started to create her own designs with old clothes. At that time, she had not realised that she was reducing her impact on the environment by repurposing old clothes.

Her passion for designing bags and clothes developed into an interest to recycle in other ways, and eventually into a strong sense of environmental activism. Her journey with Roots and Shoots, a global environmental, animal welfare and humanitarian outreach programme founded by the Jane Goodall Institute, began in 2014 when she presented one of her recycled jute bags to Jane Goodall during an awards ceremony in the United Arab Emirates (UAE), where she was raised.

Today, she’s a Roots and Shoots Club leader, organising various activities and events focused on environmental problems with over 100 other students at her university, Chang Jung Christian University (CJCU) in Taiwan.

Born in Bangladesh as a third culture kid, Islam draws comparisons between environmental awareness in the UAE and Taiwan, and sees the importance of inculcating environmental values from a young age.

“You can’t force adults to listen to you if they’ve been taught not to care about the environment from a young age. Environmental education is important for children to learn that humanity has done enough damage to our planet and while we can’t reverse some of the damage, we have the responsibility to stop it from further worsening,”  she said.

In this interview with Eco-Business, Islam shares more about her role as Roots and Shoots Club leader, how she was bullied for pursuing environmental activism at a young age, and her advice to other passionate youths.

I’m part of the International Programme for Sustainable Development (IPSD) offered by CJCU. Our entire department is dedicated to sustainability. We study all the environmental-related subjects such as environmental toxicology, environmental ethics, geoscience, and sustainable development. My second major is philosophy. I am trying to integrate the two subjects together to better understand environmental philosophy.

What do you do as Roots and Shoots Club leader?

We organise various activities such F**kup Mornings, where we invite professors and students to share their stories of failure and how they made a comeback from the worst moments of their lives. This was inspired by the global movement F**kup Nights. We’ve also had a religion, society and the environment seminar in which we had a debate between speakers from three different religions—Islam, Christianity and I-Kuan Tao—and how each religion teaches about humanity’s role to protect the environment.

My favourite project was on slow fashion, which takes into account all aspects of the supply chain and makes use of sustainable materials. The negative environmental impacts of fast fashion are now well-known, as it is the second biggest consumer of water and produces more carbon emissions than all international flights and maritime shipping combined.

We collected over 64 kilogrammes of donated clothing around my university’s campus, and held a two-day workshop to teach students how to design and create their own clothes with the existing materials. The main event was a Slow Fashion Show which was amazing.

Most recently, she was on a panel titled Ecosperity Conversations Special Edition: Reconnecting with Nature alongside Jane Goodall where they discussed the role of youths in the environmental movement.

When did your love for sustainability begin? One of Islam’s many reworked designs, repurposing a pair of pants into a bag. Image: Raha Islam

We didn’t have a lot of money growing up and couldn’t afford most beautiful things. So I took my old clothes and asked my mum to stitch up different designs that I created. We kept doing that until I reached a point where it was no longer about the money, but my personal interest since I could customise things that I wanted while recycling. I started receiving compliments and encouragement from people who couldn’t believe that they were made from recycled material. That’s how it all began.

I feel a sense of accomplishment with my homemade items, there’s a different emotion tied to the object when you create it. I can have as many things as I want, but I’m not actually producing more waste. I’m using what’s already there.

I also wanted to take this opportunity to thank my principal Mir Anisul Hasan and teachers Afroz Akbar and Metchie, who were always there to support me. In addition, another teacher, Anita Soul, was like a fairy godmother as she turned my life around by introducing me to the eco-club. Back home we call our eco-club Nishorgo, which was a platform for me to reach my goals. My journey began there.

There’s a constant debate about the importance of individual action versus systemic action. What do you think about that?

I think that both are equally important. As a student, I haven’t yet reached a position of great power. I guess as the leader of the Roots and Shoots Club in CJCU, I have some organisational power to initiate events and raise awareness. Right now, a lot of my work involves educating and encouraging individual action among youths. Hopefully, these small actions galvanise people to join in the wider environmental movement.

Having lived in both UAE and Taiwan, what are some significant differences that you’ve observed?

UAE is a rich country and there’s a general sentiment that everything can be solved by money. There are many technology-based environmental solutions now, but my opinion is that they’re just trying to jump on the sustainability bandwagon, and aren’t doing it for the right reasons. These advanced solutions make it difficult for the general public to understand the importance of sustainability and connect it to their personal values and actions. The Expo 2021 in Dubai is a good example, there are so many exhibitions of sustainable buildings that are mesmerising, but how much resources are being wasted and how many people can afford these solutions? When you’re trying to raise awareness, solutions should be as accessible as possible. 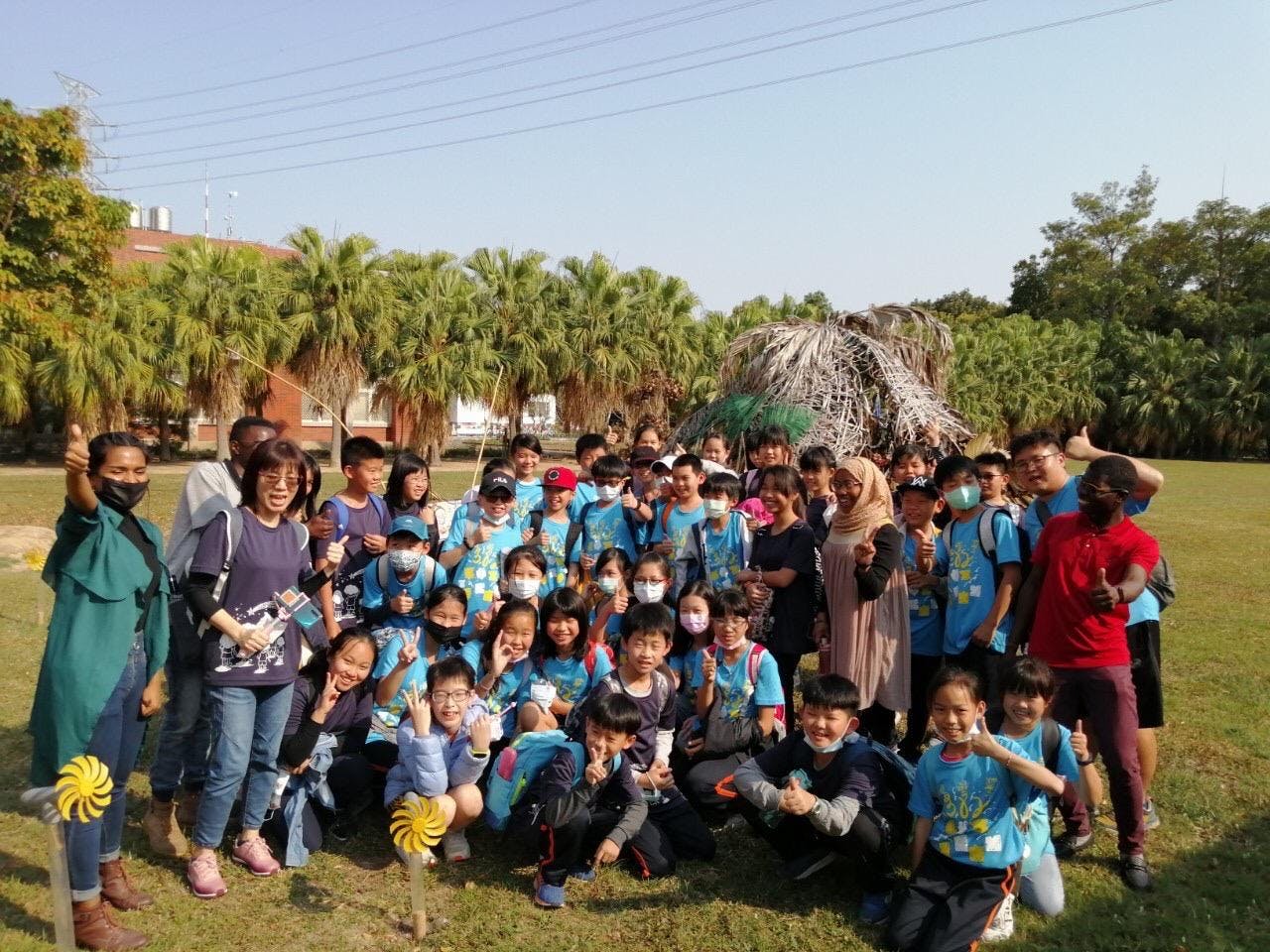 It’s very different in Taiwan, people here are genuinely trying. I have been working with many local communities in Taiwan and the general public is environmentally aware. Young students come to CJCU to learn about climate change and what they can do about it, and they actually go back to their own schools to implement what they’ve learnt. The biggest difference is that kids in Taiwan learn from a young age that they have to take care of the environment, it’s ingrained in the culture.

When I was in high school in UAE, teachers were quite outdated and thought that environmental activism was a waste of time. They even actively discouraged students from studying environmental science, and preferred subjects like literature.

What advice do you have for youths interested in sustainability?

When I was in high school, I was often bullied for pursuing sustainability. You’ll be surprised because I was bullied by my teachers who didn’t see the importance of environmental advocacy. At that time, I was going through the garbage cans to record how much waste we accumulated each day. The teachers would say, ‘If you continue going for these trash activities, you’re going to fail my subject.’ They didn’t want other students to follow what I was doing, and they said I was ruining my future acting as a waste collector in school. 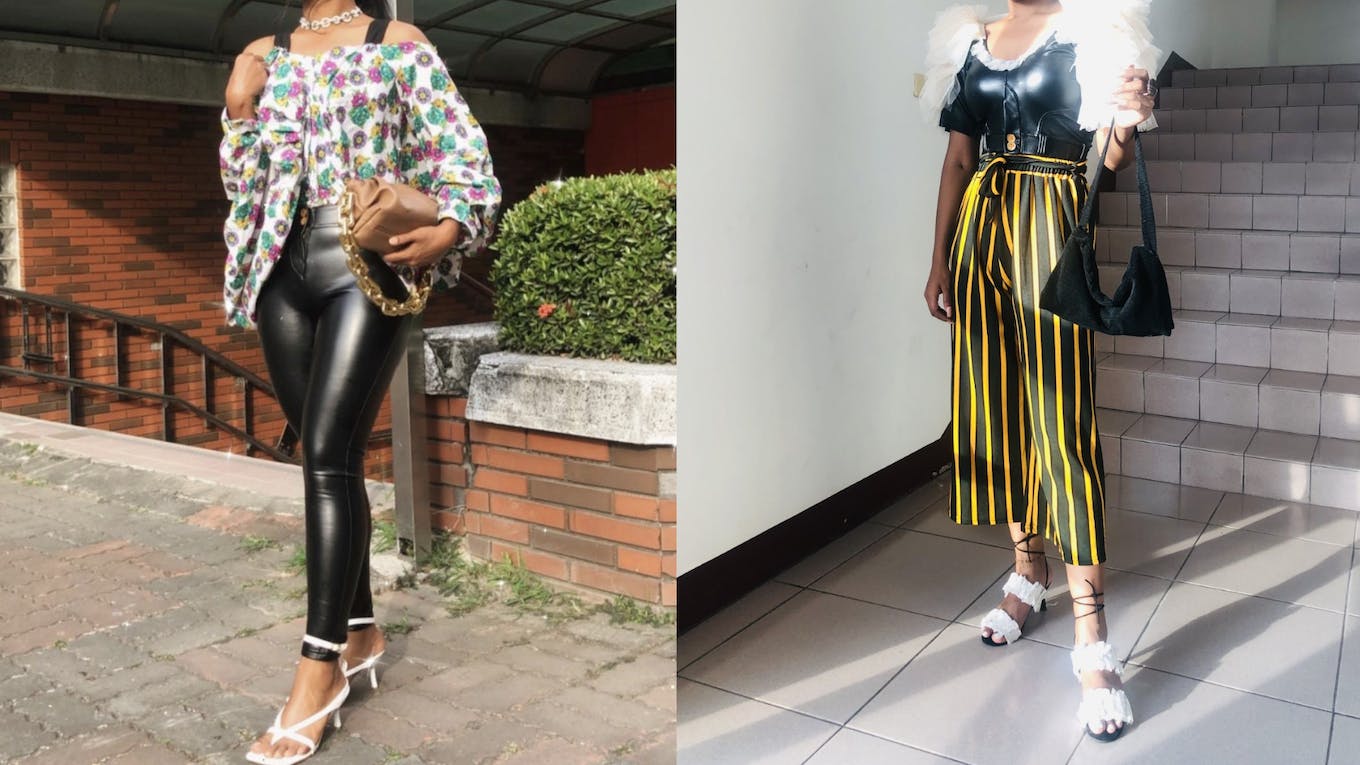 When students saw my reworked items, some of them would even throw them on the ground and leave. I was only in grade 7 or 8. But things have changed now, and it gives me hope. People have begun to appreciate my designs, some even wanted to buy them from me.

I want to tell my fellow students not to let anything stop them. If you know what you’re doing and you’re passionate about it, just go for it. One day you will reach the peak of your success, and people will look up to you and think that’s where the revolution started.