Professor Mark van Loosdrecht is a man who lives and breathes science. An avid lover of the scientific method and discipline, he describes himself as most at home when he is conducting experiments or discussing technical concepts with his students.

It is this devotion to science that eventually led him to pioneer a cutting edge, sustainable solution that significantly reduces the energy required to clean wastewater by the time he was in his mid-30s, providing municipalities and communities around the world with safe water and lower cost.

“It is the science that drives me and finding applications that help people, while making scientific breakthroughs, is a real bonus,” he says.

Then an assistant professor of environmental biotechnology at the Delft University of Technology in his native Netherlands – where he has lived all his life – he was fixated on finding ways to combine biology and engineering.

Specifically, he was looking at how the biological life forms such as plants, animals, bacteria and fungi can be harnessed to develop environmentally- friendly engineering solutions.

It was at Delft that he achieved a breakthrough by identifying a unique group of bacteria that could remove nitrogen from wastewater without the presence of oxygen – something that had evaded scientists for years.

This breakthrough enabled him to create an energy-efficient, sustainable water treatment solution called “Anammox” that is now used in treatment plants around the world and gained him worldwide fame as a leading authority in water treatment.

Anammox significantly reduces the overall energy consumption, chemical usage and carbon emissions of a conventional used water treatment plant, Compared to convention denitrification – treating waste that has high nitrogen content – Anammox can help treatment plants save up to 60 per cent in operational costs.

The process can therefore help authorities treat municipal wastewater and solid waste, as well as big industries such as food, fertilizer, semiconductor, petrochemical, and metallurgy cut down on their carbon footprint. These services and industries need to treat water that is rich in nitrates and Anammox helps them achieve this more cheaply and efficiently.

Van Loosdrecht was instrumental in building the world’s first demonstration plant using the Anammox process in Rotterdam in 2002.

Van Loosdrecht’s life in science began when he was a child, growing up in The Netherlands as a devoted hiker, camper and bird-watcher. He recalls spending hours out in the field, enjoying the company of plants and birds.

Even today, his favourite way to spend his summer is to go hiking and camping with his partner of 37 years who also works in the water industry. 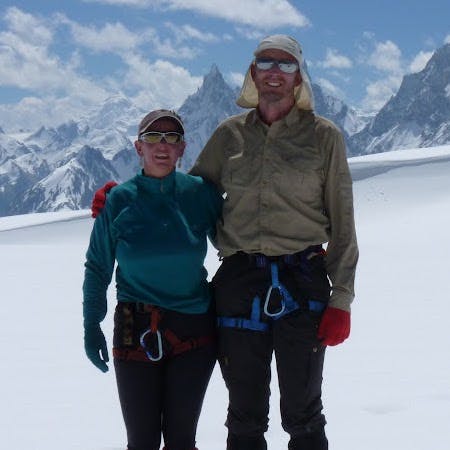 This love for nature inspired him to devote his life to ecology, that is, the study of how organisms interact with their environments, and ultimately, to water.

By 1988, van Loosdrecht had obtained his PhD in Microbiology and Colloid Chemistry and a Master’s of Science in Environmental Engineering from Wageningen University in the Netherlands.

The professor says that he had “never decided” consciously to go into water treatment. But life led him there.

“I think I’m a chemist and biologist at heart, the water field turned out to be a very nice place to research and combine chemistry and biology, and at the same time, develop applications,” he says.

The Dutch have always had an intimate connection with water. As more than half the country is at or below sea level, the Dutch have over the centuries become experts on water management, borne out of a necessity of having to defend their land from the elements of the sea using windmills, dikes and levees for more than a thousand years.

Van Loosdrecht found himself at the right place at the right time, when energy efficiency became a priority for governments such as the Netherlands in the late 80s and early 90s and the next step in the country’s water innovation journey was to find ways to reduce energy usage from producing clean water.

He was 29 years old when he finished his PhD and joined the faculty of Delft University of Technology as an assistant professor teaching environmental biotechnology, a field dedicated to using engineering to solve environmental problems.

Examples include is using organic matter to produce energy in the form of biomass, or tapping microbes found naturally in oil-rich environments to clean up oil spills.

At Delft, van Loosdrecht was assigned to study microorganisms in bioreactors, specifically biofilm systems – or organisms that stick together and form a layer on a surface, such as in pipes or in fish tanks – and how these systems can improve wastewater treatment processes.

During this time, conventional methods of removing nitrogen from wastewater used to require a lot of energy. About half of the energy consumed in wastewater treatment is for aerobic processes - that is, the introduction of oxygen to break down ammonia in the water into nitrogen, which is then removed.

This process is called nitrification and is needed as too much nitrogen in water causes health problems not just to humans but also to marine life.

Van Loosdrecht dedicated his research into looking at ways to reduce this energy need.

At the heart of his Anammox (short for anaerobic ammonia oxidation) process is a unique group of bacteria with enzymes that can produce food from inorganic substances such as chemicals using light or chemical energy.

Through this food production, they convert ammonia to nitrogen, which is then discharged safely into the environment.

While scientists had observed this phenomenon at water treatment plants around the world, nobody knew the mechanism or what was involved.

Van Loosdrecht was able to identify the bacteria, and devise the tools and systems required to harness the natural properties of these bacteria.

This breakthrough not only shortened the time needed for the ammonia removal process in wastewater treatment – hence cutting down the energy needed – it also reduces the chemicals that need to be added into the water tanks to break down the ammonia.

This scientific discovery made a significant difference to water treatment plants, especially those located in energy-scarce locations.

In most industrialised countries, the energy used in the water treatment cycle takes up about 1 per cent to 3 per cent of a country’s total energy budget, according to the United States Environmental Protection Agency.

Anammox can reduce energy required to introduce oxygen by up to 60 per cent and slash carbon dioxide emissions by up to 90 per cent compared to conventional nitrification processes.

With this invention, the professor achieved what had eluded scientists for years: a cost-effective, robust and sustainable way to remove unwanted pollutants from used water.

It might not be sexy work, but his research which successfully married nature and engineering went on to inspire other variants of the technology that are applied in treatment plants all over the world today.

The Anammox process was initially implemented only in wastewater treatment plants in the Netherlands, but has quickly been adopted globally, as it can be applied to any stream with high concentrations of ammonia or organic nitrogen, such as wastewaters from chemical industries, food industries, power plants and those from animal waste.

Today, there are 29 full-scale Anammox plants developed by Paques (licensee of Prof van Loosdrecht’s technology) in Netherlands, Austria, China, Japan and USA in operation around the world.

About three years ago, Singapore national water agency PUB conducted a trial of the anaerobic ammonia oxidation based technology with positive results on improving energy efficiency.

The technology, together with other energy efficiency breakthroughs, could help the city-state halve the energy it imports for water production by 2025, a goal that it had announced earlier in June this year.

Many years have passed since his initial discovery, but Van Loosdrecht continues to labour on finding new innovations on the wastewater treatment process as a professor and the Group Leader of Environment Technology at Delft University of Technology.

For his efforts over the decades, van Loosdrecht has gained worldwide recognition for his groundbreaking research.

In 2012, he became the fifth recipient of the Lee Kuan Yew Water Prize, which was established to recognize outstanding contributions to solving global water problems.

The prize is named after the first prime minister of Singapore and who put the country on the path to water sustainability 50 years ago.

Its winners are selected by a high-level panel of global experts based on their success in applying groundbreaking technologies that have led to significant benefits for humanity.

Van Loosdrecht stood out from 61 nominations from 25 countries for the Prize that year – one of the highlights of the Singapore International Water Week. The event showcases the latest in global water solutions and celebrates the water industry’s achievements during the year. 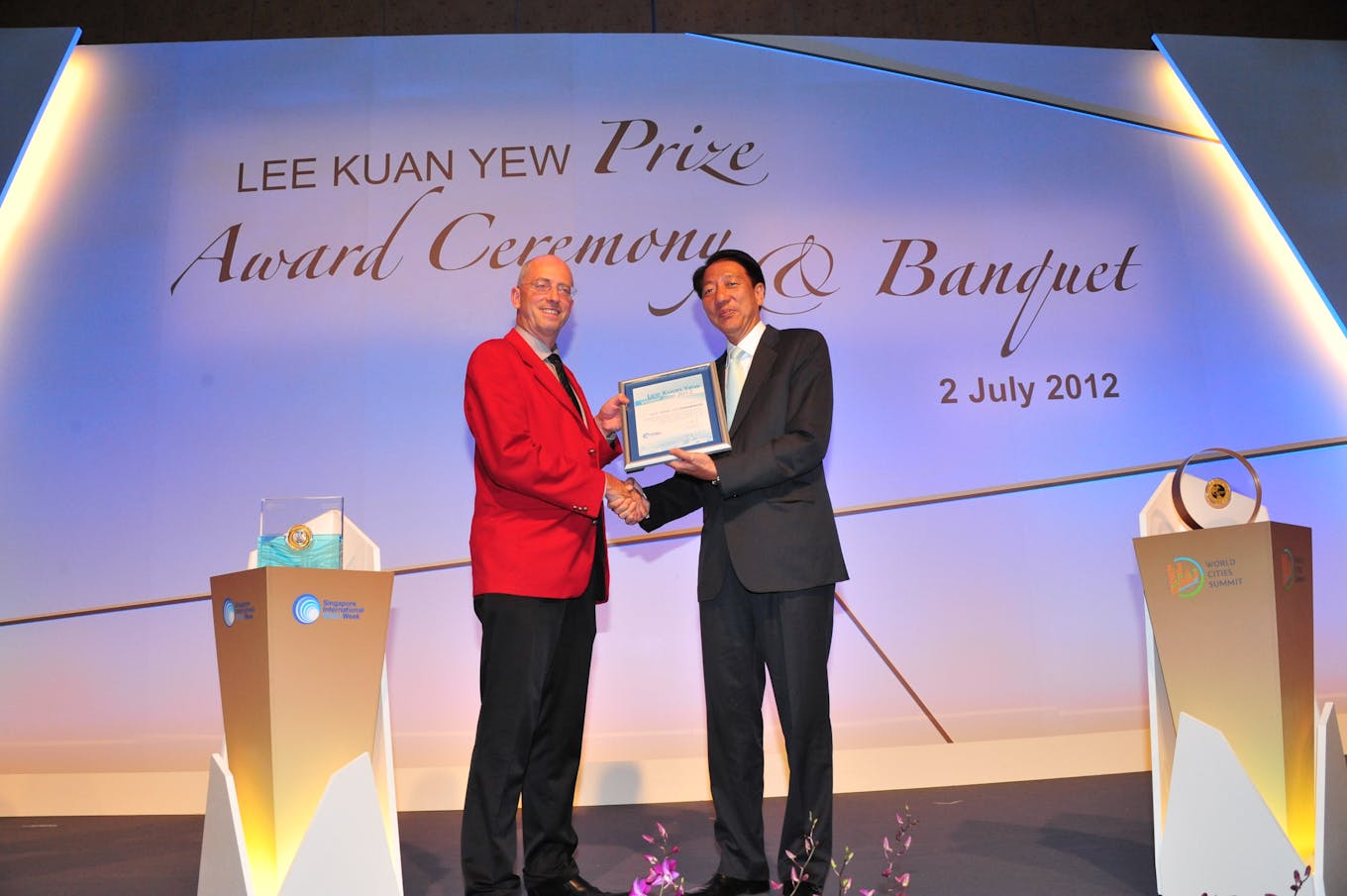 “I was happy and delighted by the honour and recognition,” van Loosdrecht said. “It is also a stimulus to work on new things and further improve the wastewater treatment.”

The professor is now researching on processes that might make wastewater treatment pay for itself.

For example, the next step could involve water plants recovering materials such as polymers from the compounds in wastewater and then selling the materials.

Wastewater treatment might even become a profitable undertaking, he said.

He cites the example of adding the polymers to cement, which will have a positive impact on greenhouse gases, he added.

“This improves the drying and crystallization process, the porosity decreases and effectively, you could make the same structure maybe with 10 to 15 per cent less cement,” says van Loosdrecht. “That means a lot for the construction industry. They can save a lot of money.”

Currently, the cement industry accounts for about 5 per cent of global emissions because of the extreme high heat – and hence energy – needed to produce the material.

The professor is working with a Dutch construction company to test-build the first such structure in Delft, and also researching on recovering materials from wastewater such as cellulose, used make paper and pulp, and bioplastics, plastics derived from renewable biomass sources such as vegetable fats and oils.