The department of finance, whose chief will head the Philippine delegation for the climate talks, said that it will lobby for the long-delayed mechanism that will record how much funds rich nations are giving to poorer recipients.

The Philippines will be pursuing a transparent reporting mechanism where climate funds given by developed countries can be easily viewed by recipient countries, as part of its priorities in next week’s climate talks at the 26th Conference of Parties (COP) in Glasgow, Scotland.

Rich countries have failed to meet their pledge of US$100 billion a year of financing developing nations, such as the Philippines, in the fight against climate change. A spending plan released on Monday showed that developed countries will only reach the promised climate finance three years late in 2023.

The Paris Agreement requires developed nations to provide what is known as “biennial finance communication”, where they give an update every two years on their contributions, but ony a handful of parties have complied with the direction.

“We want to ensure a transparent reporting mechanism, that will not be too stringent for developed countries to comply with but still be acceptable in the international platform,” said Paola Alvarez, spokesperson of the department of finance, at the Pre-COP virtual briefing of the British Embassy in Manila on Tuesday.

“[Having a] common reporting mechanism is something that’s been dragging for a long time. We want to discuss it thoroughly with fellow vulnerable country colleagues to come up with an agreement,” she added.

We want to ensure a transparent reporting mechanism, that will not be too stringent for developed countries to comply with but still be acceptable in the international platform.

Carlos Dominguez III, chief of the department of finance, will be heading the delegation as Climate Change Commission (CCC) chairman-designate. The CCC is mandated by law to represent the Philippines in the climate negotiations, in coordination with the department of foreign affairs.

Alvarez added that the delegation will also be centering discussions on Article 6 of the Paris Agreement, which covers the global carbon pricing mechanism. It is a market-based approach to reduce carbon emissions that uses mechanisms to pass the cost of emitting onto polluters.

The Philippine negotiators will be specifically seeking a resolution that will allow countries to use the emissions saved or avoided in other countries to count towards their own Nationally Determined Contributions (NDCs). This would help nations such as the Philippines to meet their own targets to reduce harmful greenhouse gases, she said.

Alvarez added that the Philippines will also make its pitch for climate justice at the conference, since the country accounts for less than one per cent of global emissions but is among those most at risk for climate change’s impacts.

“We will show the developed countries that we have a lot of layers to mobilise in terms of financing. We need to capacitate local communities and local governments such as creating educational tools for them to understand why we need to adapt and why we need to mitigate,” she said.

With Dominguez at the helm, it is the first time for a minister of finance to head a delegation to the COP. Delegations are usually led by the climate change, energy or environment ministers.

Previous climate negotiator envoys were led by CCC vice chairperson commissioner Emmanuel de Guzman, who is not attending this year. 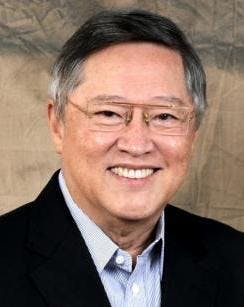 Dominguez, who held the environment portfolio thirty years ago, has represented the country at key climate discussions including last September, at a meeting of the Climate Vulnerable Forum (CVF), a group of developing countries facing the worst impacts of climate change.

Lidy Nacpil, coordinator of the Asian Peoples’ Movement on Debt and Development (APMDD), said that installing someone with a finance background to lead the Philippine team would give the country a chance to secure funding, given the expectation on rich nations to stump up concrete plans on how they will provide climate finance in this year’s conference.

“We hope that with the finance secretary heading the delegation, the Philippine government will be among the strongest voices demanding the immediate delivery of climate finance of more than US$100 billion per year,” Nacpil said.

However, a veteran climate advisor to the Philippine delegation in past conferences said assigning Dominguez to head the local team was “wrong”.

“The department of finance has a very limited view of the negotiations which have science-based underpinnings. It is not just about getting the money. They do not have technical competencies because it is not a science-based or technical institution,” said the climate advisor who spoke to Eco-Business on the condition of anonymity.

The source added that Dominguez’s assigment was merely based on how most foreign aid, regardless of it being related to COP or not, is tied to climate conditions where financing will be disbursed if it will help achieve the country’s NDC.