The country’s largest bank pledged that it will reduce its coal exposure by half by 2033, though it qualifies that this does not include short-term working capital “that companies will need to transition out of the coal business”. It says it has not been financing any new capacity since 2019.

BDO Unibank (BDO), the largest bank in the Philippines, said on Thursday that it will reduce its coal exposure by half, while ensuring that this does not exceed two per cent of its total loan portfolio by 2033.

The bank, in an energy transition finance statement approved by its board of directors on 26 August, added that it specifically defines coal exposure as term loans “that will naturally run their course in 2033”. The bank will continue to provide short-term working capital to “companies that need to transition out of the coal business”.

It also reiterated that all lending to new coal-fired power plants has ceased since 2019.

Making the announcement at the Unlocking Capital for Sustainability (UCFS) Philippines dialogue organised by Eco-Business on the topic of sustainable finance, the bank’s senior vice president and chief compliance officer Federico P. Tancongco said that the bank once thought it best to just “do things quietly and efficiently”, but has now come up with a public declaration in recognition of the role it plays as the largest bank in the country, after months of extensive discussion.

“We have a responsibility to publicly articulate our commitments to our stakeholders and to disclose the actions we have taken towards the investments in our portfolio,” he said. 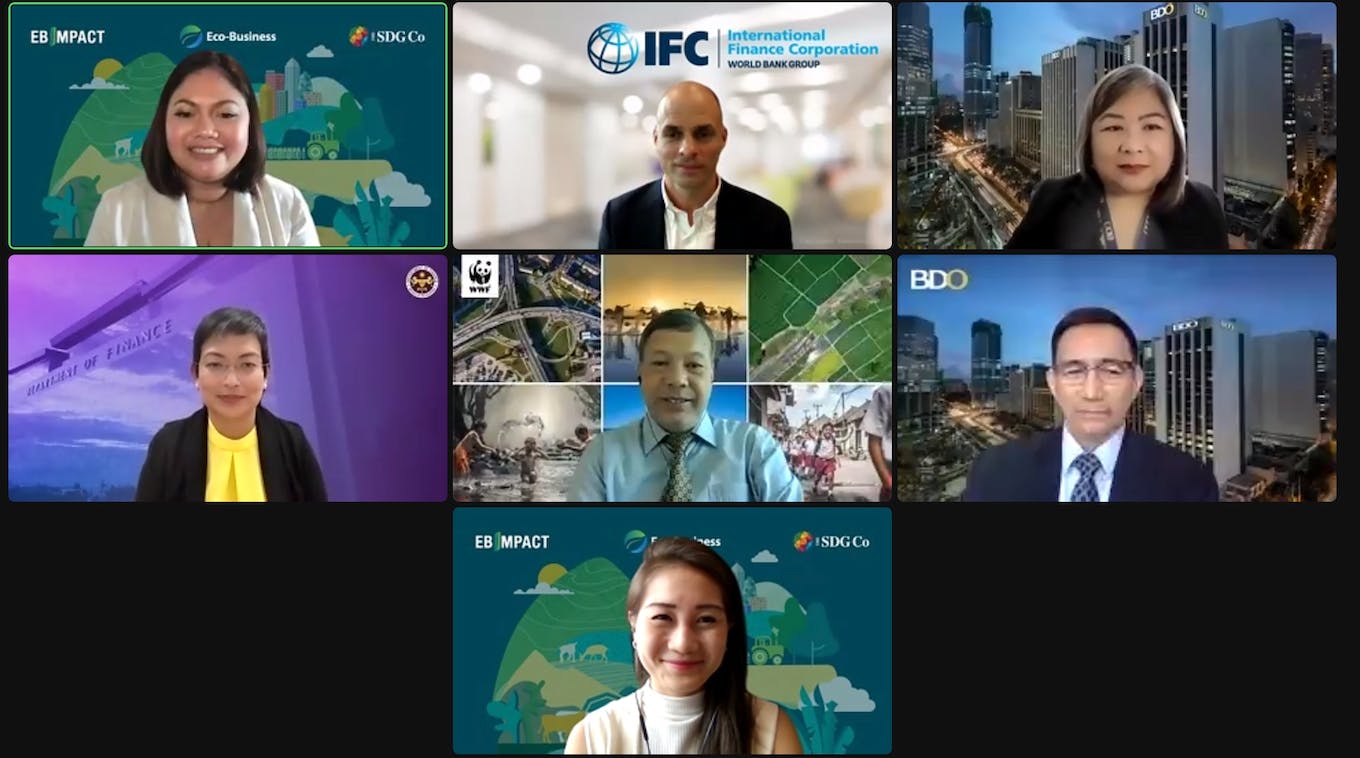 Tancongco described BDO’s approach to the energy transition as “realistic”, adding that in a situation where the Philippine government implements provisional emergency measures to address an energy crisis, or to the extent that the country’s energy resources can no longer meet its energy demands, BDO may reconsider extending capital for coal projects, “in the interest of advancing the country’s social goals.”

“The balanced approach must acknowledge the difficult trade-offs that need to be made along the way between national economic development that depends on affordable and reliable energy, and the relentless pursuit of the broader goal of climate sustainability,” he said.

When probed if the bank’s stance is too cautious, given the multiple caveats it has added to the updated statement, Tancongco said that the qualifications have not been added to allow it to retreat from its pledges whenever it wants.

“We understand that has been happening in many countries in Europe, where corporations and banks which have felt the effects of the Russia-Ukraine War, are continuing to support coal production,” he said. “Ultimately BDO does not intend to finance any new capacity that will increase harmful greenhouse gas emissions in the environment.”

BDO’s decision comes in the aftermath of the Glasgow Financial Alliance for Net Zero, spearheaded by former Bank of England governor Mark Carney, announcing tougher criteria on ending coal financing for financial institutions, with a strong focus on ending financing activities for new coal. Companies that have initially signed up to the alliance risk being kicked out for failing to hit new targets. According to United Nations group Race to Zero, strengthened checks on finance groups could be launched at the COP27 climate talks to be held in Egypt in November.

With its new pledge, BDO joins only a handful of Philippine banks that have made commitments to divest their assets from the dirty fuel, the primary source of greenhouse gas emissions that trigger human-induced climate change. Civil society groups such as the Withdraw from Coal (WFC) network have consistently criticised Philippine financial institutions for moving at a snail’s pace when it comes to defunding coal.

In its four-part declaration, BDO commits to being transparent and accountable for its targets and commitments, making sure that reporting on climate change actions, risk mitigation, metrics and targets are aligned with the recommendations of the Task Force for Climate-related Financial Disclosures (TCFD), a reporting framework currently widely accepted across sectors and jurisdictions.

It will also continue to expand financing for its pipeline of renewable energy projects. BDO currently funds 54 renewables projects across the country.

At the panel discussion, vice president and head of BDO’s sustainability office Marla Garin-Alvarez said this effort to finance renewables has been ongoing since 2010. “We can only continue to fund more of such projects as we divest from coal. So that is where the money would be going,” she said.

“We need a clear taxonomy, so that investors know what they are investing in,” said Arbogast.

On Thursday, finance secretary Benjamin Diokno said at a separate forum that the Philippines plans to boost its fight against climate change by pushing for sustainable financing and investments in climate resilience. Part of the initiatives include the country’s issuance of its first-ever sustainability global bonds earlier this year.

Diokno also said that the administration under President Ferdinand “Bongbong” Marcos Jr., fresh from a highly contested election, is determined to include environmental sustainability in its legislative priorities.

There have been criticisms, however, of the new administration’s plans to tap mining as a means to ensure the sustainable recovery of the Philippine economy from pandemic disruptions.

Responding to a question on how the government will ensure that mining companies adhere to responsible and sustainable practices while giving the industry a boost, Magno made reference to the current administration’s plans to rejoin the Extractive Industries Transparency Initiative (EITI), a global standard for the governance of mineral resources, months after the previous administration withdrew from it. The administration had submitted its letter of intent to do so this week.

“We hope that its implementation can complement and strengthen the regulation of the mining sector in the Philippines. We have a strong policy with respect to the extractive sector. What is needed is for it to be implemented properly,” she said.

Magno added that the Philippines is a country rich in mineral resources, and it wants to take advantage of that “not in the sense that we are going to extract all the minerals”, but it would review its fiscal policy and ensure that “prices that the minerals will fetch reflect the environmental and social costs of extracting these minerals”.

Themed ‘The role of sustainable finance in a disrupted world’, this year’s Unlocking capital for sustainability forum features four regional virtual dialogues spanning Malaysia, India, Indonesia and the Philippines, and culminates in a two-day hybrid event held in Singapore on 20 September. The next dialogue on India will be held on Thursday (15 Sep). Registration for virtual access of the events is free.