Marine pollution caused by the wreckage of a container ship off Colombo’s coast has captured the world’s attention. At a global ocean summit, expert scientists warn that the environmental harm goes beyond plastic washed up on beaches.

When the X-Press Pearl container ship caught fire and sank in the Indian Ocean in May last year, the spillage of ‘nurdles’ or plastic pellets from its cargo came under the spotlight. These pollutants, previously less known and washed up in the billions along Sri Lanka’s coastline, were said to cause the most ‘significant harm’ to the environment.

Now, expert scientists who have taken a closer look at the chemical spillage are saying that the nurdle pollution just forms “the tip of an iceberg”. Of 1,486 containers carried on the vessel, about 80 were classified as “dangerous goods”, containing caustic soda and nitric acid. The ship also carried epoxy resins, used in paints and primers, ethanol and lead ingots, used to make vehicle batteries.

The experts are presenting their detailed findings at global forums, to warn the shipping community of the potential hazards they are putting on board their vessels.

At the One Ocean Summit convened by French president Emmanuel Macron last week, in the French Port of Brest, marine litter scientist and ecotoxicologist Camille Lacroix said that although the tiny plastic pellets ferried by the X-Press Pearl had seriously contaminated beaches near the incident, the pollution problem goes beyond nurdles.

Preliminary studies show that a reaction between nitric acid and methanol leaked from containers had set the ship on fire. According to the shipowner, the vessel had 350 tonnes of fuel oil on board. These substances may also have interacted with other unknown chemicals, and analyses are ongoing. Given the complexity of the cargo, the process might take longer than expected, said Lacroix.

“Maritime incidents are complex and transboundary. Container ships, with the variety of goods that they now transport, carry a lot of risks as they sail.”

The X-Press Pearl is a container ship operated by a Singapore-based company. On 20 May last year, as the vessel approached the Port of Colombo in Sri Lanka, a fire broke out on board, and the blaze raged on. The crew was evacuated five days later, leaving the ship to burn itself out before sinking.

Some containers were carried a distance, as far as 160 kilometres from the site of the incident. They had then sunk and broke vertically, polluting the waters.

Many containers fell overboard and plastic pellets and other debris began to appear on the beaches in the south-west of Sri Lanka after the incident. The United Nations has classified it as the country’s “worst maritime disaster”.

Lacroix, who heads the aquatic litter monitoring department at Cedre, a state-approved association in France that provides expertise on spill response, had assisted in a two-week joint mission to Colombo with her colleague and research department manager Stéphane Le Floch, to rapidly assess the environmental impact of the spill of the Singapore-flagged vessel. They also provided advice to the authorities on clean-up and restoration work.

The trip was commissioned by the United Nations, after the Sri Lankan authorities had requested for European assistance in June.

“There are chemicals in their cargo, new types of fuel are being used to propel the vessels, and there is an exponential increase in plastic production and transport,” said Lacroix. 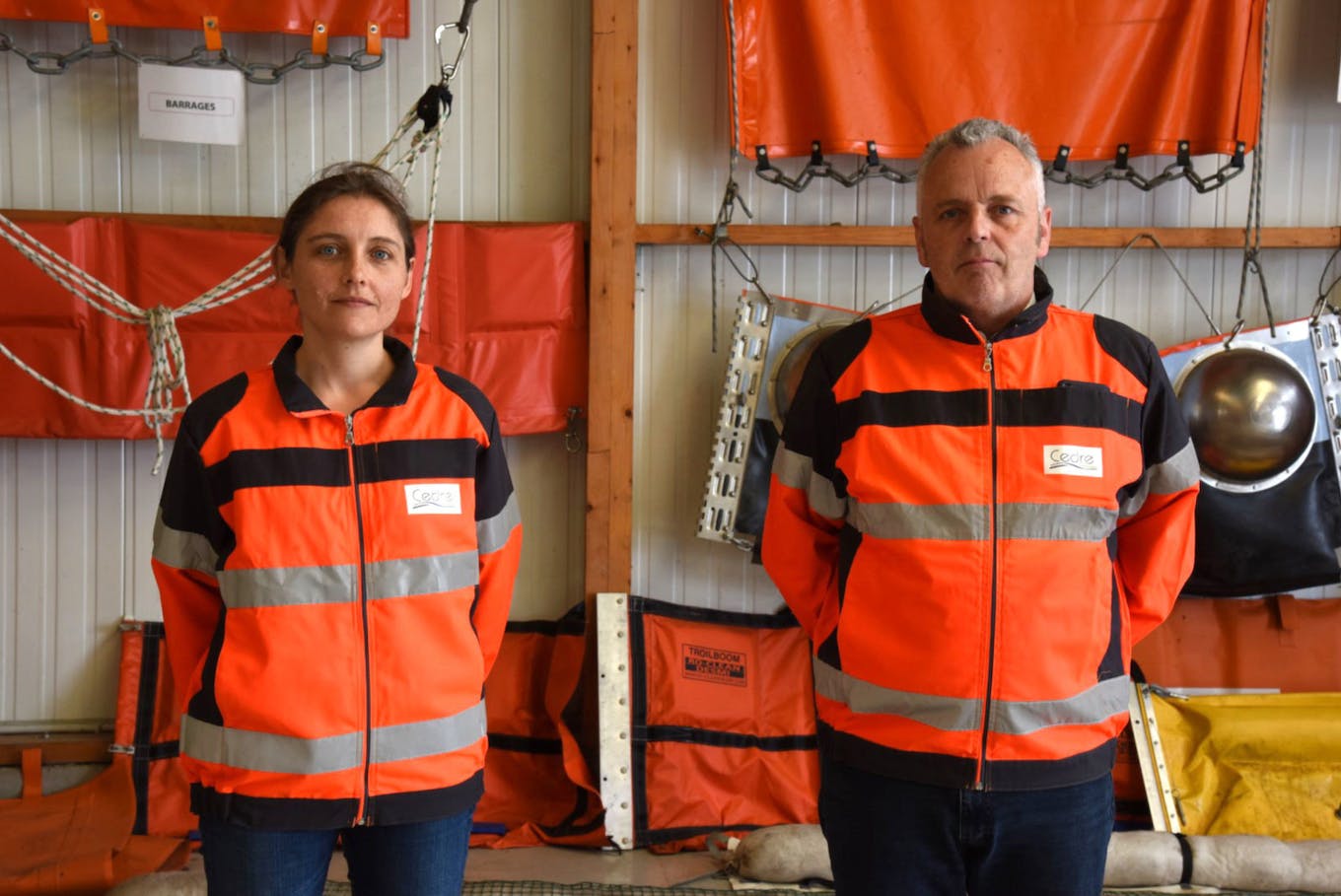 Le Floch, also a marine litter scientist, said that when the ship exploded after it caught fire, many containers were ejected or fell overboard. “This created a lot of problems. For example, some containers were carried a distance, as far as 160 kilometres from the site of the incident. They had then sunk and broke vertically, polluting the waters.”

The presence of huge batteries on the ship also meant that the ship contained ammonia, a substance that could potentially mean another source of chemical pollution, on board, said Le Floch.

Local communities were found to be impacted by soot and fumes, as the blaze on the ship raged for about two weeks before burning out, according to Cedre’s analysis. The scientists said that regulations have not kept up with the increasing complexity of the shipping trade — plastic pellets, for instance, are not considered hazardous cargo by the International Maritime Organization (IMO). There are also no proper protocols for clean-up.

In a study from Sri Lanka’s Centre for Environmental Justice (CEJ) and the International Pollutants Elimination Network (IPEN), a coalition of non-governmental organisations in 124 countries, researchers said they also found heavy metals and chemicals that both cause cancer and are “endocrine-disrupting”, or interfering with hormones, when analysing the chemical spillage.

Of particular concern, they said, were levels of polyaromatic hydrocarbons (PAHs) found on burnt lumps of plastic, which far exceeded safe limits for consumer products set by the European Union (EU).

A report from the incident information centre for the X-Press Pearl confirms that the salvage operation to remove the vessel’s wreck will be completed by April next year.

Up to 40 world leaders were in Brest last week to attend the summit and discuss a wide range of maritime issues, from combating illegal fishing to reducing marine pollution.

The summit is a highlight of France’s six-month EU presidency and focuses on efforts to improve governance of the high seas, as well as the coordination of international scientific research.