ReSea, a sea clean-up project backed by a Danish packaging company, has taken Indonesia-based RIO Ocean Integrity to court for defamation. RIO claims ReSea-branded bags of plastic waste meant for recycling had been dumped around Jakarta.

Two plastic clean-up and recycling organisations are contesting a legal case over plastic waste that was allegedly dumped instead of recycled in Indonesia. 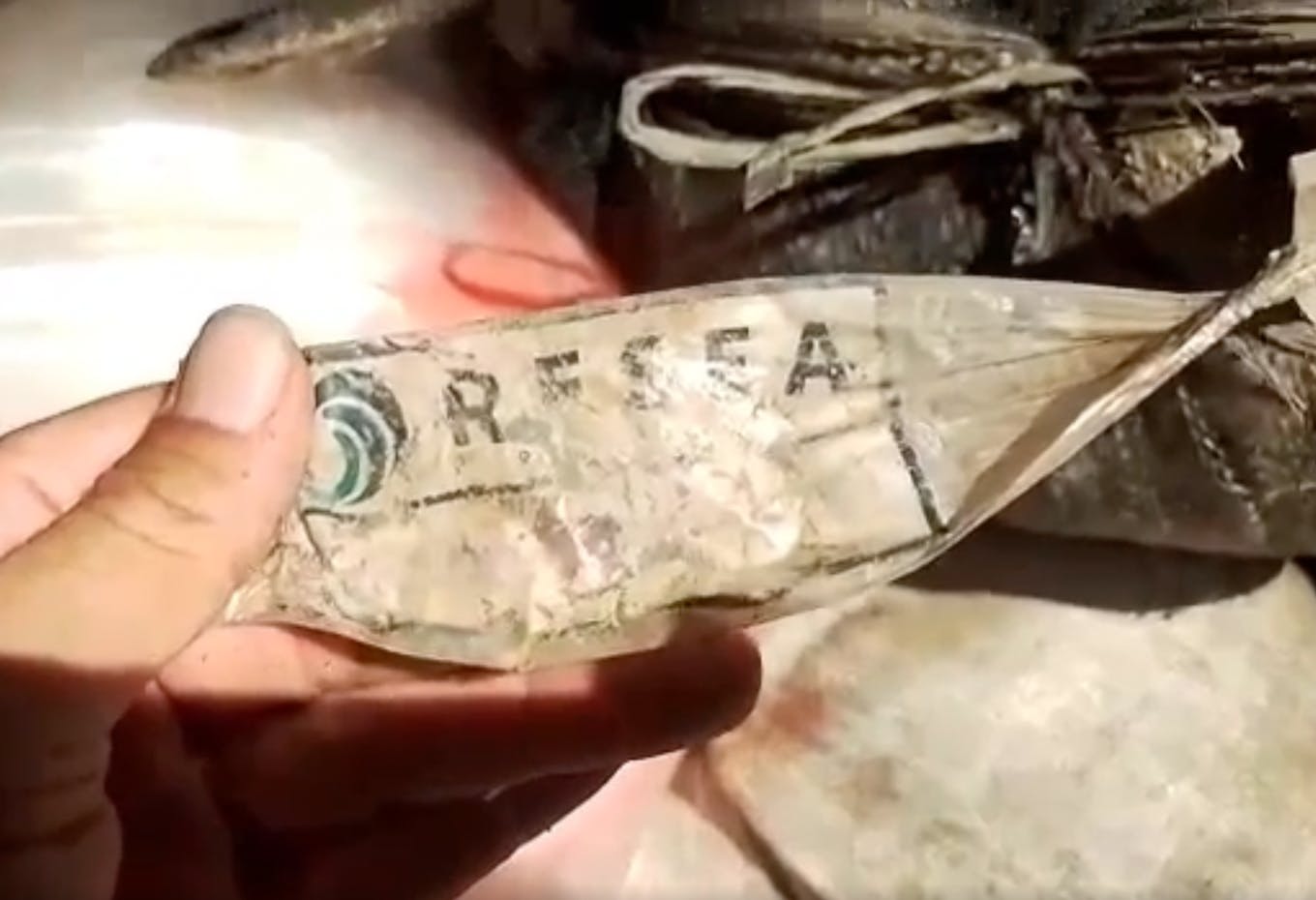 Kelly claims he has found thousands of bags of plastic waste marked with “ReSea” labels dumped around the Indonesian capital instead of collected for recycling.

Pack Tech brands some of its packaging as “Ocean Waste Plastic”, which it says is made from plastic that was prevented from entering the ocean by fishermen hired by ReSea to clean waterways.

In May, ReSea reported that it had removed 1.4 million kilogrammes of plastic from oceans and rivers last year. Collected plastic is recycled and used by brands including The Hidden Sea Wine and Stoli vodka.

In social media posts, including a series of photos published on LinkedIn in October and a video published on Facebook last year, Kelly said ReSea has been adding oil to bags of plastic waste to weigh them down and add to their value for recycling and plastic credits. He had described the act as a “greenwashing scam”.

ReSea has denied the allegations, and pointed out in a legal document seen by Eco-Business that RIO Ocean Integrity is a competitor.

Kelly said the difference between ReSea and RIO Ocean Integrity is that his company is a small environmental firm whereas ReSea is backed by a multi-million dollar packaging firm that uses the “Ocean Waste Plastic” branding to “greenwash”.

In a statement shared with Eco-Business, ReSea said it doublechecked its procedures, consulting Norwegian auditing firm DNV, and “found nothing right to the allegations whatsoever”. It said that it is “absolutely certain that all parts of their operation are running in a correct and transparent way”.

Requests to Kelly for data and documentation to prove the allegations have been unanswered, ReSea said.

Kelly claimed in the LinkedIn post in October that the auditor “had no people on the ground” to verify the project.

He is holding his position, and told Eco-Business he intends to counter-sue ReSea on behalf of Indonesian fishermen, which he says have been exploited by the programme.

“We refuse to keep our mouths shut about this,” he said in his video.

Kelly is an outspoken critic of the environmental space for cleaning up and recycling “ocean plastic” – recycled plastic that is marketed as recovered from the ocean, or prevented from entering the ocean.

“Ocean plastic” goes for a premium on the recycling market and is used in packaging to appeal to eco-conscious consumers and sold as plastic credits to offset firms’ plastic footprint.

Kelly said the sector is “greenwashing on steroids” because of the amount of false or misleading claims around how plastic is collected, where it is collected from, and how much it is actually recycled.

In 2020, an investigation by a Danish publication challenged Pack Tech‘s claims of using 100 per cent ocean plastic in its Ocean Waste Plastic brand. Experts said it was impossible to make such clean materials from a waste stream that comes from the sea. Pack Tech did not provide evidence that the plastic used in its products was fished from the ocean.

In June, an investigation by Changing Markets Foundation found that companies intercepting and using “ocean-bound” or “recyclable” plastic to tackle the plastic pollution crisis are some of the most common examples of greenwashing. Big brands, including Coca-Cola and Unilever, are among those which make claims about their plastic packaging being eco-friendly, said the report.

A 2021 study by The Circulate Initiative, a Singapore-based non-profit that advocates for a circular economy in plastics, concluded that there are too many plastic credit and offset schemes, which is causing confusion among corporates and consumers, and a lack of transparency over standards and definitions is leaving users exposed to greenwashing.