The non-profit is one of the first in Asia to push for the humane slaughter of farmed animals. Its co-founder Michael Patching says animal welfare is an often overlooked ESG risk.

A non-government organisation has launched to push for better animal welfare standards in slaughterhouses in Asia.

Started by Australian veterinarian and animal welfare scientist Michael Patching, the non-profit aims to improve how animals are killed for the meat trade in Asia to minimise suffering, improve food safety and reduce the risk of zoonotic disease spread.

Called Impetus Animal Welfare, the NGO will work with meat companies and slaughterhouses in Southeast Asia, with an initial focus on Vietnam, Indonesia, Malaysia and the Philippines.

One of the ambitions of the group is to introduce stunning – a technique for rendering the animal unconscious before it is slaughtered – as a standard practice everywhere in the region by the end of the decade.

Stunning is considered a less cruel way to slaughter livestock, because – if done properly – the animal will not be in pain when it is killed, which is usually done by slitting the animal’s throat.

Animal welfare standards in much of a region rapidly increasing its meat intake are considered low, and the abuses of live cattle transported from Australia to Indonesia have made international headlines in recent years.

Traditional methods used to subdue animals before slaughter in Asia include using hammers, blocks of wood, or electric stunners. In Vietnam, pigs are drowned before their throats are cut.

The Halal (Arabic for ‘permissible’) approach to animal slaughter common in Malaysia and Indonesia forbids any prior injuries to the animal, so stunning is not allowed before the animal is bled.

Farm animal welfare has attracted more attention since the Covid-19 outbreak, with experts warning that poor farming methods can increase the risk of diseases spreading from animals to humans.

In the West, animal welfare standards in slaugherhouses have reached a stage considered mature, driven by concerns over food safety, export market compliance, and rising customer expectations. In Asia, animal welfare concern is in its infancy, because there is a lack of these key push factors, Patching said.

Patching said there was a need to work governments in the region to introduce new infrastructure and technology, particularly modular abattoir systems which can easily be upgraded, and stunning technology.

The NGO will also work to improve conditions for the transport of livestock. 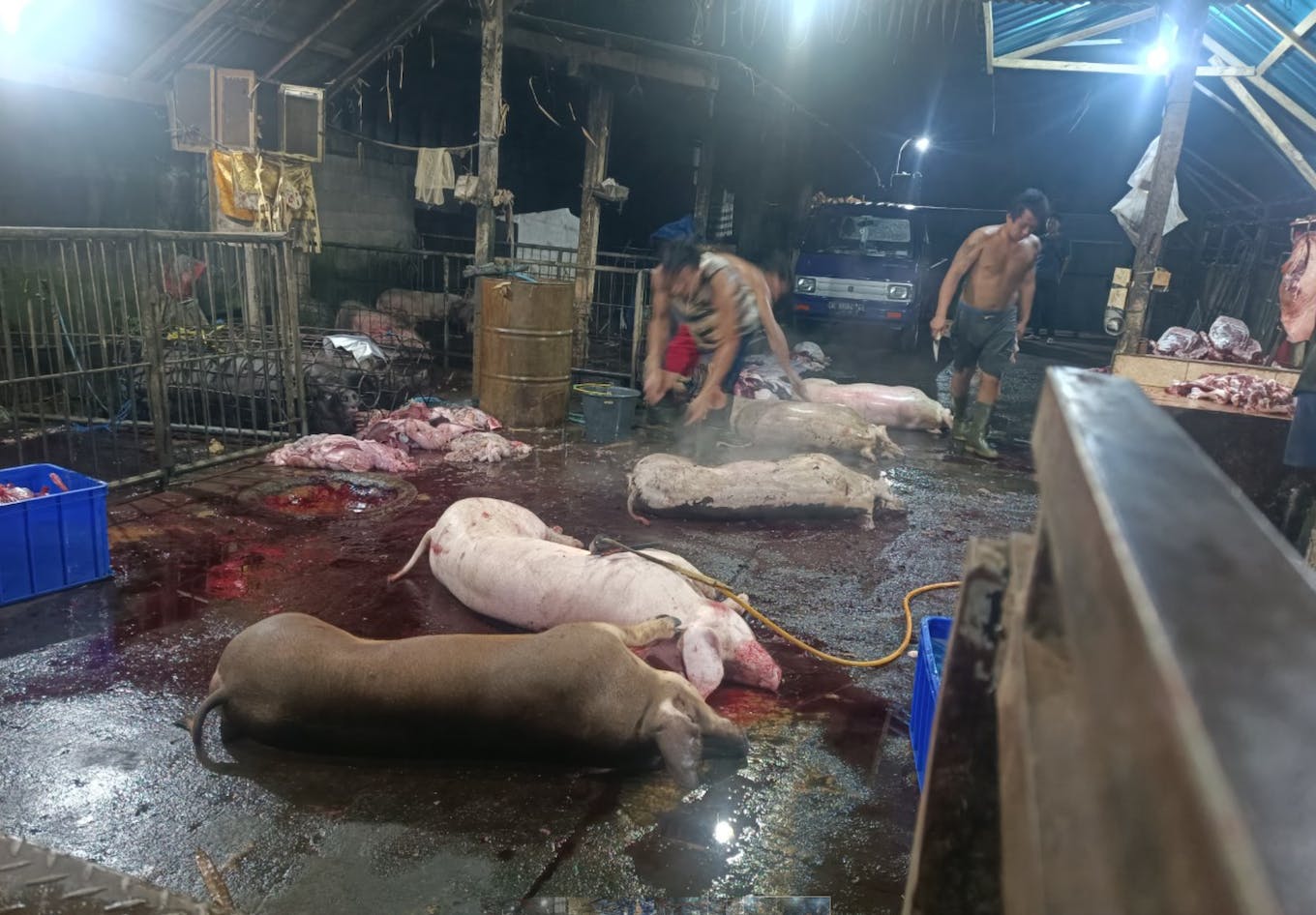 Common livestock transportation welfare issues in Asia include animals travelling long distance without rest or water, poorly designed trucks that result in injuries, and animals packed into crates without being able to stand up.

Patching said meat companies in Asia increasingly need to think about better animal welfare to gain access to export markets with restrictions on poorly farmed produce, such as Europe and the United States.

Also, large multinationals increasingly have environmental, social and governance (ESG) commitments in line with standards bodies such as the Business Benchmark on Farm Animal Welfare. Asian companies lacking these standards risk being left out of supply chains.

Better processes that reduce the suffering of animals also help minimise the risk of other ESG issues, such as food safety and biosecurity, Patching said.

His NGO will be pushing for better regulation to nudge smaller meat companies in the region, which are either too small with no interest in growth or not interested in accessing external markets. “Low cost of production under traditional processes will not change until regulation forces them to do so,” he said.

Patching said his group is “pragmatic and not political” and will look to work with governments and companies to change working practices and supply chain systems.

He said that consumer awareness of animal welfare concerns in Asia is low but growing, particularly among younger people.

“It is unfair to assume that anyone is deliberately hurting animals because they are cruel. That said, there are practices and cultural behaviours that obviously negatively impact animal welfare, such as bear bile farming, and the dog meat trade where they are beaten to increase flavour in the meat,” he said.

Patching said that these practices are increasingly taboo, because of heightened social awareness of animal abuse and government legislation.

The challenge, he added, is translating awareness into real change in a traditional industry and ensuring that meat companies do not only pay lip-service to animal welfare.

“There is little trust in what companies tell you about the food you are buying – think corruption and counterfeit goods – so “animal welfare-washing” will remain a significant issue even with changing consumer expectations,” said Patching.

Making the case for funding for better technology in abattoirs is another challenge, as less cruel ways to kill animals are not often seen as appealing investments.

Alta will invest funds into Impetus so that it can carry out its work while alternative funding sources are secured, Patching said. Impetus will not contract Alta to deliver work.