More than 'an even chance of success' in Paris: Vivian Balakrishnan

Singapore's Minister for Environment and Water Resources, who has been closely involved in global climate negotiations, says the key to a successful Paris conference would be a transparent and consultative process that involves compromises.

Singapore’s Minister for Environment and Water Resources, who has been closely involved in global climate negotiations, says the key to a successful Paris conference would be a transparent and consultative process that involves trade-offs and compromises.

As Singapore’s Minister for Environment and Water Resources, Dr Vivian Balakrishnan has been involved in all the United Nations climate change meetings in the past four years. Despite its small size, the city-state has been asked more than once to facilitate some tough discussions as it has become known for being “honest brokers and providing intellectual consistency”, he says.

Having experienced how tough and arduous negotiations can get - some marathon meetings lasted till the early hours of the morning and raised voices were not uncommon - Dr Balakrishnan is cautiously optimistic that the December conference in Paris will indeed deliver on a global deal to tackle climate change.

The last time a similar global deal was expected was in Copenhagen in 2009, when talks famously broke down and ended in disarray. It was overly ambitious, notes the politician, adding that negotiators have since learnt hard lessons. The key to a successful Paris conference would be a transparent and consultative process that involves trade-offs and compromises, he says.

An eye surgeon by training, Dr Balakrishnan joined politics in 2001 and has held various portfolios in trade and industry, and community and national development. Since taking up the environment portfolio in 2011, he has become a vocal advocate for sustainable development. Climate change, he emphasises, is a human issue - not an environmental one. The planet has seen greater climate changes than these and survived, he notes, but the question is whether humanity is able to withstand the challenges and thrive.

In the past year, he also initiated the significant Transboundary Haze Pollution Act, passed by the Singapore Parliament, which seeks to penalise companies responsible for deforestation and burning of forests in neighbouring countries, as long as the resulting haze pollution affects Singapore. Most recently, he has been charged with Singapore’s initiative to become a Smart Nation by using the latest technologies to improve the lives of citizens - a vision he says “dovetails nicely” with the environment agenda.

This year we’ve seen many countries, which would not have made the necessary investments for a low carbon economy, being forced to do so because of the clear and imminent threat of air pollution. That’s why, I believe, China made its recent announcement (to tackle climate change by setting carbon emission targets for the first time). The air pollution, or PM 2.5 — small airborne particles less than 2.5 microns which easily penetrate the lungs and is harmful to human health —  is visible, affects people’s lives and has become a political issue. This is a positive development because tackling PM 2.5 also means tackling emissions.

Asia has rapidly industrialized in the last two decades, and this whole discussion about which economic growth trajectory we should take has become very abstract. But when people can see pollution, they start to demand better standards. 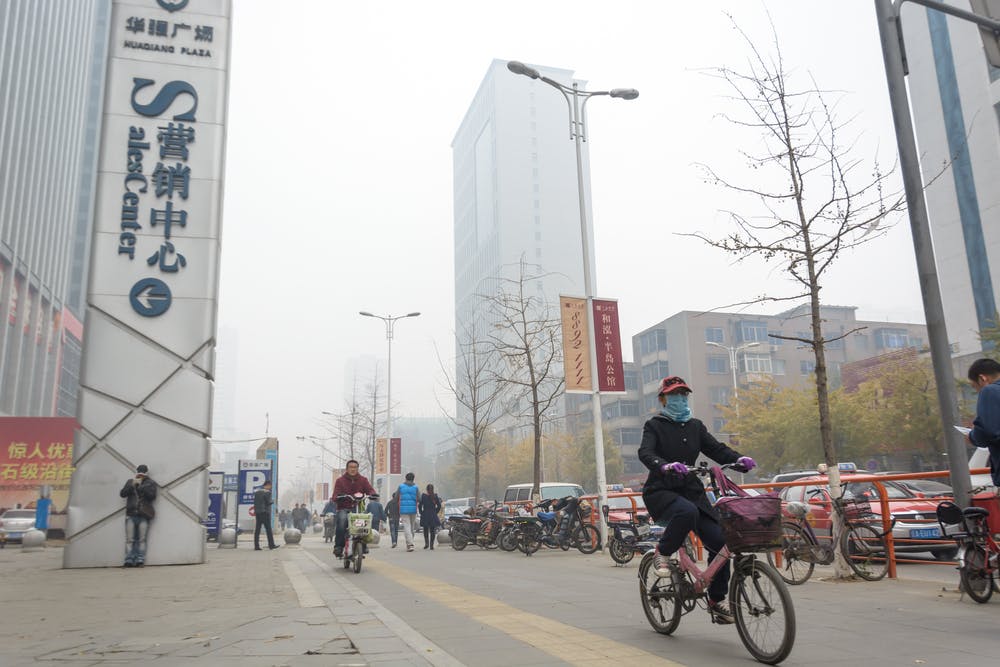 The other significant macro trend is how the cost of renewable energy, in particular solar, has come down in many parts of the world. In Singapore, for example, it has become competitive with energy from the grid – that’s a big story. What I’m watching with careful attention is the collapse of oil prices. If it stayed above US$100 per barrel, renewables would benefit. But if it kept dropping, it would have a deleterious effect on renewable energy and even on natural gas.

Businesses exist first of all to make money. They will do whatever it takes to maximize their revenue and profits. The role of governments and civic society is to demand certain things of them: The first is transparency, second is investment in research and development and thirdly, that they price externalities.

There are some economists who say we should have a universal carbon tax. Theoretically, that is the simplest, most elegant solution – there should be a global, revenue-neutral carbon tax (which does not raise the overall tax revenue of governments). But on a political level, it’s a no-go, because there are too many disparate stakeholders with individual economies and it will be difficult to get people to agree.

It’s similar to the problem we have with haze in this region. Companies responsible for deforestation pay no price. Our new Transboundary Haze Pollution Bill is a limited attempt to price this pollution and get people to take responsibility for their actions.

More businesses in Asia are also realising that the environment and economy are no longer trade-offs of one another. Businesses need to be more responsible and play a greater role in managing our environment. This is to create a long-term virtuous cycle where both the environment and the economy can be sustained, while the business remains viable and maintains its competitive edge.

The World Bank estimates that developing countries will need US$70 billion to US$100 billion every year to tackle problems due to climate change. This presents new business opportunities. As countries confront their environmental problems, there will be an increase in demand for services such as waste management, weather forecasting, and disaster risk insurance.

The World Bank estimates that developing countries will need US$70 billion to US$100 billion every year to tackle problems due to climate change. This presents new business opportunities. As countries confront their environmental problems, there will be an increase in demand for services such as waste management, weather forecasting, and disaster risk insurance. As awareness of environmental issues increases, consumers are also changing their buying habits to take into account corporate responsibility.

Ageing populations and declining fertility rates seen in many Asian countries would also affect the progress of sustainable development in the near future. This means that more people who have retired, or are about to retire, continue to have consumption needs. However, we have to fund these needs by drawing down savings and liquidating assets. There are implications on economic growth and businesses when a significant proportion of the population is drawing down savings and liquidating assets for current consumption.

What are your hopes for the coming year as we approach the big deadline for a global agreement on climate change in Paris by year end?

I’ve now been actively involved in four UN climate change meetings and had access to the innermost circuit of discussions. By being honest brokers and providing intellectual consistency, Singapore is viewed as a constructive player, and in our own small way, facilitated a number of discussions. Copenhagen overreached in terms of ambition and it also failed to adequately consult with all parties in the room. The process cannot be overly ambitious and it cannot be a few parties in a smoky room hashing out a deal. These lessons have been learnt and now you see far greater consultation and transparency.

At the end of the day, to get an agreement will involve trade-offs and compromises. Since Copenhagen, the process has improved. We’ve moved away from the top-down approach to one that is based on INDCs (intended nationally-determined contributions) – commitments made by countries. We hope that everyone will submit their pledges. And even after that, the question is whether the commitments will be sufficient to avert dangerous climate change.

My view is that even if it’s inadequate, it’s better to have a multilateral rules-based agreement than to have no agreement at all and no scientific way to measure a country’s contribution. So we have to be prepared to compromise on ambition in order to achieve universal participation.

In the meantime, we’re helped by the attention on pollution and the economic viability of renewable energy. It’s my hope that we’ll get universal and domestic participation, and then, with the business case for renewable energy, there’s still some hope. I think there’s more than an even chance.

What will you and your organisation be working on in the year ahead?

In Singapore, we’ve just launched the Sustainable Singapore Blueprint, which outlines our strategy for sustainable development in the years ahead. We’ve tried to pitch it at a personal and human level – it’s about bequeathing a viable future for our children, and that there is a value in having a green, sustainable city. The other theme is active participation and ownership: At an individual, civic and corporate level, we are seeking ways to promote responsible stewardship.

Singapore has also unveiled a vision to become a Smart Nation by using the latest technology to improve the lives of citizens. It dovetails nicely with our vision to be a sustainable city because it will enable us to achieve greater resource efficiency and create safer environments. For example, we can use technology to make taking public transport more attractive or raise recycling rates. We can also improve healthcare services through smart monitoring systems. The bottom line is this is about humans, not technology. So the Smart Nation initiative fits in nicely with the environment agenda. As minister in charge of this programme, I see this as a virtuous cycle.