Inspired by Swedish teenager Greta Thunberg, young activists in the region are skipping school and defying authority to join Friday's global climate strike. Eco-Business finds out what lengths Asian youths are willing to go through to stand up for the environment.

Millions of young people around the world are expected to join the upcoming global climate strikes, ahead of a crucial UN summit where nations are called to declare much stronger ambitions to tackle the climate crisis.

Thunberg skipped school in August last year to demonstrate outside the Swedish parliament, demanding for more climate action as the Nordic country was experiencing its hottest summer, worsened by wildfires.

Within a year, Thunberg’s protest has sparked a global school climate strike movement, with youth-led  demonstrations taking place all over the world on 15 March and 24 May since then.

Even in Asia, where environmental activism is not as accepted as it is in the West, young climate advocates have hit the streets, with almost 200 strikes scheduled in Asian cities throughout Global Climate Strike Week, from 20 to 27 September.

Eco-Business spoke with young crusaders participating in the protests in the Philippines, Thailand, Malaysia and China to find out why the are sounding the alarm on the climate crisis.

22 year-old Jhewoung Capatoy is a climate strike youth organiser joining Friday’s protests in Manila, the Philippines to oppose the expansion of coal power plants in Bataan.

A province in the northern island of Luzon, Bataan has grown into a hotspot for fossil fuel-generated energy, with two power sations operating in the town of Limay where most residents rely on fishing as their primary source of income.

After moving to Bataan two years ago, Capatoy witnessed how coal plants have affected the health of community members and their livelihoods, with the coal ash polluting the water in the area. 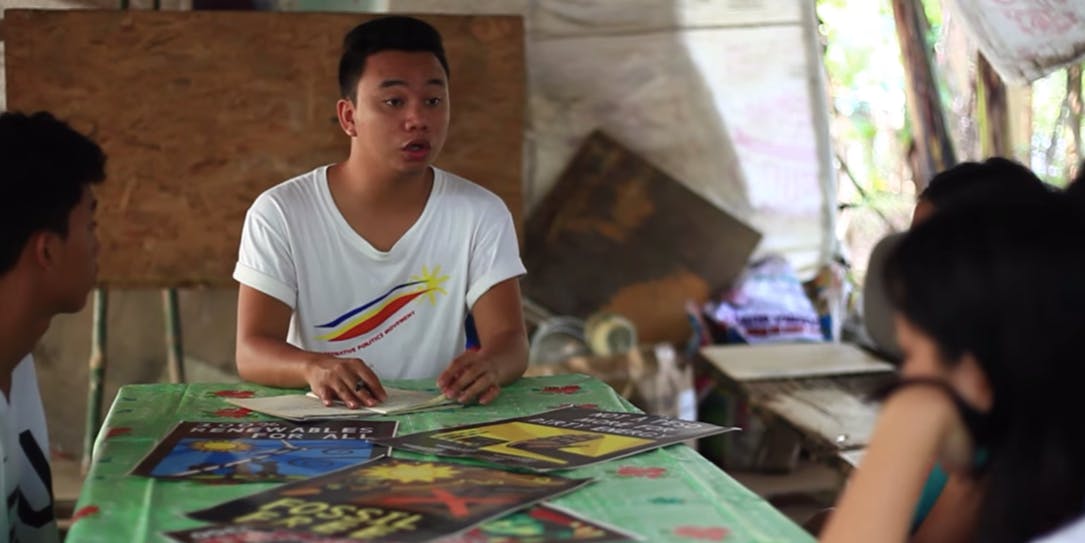 In Bataan, Capatoy joined the Youth Bataeños for Environmental Advocacy Network (YBEAN), which organises seminars to inform residents about the climate situation in the province. Together with Coal Free Bataan, a community-based peoples’ organisation, it is currently working on a petition against the planned 1,200 megawatt coal project in Mariveles, another Bataan town.

My parents told me they thought my climate protests would not lead to any financial stability. They made me choose—school or continue my advocacy. I chose the latter.

The young Filipino anti-coal advocate originally comes from Quezon, a province several hours away, but because of a spat with his parents, he left home and moved to Bataan, which needed young activists to counter the province’s growing coal presence.

“My parents told me they thought my climate protests would not lead to any financial stability. They made me choose—school or continue my advocacy. I chose the latter,” the young anti-coal activist told Eco-Business.

Capatoy said he still hopes to reconcile with his parents, if only to make them realise that campaigning for the environment is a worthy cause.

“I hope one day they will understand that what I am doing is also for them. If I finish my studies but our environment is ruined, there will be no future for anyone,” he said.

While most of her friends are listening to hip-hop and playing rugby, 12-year old Lilly Satidtanasarn spends her free time organising environmental activities to raise awareness of climate change to her classmates in middle school in Bangkok, Thailand.

My classmates’ parents congratulate me for what I’m doing but don’t want their kids to miss school. They are concerned about their grades but I tell them that caring for the environment is an equally important issue.

For the upcoming climate strike, Satidtanasarn has been busy showing them TED Talk videos and recordings of the burning forests in the Amazon and how the planet’s oceans are getting clogged by single-use plastic.

But it is not her classmates who need convincing, but their parents. 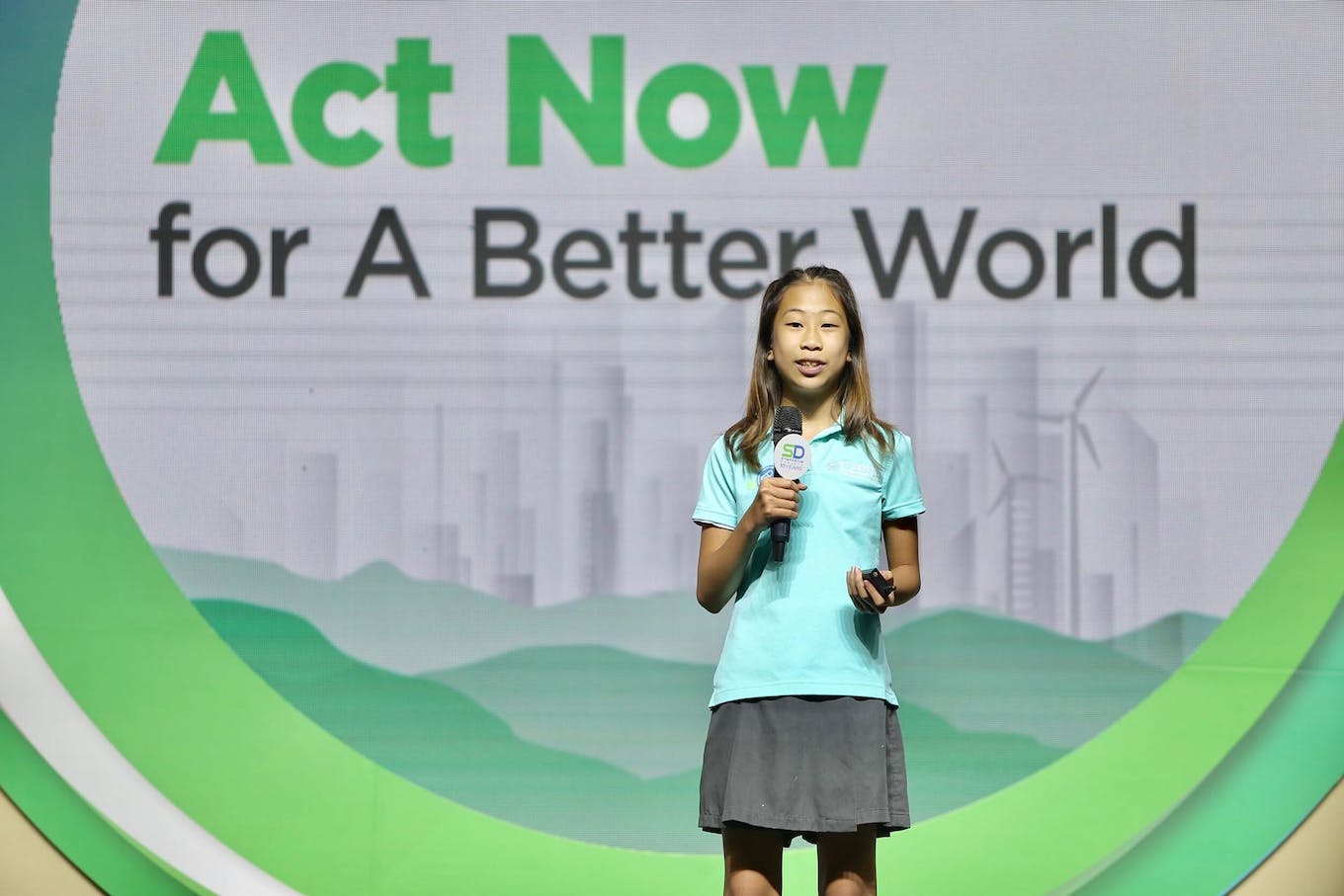 Lilly Satidtanasarn speaks at a circular economy symposium in Bangkok, where she told an audience of 1,500 that recycling is not the solution to the plastic waste problem. Image: Sassie Smittipattana

“My classmates’ parents congratulate me for what I’m doing but don’t want their kids to miss school. They are concerned about their grades but I tell them that caring for the environment is an equally important issue,” the student told Eco-Business.

Satidtanasarn said she has no qualms about skipping classes on 20 September, especially since her mother is very supportive of her activism.

Her mother was a long-time volunteer for civic society groups that campaign for the homeless and HIV patients, and took the young Satidtanasarn to feeding shelters when she was barely a year old.

“In school, we don’t learn about climate change that much. We just focus on a fixed curriculum of subjects, which to me is not relevant to what’s happening in the world right now,” she said. “My mum said she just wants me to learn, and that learning can also come from outside the classroom.”

[Government officials] should not see these protests negatively. Children are the ones who will be most affected by climate change, and they should be allowed to be involved in bringing about change.

A school in Penang, Malaysia follows the same philosophy.

The Sungai Ara Tamil school not only discusses climate action in their lessons, it has brought the topic outside the classroom by allowing a delegation of students to travel to Kuala Lumpur, where the strikes are taking place. 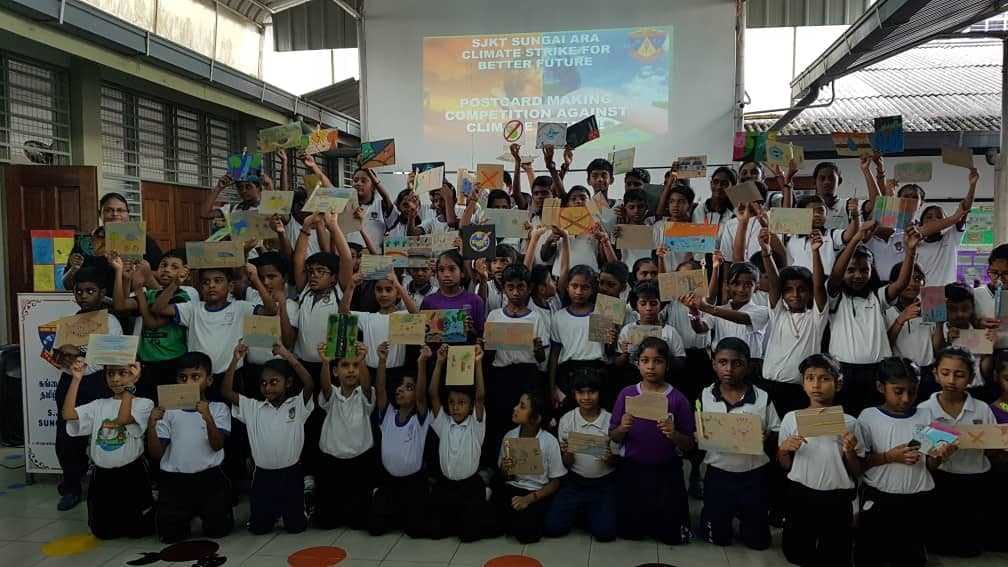 Loshna Nair Devendiran, 12 years old, is one of the 30 volunteers who are joining the demonstrations, together with her parents who are also teachers at the school.

In class, Devendiran said she enjoys how they run activities focused on meeting the Sustainable Development Goals (SDGs), including weekly tree-planting and waste segregation sessions.

“I’ve always been interested in taking care of the environment because of my school’s influence. If we don’t take care of it, diseases will spread,” Devendiran said.

Sangga Sinnayah, head master of Sungai Ara Tamil, said that there are government officials who frown upon its students’ participaton in environmental protests, even criticising school authorities for “exploiting children”.

“They simply do not understand how important it is to educate and involve the young generation in moving towards a more sustainable future,” he said. [Government officials] should not see these protests negatively. Children are the ones who will be most affected by climate change, and they should be allowed to be involved in bringing about change.”

With China’s crackdown on dissent, climate activist brings his protest to New York

Jackson Zhao, 23 years old, would have wanted to join a climate strike in his country, if only demonstrations were not prohibited in China.

A fresh graduate of an alternative energy science and engineering course in one of the mainland’s top universities, Shanghai Jiao Tong, he is taking his protest to New York instead.

Zhao is one of the young climate champions from Asia who were chosen to attend the first UN Youth Climate Summit, a day after the international climate strike kicks off. Youth leaders will come face to face with the likes of United Nations chief António Guterres to present solutions to the climate emergency.

My father’s generation contributed to China’s economic miracle, and the resulting environmental problems are left to me and my generation to solve.

He was chosen to represent China because of the influence of Green Banana, a campus-based environmental non-government organisation he founded. A year after he founded the NGO, its website has 6,500 subscribers who follow the group’s lectures, research projects and career opportunities in sustainability.

In New York, Zhao said he will be joining other students in the rallies, urging world leaders for more public and private investment in renewable energy. 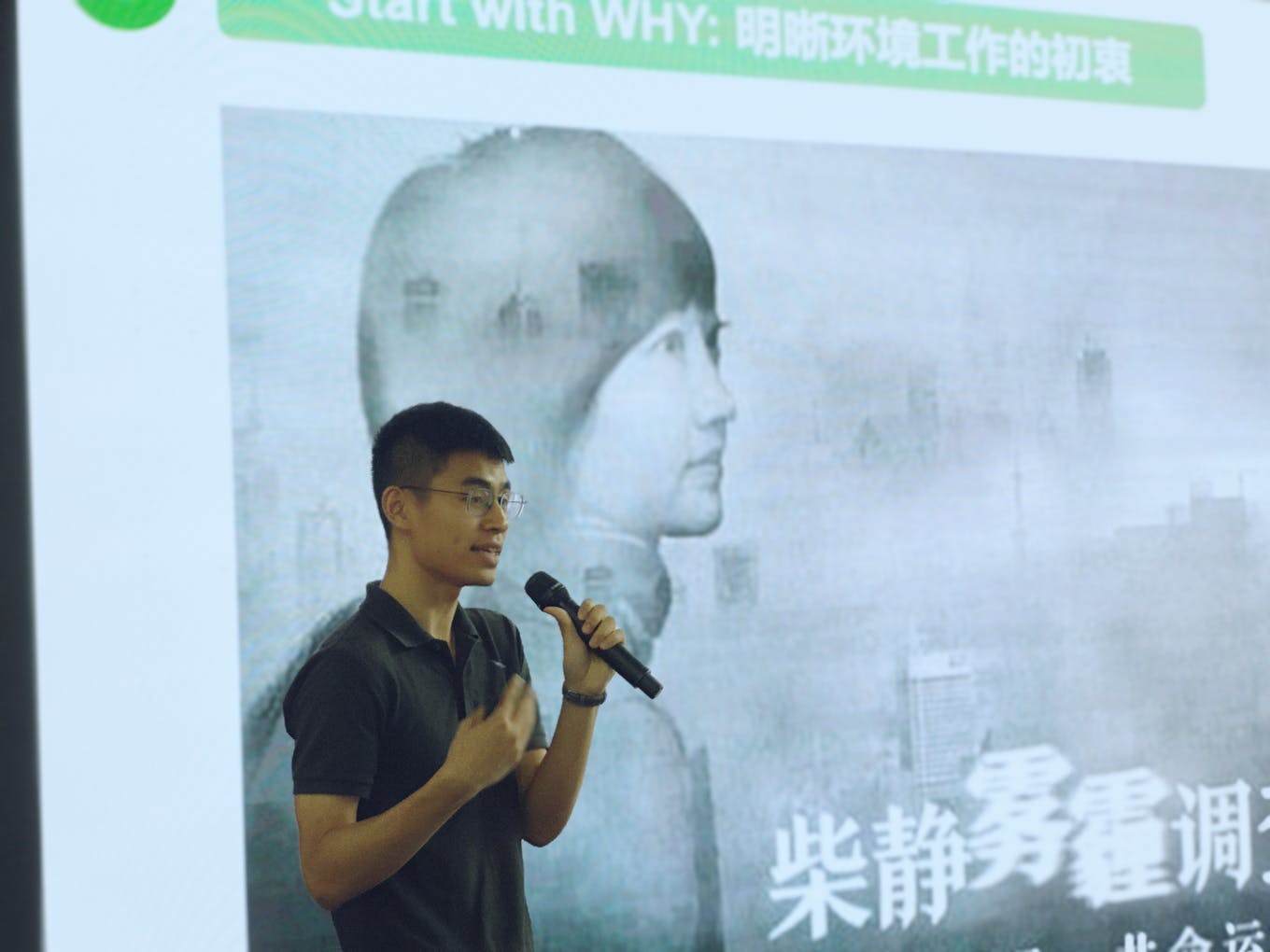 Born into a rural family with a father who worked in construction in coastal cities such as Xiamen and Fujian, he grew up watching workers endure extreme heat for meager pay and receive unfair treatment.

This made him strive for a better quality of life, pushing him to do well in school and get accepted in a prestigious science course.

“My education in alternative energy science and engineering has helped me learn that climate change is an equality issue,” he said. “My father’s generation contributed to China’s economic miracle, and the resulting environmental problems are left to me and my generation to solve.”