The Philippine government is proposing a 10-hectare vaccine facility in an area that will allegedly require the cutting of about 500 trees. Proponents of the facility deny that any forest will be affected but activists are not convinced.

Philippine authorities’ efforts to ramp up the country’s Covid-19 vaccination programme have come under fire after environmentalists criticised the planned construction of a mega-facility that will impact an urban forest in Parañaque City, Metro Manila.

The Philippines is rolling out its vaccination programme against Covid-19, with a target 70 million to receive the jab this year. The proposed vaccination centre to be constructed on the property of a non-profit organisation Nayong Pilipino Foundation (NPF) will reportedly accelerate inoculation by around 10,000 individuals daily.

The Philippines suffered a surge in Covid cases in March prompting the government to reinstate stricter measures. Daily cases this month have so far averaged around 6,700 in the country, which has the second-highest number of Covid-19 cases and deaths in Southeast Asia.

Last month, the country’s pandemic task force approved the proposal for the mega facility’s construction at the Nayong Pilipino. But construction has not started amid a standoff between the NPF and the taskforce.

The NPF, an autonomous government corporation that sits under the department of tourism, stated on 6 May that the building of the vaccination facility in its 10-hectare property will result to the felling of close to 500 trees that will “kill the existing ecosystem”.

The foundation, which has legal obligations to turn the area into a cultural park, has also raised concerns about bringing people into close proximity to a quarantine facility, also located at the Nayong Pilipino.

Gregorio Bueta, professor of environment and natural resources law at the Ateneo de Manila University School of Law, said that although there is an urgent need to roll out vaccines, creating such a facility will affect the coastal forest with beach forest species in Parañaque, Las Piñas, and towards the outskirts of the capital with “irreversible” environmental impacts in the long run. Several parts of the reclaimed area have natural magrove plantations which fight against storm surges and coastal erosion.

Carlito Galvez, Jr, who spearheads the National Task Force Against Covid-19, has argued that protecting 500 trees should not equate to protecting people’s lives.

“This manipulates people into a false choice that pits people’s health against nature,” Greenpeace Southeast Asia-Philippines said on 12 May in a joint statement with 35 other green groups including Oceana Philippines International, Global Alliance for Incinerator Alternatives, Mother Earth Foundation and Living Laudato Si’ Philippines, among others.

Normally if you would have a project of this scale, it would undergo the environmental impact assessment. In this case, they don’t have time to do it given the pandemic situation. It is lacking. That’s why both sides [the NPF and the project proponents] have concerns.

No trees will be harmed—project proponents

The department of tourism has vowed that no trees will be harmed in the construction.

In a strongly worded statement, tourism secretary Bernadette Romulo-Puyat countered the claim of NPF executive director Lucille Karen Malilong-Isberto that about 500 ipil-ipil trees will be cut to make way for the vaccine facility. Isberto tendered her resignation from NPF amid the controversy.

“It should be noted that the head of the team of architects engaged for the design of the mega vaccination site, Architect Jun Palafox, is an environmental planner. Accordingly the environment is of paramount consideration in the architectural plans. The architectural team has made sure to build the temporary vaccination facility around exisiting grasslands and trees,” Puyat’s statement said. 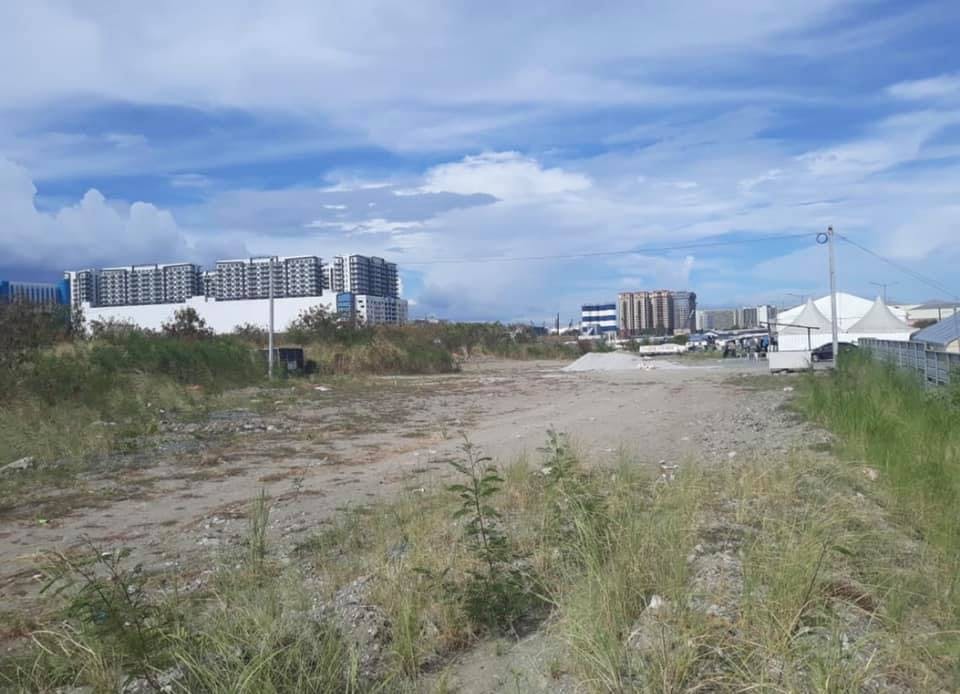 The camp of Enrique Razon, chairman and president of International Container Terminal Services Inc (ICTSI) Foundation, which secured government approval to build the facility in the area, says that the proposed vaccination hub will be in reclaimed land and not an urban forest. Image: Katrina Razon Facebook page

Ports and gaming tycoon Enrique Razon who is chief executive officer of the International Container Terminal Services Inc (ICTSI) foundation, has secured government approval to build the facility in the area ahead of the June arrival of the Moderna vaccines it ordered along with the private sector and the government.  He has reiterated that the proposed vaccination hub will be in reclaimed land and not an urban forest.

Environmental lawyer Bueta said that Razon and the government have not presented a thorough environmental impact assessment.

“Normally if you would have a project of this scale, it would undergo the environmental impact assessment. In this case, they don’t have time to do it given the pandemic situation. It is lacking. That’s why both sides [the NPF and the project proponents] have concerns,” environmental lawyer, Bueta told Eco-Business who said an environmental assessment would show if the construction poses risks to the ecosystem and would outline steps to mitigate them.

Green group Kalikasan People’s Network for the Environment (Kalikasan PNE) called the planned facility “a questionable mega-infrastructure project masquerading as a Covid solution”. The network has urged the government and Razon’s camp to demonstrate to the public the environmental impact assessment proving that no trees will be cut in the urban forest park.

“We believe it is not difficult and may even be more cost-effective to retrofit existing built environments like malls, golf courses, sports complexes, and the like for vaccination facilities,” said Leon Dulce, national coordinator of Kalikasan PNE.

“They should also be able to demonstrate that they have exhausted all alternative options that are more cost-efficient, less risky, and closer to the people that need vaccination,” he said.

Greenpeace believes that the location of the centre will deepen “vaccine inequality” as it will marginalise people and groups who have limited access and mobility options to reach the centralised site.

“It would concentrate the vaccines and vaccine administration to one company [ICTSI] that controls one site that would need to be accessed by hundreds of thousands of people,” it said.

“The Filipino people need an accessible, equitable, inclusive, sustainable, and people-centred approach to the Covid-19 vaccination programme and not a business-oriented venture that will pose long-term threats to our health and safety.”