With almost 10 billion people predicted to be living on earth in 30 years’ time, the food system is working hard to feed a growing world. Here's how it's working to do that.

The food industry today faces a daunting task: feeding 10 billion mouths in a fair and sustainable way by 2050. According to the United Nations Food and Agriculture Organization, food supply must more than double in 30 years to provide for the entire world.

One in nine people around the world suffer from hunger today and in Southeast Asia alone, four countries—Myanmar, Indonesia, the Philippines and Vietnam—have the highest levels of malnutrition globally.

But with megatrends such as climate change and rapid urbanisation making their impact felt on the food system, it will only become more difficult to ensure affordable, nutritious food for the world.

Changes in weather patterns due to climate change and land degradation, for instance, could lead to drastic declines in agricultural yield to the point it would require an additional 75 million hectares of farmland to make up for the shortfall, according to a recent report by Singapore investment firm Temasek titled Feeding Urban Asia.

Rural-urban migration and rising income levels will mean fewer farmers to till the land, and less space for growing crops as arable land gives way to urban development. Urbanisation has also been linked to increased rates of meat consumption and higher calorie intake per person, increasing the need for the world to produce more calories to keep up.

The search for solutions is urgent. Yannick Foing, global lead, partner engagement in nutrition improvement at DSM Nutritional Products, tells Eco-Business: “We need to work with the public sector, non-government organisations, and consumers, to make sure we are all aligned to the same goal.”

“Can we look into more sustainable sourcing? Can we promote locally grown diversified diets? How can we look at all the sustainable options so that we can have an impact on food security?”

The solution seems simple—if the world’s farmers could intensify farming and become more productive, less land and fewer farmers could meet the production needs for the future. Introducing high-yield crop varieties, increasing the use of fertilizers and improving irrigation of available farmland are methods that have been cited in recent years to help boost agricultural production, especially in developing countries.

But a new study released earlier this year showed that ramping up crop production with the help of pesticides and fertilisers will come at a high cost to smallholder farmers and the environment. While it would increase yields in the short-term, it could also degrade the soil and compromise productivity in the long run, said authors. Food quality could also be compromised by extensive use of low-grade fertilizers, which farmers around the world are using to meet high production targets.

“The food system hasn’t really changed much in the last few decades,” says Gerard Chia, head of business development at VisVires New Protein, a Singapore-based venture capital fund that invests in disruptive technologies for the global food and feed systems. “We’ve always seen an intensification of food production which saw an emphasis on quantity instead of quality.”

How can we look at all the sustainable options so that we can have an impact on food security?

One new, innovative way of providing food to urban populations that has gained popularity around the world is urban farming, which turns spaces in cities into high-yielding farms. 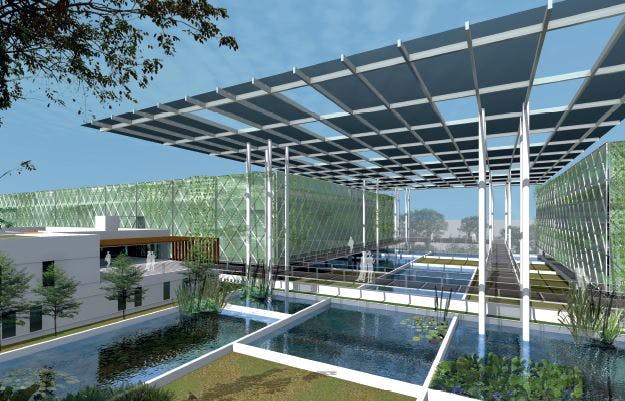 In Singapore, Apollo Aquaculture Group started a “high-rise” seafood farming project, which produces a yield six times higher than traditional aquaculture farms. Vertical farms—which stack layers of produce on top of one another and combines advanced farming techniques like aeroponics and hydroponics—are becoming more commonplace, from just one in 2012 to seven in 2016. In Japan, urban farmers make up a quarter of farming households, generating one-third of the nation’s agriculture output.

Urban farming as a solution addresses the issue of food security, as well as the major problem of food waste by being close to the end consumer.

“We lose large amounts of food produced on the way to urban centres,” says associate professor Ralph Graichen, who heads the Food and Nutrition, Biomedical Research Council at the Agency for Science, Technology and Research (A*STAR) in Singapore.

In South and Southeast Asia, around 59 per cent of food is lost before making it to the dining table due to lack of services and infrastructure, and globally, food lost due to inefficiencies along the supply chain amounts to 65 per cent of global food wastage.

Says Graichen: “The further away food is produced, the more we need to invest in preservation and supply chain management.”

The sheer amount of food loss and waste is inspiring new solutions in Asia.

Scientists at A*Star in Singapore have unveiled a new packaging material that extends the shelf life of food by at least 50 per cent. A longer shelf life not only helps customers cut food waste at home by making produce last longer; it also limits spoilage during transportation.

Japan is trying to address the issue using data technology by developing an artificial intelligence system that predicts food demand based on weather information and sales data. This aids companies in reducing unnecessary production and eliminating food inventory losses.

By reducing the amount of food waste that leaves the food system, the world could save up to about 1 trillion dollars and make greater strides in strengthening food security.

Working together for the future of food

Ensuring that the next generation is well-fed goes beyond producing enough food. In order to support healthy, thriving populations, feeding the world into the future also requires meeting their nutritional needs.

Various stakeholders in and outside the food and agriculture industry are collaborating to create food products that are both nutritious and affordable for lower-income consumers in Asia-Pacific. For example, DSM in China and India developed fortified rice that looks and tastes similar to normal rice . 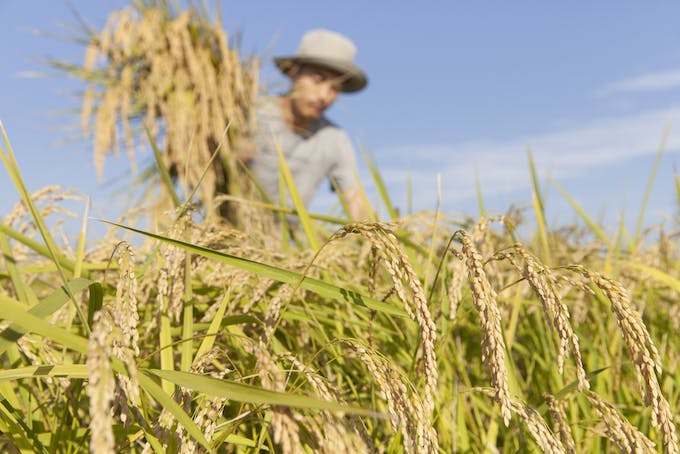 Heightened atmospheric CO2 levels might be adversely affecting the nutritional quality of the food we eat, according to a major report by the US Global Change Research Program. Image: Shutterstock

But Foing from DSM recognises that companies are limited in what they can achieve on their own. “We cannot do it alone— as an industry we have innovative products but we need to partner with others so that we can channel these products to consumers who need it the most,” says Foing.

He added that partnerships between different stakeholders such as business and government, consumers and NGOs, should define the new era of food, considering the drastic changes needed to ensure the industry is up to the challenge of feeding 10 billion mouths. It was this focus on partnerships that led DSM to organise the Sustainable Evidence-based Actions for Change in Singapore, gathering industry professionals, government representatives, academia and civil society to discuss how to provide affordable, accessible and nutritious food to low and middle-income consumers in the region.

“Nutrient dense food [for the masses] is possible if we communicate and educate properly to make it acceptable to consumers. This will help to provide high-nutrient food in the future, even if overall food supply falls,” says Professor Graichen. “We also have to be more open to technology. If we can food produce in an urban environment in the future, supply can be met.”