How technology is making farming and recycling sexy in Asia

Bringing technology into industries like farming and waste collection in Asia is opening up opportunities for sustainable development. Here are three companies that are changing the world’s oldest and most necessary professions.

Technology is giving traditional industries such as agriculture and waste management a much-needed update as the world teeters on the edge of the fourth industrial revolution.

While developed nations have had the time and resources to modernise these industries, countries in developing Asia, Africa and Latin America are lagging behind. But the United Nations’ Sustainable Development Goals (SDGs) and megatrends like urbanisation and climate change are prompting a rethink of how these industries work.

Technology tailored to the conditions of emerging economies is allowing them to leapfrog linear development and grow in a way that is economically, socially and environmentally sustainable. Here are three companies from Asia that are putting a new spin on aquaculture, recycling and agriculture.

Three days of hunger when his father lost his job set Gibran Chuzaefah Amsi El Farizy, co-founder and CEO of start-up eFishery, on his personal mission to revolutionise agriculture in his home country, Indonesia.

“During those three days I read in the news that a man in Indonesia died from hunger, and I cried. It’s ironic, because Indonesia is a big country for agriculture yet people starve to death here,” he says.

This drive would lead him to start his own fish farm and to develop an Internet-of-Things-driven, automatic fish feeder, eFishery. Users can adjust the frequency and amount of fish feed, and through algorithms tailored to the species of fish, eFishery can detect when fish are full and stop dispensing food pellets, eradicating the problem of overfeeding.

Fish feeding makes up an overwhelming 70-90 per cent of operating costs in fish farming and is sometimes done in a laborious and arbitrary way. Overfeeding erodes profit margins and pollutes the water, while underfeeding means that fish grow slower, which hurts the farmer’s income. “It’s a very crucial part of the business, but farmers still do it traditionally by hand, without any monitoring and accountability,” he says.

The data - feed times, amount of feed used, fish biomass - is stored on a cloud platform. By combining data from the farms with water quality and weather information, eFishery can analyse trends and offer farmers advice or warnings to help their operations.

The company has also used farm production data as a credit score to help farmers obtain loans from financial institutions to expand their businesses, and is running trials in two more key aquaculture markets in the region, Thailand and Bangladesh. Indonesia is the second largest aquaculture producer in the world.

However El Farizy acknowledges that fish farming is not the most attractive line of work for young people, because of the hard work, uncertainty and remote locations involved.

But eFishery is working towards lowering the barrier to entry for young aspirants by becoming a one-stop shop, offering advice on types of feed and fish for new farms based on big data. “We see a number of tech-savvy young people interested in fish farming and looking to technology to manage their businesses, because they have little experience unlike the older farmers,” El Farizy comments.

Younger farmers can also manage their farms remotely through eFishery. He says: “You don’t have to be in the field every day, so you can still live in the city and go to the mall.”

India, unbeknownst to many, has one of the highest recycling rates in the world. The South Asian nation’s plastic recycling rate is estimated at 60 per cent nationwide.

Credit goes to the extensive and well-developed informal waste recycling sector in India that has existed for decades, through which plastic waste is scavenged, segregated, traded and ultimately recycled into cheap, low-quality plastics under unsustainable circumstances, says Mani Vajipey, CEO of Banyan Nation. “Even though countries like India are able to collect materials through the informal sector value chain, the benefits of such a system are not felt,” he says.

But the Hyderabad-based recycling company wants to take recycled plastic from “novelty to norm”. It has integrated the informal sector as one source of plastic waste, offering fair wages and benefits that are largely unheard of in the informal sector. 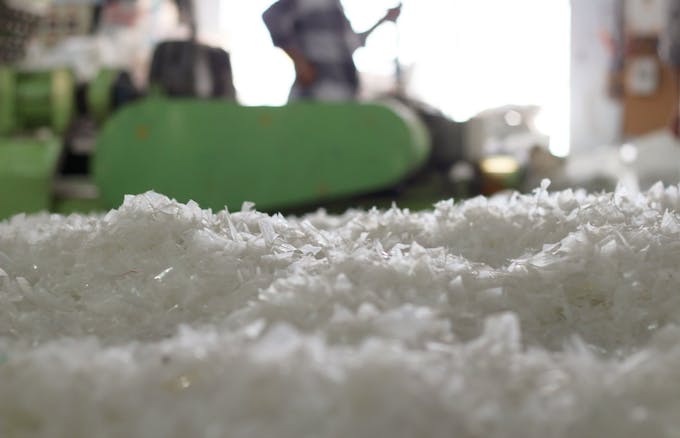 However, Banyan’s plastic is sandwiched between two very different strata in the Indian economy that it hopes to be able to reconcile: SMEs addicted to cheap and polluting plastic, and the multinationals that have been using virgin plastic.

The company has been focusing on collaborating with the latter in order to stimulate demand for good quality, sustainable recycled plastic and expects to announce new projects with multinational companies later this year, says Vajipey.

“We want to mainstream the use of recycled plastic, and once that happens we can go back to the value chain, legitimise last-mile collectors and offer gainful employment to the collectors and aggregators,” he added.

He said that attitudes towards recycled plastic are changing as people start to understand that fossil fuels, a key component of the material, are not an infinite resource. “Many young people write to us to ask how they can work or contribute to Banyan Nation’s journey,” he noted.

“Perception and awareness are changing, and the tide is turning. Circular economy and closed loop models are ideas whose time has come.”

Urbanisation could be an opportunity, not a threat, to agriculture.

Noting that most smallholder farmers own plots large enough only for subsistence farming, Simon Brayn-Smith, business head - OFIS at agribusiness giant Olam, says: “Urbanisation allows the farmers who remain to become more professional, and for farm sizes to grow as farmers take over more land and build a livelihood from farming, rather than sustenance, which a lot of it is at the moment.”

Those who do move to cities are then free to support the development of the economy in other roles, he adds. 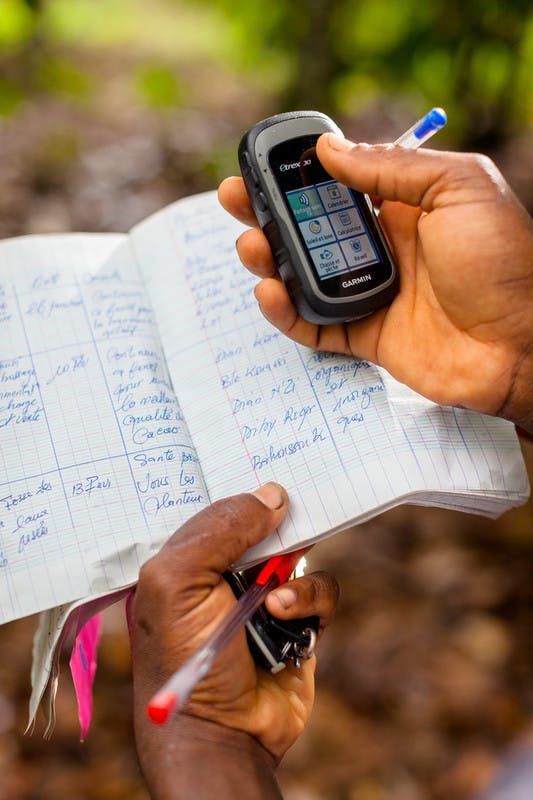 Currently available in geographies where Olam has suppliers - Southeast Asia, Latin America and Africa - OFIS is a platform that combines various streams of data entered by farmers and Olam. It records and displays farmer sales, how much fertilisers have been given to farmers, the number of farmer training sessions held, and a mapping tool plotting the farms and social infrastructure such as schools or clinics on the map.

Using individual farm data and algorithms in the system, OFIS is able to provide farmers with what Olam calls farm development plans - customised plans that guide farmers on resourcing issues like how much fertiliser to apply, says Brayn-Smith.

“In Indonesia, we have about 10,000 farmers registered on OFIS and we’ll be distributing farm distribution plans to them during the course of this year,” he adds.

By tracking transactions through Olam’s supply chains, says Brayn-Smith, OFIS provides traceability for Olam’s end customers such as Unilever and Nestle that want to be sure of the sustainability credentials of the materials they source.