As colourful as it is, the traditional Burmese longyi has left rivers in Myanmar's Wundwin town murky from decades of dye and wastewater pollution. Here's how a Japanese technology company—and a young Burmese executive—is leading the clean-up.

In the heart of Myanmar, a few miles south of Mandalay, lies the textiles town of Wundwin.

For more than 60 years, the area has been the primary production hub of the longyi, a traditional Burmese garment that is routinely dyed a variety of colours, more often than not black. There are more than 600 factories that dye fabric in Wundwin, and for many decades wastewater from the factories has been discharged into the surrounding rivers.

One of the main figures in realising a project to end this pattern of pollution is Sai Korn Lian. The young Burmese is a member of the global business promotion team for Horiba, a maker of measurement and analysis instruments from Japan, a country all too familiar with the environmental consequences of industrialisation. “Before we began this project, we were heading nowhere”, Sai says with a strained smile.

Being directly involved in the on-the-ground implementation of the project, he was part of a unique collaboration between Japan’s Ministry of Environment and Myanmar’s Environmental Conservation Department (ECD). 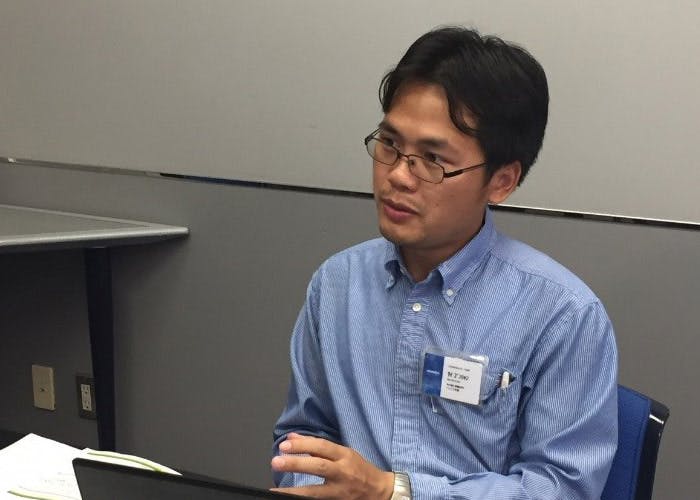 The technology used to analyse the scale of the pollution in Wundwin was provided by Horiba, while the treatment process was provided by industrial services company Hitachi Zosen.

We had to re-focus the project to provide a more efficient, easier to operate, affordable technology if we wanted to see a lasting change.

“People in Wundwin were used to seeing black (polluted) water ever since they were kids, it is not unusual for them,” Sai says. 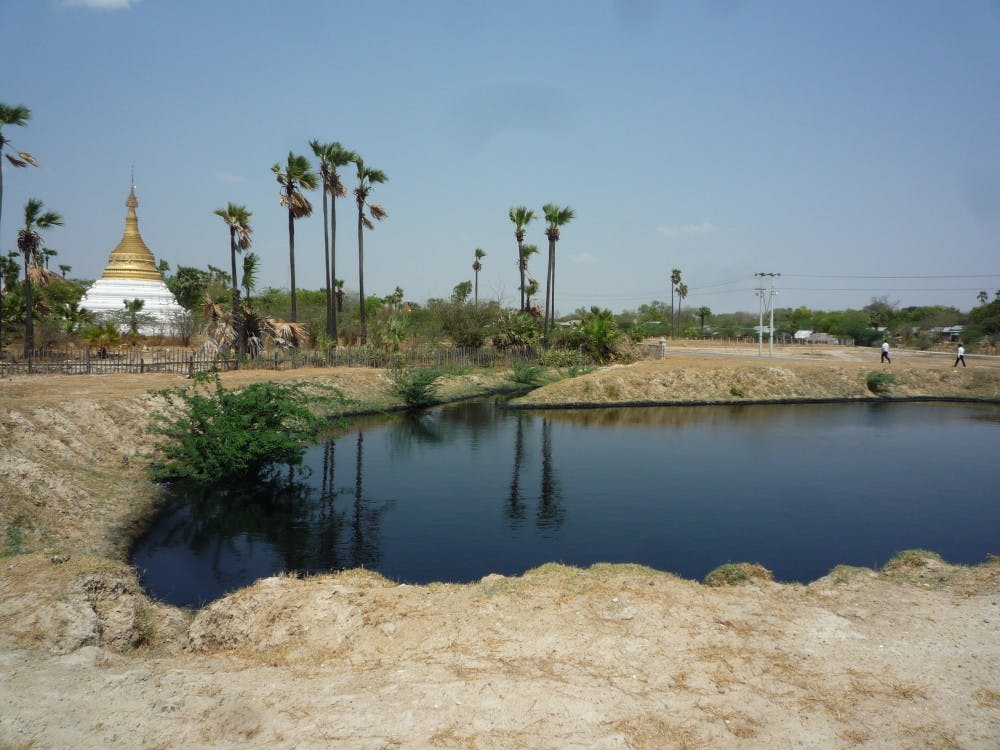 To tackle Wundwin’s chronic water pollution problem, the first step was to assess the situation. Horiba conducted a survey of dyeing factories to gauge the scale of discharged water, and the impact on rivers in the area. “No two wastewater discharge impacts are the same. That is why we believe in localised solutions,” says Sai.

However, there were more hurdles than simply assessing the damage and then fixing it. “We quickly realised that the key to tackling the problem was awareness,” Sai states. “The key is showing the importance of environmental pollution, not only at the macro-level but locally in Wundwin.”

The dyeing process was so entrenched that workers handling the dye did not even wear gloves. So Horiba held seminars and workshops in Myanmar, and ran an internship programme in Japan to teach best practices in the dyeing process. 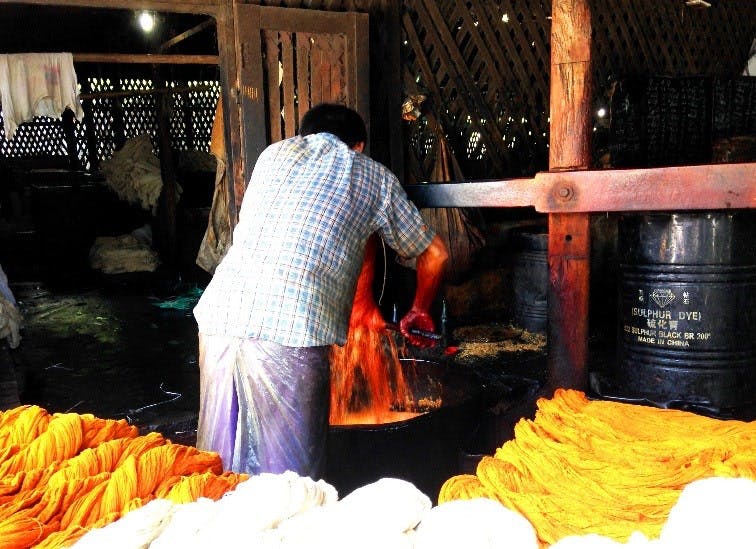 After the initial assessment work was completed, a new method for cleaning the wastewater was tested. Some 2,000 litres of water was purified per day using Hitachi Zosen’s technology. This initial phase of the project lasted from September of 2015 to March 2017.

“The pilot plant was successful at cleaning the water, but it was not a success at addressing the real issue,” says Sai.

Simply purifying the water was not enough. The technology needed to be operable by local staff, and within a budget that was realistic for wide-scale implementation. “That’s what I mean by localising solutions”, Sai explains.

“We had to re-focus the project to provide a more efficient, easier to operate, affordable technology if we wanted to see lasting change.”

Besides purifying wastewater, the second phase of the project, which ran from April 2017 to March 2018, saw renewed focus on education.

Local workers were trained in wastewater treatment, using technology that was compact and affordable. “It was at the completion of the second phase where I felt we could finally say we were successful”, Sai reflects.

In the end, the project lasted almost three years, and its effects were felt not only at the local level in Wundwin. but nationally.

“When I said we were going nowhere at the beginning, I wasn’t just talking about river pollution, I was talking about the attitude towards environmental preservation at a country-wide level”, Sai says.

Over the course of the project, Myanmar’s Environmental Conservation Department adopted its first guidelines for noise, air and liquid emissions in December 2015. And this year, ECD launched an Environmental Management Plan for polluting industries, which required nine major industries—including the textiles business—to adopt wastewater and solid waste management systems. It was the first such regulation in the country.

“I truly believe the awareness we raised helped shift policy and played a role in ECD implementing such a law”, Sai says.

But the work isn’t over yet. Though the project has officially concluded, workshops and internship programmes continue to ensure the textiles industry stays on a sustainable track—and Myanmar’s rivers are cleaned.

These efforts are supported by Japan’s Ministry of Environment as part of its “Pilot Projects for Water Environment Improvement in Asia” programme, which has focused on Southeast Asia to share knowledge and learn from the mistakes that industrialising Japan made in the past, and share technology from Japan’s business sector.

For Horiba, opportunities such as these represent a chance to showcase the effectiveness of its solutions while helping to contribute to environmental preservation on a global scale.

At the centre of it all is Sai Korn Lian, who relishes his position as a local who not only works in Japan, but for a company that specialises in measurement analysis.

“The first step in any project dealing with the environment is measurement,” he says. This is a phrase he repeats often, and he is already focusing on the next project in Myanmar.

“I am constantly communicating with Myanmar, and we have started planning our next project with a focus on air pollution in the capital region,” he says.

“I am really in a special position: despite working on the business side in a foreign country, I am able to coordinate with governmental and local leaders back home, and contribute to improving their lives with our technology.”