Green fist in a glove factory: How one woman is changing manufacturing

In the male-dominated manufacturing industry, Juliana Lam has been turning heads with her devotion to sustainability. The Hongkonger tells Eco-Business about her hands-on approach in glove manufacturing, and how she is greening the sector.

When Julius Industries’ founder and managing director Juliana Lam began serving only vegetarian food in her factory’s staff canteen on Mondays, there was outrage, horror and ridicule.

Workers at her glove-making factory in Guangzhou accused her of being cheap, but when she showed them the company’s food purchasing costs, they were shocked to find that their free vegetarian lunch and dinner was more expensive than meat-based meals.

“We had to tempt them [into adopting a sustainable diet by providing better food]. When they found out we were paying more, they were so surprised. Which dumb boss would pay more for healthier meals?” Lam recalls of the period after she had implemented the company’s sustainability programme.

But over time, the 350-strong staff have begun to understand the positive health and environmental benefits from a vegetarian diet and are now asking for an additional day of vegetarian meals. “We’ve successfully tempted them and we’re changing people’s mentality,” Lam tells Eco-Business in an interview. 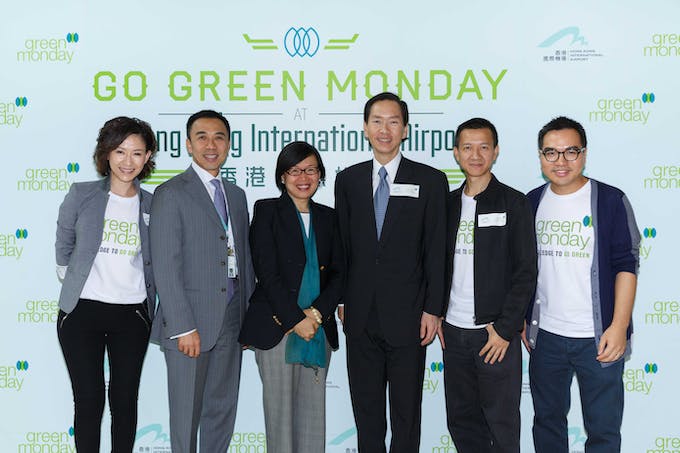 A more environmentally friendly diet is just one part of Julius Industries’ sustainability programme. Started the year after the glove manufacturing firm was established in 2016, it has yielded a 14 per cent decrease in carbon emissions and 18 per cent of the factory’s waste is recycled. This includes initiatives to segregate waste, charging stations for employees’ electric bicycles, and food waste composting. It intends to reduce its carbon footprint by a further 30 to 50 per cent within the next three to five years, and begin setting science-based targets.

Those who know Lam would not be surprised. She co-founded start-up Green Monday in her native Hong Kong to encourage people to give up meat for one day a week, and is actively involved in charity work and education initiatives. Just last year she received a Lifetime Achievement Award at the inaugural Women Eco Game Change Awards 2017 in Hong Kong held by Global Green Economic Forum (GGEF), a social enterprise promoting sustainability among business leaders and youth in Asia.

And that’s not to mention her day job running her newborn manufacturing firm, Julius Industries. With 20 years of experience managing glove factories around Asia Pacific and working for her father’s business, Lam struck out on her own two years ago with the intention of making sustainability a key component of her new firm.

She did it her way

Speaking about her experience working for her father’s manufacturing firm in the past, Lam says: “We’d heard about sustainability and recycled materials but it was expensive, and the buyer-manufacturer relationship was unequal.”

Manufacturers were expected to be grateful for purchase orders and buyers would walk out at the first mention of a price increase. Awareness about sustainability was low as well, she adds.

But the manufacturing landscape has since evolved and ignoring the environmental and social impacts of one’s business can have life-threatening consequences for a company. A good number of manufacturers have been forced to shut down because they did not comply with toughened Chinese environmental laws, Lam points out, adding that for business owners sustainability is ultimately a choice.

“It’s a choice whether you want to stick with unrecyclable materials that may be cheaper today, or think long term, accept the cost, and tell your target audience your story to educate them,” she says.

Buyers have also changed and now have different metrics to meet. When one of Julius Industries’ customers placed an order for items to be manufactured with recycled fleece, which contains 25 per cent plastic from recycled PET bottles, Lam asked if the client would like to include a hang tag to explain the story to shoppers.

“They said: ‘A tag is one more thing to throw away, which means it’s not a real sustainability programme. We’ll use the TVs in the store to share the story and educate customers instead.’ Isn’t that beautiful?” Lam shares, who adds that the client is one of the biggest supermarket chains in the United States. 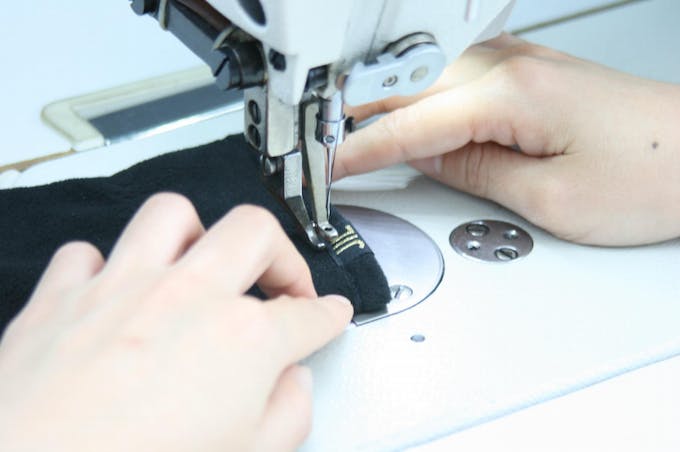 Today Lam shows her clients the sustainable way forward before the order is even placed. “This shows them that not only can they feel good about what they are buying, but together we can do so much for the environment.”

This transparency is central to the firm’s approach with buyers. Asked if she had faced challenges similar to a leading Bangladeshi textile mill that has said it “regrets going green” because Western brands have refused to pay more, Lam says that manufacturers in such situations can be transparent about their pricing and emphasise the range of benefits rather than the cost of sustainable production for the buyer. “Present it as a package,” she advises.

Despite her extensive experience in glove manufacturing, it has not been all smooth sailing for Lam, the rare female in a male-dominated industry.

As a woman, the physical aspects of the industry can be a challenge as is earning the respect of staff and customers, she tells Eco-Business. “Cutters [who cut textiles] are mostly men and being a woman, as their boss, I have to show them that I have the practical skills to persuade them that there are better ways to work,” Lam explains. “I can’t just say it, I have to go to the site and demonstrate it.”

She recalls pitching business to Japanese and Korean clients who would not even look her in the eye. “So I said, don’t look at me then. This is the presentation, you look at the presentation,” Lam says. Changing mindsets that consider women to be less capable than men will take a long time to change, she remarks.

Her advice to other other women? “Do what you believe in, do not back down, and do your homework,” says Lam.

And with some satisfaction, she adds: “Those Japanese and Korean buyers didn’t look me in the eye, but they gave us our biggest orders ever. So never give up.”