Filipino activists: Loss and damage fund a win, but what about fossil fuel phaseout?

COP27 closed with the agreement to establish a loss and damage fund to help countries most affected by rising temperatures. Environmental groups say the historic deal is undermined by the lack of plans to curb fossil fuels.

The COP27 climate summit in Egypt finally concluded in overtime on Sunday, with delegates agreeing to establish a loss and damage fund to help countries most affected by rising temperatures to be able to face climate disasters.

The details on how it will operate and where it will source money will be worked out by a committee in next year’s conference.

Filipino environmental groups who attended the summit in person lauded the fund but called for nations and corporations most responsible for the climate crisis to contribute the most money.

“Countries like the Philippines already experiencing climate impacts must not forget that loss and damage is not just a matter of compensation or reparation. It’s also about holding corporations and rich nations accountable,” said Derek Cabe, community organiser and coordinator for the Nuclear and Coal-free Bataan Movement, which advocates against fossil fuel development in the province of Bataan.

Cabe said that the top pollutors found to be liable for climate disasters were still “vague” in their actions, resulting in delays in the transition to renewable energy.

Countries like the Philippines already experiencing climate impacts must not forget that loss and damage is not just a matter of compensation or reparation. It’s also about holding corporations and rich nations accountable.

Derek Cabe, community organiser and coordinator for the Nuclear and Coal-free Bataan Movement

She was citing from a report, released in May by the Philippines’ Commission on Human Rights (CHR), revealing that 47 fossil fuel companies, including energy giants Shell, Chevron, ExxonMobil, Total and BP, had a role to play in causing natural disasters such as syper-typhoon Haiyan, which devastated the Philippines in 2013 and left more than 6,300 dead.

“New and additional finance for developing countries and climate vulnerable communities should be provided by these corporations and rich nations not just for loss and damage but also for adaptation and mitigation,” said Yeb Saño, Greenpeace Southeast Asia Executive Director.

Mitigation actions tackle the causes of climate change like emissions from coal plants while adaptation means shielding people and places from the impacts of climate change, like protecting coastal areas from sea level-rise.

Saño, who headed the Greenpeace delegation at COP27, said support for adaptation and mitigation includes a coal phase-out by 2030 for rich nations, stopping subsidies to fossil fuels and ensuring that the US$100 billion climate finance pledge promised by developed country governments to poor nations is implemented, through grants only. Climate finance pledges usually come to recipient countries in the form of loans, which add to the debt burden of countries most affected by the climate crisis.

The G7, which include leaders of Japan, Germany, the United States, United Kingdom, Canada, Italy and France, made a pledge more than a decade ago to mobilise US$100 billion in annual funding to developing countries for climate adaptation. But they are seen to continue to miss the longstanding pledge for the next three years. In last year’s COP, they even vowed to double funding for adaptation by 2025. 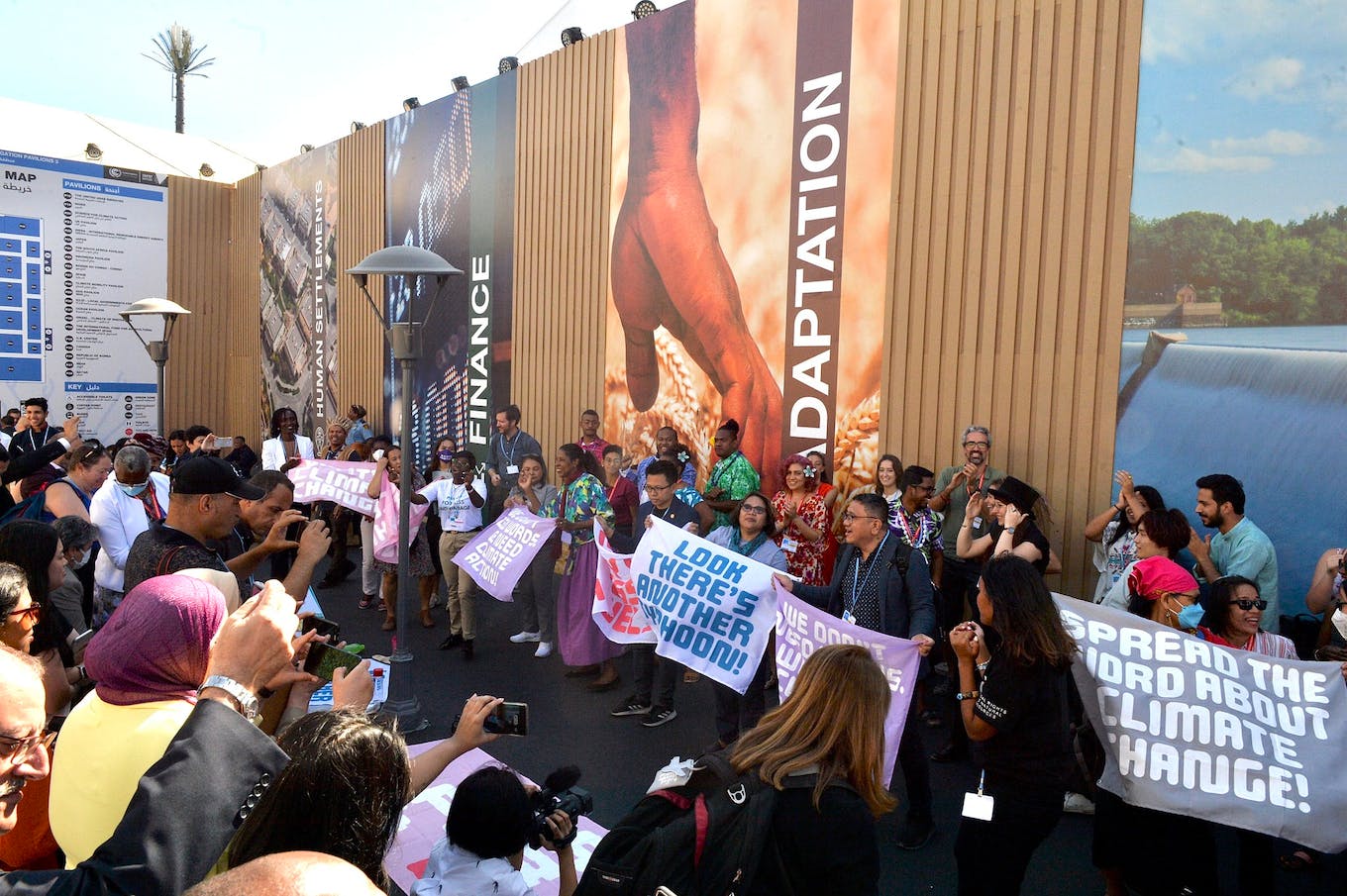 Lack of fossil fuel phase-out is “worrisome” for the Philippines

Despite the approval of the historic deal, activists lamented how the breakthrough was undermined by the COP’s failure to signal the phaseout of all fossil fuels.

The final text lacked a binding agreement for the phaseout of all dirty energy—oil, gas and coal—to align with the 1.5 Paris goal. Instead, rich countries have managed to entrench a phase-down strategy which only deals with coal.

“More emissions would mean further destabilisation of the climate, in effect resulting in climate impacts such as floods, droughts, storms. This is most worrisome for our country,” said Pedrosa.

Many others, like the Philippines’ own delegation, shamefully kept mum despite representing highly vulnerable peoples. This silence becomes even more disappointing if we recall how, in the past, the Philippines was one of the strongest voices for climate justice and action.

Gerry Arances, executive director of research institute Center for Energy, Ecology and Development, noted how dozens of governments at the summit joined in to say that fossil fuels must be phased out, yet a handful of nations intent on blocking the energy transition prevailed.

“Many others, like the Philippines’ own delegation, shamefully kept mum despite representing highly vulnerable peoples. This silence becomes even more disappointing if we recall how, in the past, the Philippines was one of the strongest voices for climate justice and action,” said Arances.

The Philippines was instrumental in securing the first formal United Nations body on loss and damage at the 2013 Warsaw COP after the country was slammed by Typhoon Haiyan.

However, Tony La Viña, a former climate change lead negotiator who attended COP27 as an observer, said the establishment of the fund was already a “solid and good outcome” from the talks.

“I actually expected much less, more of a process decision than actually the establishment of loss and damage funding arrangements which is probably a fund, which is a better option than a facility,” La Viña told Eco-Business.

Adopted in 1997 in Japan, the Kyoto Protocol commits state parties to reduce greenhouse gas emissions, based on the scientific consensus that global warming is occurring and that human-made emissions are driving it.

La Viña observed that the developing countries were more focused on their objectives at COP27. ”[They] did not blink and had their eye on the ball,” he said.

He said that he was in the minority who believed that there would be a “good outcome on loss and damage”, and was surprised by how concrete the agreements were. This was despite the resistance by developed countries, “because the weight of the moral imperative translated into political pressure”.