Environmentalists are worried about the “exceptionally weak” wording in the document. COP26 president Alok Sharma says that “big gaps” remain on vital issues between nations in climate negotiations.

After a full week of negotiations, a first draft of the Glasgow final decision text at COP26 has been published. The draft includes, for the first time in the history of the United Nations climate conferences, an eye-catching statement: a call for countries to “accelerate the phasing out of coal and subsidies for fossil fuels”. However, environmental activists are upset about the weak wording in the text, and said that this does not bode well for the final outcome of the landmark climate summit.

“What’s very concerning here in Glasgow is that the first draft of the climate pact text is already exceptionally weak. Usually the text starts with some ambition, which then gets watered down,” said Jennifer Morgan, executive director of Greenpeace International, via her Twitter account on Tuesday.

Greenpeace, an international non-profit campaigning organisation, released its own statement after the publication of the draft text, saying that it is “gravely concerned” that there is still a lack of focus on phasing out fossil fuels, although it understood that the draft document does not prejudge final outcomes.

The key outcome of the COP26 climate summit, known as the cover decision, is expected to be released late on Friday or on Saturday, when the conference wraps up. The final iteration of the cover text can still evolve as negotiations progress.

In the 800-word draft text published overnight, before climate talks enter its final stretch on Wednesday, several key issues were underlined, including the need to recognise the “urgency of action” to keep the 1.5°C warming goal alive. The 1.5°C temperature ceiling must not be exceeded, if the world is to avoid the most catastrophic consequences of climate change.

The text highlighted that this would be a “critical decade” for the world to deliver on the Paris Agreement goals on mitigation, adaptation and finance. It included a consensus statement where countries welcomed the findings of a key report by the Intergovernmental Panel on Climate Change (IPCC), published in August, which had earlier concluded that the window for limiting temperature rise is quickly narrowing.

There is a need for “increased ambition and action” in light of science to address gaps across all pillars of the Paris Agreement in a balanced manner, the draft text said.

On climate finance, the draft text noted with “serious concern” that a collective promise from developed countries to channel US$100 billion in annual climate financing to developing countries by 2020 has not been met. The text recognised the need to urgently scale up finance flows “to respond to the needs of developing countries”. A placeholder was left in the text as deliberations on a “new collective quantified goal post-2025” were ongoing.

At a press conference on Tuesday, prior to the overnight release of the draft text, COP26 president Alok Sharma refused to be drawn into providing more details on the course of negotiations, though he acknowledged that gaps remain between nations.

“For the next few days, we are absolutely going to need to see a change in gear,” he said. 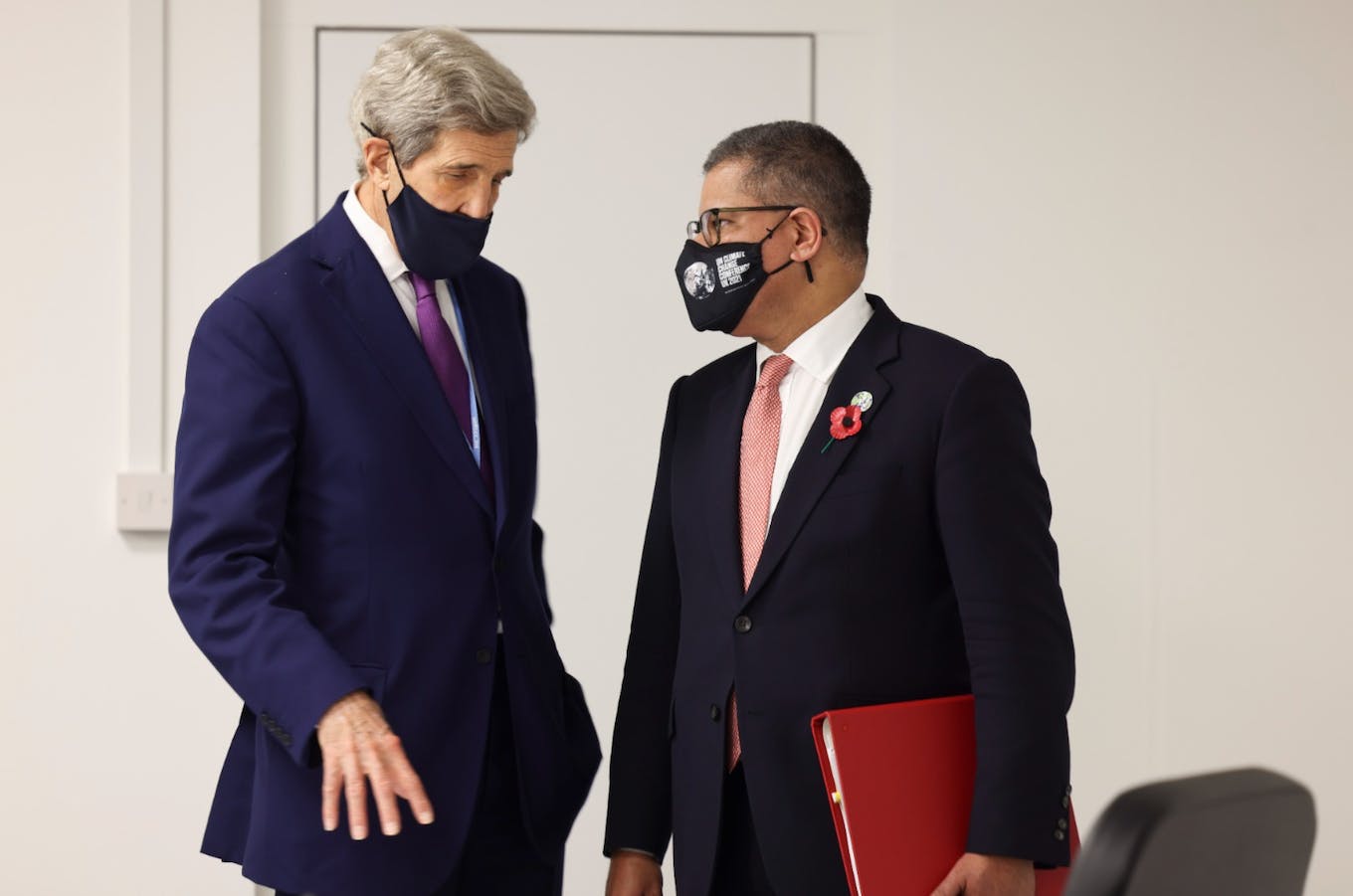 Archie Young, lead negotiator for Britain for the COP26 talks, added that the presidency will try to push for a final text that can stand up to scrutiny.

World leaders at Glasgow have been trying to play down expectations for a grand new statement to emerge by the end of negotiations, by highlighting that the talks have been difficult. Hopes are still high for one breakthrough though, that a deal on carbon-trading rules will finally be forged.

Getting an agreement on this would likely mark a turning point for climate diplomacy. Climate envoys for the United States and China, John Kerry and Xie Zhenhua, respectively, have both told the media that an agreement on carbon market rules that fall under Article 6 of the Paris Agreement could be reached.

“We could finish the rule book,” said Kerry, in an interview with Bloomberg on Tuesday. Kerry also called for countries to measure the progress of their plans every year, stating that this should be reflected in the final text from the summit.