Climate change is degrading the liveability of developing Asia's cities

Deteriorating air quality, heat waves and drought have driven down poorer South Asian cities in a ranking of the world's most liveable cities. Meanwhile, Sydney has risen up the ranks but Singapore and Hong Kong have fallen.

Extreme weather events and choking air pollution made cities in developing Asia less liveable this year, according to United Kingdom-based research that assesses the living conditions of the world’s major urban environments.

New Delhi, India’s capital, registered the biggest decline in liveability in Asia, slipping six places to 118th out of 140 countries surveyed in an annual global liveability index released on Wednesday by The Economist Intelligence Unit (EIU).

The city, one of the world’s most polluted, ranked the sixth highest emitter of particulate matter in the most recent data from the World Health Organisation published in May last year.

Heat waves in India have become more intense in the past decade, and temperatures in New Delhi soared to a record 48 degrees Celsius in June. In the same month, the city of more than 20 million people was struck by a water crisis.

We expect problems relating to climate change to put increasing pressure on liveability in the coming years.

Dhaka rose one spot to 138th place as the Bangladesh capital became more stable after a period of terrorist activity. Dhaka’s overall rating was dragged down by pollution, and it was the third lowest ranked city in the index and the weakest performer in Asia.

Karachi, capital of Pakistan, still appears in the global list of the 10 least liveable cities due to smog and frequent heat waves.

To assess living conditions, the EIU examines five categories: stability, healthcare, education, infrastructure, culture and environment. Each city is rated across 30 factors, and a weighted score produced between one and 100.

“We expect problems relating to climate change to put increasing pressure on liveability in the coming years,” Demarais said.

“In recent years liveability has generally been rising, thanks to improvements in stability, education and healthcare provision in cities in emerging markets. But these improvements are under serious threat from an increasingly adverse climate.”

How the world’s most liveable cities can stay ahead

Despite the risk to future scores posed by climate change, the global average for liveability has increased by 0.5 per cent, to just under 76, over the past five years, the report found.

Vienna, known for its well run public transport and refreshing Alpine air, remains the most liveable city in the world for the second year running, ahead of Melbourne and Sydney.

Sydney rose from fifth to third in the list, boosted by its environment score that aligned with its strategy to reduce carbon emissions by 70 per cent and source half of its electricity from renewables by 2030. 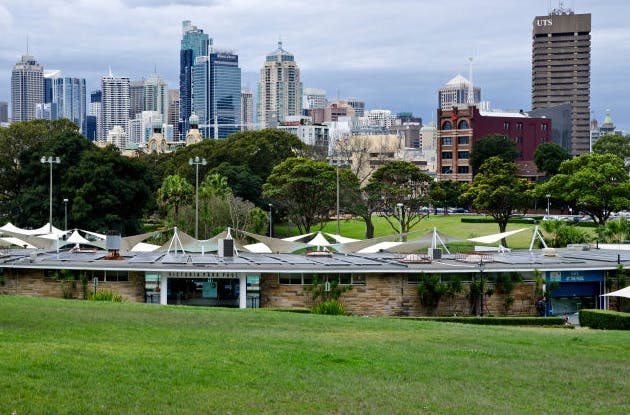 Solar panels on the roof of the Victoria Park Pool complex in Sydney, Australia. The city is offering investments for local businesses and residents to take up renewable energy, as outlined by the city’s “Sustainable Sydney 2030” strategy. Image: City of Sydney

Japanese cities Osaka and Tokyo remain in the top 10 for perfect scores in nearly all categories, due to “consistently low crime rates and excellent healthcare and education.”

Singapore fell three places to 40th spot while Hong Kong’s ranking was pulled down from 35th to 38th place.

But EIU’s Demarais explained that the overall ratings for the Asian regional hubs have not changed from last year.

The scoring for Hong Kong was done prior to the escalation of pro-democracy protests, including a strike in August at its international airport that brought one of the world’s busiest transit centres to a standstill.

“The movement of Singapore and Hong Kong is just in its ranking, which is relative compared to the scores of some other cities that have changed,” she told Eco-Business.

China has not seen major fluctuations in the liveability scores of its cities. Suzhou, Beijing and Tianjin—the most liveable cities in the world’s most populous country—were all within striking distance of receiving the top-tier score of 80, but the report called for an improvement in their air quality to achieve it.

The report noted: “We see climate change as a global phenomenon, which threatens the liveability of cities at the very top of the index, too. Only a coordinated global effort to limit the rising temperature of the planet will succeed in maintaining current levels of liveability across the world.”