A common green taxonomy with the European Union and strict disclosure rules will bring China closer to international standards. But entrenched interests driving investments in heavily polluting assets in Asia can complicate the picture.

Driven by top-down policies and investor demand, the harmonisation of green finance standards is slowly playing out in the Chinese market. As the landscape evolves and China ups its ante on regulation, this will likely send ripples across Asia, said observers.

“Historically, Asia has been a bit of a laggard when it comes to improving its regulatory landscape in green finance. But now we are seeing a change, and China, in many ways, is leading from the front, ” said Michelle Cameron, head of sustainable finance and investment, Asia at financial markets tracker Refinitiv. “That is a good sign.”

Refinitiv is owned by the London Stock Exchange Group (LSEG), a supporter of ‘China X Asia‘, the inaugural Eco-Business China event, where Cameron was a guest speaker. Held last month, the panel discussed the evolving regulatory picture in China’s green finance space and looked at how this could potentially affect the other financial hubs in Asia.

Cameron said that sustainability reporting needs to become mandatory in China, and the myriad frameworks need to be harmonised. She is also confident that the debut of China’s carbon trading scheme, the world’s largest, will boost Asia’s nascent market for buying and selling carbon emissions, even though it only covers limited sectors now.

“Even if you are not a supporter of carbon offsets, it cannot be denied that China’s introduction of a carbon trading market is an economic game-changer, both at home and for the broader region,” said Cameron.

Observers on the panel were all in agreement that there is plenty going on in China’s sustainable finance space. The country’s green bond market has been rapidly growing, but for the longest time, China’s inclusion of “clean coal” — including coal washing plants that remove impurities — in its bond catalogue had put it at odds with global standards, a point of contention for international investors and environmental groups. In May 2020, China’s central bank issued new draft guidelines that finally excluded clean coal projects from the list.

China is also working with the European Union, another major green finance market, to launch a converged taxonomy — a classification system that tells investors whether certain types of activities are green — to improve the interoperability of financial standards across the regions.

Christoph Nedopil, who leads a Shanghai-based green finance think tank, believes that the series of policy cleanups reflect China’s ambitions to build a comprehensive green finance system. As the world’s largest economic power, however, there are complexities in how its system is run, said Nedopil.

The associate professor and director of the Green Finance and Development Center at Fudan University’s Fanhai International School of Finance (FISF) pointed to how carbon dioxide emissions in China continue to rise, alongside massive flows of capital into green investments.

A renewed emphasis on energy security amid global uncertainty and mentions of “advanced coal technologies” at the recent Two Sessions, the annual meetings of China’s top political bodies, are of concern too, he said. 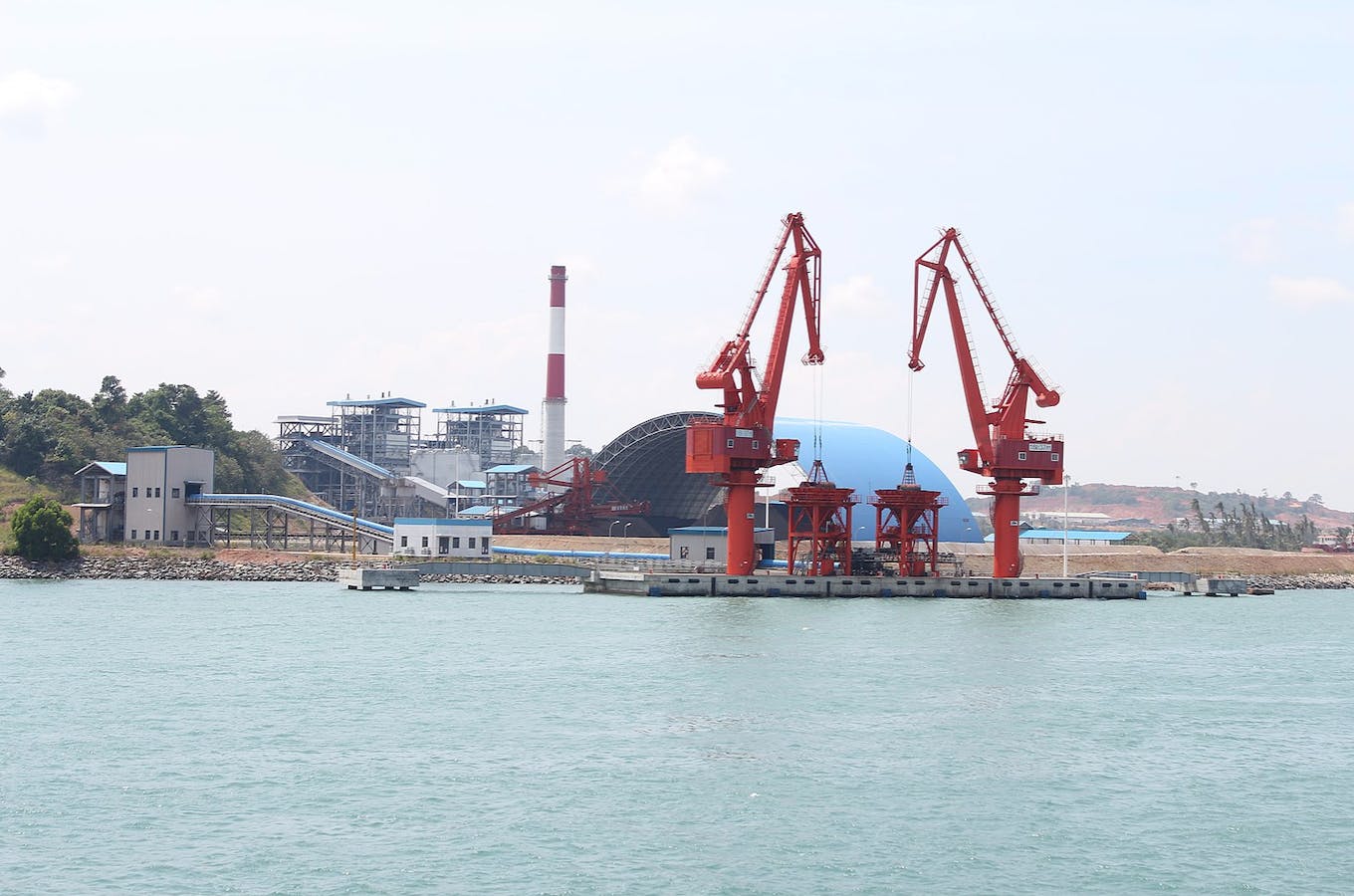 China can be both a fearsome dragon and a friendly panda, when it comes to how its actions might impact green finance in Asia, said Nedopil, referring to two familiar cultural symbols commonly used to represent the major power. “I think we have to be cognisant that there are many things going on at the same time in the country. It is a very complex picture.”

For example, Nedopil foresees the continued upgrading of existing coal-fired power plants in Asian countries that still see strong incentives to keep the dirty fuel alive, despite China’s announcement last year that it will halt the funding of foreign coal projects.

Financing of early coal retirement can be very challenging, especially as there are entrenched interests involved, said Nedopil. Indonesia, with a coal price cap of US$70 per tonne, a price so competitive that it helps coal remain as an attractive energy source, or Laos, where coal plants are financed by public capital, would hesitate to get rid of their coal assets, he said.

“It is just super lucrative for investors to still put money into coal. To accelerate the phaseout, the challenge here is policy,” said Nedopil.

Last month, when the Chinese government clarified its pledge to end overseas coal financing, in a set of guiding opinions released by five of its national-level agencies on greening the Belt and Road Initiative (BRI), observers noticed that the document highlighted that the country will “push forward coal power projects that are under construction steadily and cautiously” as it “stops building new overseas coal power projects completely”. The ambiguity of the language in this document is indicative of how difficult the problem is, said Nedopil.

“The world is getting better at raising green finance and at adhering to reporting standards, but which direction are we ultimately heading towards? In a situation where there is a greater transparency, investors ideally will not put their money into polluting assets anymore,” Nedopil said. “Unfortunately, that is not how things work. At the end of the day, a regulatory framework is needed to make things happen. Otherwise we are not setting the right incentives for investments in the energy transition.”

“If you talk to global investors, that is exactly what they are saying too. They need stability. They need to be told that there is a clear direction and goal for Asia.”

Mervyn Tang, head of sustainability strategy, APAC, at global investment management company Schroders, said that time is needed for regulations to feed through and for real impact to be felt, and having taxonomies to clearly define what is and isn’t a green investment can help.

“There are going to be different views across different regions and countries on what is sustainable, and these would have to be expressed in a certain way,” said Tang. “With a taxonomy, you are effectively identifying these activities. It provides a clear anchor, and where that really has an impact is when these also get embedded into regulation.”

In a keynote presentation at the event, Violante di Canossa, chief economist at United Nations Development Programme (UNDP) China, shared how the organisation had developed a finance taxonomy for the economic superpower, that looked at alignment with broader Sustainable Development Goals (SDGs).

In a situation where there is greater transparency, investors ideally will not put their money into polluting assets anymore. Unfortunately, that is not how things work.

The taxonomy is now used as a reference by China’s National Association of Financial Market Institutional Investors (NAFMII) to develop their debt instrument guidance for social responsibility and sustainable development bonds.

The New Development Bank (NDB), established in 2015 by BRICS countries — China, Brazil, Russia, India and South Africa — also applied the taxonomy when it issued SDG-linked bonds last year, said di Canossa. “The EU-China taxonomy is a fantastic step forward and we believe it will be an efficient market tool, but its scope is still too narrow. We hope governments can start looking at broader taxonomies too,” she said.

Tang and di Canossa are optimistic that China will deliver on its carbon neutrality target — its goal to reach net-zero carbon emissions by 2060 — and that this will have a domino effect on other countries in the region, with bountiful opportunities for investments in renewables and technological change.

Tang believes that China could potentially be a major energy provider for Asia, especially for cities that face constraints in producing wind and solar energy. With the BRI push, China is also a key source of capital for emerging economies in the region, Tang said.

“There is a good chance that as China moves forward, it will take the rest of the region with it.”