From farmhouse upgrades to electric vehicle sales blitzes in the countryside, the world’s second-largest economy wants its rural consumers to start spending green too.

A shift has been rippling through China’s enormous middle class in recent years, moving it towards responsible consumerism. Keen to ride on this momentum, the Chinese central government has decided that it will aggressively push for its people to practise “green and low-carbon consumption” in all areas of life.

A recent policy document, jointly published last month by seven of its top-level government organs, including the National Development and Reform Commission (NDRC) and the Ministry of Commerce, outlines detailed directives for the public, on how to “go green” when buying food, clothing and general household appliances.

It also encourages the use of new energy vehicles (NEVs) – a category covering hybrids, plug-ins and hydrogen-powered autos – and wants the tourism sector to redesign tour trails and facilities, while prioritising travel by foot and public transport.

“China has made progress in promoting green consumption, but its demand still needs further stimulation for our goals to be fully realised,” said the regulators in the document.

The directives aim to pave the way for the world’s most populous country to reach its dual-climate goals of peak carbon emissions in 2030 and carbon neutrality in 2060, without sacrificing economic growth.

“By 2025, we hope more consumers will embrace the ethos of green spending, as well as curb waste and overconsumption. The market reach of green and low-carbon products should significantly increase too,” said the regulators. “By 2030, we want green consumption to become mainstream.”

The wide-ranging guidelines also cover the promotion of green consumption in rural areas where about 40 per cent of the population live,  demonstrating the extent of the Chinese central government’s mobilisation drive. The rural market in China is considered as a ‘blue ocean’, largely unexploited but with huge potential.

According to China’s National Bureau of Statistics, the retail sales of consumer goods in its rural areas reached 5,926.5 billion yuan (US$936 billion) last year, up by 12.1 per cent, as rural development raises incomes for the poor. Hong Kong think tank Fung Business Intelligence Centre, in its 2022 highlights report, predicts that as China’s economy shakes off the impact of the coronavirus pandemic, overall retail sales is likely to grow by some 6 per cent this year, with the focus shifting to green living and rural consumption.

Eco-Business looks at five recommendations by the Chinese central government in its green spending push.

Residential living: clean heating and renewables for the rural farmhouse 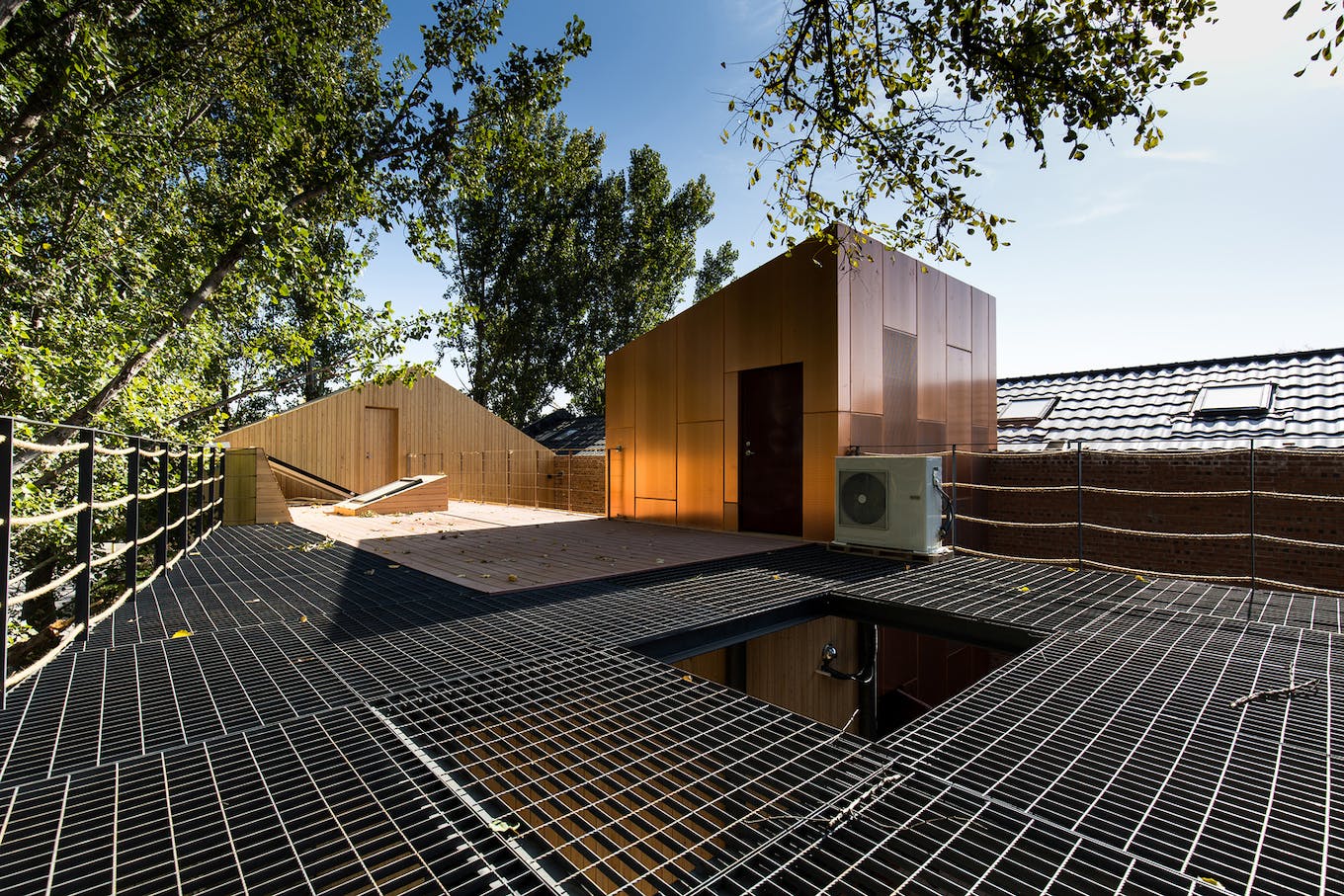 View from a rooftop of a reconstructed “zero-energy” farmhouse in Daxing, China. Image: ArchDaily

The farmhouse, a basic unit in the rural landscape and the daily living space for farmers as they rest and prepare for work, gets a mention in the policy document. As part of its rural revitalisation strategy, the Chinese government is mulling the provision of more subsidies for new farmhouse builds and revamps, incorporating energy-saving designs in these countryside staples.

This includes installing facilities that use renewable energy such as biogas and solar energy, as well as improving the indoor and outdoor thermal environment of farmhouses, to save on heating consumption during China’s freezing winters, and air-conditioning in summer.

In China, migration of the young to the cities has left rural areas with a depleted workforce and the level of interest in farming as a viable income pathway is low. The Chinese central government hopes that a renewed rural economy and additional investments can help attract a younger generation of farmers.

The policy document also advises that the upgrade of older living districts in cities take into consideration environmental needs. Local governments will be asked to promote smart photovoltaic systems in residential buildings, to increase the proportion of green energy in the power supply.

Transport: driving a Tesla in the countryside?

In a field study conducted this month in Anping, a county south-east of Hunan province, China Securities Journal reported that electric vehicles (EVs), mostly priced within reach of the middle-class buyer, are gaining in popularity among rural consumers. 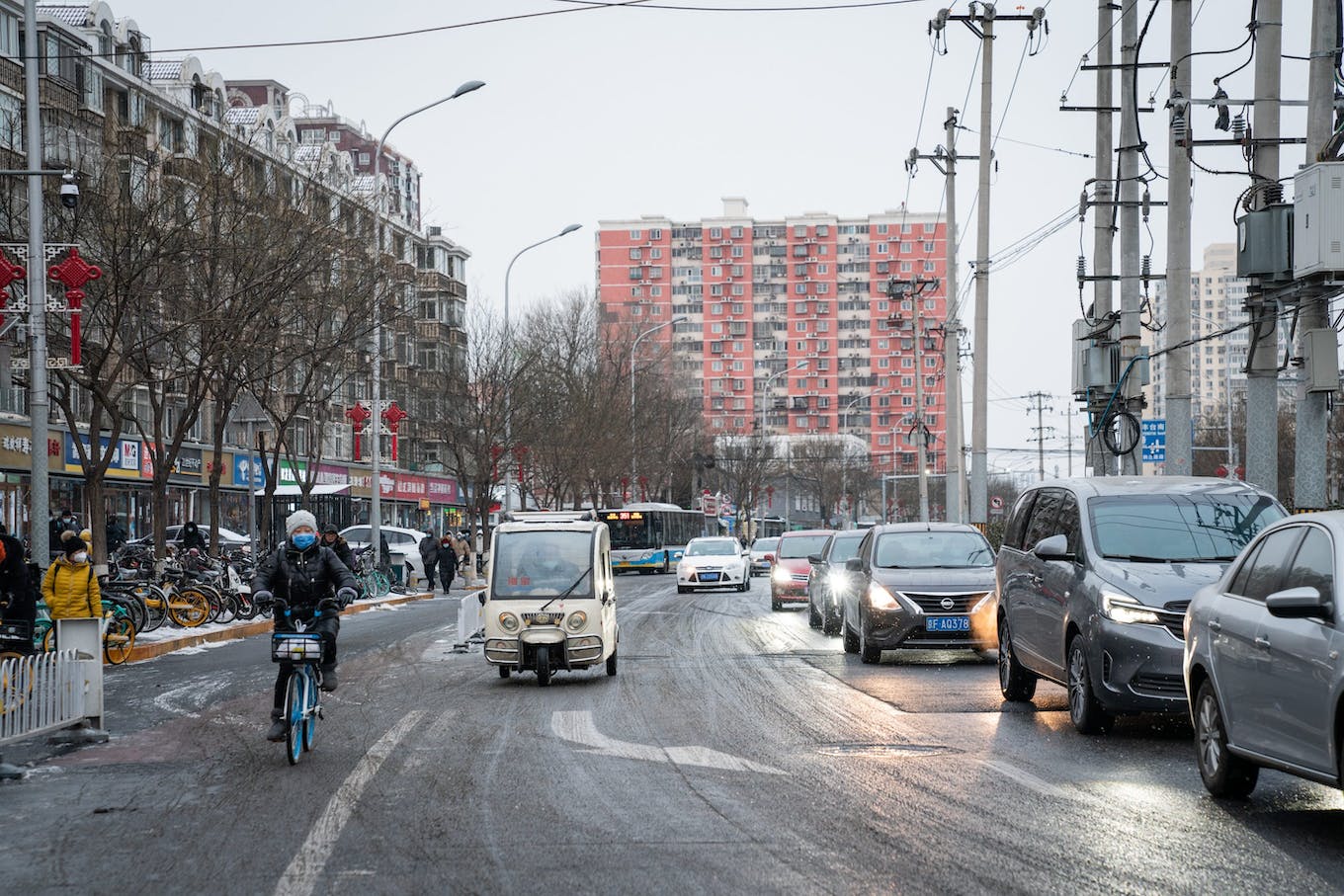 According to the report, tiny battery-powered EVs like the Wuling Hongguang Mini EV, priced at about 30,000 yuan (US$4,700), are now frequently sighted on the roads; BYD e2 hatchbacks, each with a price tag of about 100,000 yuan (US$16,000), can also be seen. Occasionally, a more expensive Tesla is spotted.

The surge in purchases of electric cars in the countryside might be due to a series of promotional campaigns, primarily driven by state and provincial authorities, said industry watchers. Xu Haidong, deputy chief engineer of China Automobile Association, said that sales blitzes were held in 11 rural provinces last year, up from five in 2020.

“Some of the car models now are already super affordable. It is expected that the next wave of purchases of EVs will come from the middle class, including those working in the rural provinces,” Xu said. “Farmers who are used to operating electric utility vehicles should easily adapt to the use of EVs too.”

The policy document released by the Chinese central government states that more promotional campaigns should be organised in the countryside. Car manufacturers should also consider launching more low-priced electric models to cater for rural markets, said the document.

Following a clampdown on ‘mukbangs’, live shows hosted by influencers who go on binge-eating sprees, in 2020, the Chinese government is now doubling down on regulations of livestream e-commerce, to make sure that those that peddle products to their fans through online platforms also abide by strict standards.

The move is in line with Chinese President Xi Jinping’s “common prosperity” policy, which calls for the redistribution of wealth and the promotion of sustainability. It seeks to discourage hyperconsumerism and displays of wealth, and is largely seen as an ideological move by the Chinese Communist Party to ensure that there is control over which industries thrive in China’s new economy.

In December last year, the Cyberspace Administration of China, the country’s Internet regulator, said that it had removed more than 20,000 influencer accounts for “abusing their influence online” and “disseminating misguided content”.

The common prosperity we desire is not egalitarianism. We will first make the pie bigger and then divide it properly through reasonable institutional arrangements. As a rising tide lifts all boats, everyone will get a fair share from development.

In sessions that try to blend entertainment with instant buying, influencers backed by large production teams get viewers to take advantage of deals. The social e-commerce format, which gained popularity with the rise of short-video platforms such as Douyin, became more mainstream during the pandemic. In a 2020 survey, two-thirds of Chinese consumers said that they had bought products via livestream in the past year.

In the policy document, Chinese state organs said that it will look into further refining the guidelines for livestream buying and will crack down on “fake” online buying sprees and campaigns that attempt to “dupe and misguide consumers into over-consumption”.

The government will also take action against sellers that mislabel their products as “low-carbon” and any greenwashing, where the environmental benefits are overblown. 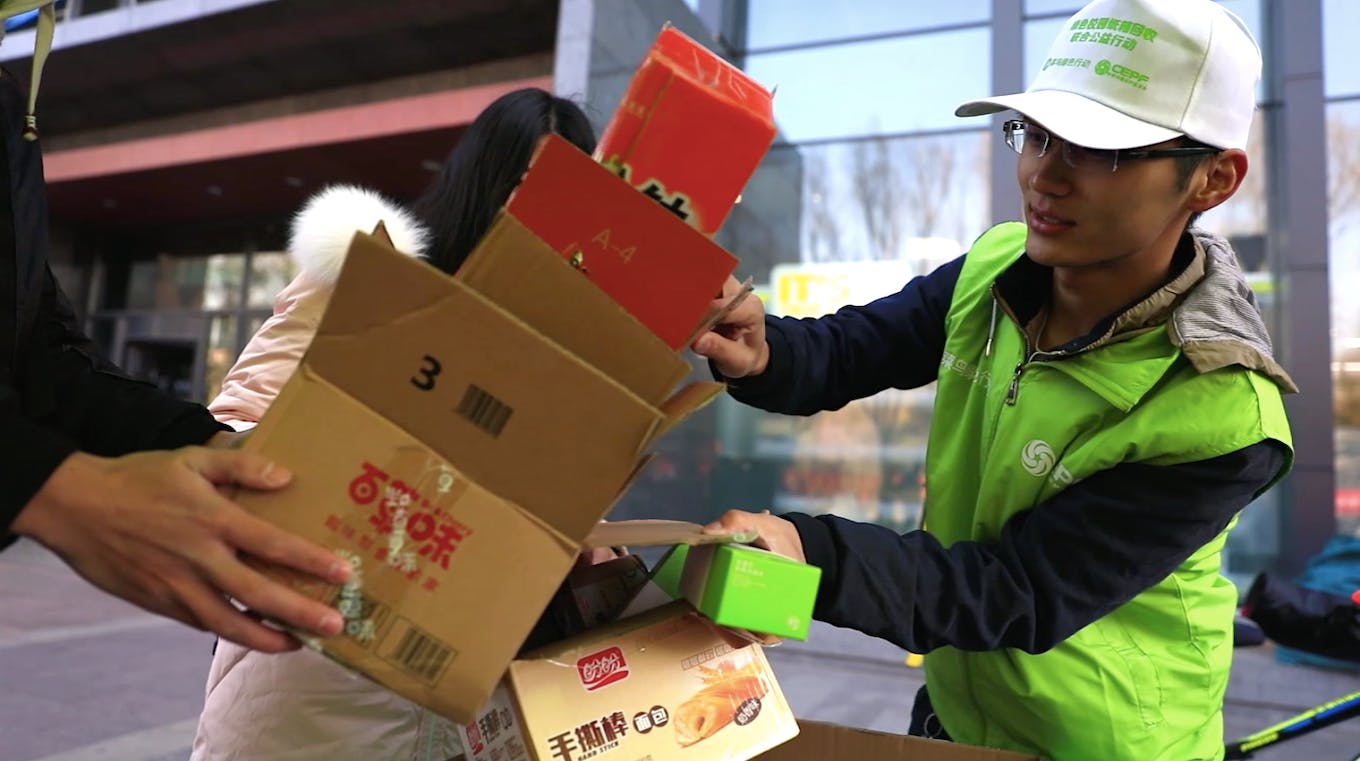 In China, public markets, retail stores and public areas in residential districts might be used as recycling points for old clothes in the future.

In the policy document, the Chinese central government advises consumers to donate old clothing to charity and to try and not overbuy.

It also wants manufacturers to use eco-friendly fibre for school uniforms and company team outfits.

China also wants visitors to its tourist destinations to ditch the tour coaches and their private cars, and opt to go by foot, bike or public transport when sightseeing.

In the policy document, it advises destination and tour operators to adopt greener designs for their facilities and spaces and promote sustainable tours. Green guides should be published to help consumers and tourists make better decisions, it said.

For large-scale meeting and entertainment events, organisers should opt for furnishings and lighting that are more eco-friendly and energy-efficient. Light and sound pollution should be minimised for all events, said the regulators.

The original caption of the first photo in this story wrongly stated that it was of solar panels on the rooftop of a farmhouse. It has been edited for accuracy.