Can Singapore, the city in a garden, grow into a city in nature?

Singapore uses greenery to keep cool, calm and clean. But many of its green areas are ecologically sparse by design. Is the hyper-urbanised city-state nature-loving enough to grow into a city in nature?

If Singapore is to hit an ambitious target for cutting carbon, it needs to get greener—literally.

By 2030, the tropical city-state aims to cut carbon emissions intensity by 36 per cent of 2005 levels, and one way of doing so is to adorn its thousands of high-rise buildings—by far the biggest consumers of energy in the city-state—with greenery.

A layer of plants on a roof or wall can reduce the amount of heat that penetrates a building by 60-70 per cent, says Zac Toh, founder and director of greening firm GWS Living Art. If the temperature inside the building is lowered, so is the need to blast it with energy-guzzling air-conditioning. 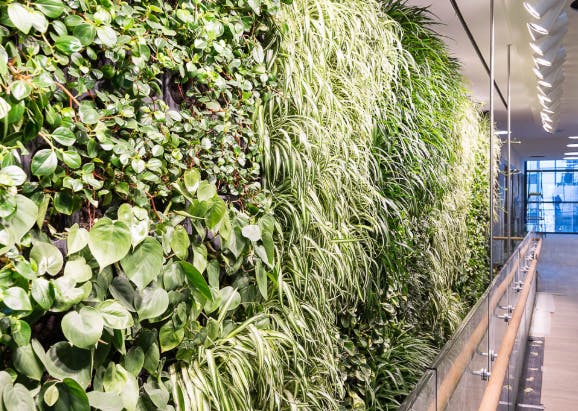 Singapore plans to cover thousands of rooftops and walls with solar panels over the next few years as part of its plan to cut the carb, but some space on buildings should be set aside for greenery, says biologist Dr Alina Schick, managing director of Visioverdis, a German greening startup hoping to penetrate the Asia market with horizontally-growing trees.

While bare concrete cooks in temperatures of up to 60 degrees Celsius in the Singapore sun, greenery can reduce the surface temperature of buildings by half, says Schick. The cooling effect will be increasingly valuable as the tropical city gets warmer.

Rapid urbanisation and the urban heat island effect, exacerbated by climate change, have meant that the temperature in Singapore is rising at twice the global rate. Average temperatures of 25-31 degrees C now could rise to 29-36 degrees C by 2100.

There’s a big difference between a garden and nature.

Plants, Schick points out, absorb rainwater, fix carbon, and filter pollutants from the air—useful functions to a city in which rainfall has become more more intense in recent years, and where particulate matter is 80 per cent higher than levels deemed safe by World Health Organisation.

Greenery does not only provide ecosystem services like cleaning air and holding water. When people living in cities have greener surroundings they are less likely to suffer from stress, fall ill, are more productive at work, and perform better at school, says plant scientist Dr Kweon Byoung-Suk, associate professor at the University of Maryland.

According to research by Kweon presented at the International Green Building Conference in September, elderly people living in inner-cities with access to green common areas are more likely to be sociable, interact with their neighbours and have a stronger sense of community than seniors living in greyer parts of town. And people who are sociable later in life tend to live longer. More greenery in the right places might help to re-connect fractured communities and rekindle a sense of neighbourliness, argues Kweon. 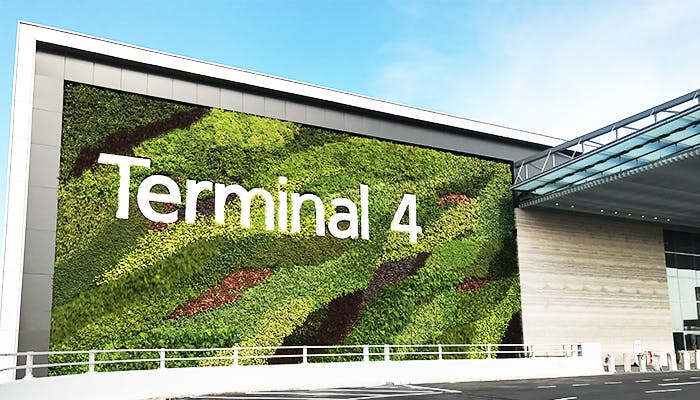 Compared to some of its somewhat grey metropolitan neighbours, Singapore is a noticeably green city, one the world’s lushest. This owes much to the country’s first post-independence prime minister Lee Kuan Yew, dubbed Singapore’s “chief gardener”. He launched a greening scheme that has seen more than 2 million trees planted over the last 45 years.

What started out as Lee’s Garden City initiative has evolved into the “City in a Garden” masterplan, with a network of parks, gardens, nature reserves and tree-lined roads designed to impress foreign dignitaries, attract business investment and connect residents with nature.

However, Singapore’s urbanisation rate is estimated at 1.5 per cent a year, with concrete replacing forests in natural areas such as Bukit Timah and Lentor. Secondary forest is making way for an eco tourism hub in Mandai, while a new train line threatens Singapore’s last patch of primary forest in the Central Catchment Nature Reserve.

But Singapore has rules for keeping urbanisation in check. The Landscape Replacement scheme insists that property developers add a certain amount of greenery at the ground and upper levels of the buildings they’ve built over forested areas.

While any amount of greenery added to a building is not going to replace the life-sustaining properties of forests, the power of plants is key to sustaining the wealthy city-state’s high standards of living. 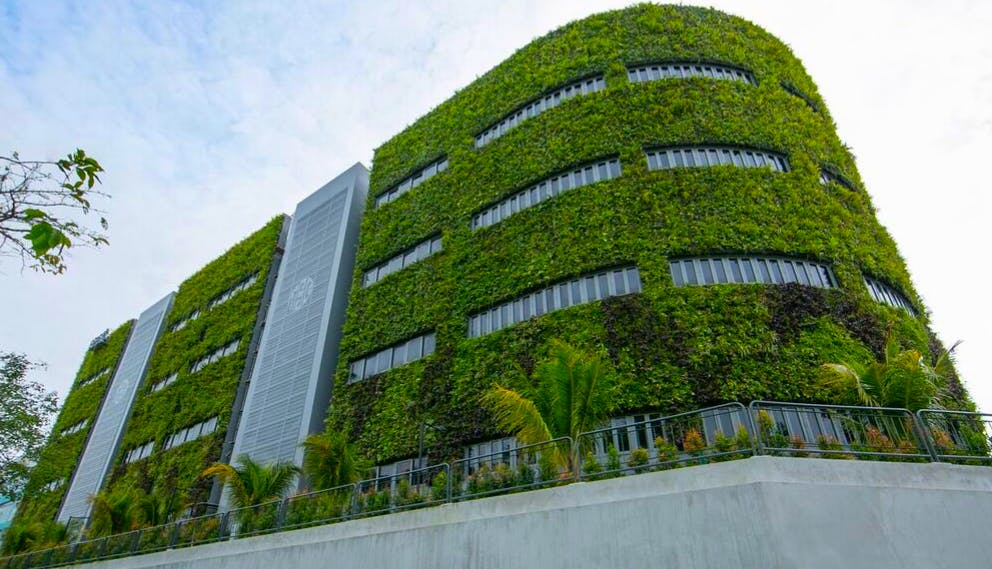 Which is why Singapore’s government has made greening a high priority. An incentive scheme from National Parks Board encourages building owners to add greenery to high-rise buildings by paying for half of the installation costs. Over the last nine years, 110 residential and commercial buildings have taken advantage of the LUSH scheme, which was expanded last year to encourage more planting on rooftops and building facades.

But keeping Singapore green is not easy—even with the right legislation in place.

Building owners and occupants must be convinced of the value of greening, otherwise it’ll eventually be removed, says Dr Johnny Wong, director, building and research institute for the Housing Development Board, the agency responsible for the public housing in which 80 per cent of Singaporeans live.

Often facilities managers lack the expertise or motivation to care for the plants, and maintenance costs shoot up, says Veera Sekaran, founder of urban greening firm Greenology. This is usually because they use plants grown in plastic pots that have to be repotted or replaced, which he says has encouraged a “throwaway mentality.”

Though the upfront costs are steeper, it pays to use plants that can flourish on the building surface, says Sekaran.

Toh of GWS Living Art says his company rolled out 700 square metres of such greenery on the roof of Ang Mo Kio train station. The lightweight, soil-less layer of plants weathered Singapore’s recent eight-month drought without any irrigation, and can hold 30 litres of water in a single metre squared of turf, he says. 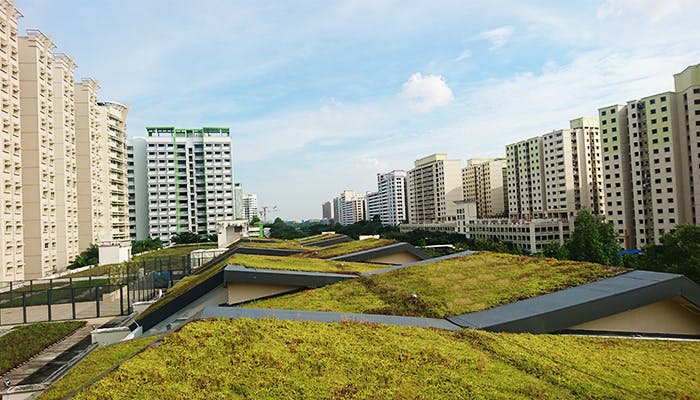 New methods are emerging to make it easier to keep plants healthy. One way is to deploy sensors that monitor a plants’ vital statistics.

“Data is key to giving people a sense of responsibility for their plants, as they would have for a pet,” says Sekaran, whose company planted trees in Apple’s Orchard Road store kitted out with sensors to monitor their moisture content.

Can Singapore become a city in nature?

Singapore citizens may like greenness, but not appreciate the wildlife that is attracted to it.

“Singaporeans like a sterile environment,” muses Toh, adding that Singapore residents are becoming more aware of the wildlife they share the city with. “When people go to the park, they take pictures of butterflies. They don’t run away when they see a monitor lizard anymore,” he says.

Wildlife in urban areas is controlled by using foreign, ornamental species that only attracts certain kinds of animals, Toh explains. So while Singapore is a lush city—green cover of various forms has increased from 36 per cent in the 1980s to 47 per cent now—most of the green areas outside of nature reserves are ecologically sparse by design.

Sekaran, who landscaped the enclosures at Singapore Zoo and Night Safari, believes this should change. Singapore, he believes, could graduate from a city in a garden to a city in nature.

Singapore’s wildlife includes the critically endangered Sunda pangolin, for which “wildlife-conscious” urban planning policies are to be introduced to protect the remaining individuals on the island, which are vulnerable to road accidents, it was announced this week.

One area that has potential to be a model for the city in nature is Tengah. The former military area connecting the Western and Central nature reserves is to be converted into a “Forest Town”. Interspersed with housing blocks will be parks, patches of forest and areas set aside for community farming.

Just how wildlife-friendly a residential area for 42,000 flats will be remains to be seen. But Sekaran says that it takes time for animals to get used to new infrastructure, pointing at an Eco-Link wildlife bridge that runs over the BKE motorway, connecting two nature reserves, and a wildlife crossing with native trees and shrubs that will provide some cover for forest animals disturbed by a nature hub under development at Mandai that has worried environmentalists.

Professor Thomas Schroepfer, head of sustainable design at Singapore University of Technology and Design, says that while talk of Singapore becoming a city in nature is interesting, he wonders how much nature residents are really comfortably with.

“Everyone was very excited about the return of otters to Singapore—but then one bit a child,” he says. “There’s a real sense of ‘I don’t care who came first—monkeys or people—I just don’t want them to enter my house.’”

“There’s a big difference between a garden and nature. You have to allow for public discourse to work out where the boundaries are.”

Air-conditioning, once hailed by the late prime minister Lee Kuan Yew as the greatest invention of the 20th century, threatens to compromise the wealthy city-state’s comfortable way of life. Are there better ways to cool the tropical metropolis?
Air-con addicted Singapore seeks new ways to escape urban heat trap