Bad weather got serious several times around the world this year, with some places struck by different disasters just months apart. Experts think global warming has a part to play, even as 2021 is set to be “only” the fifth to seventh hottest year on record, with respite offered by a cooling La Niña phenomenon.

In fact, the World Meteorological Organisation says extreme weather events are now the “new norm”. It found such incidents to have increased five-fold over the past 50 years.

“The summer of 2021 has been marked by extreme weather, including high temperatures and heatwaves and heavy rainfall,” said Professor Benjamin Horton, director of the Earth Observatory of Singapore, adding that they are caused by both “a natural stretch of bad luck” and global warming.

“Natural cycles can’t by themselves explain the recent number of record-breaking extreme weather events,” Horton told Eco-Business. An analysis of over 350 studies showed that seven in ten events were made more likely or severe by climate change, including 92 per cent of extreme heat, and 58 per cent of rains and floods.

Eco-Business looks back at eight infamous weather events this year. 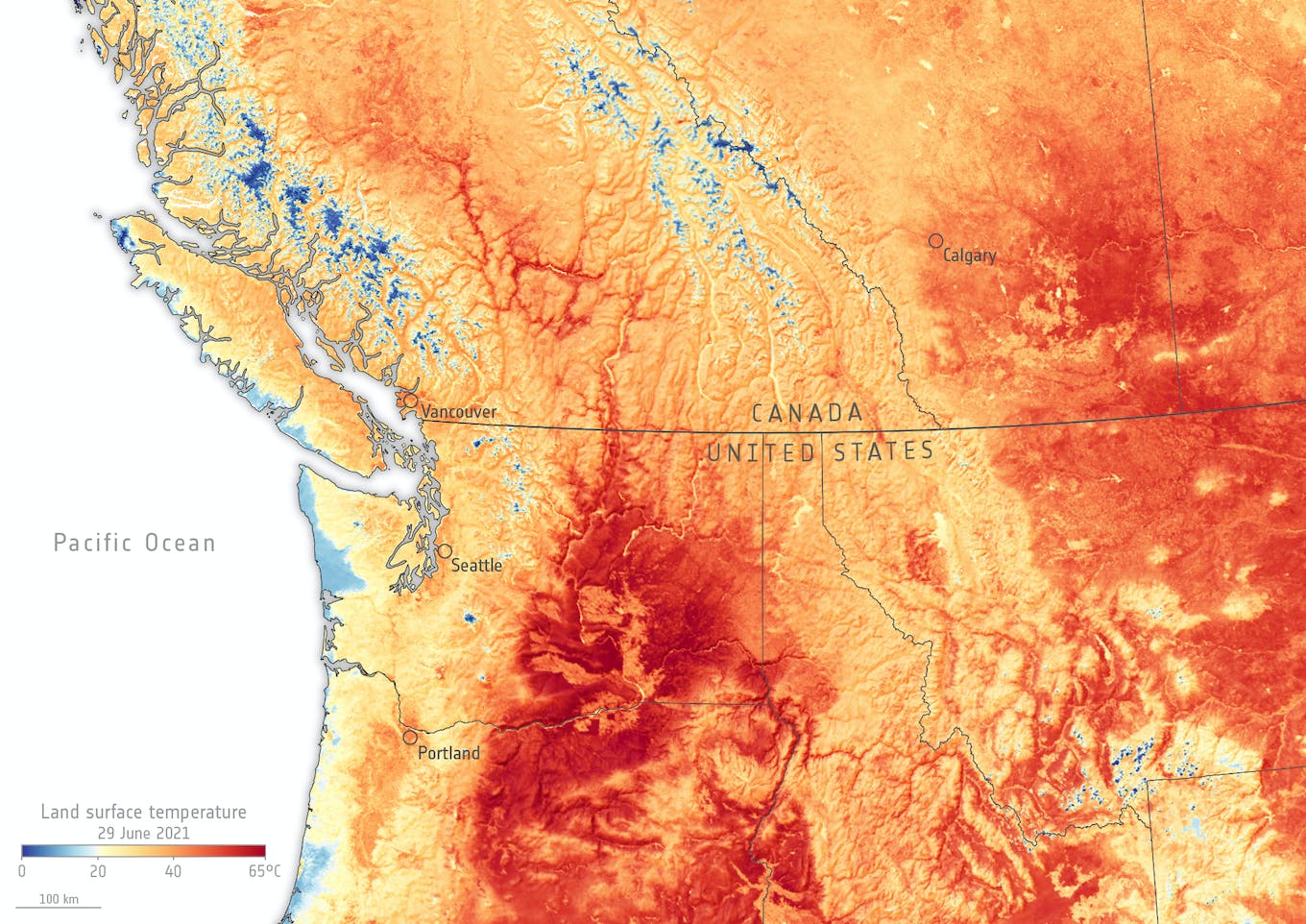 Temperatures reached a record 49.6 degrees Celsius in Canada at the end of June. The measurement, taken in a village in British Columbia, smashed a national eight-decade record by over 4°C.

Five days of heatwaves in western Canada caused over 800 deaths, while some estimates put the toll at around 600 lives in neighbouring United States.

Multiple forest fires on the continent occurred around this period. The “Dixie fire” that started on 13 July in northern California was the second largest in the state’s history. Nearly one million acres burned.

Scientists studying this event say the intensity of the heatwave is “virtually impossible” without climate change.

They add that if global temperatures rise by 2°C, which could well happen on the present trajectory, such heatwaves could occur every five to ten years. Currently, these black swan events are estimated to occur once in a millennium.

The same parts of western Canada that were torched in summer were flooded after heavy rains last month. Some 18,000 people were stranded as broken roads and rail lines hampered access. Officials are warning this could be the costliest natural disaster in Canada’s history. 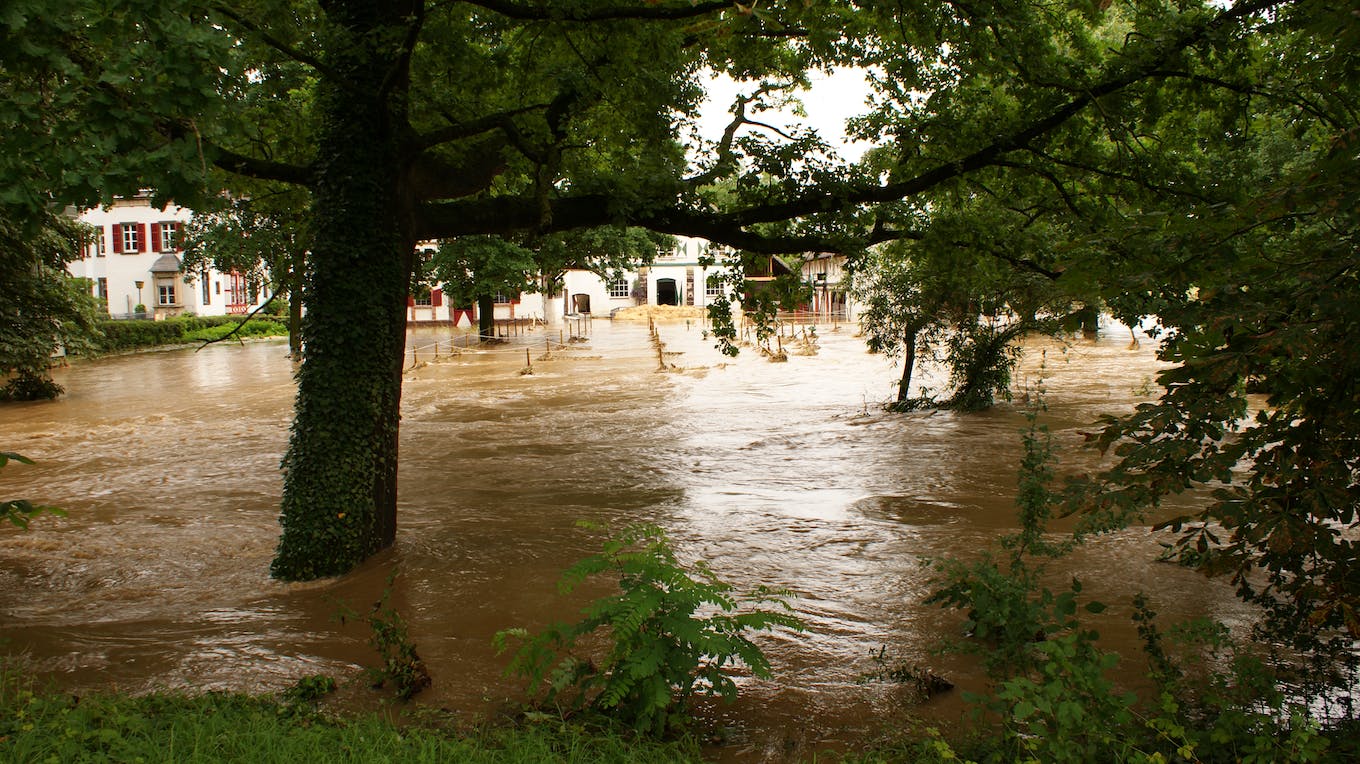 Rain clouds that stalled over Germany in July caused floods that killed almost 200 people. Similar conditions caused over 40 deaths in Belgium, and billions of dollars of damage across Europe.

Scientists believe Europe’s deadliest flood since 1985 was made up to nine times more likely because of climate change, and that rainfall in the region was up by nearly 20 per cent. Germany’s weather service said that some parts of the country received more rain in a day during the floods than twice the July monthly average.

Another team of researchers found that as the Arctic warms faster than areas closer to the equator, high-altitude winds weaken, allowing storms to stagnate over areas like Europe — possibly causing more floods like the one this summer.

The summer floods also exposed gaps in flood prevention measures that focus on managing floods from bigger rivers, instead of its smaller branches.

Five months on, the United Kingdom is now being warned of winter floods, with the national Meteorological Office forecasting an “above average likelihood” of a wet winter. It adds that as many as 1.5 million households at risk of flooding are not prepared. 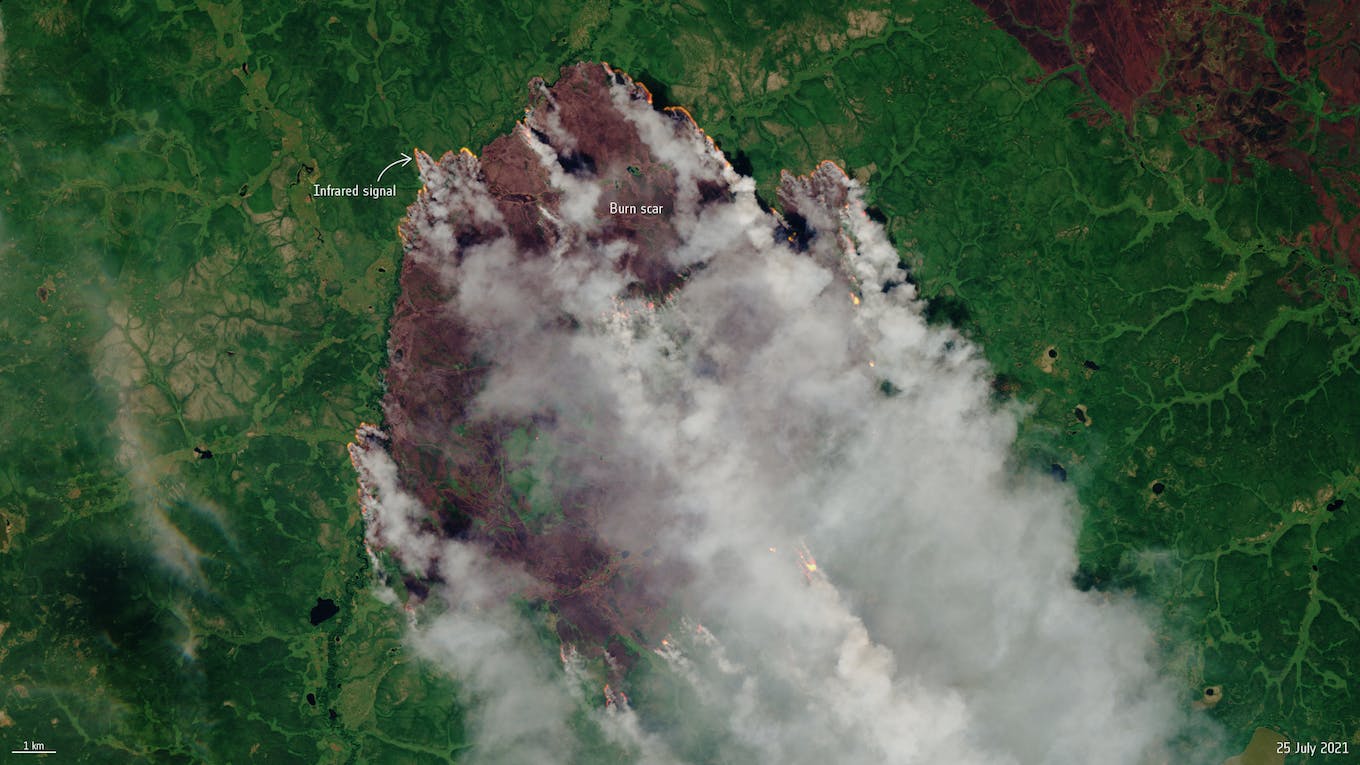 While floodwaters drained from Germany and Belgium, record summer temperatures of over 45°C fanned wildfires across southern European countries like Spain, Italy, Greece and Turkey - where eight fatalities were reported. Fires also raged in Siberia, Russia, with smoke reaching the North Pole.

The episode marked the continuation of a year-long spike in European fires. Satellite data shows more forest had burned across Europe by early-August than an average year since 2008.

In fact, the number of large fires in Europe had already exceeded the annual average before the summer blazes. And by October, the total area of charred forests summed to half a million hectares - an area larger than Switzerland.

Scientists say the scale of the 2021 inferno was, once again, impossible without global warming. The European Commission says there’s a “clearly observable” trend of increasing fire danger, longer fire seasons and more large fires that’s hard to put out. 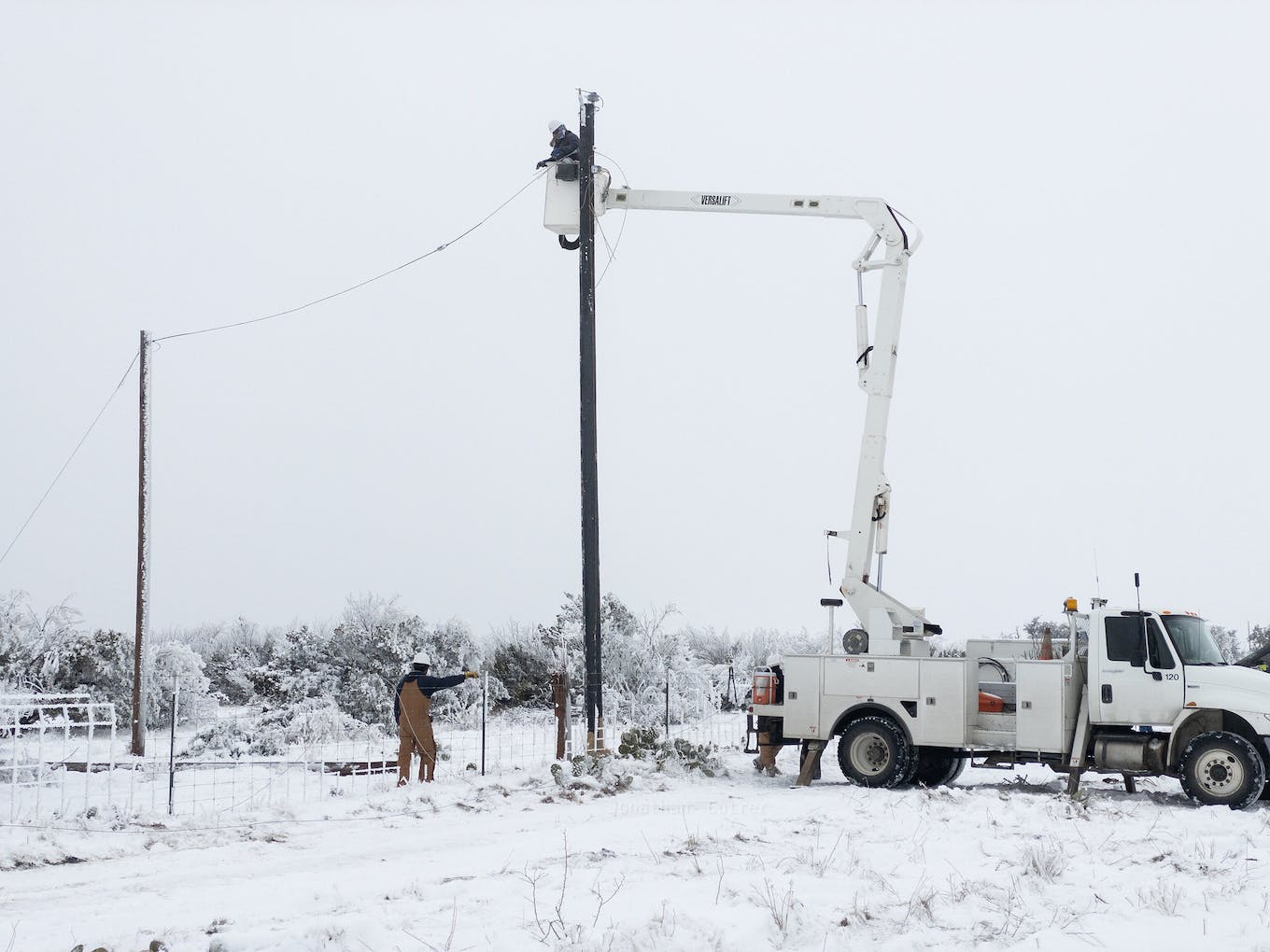 In February, an ordinarily balmy Texas spent a week below freezing, as a cold snap hit North America. Power plants not insulated against such temperatures failed, keeping power from millions of people - at a time electricity demand peaked.

Natural gas stations took the biggest hit as many parts of its operations, from production to transport, froze. Other forms of energy, including renewables, were also disrupted.

Over 200 people died in the state, from extreme cold and carbon monoxide poisoning due to people using their garage-bound cars to warm-up. Car accidents also claimed lives - roads were icy and some traffic lights didn’t work.

Experts believe global warming, ironically, had a hand in this. A warming Arctic causes cold air above it to behave more erratically, and more frequently dip to the lower latitudes, causing cold snaps. This also means more warm air reaches the Arctic, worsening the problem. 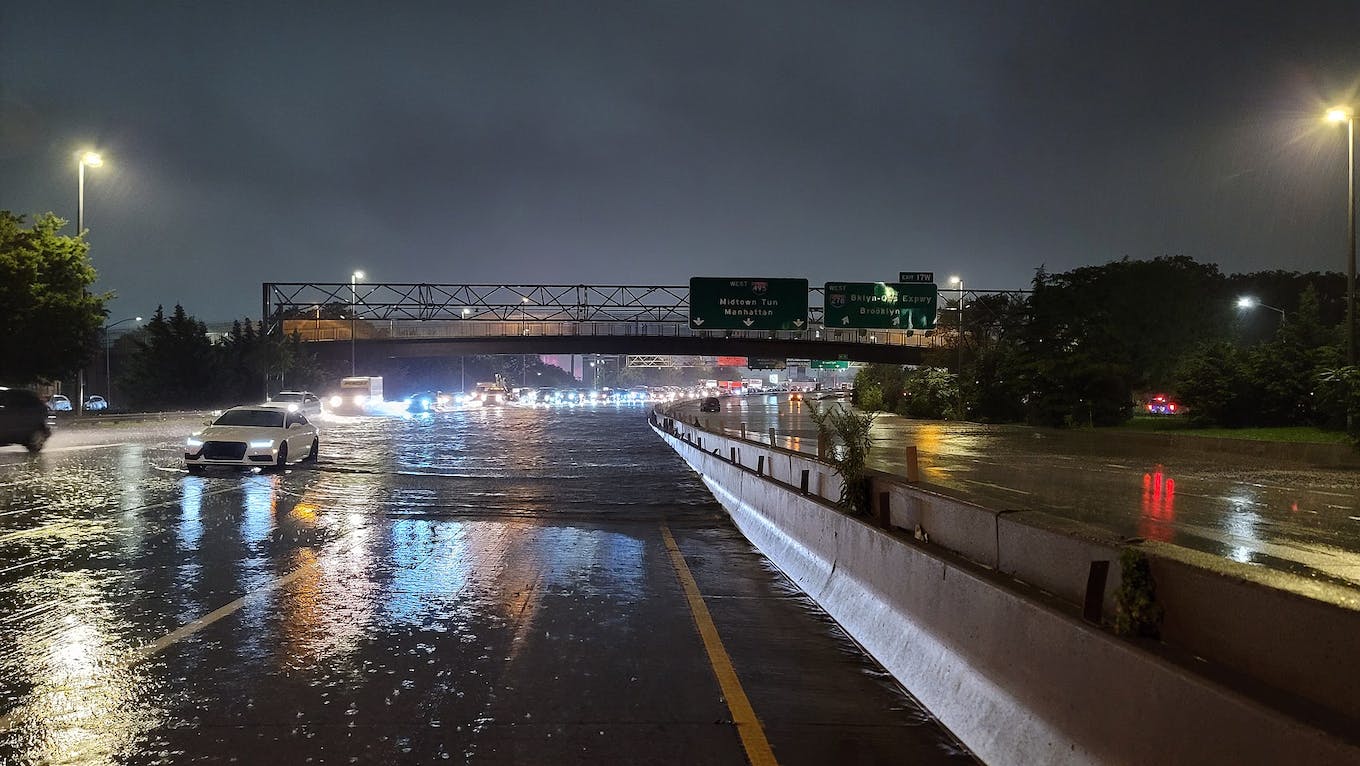 Hurricane Ida battered Louisiana at the end of August, 16 years to the day Hurricane Katrina did. This time, new levees in the state kept flooding at bay, though electricity was down for days. Twenty-six people died, compared to over 1,600 in 2005.

The ferocity of the hurricane was in part driven by climate change. In about a day, Ida jumped from a Category 1 to a Category 4 (out of a severity rating of 5) storm as it moved over abnormally hot water in the Gulf of Mexico. Heat fuels such storms, so as the Earth gets warmer, major hurricanes are expected to strike more frequently.

While Hurricane Katrina’s wrath was mostly limited to Louisiana, Hurricane Ida’s long tail whipped up a storm in north-east US that blindsided residents days later.

Manhattan received a record eight centimetres of rain in an hour, when its sewage system was built to handle just over half that intensity. This caused flash floods that killed 46 people in the states of New York and adjacent New Jersey. Eleven in New York City died when their basement apartments flooded.

For the northeastern states, Hurricane Ida shouldn’t have done so much damage. It was the tail-end of a well-watched hurricane, and New York had just weathered another storm less than two weeks prior relatively unscathed.

Officials, warned about the volume of rain expected, pinned the destruction on how intense the storm was in a short period of time. They’re now scrambling to further fortify the city against the effects of climate change. 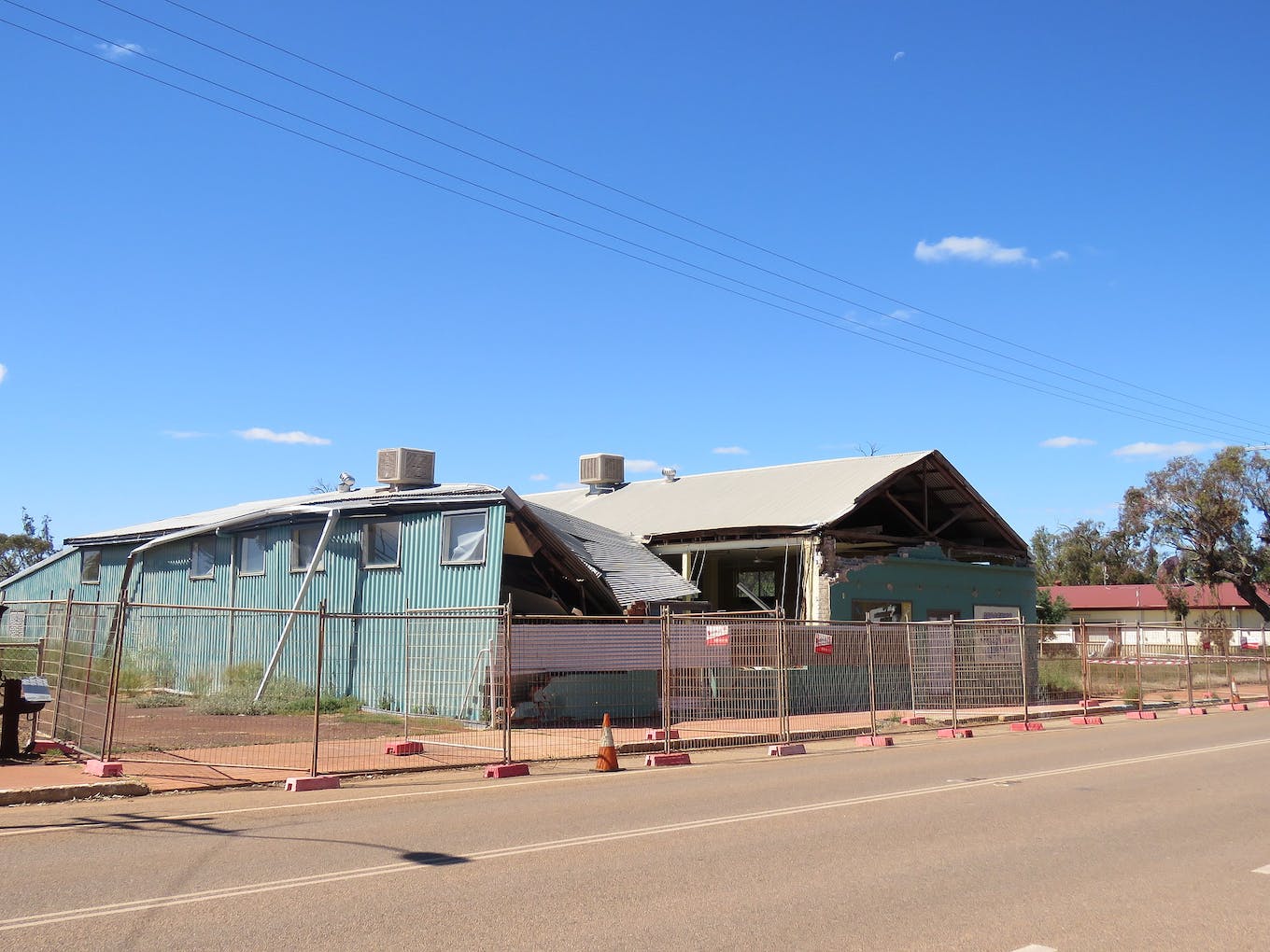 Damaged buildings in Western Australia in the wake of Cyclone Seroja. Image: Calistemon via Wikimedia Commons.

What authorities say was Indonesia’s strongest cyclone in 13 years tore through its eastern islands in April, bringing floods that killed over 180 people. Locals said they weren’t warned beforehand. On the slopes of Mount Lewotolo, a 1400-metre high volcano, 67 people were killed when lava deposits washed down into a village. 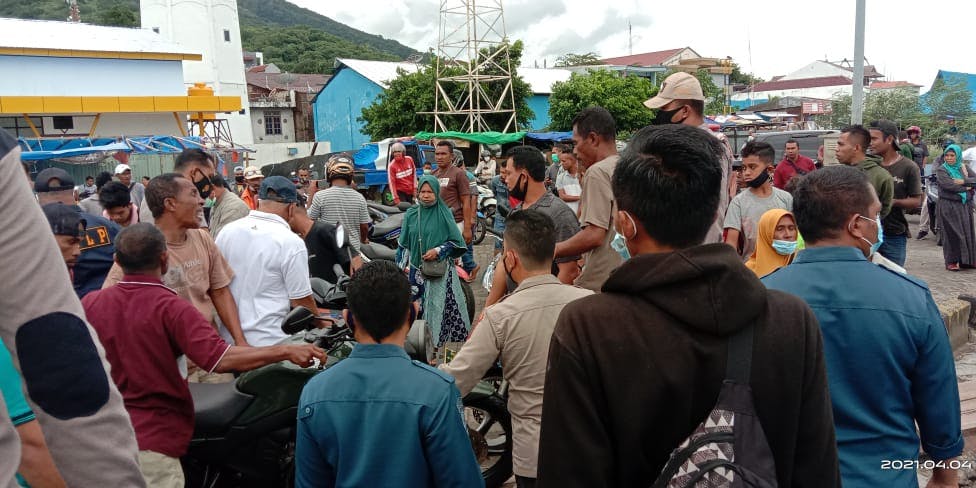 Neighbouring Timor Leste saw some of its Covid-19 vaccine storage facilities flooded by Cyclone Seroja. Forty one people were killed.

In another example of how storm remnants struck unsuspecting communities, 170-kilometres-an-hour winds tore into areas on the west coast of Australia a week later, almost levelling an entire town. One person died of electrocution. Experts said cyclones this strong in the region are rare, with only 26 similar occurrences in the past 5,000 years. They added the region was ill-equipped to deal with such storms.

Cyclone Seroja’s path was caused in part by a series of unfortunate coincidences. It was launched on its path after clashing with another storm. La Niña conditions that warmed the ocean surface in the region intensified the storm. Its largely coastal trajectory meant it could remain wet and violent for longer. 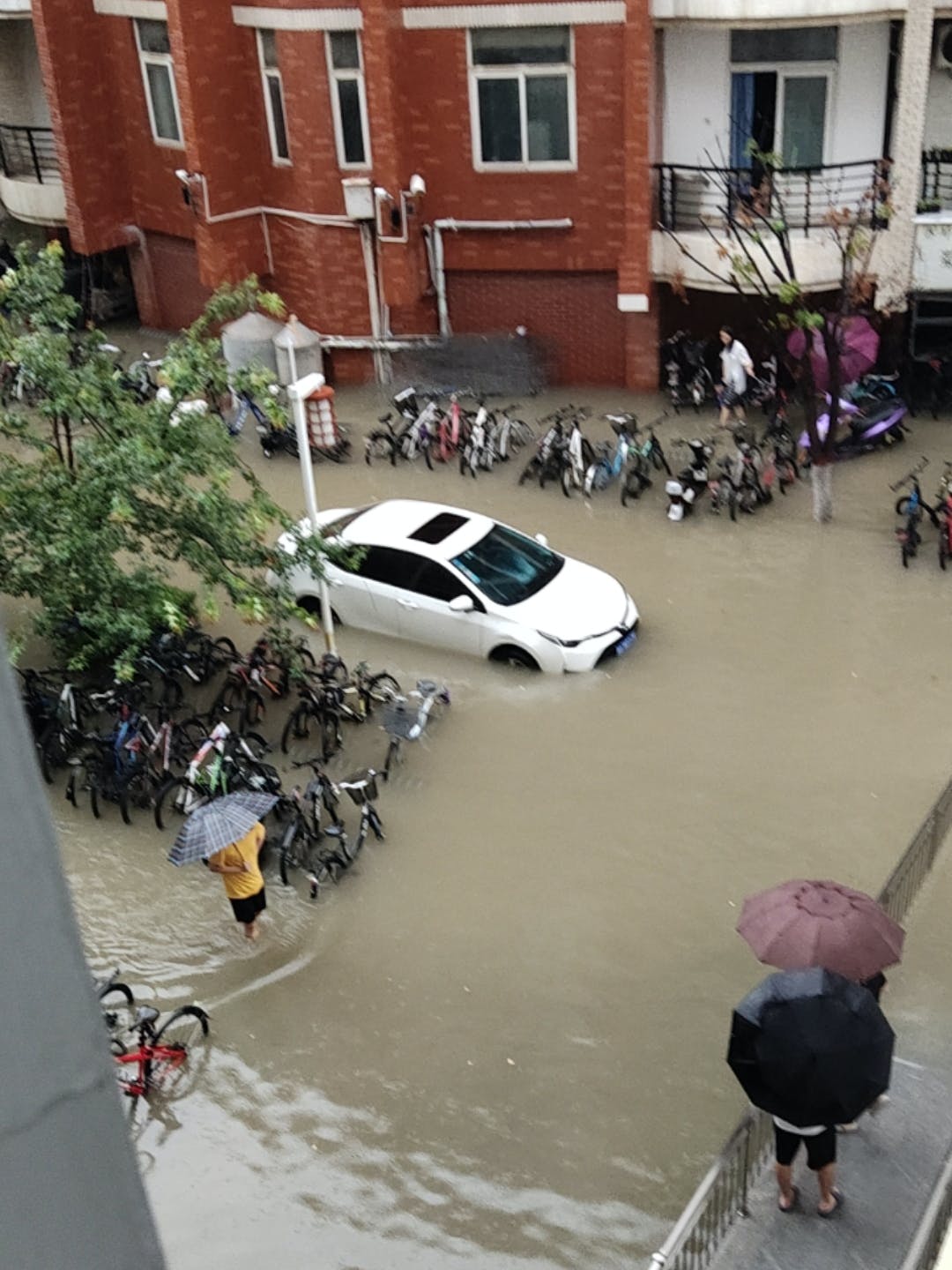 A “once in a thousand years” flood inundated a subway line and road tunnel in the central Chinese city of Zhengzhou in July, killing twenty. Across the Henan province, the deluge took 300 lives and stranded over a million people as rivers overflowed.

Heavy summer rain is common in central China. But this year, Henan received a year’s worth of rain in three days. In one hour, 20 centimetres of rain fell in Zhengzhou. That day’s total rainfall broke the city’s 1978 record by nearly three times.

Agriculture in the area also took a hit, with close to a million hectares of crop fields affected. Government officials expected almost half of these areas to have output drop by at least 30 per cent. Fortunately, wheat from the region, which accounts for a third of China’s supply, had already been harvested.

8. Rain at the peak of Greenland ice sheet 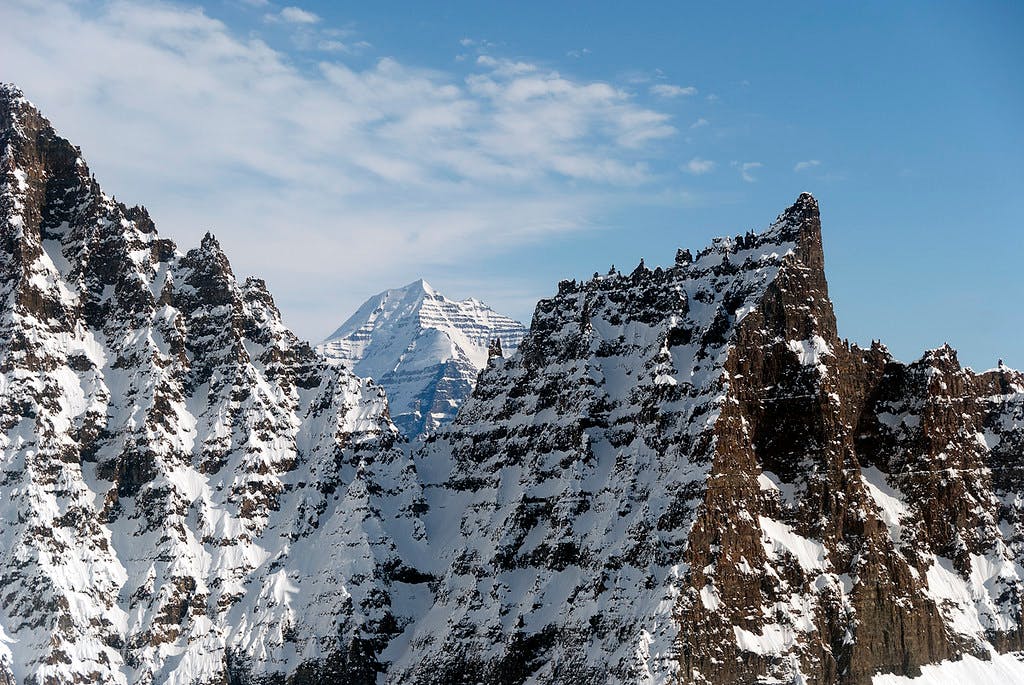 Rain, instead of snow, was detected at Greenland’s 3200-metre high summit this August for the first time in recorded history. Across three days, seven billion tonnes of rain fell across the island - the largest amount since 1950. The resultant ice melt was seven times higher than normal.

One month before the record rains, enough Greenland ice melted in a single day to cover the US state of Florida in five centimetres of water.

The United Nations Intergovernmental Panel on Climate Change (IPCC) said in its sixth assessment report published earlier this year, that climate change will continue to impact humanity even if greenhouse gas emissions are reduced and can stabilise, with seas set to rise by about 43 to 76 centimetres. The new developments on Greenland, which contributes the most to the rising seas, may up the ante on climate action.

“We need structural changes to the economy and industry,” said Horton. He singles out infrastructure as a focus area, as it concerns both mitigating climate change - through green buildings, and shielding people from disasters - through good construction and maintenance.

The IPCC is set to release a report on climate change impacts, adaptation and vulnerability in February next year. It will paint a clearer picture of how much more mankind stands to lose, since the last study seven years ago.

This story is part of our Year in Review series, which journals the stories that shaped the world of sustainability in 2021.