The Rockefeller Foundation is looking for more cities willing to build economic, social and physical resilience amid a rapidly urbanising world. Submission of applications for the 100 Resilient Cities Challenge ends on September 10.

As part of a global initiative to help cities cope with increasing urban challenges, the Rockefeller Foundation is inviting cities worldwide to apply for its ‘100 Resilient Cities Challenge’.

Cities selected under this initiative, first launched in May last year, will benefit from a ‘resilence-building process’ that will help them prepare for intense environmental challenges from natural disasters to daily stresses such as a growing population, pollution from inefficient public transport, as well as water and food security.

It defined a city’s resilience as “the capacity of individuals, communities, institutions, businesses and systems within a city to survive, adapt, and grow no matter what kinds of chronic stresses and acute shocks they experience”.

Cities have until September 10 to apply in this second round and 33 new cities will be selected to be part of the growing network of urban communities that will eventually comprise the 100 resilient cities.

While cities across the globe can’t predict which disruptions will come next, they can plan for them, learn from them, and grow after them. This is the crux of resilience

The non-profit organisation said some of the assistance selected cities will get include:

Michael Berkowitz, president of the 100 Resilient Cities Challenge, said the group has learned significantly from the 32 cities that made it to the list last year. “Since last December, we’ve travelled thousands of miles to cities around the world, hosted 30 resilience workshops, helped select 12 Chief Resilience Officers and launched three “resilience strategy” planning processes,” noted Berkowitz in a blog. 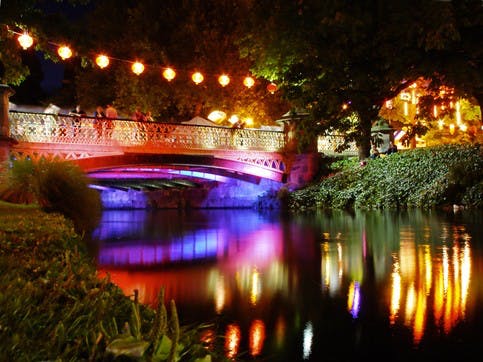 In Asia Pacific, seven cities that made it to the list included Christchurch in New Zealand, Melbourne in Australia, Surat in India, Da Nang in Vietnam, Bangkok in Thailand, Mandalay in Myanmar and Semarang in Indonesia.

With nearly 400 applications received last year, Berkowitz said the team found four key strengths and common traits from the selected cities that could help other aspiring cities applying this year:

This list is a guide and not a guarantee that cities will be chosen solely based on these criteria, added Berkowitz.

Judith Rodin, president of the Rockefeller Foundation said: “While cities across the globe can’t predict which disruptions will come next, they can plan for them, learn from them, and grow after them. This is the crux of resilience.”