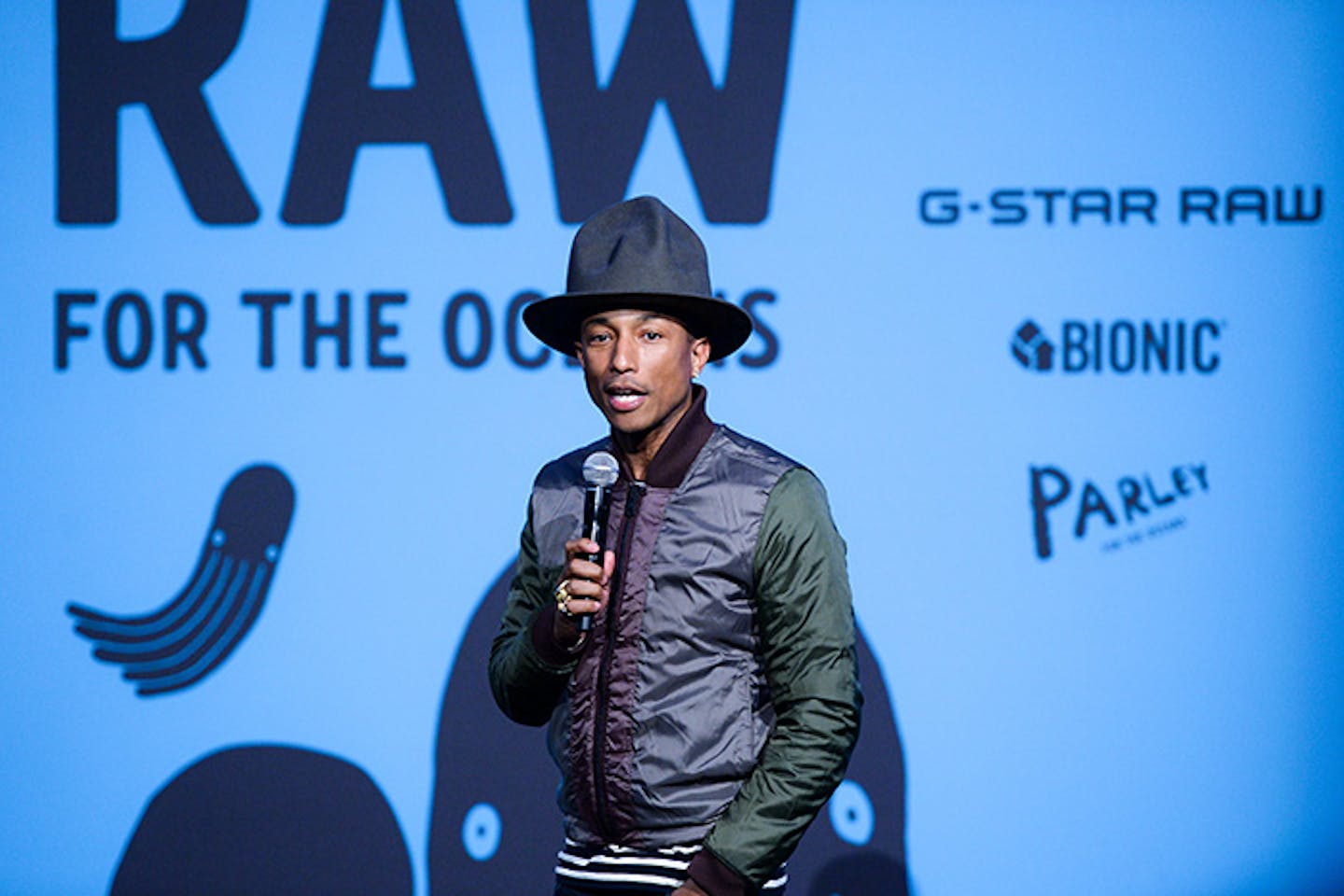 Trash and the ocean do not mix, yet apparently music and the ocean go well together as American singer-songwriter and record producer Pharrell Williams launched a new eco-denim line advocating for less plastic pollution in the ocean during New York’s Fashion Week.

The artist, who is also a fashion designer and has two brands named Billionaire Boys Club and Ice Cream, partnered with Dutch denim label G-Star Raw to create the denim line called Raw for the Oceans.

The collection features a unique blend of materials – recycled plastic PET taken from the ocean, and cotton – that is developed by Bionic Yarn, a sustainable textiles firm of which Williams is the creative director.

Bionic Yarn specialises in the development and manufacturing of the eco-fabric. The firm collects the discarded plastic waste from the ocean and processes it into recycled fibres, which is then configured to the desired fabric, either mixing it with cotton for denim or wool and other natural blends for suit fabrics.

Fashion is certainly a huge part of everybody’s lives… We are trying to infiltrate the entire spectrum of fashion, high-end and low. It’s a part of sustainability and the cause is to never throw anything [plastics and trash] into the ocean again

G-Star Raw and Williams are driving the creative and commercial aspects of the collection. Williams, at the unveiling event on Sunday at the American Museum of Natural History, commended the Dutch firm for participating in the collaboration, explaining how it is not always that a “big force in fashion” cares about the environment. Still, they came on board and “just turned on the turbo boost buttons”, he added, according to an Examiner report.

Raw for the Oceans is also done in partnership with The Vortex Project, an initiative of Parley for the Oceans, a coalition of different sectors such as artists, activists, scientists for marine conservation.

According to the Project, recent studies have indicated that at least 40 million pounds of plastic have accumulated and are floating in the North Pacific Ocean alone, and that more plastic waste are converging in five huge gyres or whirlpools scattered around the world. The challenge is to retrieve all this plastic and save the marine ecosystem, primarily through sustainable consumer products that “carry the story of ocean plastic pollution into the world”.

The Raw for the Oceans denim collection is one example, especially with its brand power by association. Williams, who won with Daft Punk at the recent Grammy Awards, noted that this collaboration will hopefully put the spotlight to the global problem of ocean pollution and marine degradation.

In an interview with WWD, he said: “There just aren’t enough laws [to protect the oceans]. In America, we can’t judge any other country until our own policies change.”

“Fashion is certainly a huge part of everybody’s lives. You wear it every day and for some people it’s a status symbol, or a statement of how much they have spent on clothes, or it’s a means of expressing their identity and who they are. We [Bionic Yarn and G-Star Raw] are trying to infiltrate the entire spectrum of fashion, high-end and low. It’s a part of sustainability and the cause is to never throw anything [plastics and trash] into the ocean again,” he added.

The Raw for Oceans denim line will be available online and in select G-Star Raw stores worldwide starting August 15.