The second-largest city in Colombia has been recognised for its transformation from a city struggling with uncontrolled urban expansion and violence to one that is now held up as a model for sustainable urban innovation. 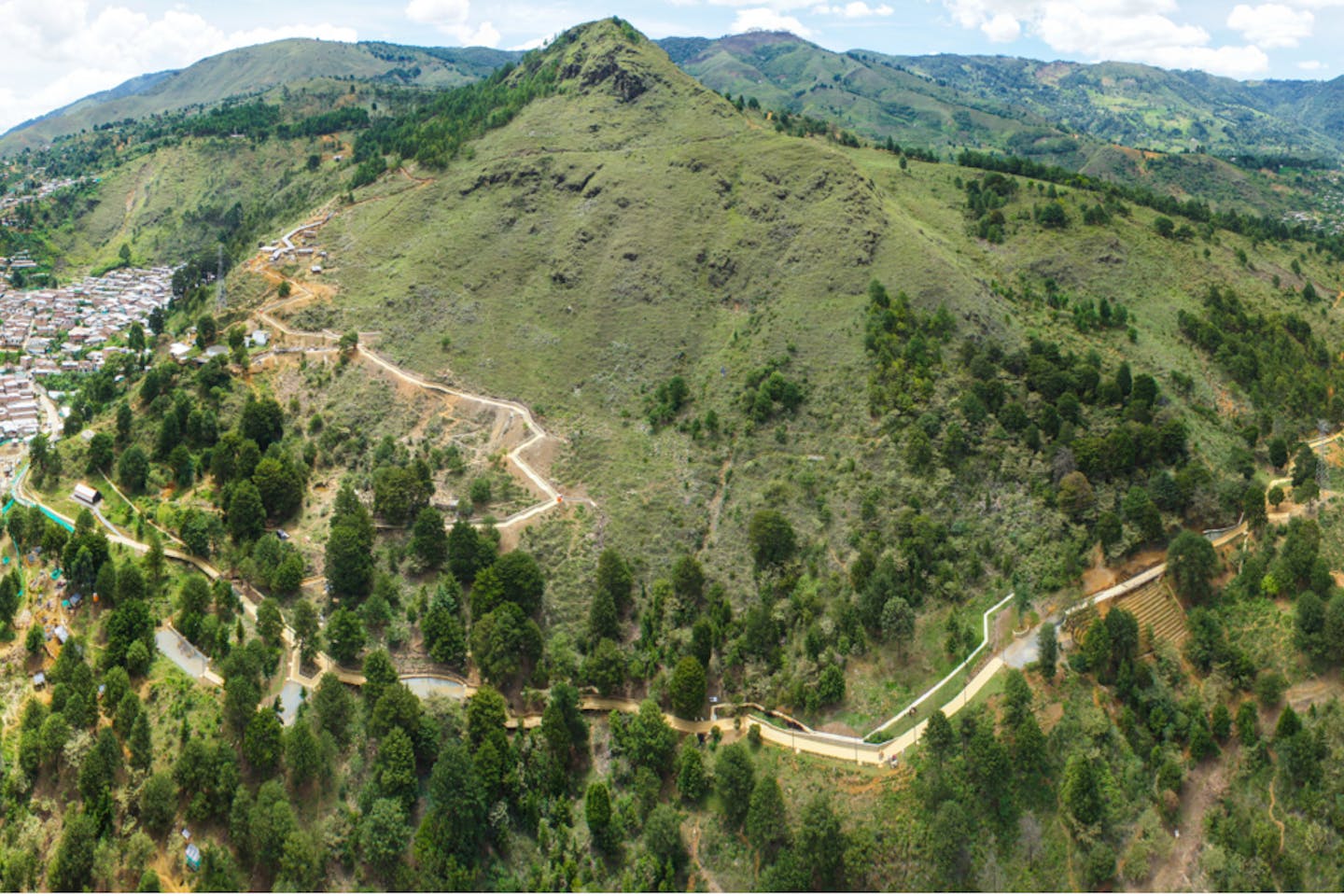 The city of Medellin in Colombia has won the coveted Lee Kuan Yew World City Prize for its remarkable transformation over the past two decades that saw it go from being one of the world’s most dangerous cities to a liveable and innovative one.

Medellin has tackled its most pressing challenges – ranging from uncontrolled urban expansion, sky-high crime rates and drug-fuelled battles – and improved the economy as well as its citizens’ quality of life through bold leadership, long-term plans and sustainable social innovation in the face of limited resources, said Professor Kishore Mahbubani, chairperson of the Nominating Committee.

Singapore’s Urban Redevelopment Authority (URA) and the Centre for Liveable Cities - who are joint organisers of the award - announced the winner on Wednesday at a press briefing at the URA Centre.

Mahbubani, who is also dean of the Lee Kuan Yew School of Public Policy at the National University of Singapore, noted that the challenges Medellin faced over the past two decades is representative of a global challenge many cities in Africa, Asia and Latin America are experiencing today.

“Rapid urbanisation is changing the whole landscape of human settlement, with significant effects on living conditions and economic development. What the world desperately needs now is innovative and sustainable urban solutions,” he said.

Launched in 2009, the Lee Kuan Yew World City Prize is named after Singapore’s first Prime Minister for his success in guiding the city-state’s development.

The award recognises achievements and innovations in sustainable urban development. Past Prize laureates include Suzhou in 2014, New York in 2012, and Spain’s Bilbao city hall in 2010.

Medellin was chosen out of 38 nominated cities through a rigorous two-tier selection process. The biennial Prize now only considers nominations from cities - it used to accept nominations from both individuals and organisations - a new approach which its organisers say emphasises the importance of collaboration across different sectors in building successful cities.

The city’s bold leadership was credited for Medellin’s achievement. In their citation, the jury noted that “a succession of leaders have demonstrated the willingness to recognise and take on deep-rooted problems – the wealth division, lack of equity and opportunities for its citizens that had allowed crime to overwhelm the city in the past – providing the much-needed continuity for efforts to rehabilitate neighbourhoods and improving living conditions in the informal settlements”.

Despite limited resources, Medellin found an alternative way to generate funds by working with a publicly-owned utilities company that channels roughly 30 per cent of its annual profits into public infrastructure investments.

Former mayor of Medellin Anibal Gaviria Correa and the other leaders of Medellin - featured in this video - led the transformation through effective small-scale but high-impact projects.

For instance, Circumvent Garden is an intervention along the urban-rural edge of eastern and western mountain ridges that addressed several ecological, social and economic issues. It helped control urban expansion and mitigated landslide risks, generated new public spaces, and improved accessibility to jobs and education by connecting the hillside and the city through multi-model transport.

Other projects include: the legalisation of informal housing units that were found to be structurally sound; an early childhood education programme; and the involvement of citizens in the development of sports, recreational and cultural venues from previously under-utilised or inaccessible land.

Rapid urbanisation is changing the whole landscape of human settlement, with significant effects on living conditions and economic development. What the world desperately needs now is innovative and sustainable urban solutions.

While challenges for Medellin remain, particularly in the shortage of social housing for the underprivileged and the need for a clearer urban plan at a macro level, the Nominating Committee commended the efforts of Medellin’s leaders, saying that they will send a powerful signal that “inclusive and collaborative governance can overturn even the most difficult circumstances”.

New Zealand’s Auckland once suffered from a disconnected governance structure that resulted in infrastructural deficits and incoherent planning outcomes, but it has successfully redesigned its governance model while lifting the social and economic well-being of the Maori and other indigenous groups in the city.

Sydney in Australia demonstrated an excellent model for collaboration with its stakeholders and citizens, making the city’s vision a shared one. It was also highly lauded for guiding its urban development projects with good design, where more than 250 completed public intervention projects - including parks, playgrounds, childcare centres, pools, community and cultural spaces - injected vibrance, safety, and community trust among residents.

Toronto in Canada was commended for its social integration strategies. As one of the most diverse cities in the world, it has gone beyond mere acceptance by implementing a range of initiatives to welcome and integrate newcomers. The city also employs good urban design and streets that support all modes of transportation equally, while transforming its waterfront into a vibrant mix-used district with new residences, businesses and cultural facilities.

Finally, Vienna, Austria, continues to thrive as a highly liveable, innovative and green city while protecting its UNESCO World Heritage Site status. The Nominating Committee said the city has been far-sighted in its sustainability approach through waste management measures, green space conservation, and flood protection initiatives.

The Lee Kuan Yew World City Prize 2016, which includes a gold medallion, award certificate, and S$300,000 sponsored by Keppel Corporation, will be presented to Medellin at the Award Ceremony and Banquet on July 11 during the World Cities Summit from July 10 to 14 at Marina Bay Sands in Singapore.

Representatives from the cities with special mentions will also be sharing their experience at the Prize Forum during the Summit.