More than 3 million have watched Sofia Ashraf’s 'Kodaikanal Won't' - based on American singer Nicki Minaj's 'Anaconda' - which calls for Unilever to clean up a mercury-contaminated factory in India. 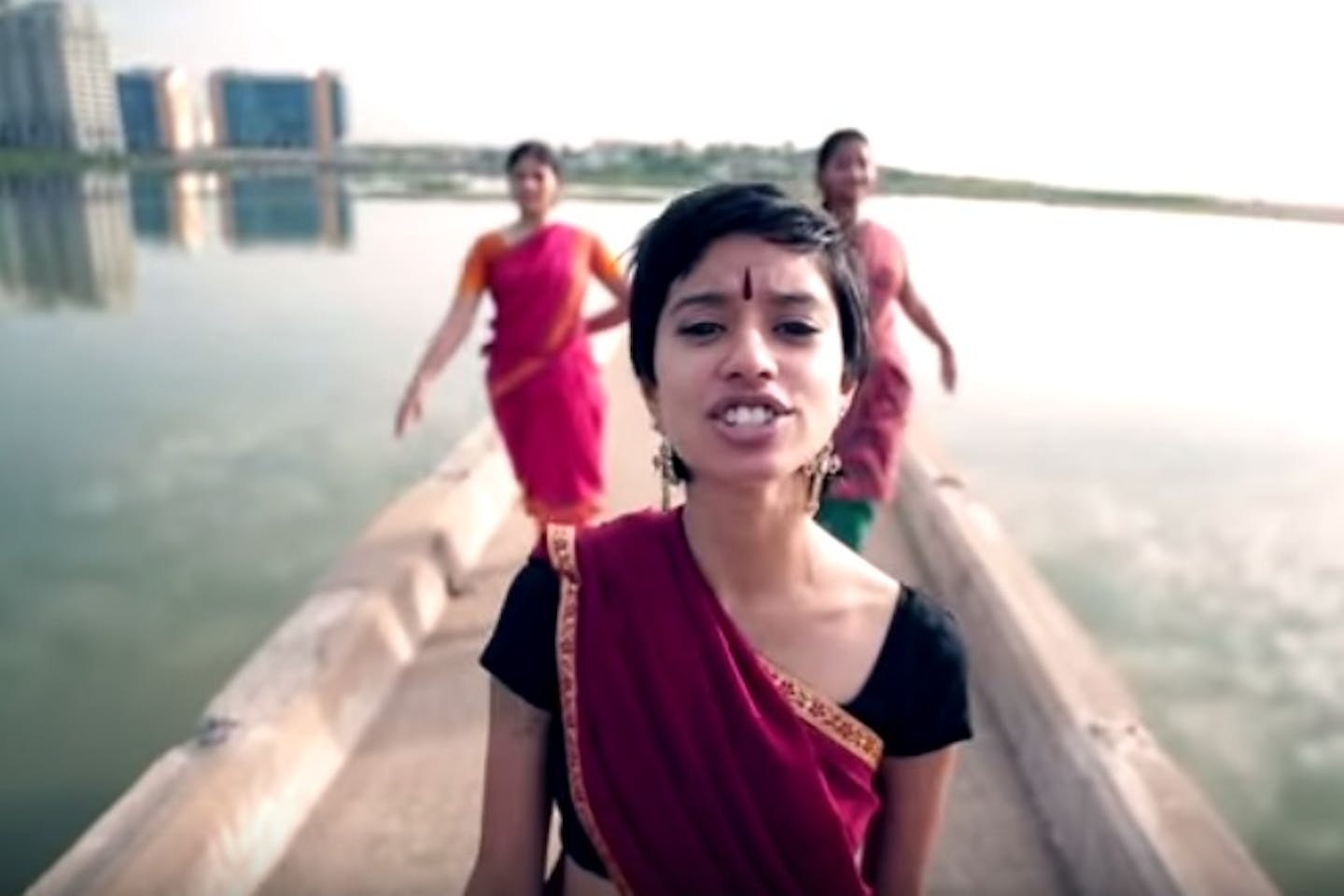 United States pop artist Nicki Minaj may have made provocative video hits, but a parody which rips off her song ‘Anaconda’ while taking on consumer goods giant Unilever in India is proving to be equally sensational.

A video of Indian rapper Sofia Ashraf’s ‘Kodaikanal Won’t’ has become a hit, with nearly 3 million views on Youtube since it was posted on July 30.

The video puts Unilever in the spotlight for failing to address the mercury contamination discovered in 2001 at Hindustan Unilever’s thermometer factory in Kodaikanal. Besides killing 12 children, the toxic waste reportedly has resulted in the death of 45 workers and affected the health of another 1,000 workers.

Some women whose jobs were to wipe mercury spills off the factory floors have told the media that their medical conditions ranged from brain to heart and reproductive problems.

Mercury is a deadly chemical used in the production of lighting products as well as healthcare equipment such as blood pressure monitors and thermometers.

But its adverse human health and environmental impact has led to the signing of the Minamata Convention in 2013, under which 128 signatories globally agree to ban the production, import and export of products containing mercury by 2020.

Campaigns group Jhatkaa, which hosts an online petition calling for Unilever to clean up the factory, said that although the factory was closed 14 years ago when the contamination was discovered, Unilever has not cleaned the area of the residual mercury which continues to contaminate forests and groundwater, while workers are left to deal with their illnesses on their own.

The group also parodied Unilever’s slogan, saying, “Unilever does not make life better” and accused the United Kingdom-based firm of failing to protect the workers from the dangerous health impacts of mercury.

“The factory operators did not give its workers any protective equipment or information,” and the workers had not been compensated for their medical expenses, claimed the petition.

They called on Unilever CEO Paul Polman to walk his talk as he is one of the few global executives who has been very vocal about sustainability and his firm’s strong commitment to the environment and the welfare of its workers.

“Let’s ask him to put his words into practice by asking him to clean up his company’s toxic mess and to compensate the workers who have lost their health and in some cases, their children, to Unilever’s unethical practices,” stated the online petition.

After the video went viral in social media, Unilever said in a statement on August 4 that although the firm has not found any evidence of poor health among its former workers and damage to the Kodaikanal environment after extensive studies, it remains committed to resolving the matter.

It clarified that its Indian subsidiary, Hindustan Unilever, did not dump glass waste contaminated with mercury on the land close to the factory. It admitted, however, that the factory breached company guidelines when contaminated glass scrap was sold to a scrap dealer about three kilometres away from the factory, which prompted its closure.

“We continue to take this issue very seriously and it’s one we are keen to see resolved. We have been working hard to find a fair and mutually satisfactory resolution at the suggestion of the Madras High Court and have had more than ten meetings with our former employees’ representatives since 2014,” Unilever noted in the statement.

Mercury-bearing materials were already brought back to the United States for recycling in 2003, the firm added.

Polman noted in a Twitter post on August 6, “Working actively solution kodai #UnileverPollutes for several years already Determined to solve.Need others too and facts not false emotions. (sic)”

On Monday (August 10), Hindustan Unilever submitted a detailed project report to the Tamil Nadu Pollution Control Board for soil remediation work which will commence immediately once it has met the requirements set by the board, the firm explained.

For Nityanand Jayaraman, a local environmental campaigner who has been helping the workers in their case, it was only after the video has gone viral in social media that the issue began to be widely reported. “Even Unilever ignored us. But Ashraf’s video has changed all that,” he told The Guardian.