Non-profit groups WildAid and African Wildlife Foundation have released a video containing undercover footage, exposing ivory laundering in Hong Kong and the loopholes in its regulations on smuggled tusks. 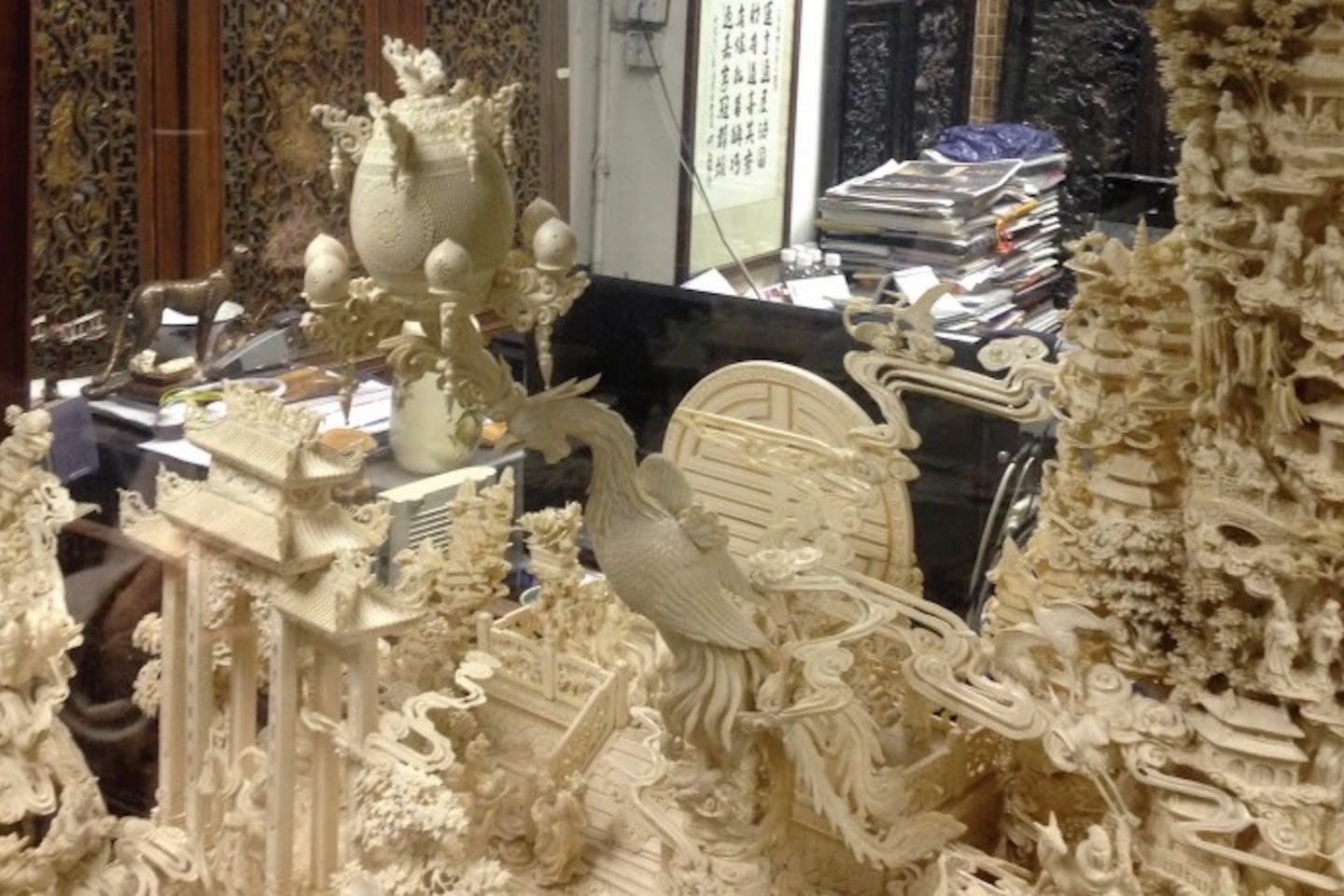 Undercover investigators have uncovered overwhelming evidence which shows that ivory is being laundered in Hong Kong, allowing smuggled tusks to enter the retail market and be purchased legally.

The footage was released last month with a report, “The Illusion of Control Hong Kong’s ‘Legal’ Ivory Trade”, by WildAid and African Wildlife Foundation (AWF). It revealed vendors openly admitting how they are able to replenish their stocks from illegal sources.

The investigators visited about 94 ivory retailers from October 2014 to August 2015 and found that some of them were flouting the lax licensing regulations and even “coaching tourists on how to smuggle purchased ivory,” the wildlife conservation groups said in a statement.

Hong Kong is known as a global ivory trade hub where more than 400 licensed vendors can legally sell ivory as long as these are stocks obtained prior to the 1989 international ban on the commercial ivory trade. At the time of the ban, Hong Kong reported it had 670 tonnes of ivory in its records.

Twenty-six years after the ban, the ivory business remains booming with no clear sign that the stockpiles will be exhausted any time soon. There were no meaningful checks that could verify whether the ivory being sold in the market has come from previously accounted stocks or from recently poached elephants, the report said.

“If ivory sales rates from most of the previous years are taken as accurate, Hong Kong’s stockpile of legal, licensed, pre-1989 ivory should have sold out by 2004,” it noted.

Vendors admit they are able to routinely replenish their shelves with newly poached ivory because there is no proper documentation system to identify any individual tusk or ivory product, the report added.

A retailer even told one of the investigators who posed as an ivory buyer: “They only record the weight of my raw materials and finished products. So I can simply exchange with anything. After I sell an [ivory] item, I can use illegal ivory to make another item to top up my stock again. The government officials have no idea on how to govern.”

The Convention on International Trade in Endangered Species of Wild Fauna and Flora, an intergovernmental body dedicated to protecting endangered species from illegal trade and extinction, has reported that about 20,000 elephants were killed in 2014, despite new pledges by 46 countries to fight illegal wildlife trade.

WildAid and AFW have called on the Hong Kong government to totally ban ivory sale and investigate the loopholes, saying that authorities have failed to implement strict control mechanisms over the sale of ivory.

Hong Kong, a Special Administrative Region of China, has become the transit point not only for smuggled ivory, but also other wildlife products such as sharksfin, they said.

“Hong Kong’s legal ivory market is willfully obstructing newly announced efforts by China and the United States to end ivory sales, at a time when thousands of African elephants are dying at the hand of poachers,” stressed the environmental groups.

Patrick Bergin, chief executive of AWF, said that only way to expose ivory traffickers operating with impunity in Hong Kong is to stop all ivory trade.

“The profits are too high and the system is too easy to game to think we have any hope of controlling this trade through a bit of paperwork and lax regulations,” he noted.

Responding to the report, the Hong Kong government told United States media CNN that it has been enforcing the law rigourously. “Smugglings of ivory have been detected at various control points”, intercepting 16.7 tonnes of illegal ivory over the last three years, the Agriculture, Fisheries and Conservation Department (AFCD) said in an email to CNN.

AFCD also said it has plans to combat the illegal trade with comprehensive stock check of all licensed ivory, surprise inspections of shops and even “tamper-proof holograms” and photographic records to better track pre-1989 ivory.

However, Elizabeth Quat, a local wildlife conservationist and a legislative councilor in Hong Kong, said she has communicated the problem to the Hong Kong government many times and has pushed to end the irregularities in the system, but she is met with slow response and no clear measures to crack down on illegal sales and exports.

“Hong Kong’s illegal trade continues, and elephants are dying as a result,” she said in the statement.

Peter Knights, WildAid’s chief executive, pointed out that Hong Kong’s legal ivory sales only serve as a cover for illegal trade, which fuels the rampant poaching across Africa.

For Knights, the ultimate solution is for Hong Kong to “immediately ban the sale of ivory, establish a dedicated wildlife crime unit and provide adequate funding to enforce a ban and better detect illegal shipments coming into the region.”