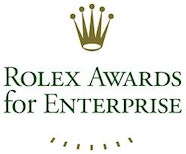 Five inspiring young individuals who have made their mark in fields ranging from healthcare to conservation have been recognised with the Rolex Awards for Enterprise.

Created in 1976, the awards were set up to foster a spirit of enterprise and advance, human knowledge and well-being. In a ceremony held in London on November 17, the youths were given the Young Laureates award, set up in 2009, which commends the next generation of leaders aged 18 to 30 years.

The award includes 50,000 Swiss francs as financial assistance to each of these individuals to be able to complete their projects or embark on new ventures. It is presented every two years and honours inspiring works in five areas including science and health, applied technology, exploration and discovery, the environment and cultural heritage.

This year’s winners are:

Kailas’s enterprise, named Sohum Innovation Lab, was borne out of her passion to use design to transform India’s chaotic healthcare sector. Every year, some 100,000 hearing-impaired babies are born in India, but there is no routine screening countrywide to detect the condition, which if left unaddressed, can seriously impede the development of a child.

Existing tests are expensive and require skilled health-care workers. Kailas’s device works by measuring auditory brainstem response. The device is battery-operated and non-invasive, and can be used anywhere.

The Rolex Award funds will allow Kailas to start clinical evaluations later this year. Her plan is to launch the device in 2016.

She said of her project: “I’ve never felt as intensely motivated as I do working for Sohum. It can be hard at times, but we would rather give it our best shot and fail than not try at all. Our vision is to screen every single baby born in resource-poor settings. So that the hearing impaired are identified early and get timely intervention, so that speech loss can be prevented and they get equal access to education and employment. ”