Ahead of Indonesia’s presidential election on April 17, an online movie was recently published showing the links between Indonesian coal and energy companies and the country’s political elites. 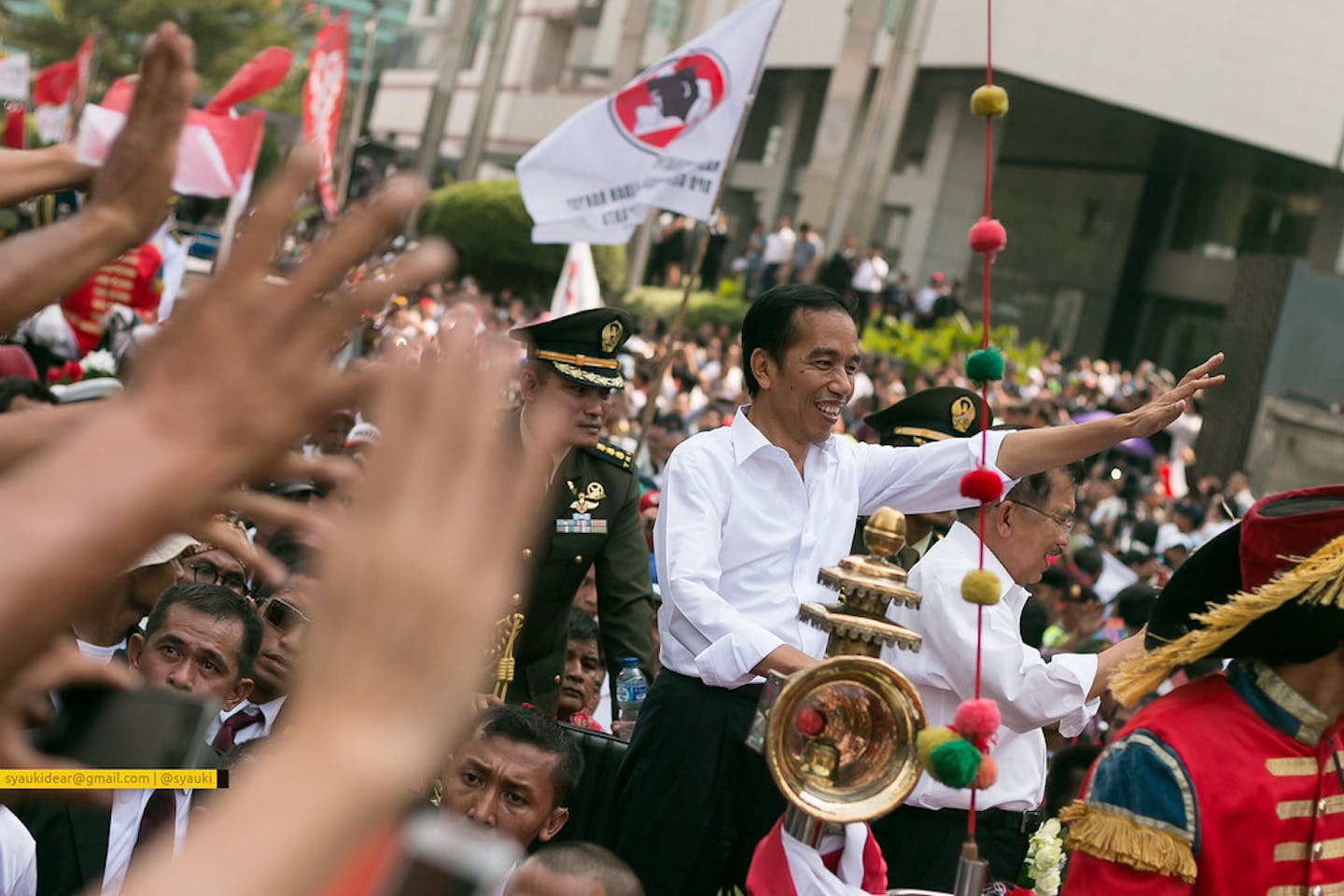 A new documentary film that shows the links between Indonesian coal and energy companies and the country’s political elite has been released online ahead of the world’s biggest single-day election.

Production house WatchDoc Image uploaded “Sexy Killers” to YouTube on April 14, after previously screening the film at more than 470 locations throughout Indonesia.

The 86-minute-long documentary is the last in a 12-part series that follows two Indonesian journalists, Dandhy Laksono and Ucok Suparta, on their travels through 20 provinces since 2015 to investigate environmental issues.

“Sexy Killers” opens with an explosion at a coal mine in Indonesian Borneo. The coal is destined for plants that power other islands, mostly Java and Bali. But the environmental, financial and societal damage wrought by the mines and depicted in the film is felt by the locals, including the families of children who continue to drown in the rainwater-filled pits left behind by the mining companies. The documentary also shows how these same companies, backed by the local and national governments, often seize people’s lands and raze the lush forests of Borneo in their pursuit of more coal.

Dandy and Ucok then follow the coal on barges that move it out of Borneo, often encroaching into conservation areas such as Karimun Java National Park off the northern coast of Java. Here, the barges wreck coral reefs and pollute the marine ecosystem.

Residents living near the massive power plants in Java and Bali also pay a price. The film shows many of them being evicted or relocated to make room for the plants, while those who refuse to leave must deal with the constant pollution from the burning of the coal.

The Bornean province of East Kalimantan is Indonesia’s coal heartland, shipping out more than 200 million tonnes of the fossil fuel in 2011. If it was a country, it would be the world’s eighth-biggest coal producer. The sheer scale of the mining industry has had an indelible impact: the Mahakam River, into which much of the mining waste flows and which serves as the highway for the constant traffic of barges, has suffered widespread pollution. The river is the lifeblood of the region’s rainforests and home to 147 endemic freshwater fish species.

On land, the deforestation and digging associated with coal mining has dramatically increased the risk of flooding and landslides. Between 2010 and 2012, the city of Samarinda, the East Kalimantan provincial capital, recorded 218 floods and is now referred to as “Flood City.”

Ultimately, the movie details the connections between the mining companies and some of the most senior officials in the government, including those running for the highest office in the April 17 election.

A coal-fired power plant in Central Java’s Batang district, for instance, is shown to be owned, in part, by PT Adaro Power, a subsidiary of Jakarta-listed PT Adaro Energy, which also mines coal in East Kalimantan. Among Adaro’s founders is the private-equity millionaire Sandiaga Uno, the running mate to presidential candidate Prabowo Subianto. Another Adaro founder is Garibaldi Thohir who is the brother of Erick Thohir, a spokesman for Uno’s rival campaign of President Joko Widodo.

The company also reportedly owns a stake in PT Rakabu Sejahtera, a company founded by Widodo before he entered politics and now run by his son, Kaesang Pangarep. PT Rakabu Sejahtera has interests in construction, land acquisition, timber processing, and production of goods made from timber and palm oil.

Most of these companies are also listed on the Indonesia Stock Exchange as sharia-compliant equities. To be considered as such, they have to be certified, for a fee, by the Indonesian Council of Ulema (MUI) — chaired until his candidacy by Ma’ruf Amin, Widodo’s running mate.

“Sexy Killers” has received largely positive feedback on social media and racked up more than 6.5 million views on YouTube as of April 16. But a screening of the film in the city of Banyuwangi, East Java, was accused by local authorities of spreading “hate speech” against the presidential candidates.

More than 190 million Indonesians are registered to go to the polls April 17 to vote in the presidential, parliamentary and local council elections. Observers have called it the biggest single-day vote anywhere in the world.

Merah Johansyah, executive director of the Mining Advocacy Network (Jatam), an NGO, said neither of the presidential candidates had pledged to reform the country’s coal industry. Both their campaigns, he pointed out, are funded to a large degree by coal and energy companies.

“Open mine pits may be closed, but who will fill the holes left open in mothers whose children died in those pits?” he said.