Gaps in coverage for sexual and reproductive health services for girls and women may be hurting broader development objectives, say experts from the United Nations Population Fund. Here's why governments in Asia Pacific need to make these issues a priority in health coverage.

By Anderson Stanciole and Federica Maurizio
4 minute read May 25, 2018

Mai was 17 years old when she and her boyfriend became sexually active. Because unmarried adolescents in their country cannot access contraception without parental consent, they decided to make do without. Not long after, Mai became pregnant.

As a teen mother, Mai can access antenatal, obstetric, and post-natal care as part of her country’s public health system. But that system does not provide any coverage for contraceptives, and, without a full-time job, Mai cannot afford to pay for them herself. So, despite wanting to avoid or delay a possible second pregnancy, Mai once again has no choice but to go without any contraception.

Stories like Mai’s are all too common in the Asia-Pacific region, where access to comprehensive sexual and reproductive health services remains uneven. Despite significant progress in some countries toward achieving universal health coverage—a priority of the United Nations Sustainable Development Goals (SDGs)—a key component of women’s health is falling through the cracks. Until sexual and reproductive health services, including family planning, are offered more widely and fully covered under health financing schemes, efforts to provide health care to all who need it will continue to come up short.

Today, many governments in the Asia-Pacific consider some sexual and reproductive health services to be beyond the scope of their health financing priorities. Unfortunately, this has the effect of maintaining and reinforcing the very barriers to sustainable development that universal health coverage was meant to remove—in particular, improving health outcomes for the poor and vulnerable, and preventing people from falling into poverty to pay for the health services they need.

When public health systems do not cover critical services—for example, cervical cancer screening—people are forced either to forego those services or to pay out of pocket for them. Out-of-pocket expenditures already account for a substantial share of total health-care payments in the Asia-Pacific region, reaching as high as 60 per cent in some countries. And, in some parts of the region, this share has actually been increasing. Health-care debt thus continues to trap people and communities in poverty.

According to a recent UN Population Fund survey of six Asia-Pacific countries, gaps in coverage for sexual and reproductive health services might be hurting broader development objectives, even in countries with more advanced health-care policies. For example, in nearly every country surveyed, adolescents do not receive coverage for contraceptives, which are proven to lower teenage pregnancy rates. As a result, despite economic gains, adolescent fertility rates remain relatively high in many Asia-Pacific countries; in some places, they are on the rise. 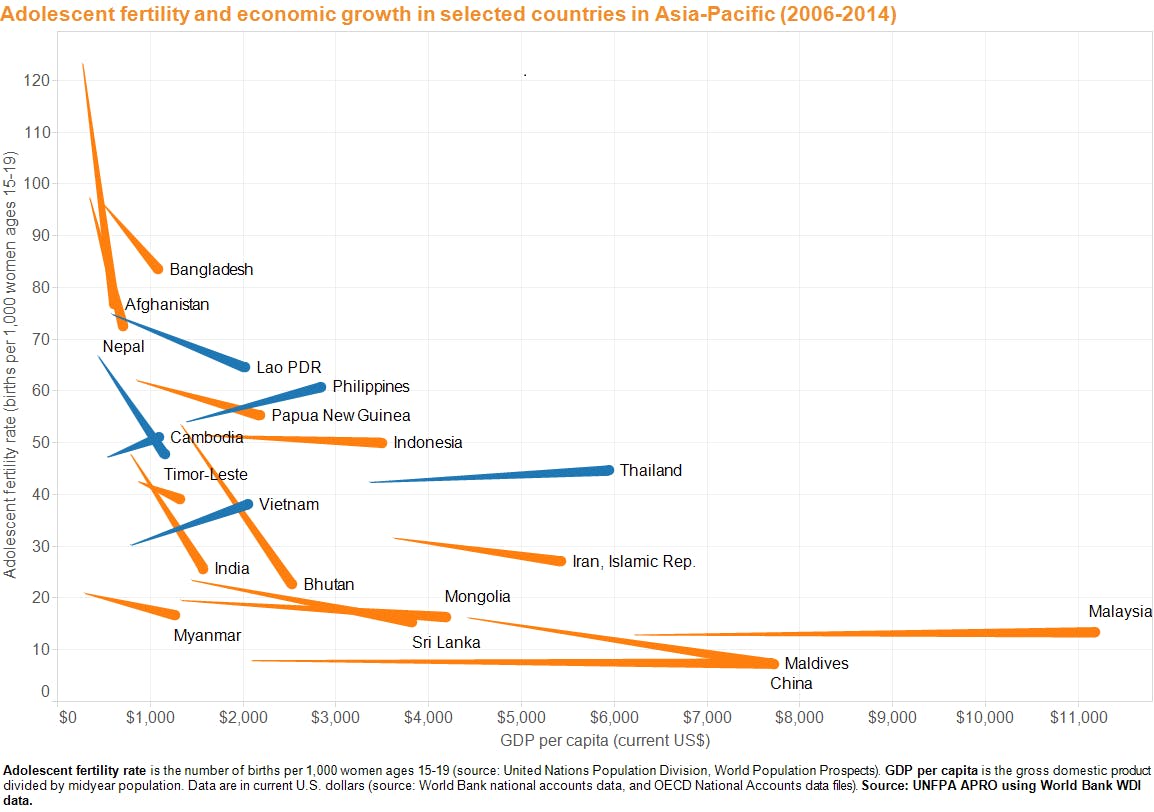 As countries in the Asia-Pacific region develop economically, there will be new opportunities to create more sustainable financing schemes for universal health coverage, including more domestic financing. While ensuring full sexual and reproductive health coverage will depend on broad changes affecting gender dynamics and religious and cultural norms, governments can begin to drive progress, by expanding access to health services and increasing financial protection.

Efforts to promote universal health coverage must be complemented and reinforced by initiatives to ensure access to sexual and reproductive health services. To reduce maternal illness and death, women and girls need easy and consistent access to contraception, maternal health services, and sexually transmitted infection and cancer screening and treatment. Vulnerable groups such as adolescents, migrant workers, and indigenous populations have the greatest need for affordable sexual and reproductive health care; complex eligibility requirements for health financing schemes must be scrapped if coverage is to be sufficiently improved.

Until sexual and reproductive health services, including family planning, are offered more widely and fully covered under health financing schemes, efforts to provide health care to all who need it will continue to come up short.

Improving the health of half the global population, and building societies that are truly inclusive, requires rethinking how health care is offered to women and girls. Sexual and reproductive health services are particularly important for the poorest countries, where poverty and pregnancy are intertwined. When the international community adopted the SDGs in 2015, more than 150 world leaders committed to achieving universal health coverage by 2030. It was an ambitious but achievable target. But as that date approaches, the global health community risks leaving entire populations behind.

Mai loves her child. But she has sacrificed a lot to provide for her. She was unable to complete secondary education, and is thus stuck in jobs that provide a low and unpredictable income. If Mai had been given the option of contraception, her life would likely be very different.

There are millions of women and girls across the Asia-Pacific region just like Mai who could benefit from these services. To make health coverage truly universal, we must make sexual and reproductive health a priority. 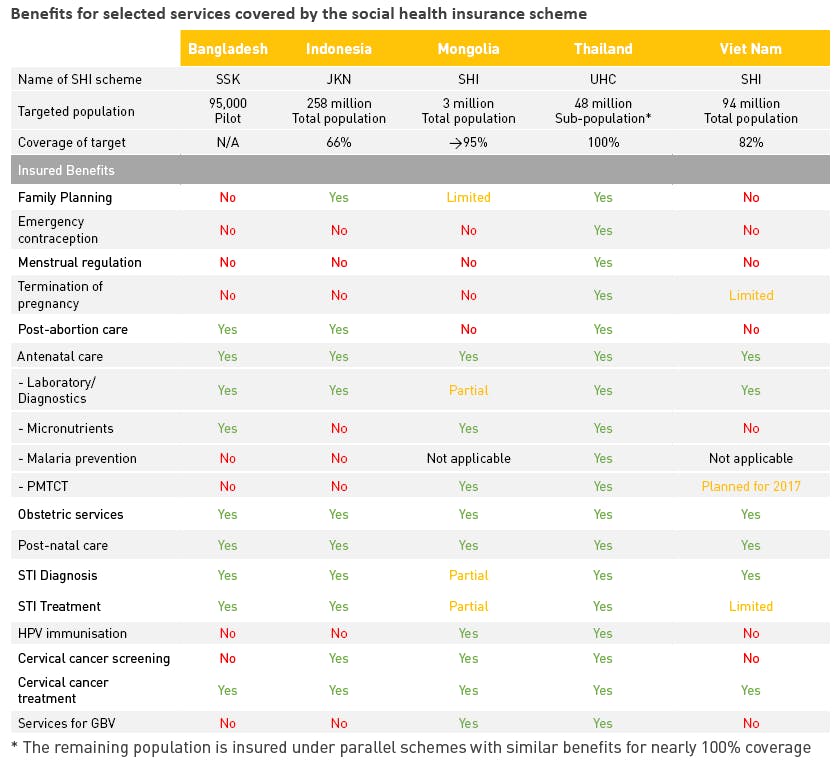