Communities in Sarawak are in a David and Goliath battle to safeguard some of the richest carbon and biodiversity stocks left on the planet.

A wild boar hightails it into the forest as we approach the village of Long Tungan in Sarawak, Malaysian Borneo. In the driver’s seat of our Hilux, Erang says that if his gun had been within reach he could have given the beastie a run for its money. Erang is exhausted from our 8 hour drive up the corrugated logging road, but he isn’t joking.

It’s January 2020, prime fruit and hunting season, so spirits are high and bellies are stuffed with rambutan and crackling. We’re here to visit our field technicians for the Baram Heritage Survey—a project that hires indigenous citizen scientists to patrol and monitor their own lands.

From this point on the village is only accessible by boat, so we stuff our packs into garbage bags on the riverbank and stack them on the waiting boat. Birds bicker over the spoils in the trees above, interposed with the occasional thud of fruit hitting the ground.

I hope that Long Tungan doesn’t need to put bodies in the path of bulldozers in order to save what is rightfully theirs, what we know should be rightfully protected as the black and indigenous lives matter movements start to burn bright around the world.

The phone signal here won’t be strong enough to read the news for the next couple of days, but we’ve heard about the nasty virus making its way around China. No one yet knows the havoc the coronavirus is about to wreak on the world. We’re also blissfully unaware that the timber company Samling is about to receive approval to log the very land on which we stand.

Home to the Kenyah Jamok people, Long Tungan is a magnificent place. The terrain of the Baram region is carved out with limestone cliffs, leafy trails, dipterocarp roots and mossy streams. Snaking its way through the middle is the mighty Baram river—lifesource for dozens of villages, around 20,000 indigenous people and a multitude of endemic animal species.

After dumping our bags in the longhouse, we head to the kitchen, where our hosts crack open three local species of durian for us to try, awaiting our reaction to the creamy, sometimes sickly taste. We are joined by Christie and Jeremiah, our field technicians for the Jamok cluster. These guys patrol 32 kilometres every month, monitoring the forest for signs of its spectacular array of primates, felines, reptiles and birds.

In November, I tagged along with the Jamok team when they opened their first transect path. I spent most of my time flicking bugs off my tucked-in socks and sliding butt-first downhill when the soil gave way. I spotted precisely zero animals. Christie and Jeremiah, on the other hand, pointed out the faint sound of nearby barking deer and showed me the bite marks where a palm civet had munched on some figs.

These guys see what outsiders are blind to. They feed their sightings back to a database using the Baram Heritage Survey smartphone app, and the sightings are then analysed by local and international researchers. John Jau Sigau, an elder and community leader of Long Tungan, hopes that this baseline data can inform future forest management plans, and strengthen their claims against logging.

“We are working hard on community conservation to create long-term sustainable jobs in our forests,” explains John Jau. “Not to chop it all down for short-term gain.”

But on April 12th, while Malaysia was in lockdown, the Gerenai logging concession was approved. It gives Samling permission to extract timber from an area of forest ten times the size of San Francisco. The Jamok community is particularly concerned about its communal forest reserve, a protected zone where no one is allowed to cut any plant or hunt any animal without the express permission of the community. 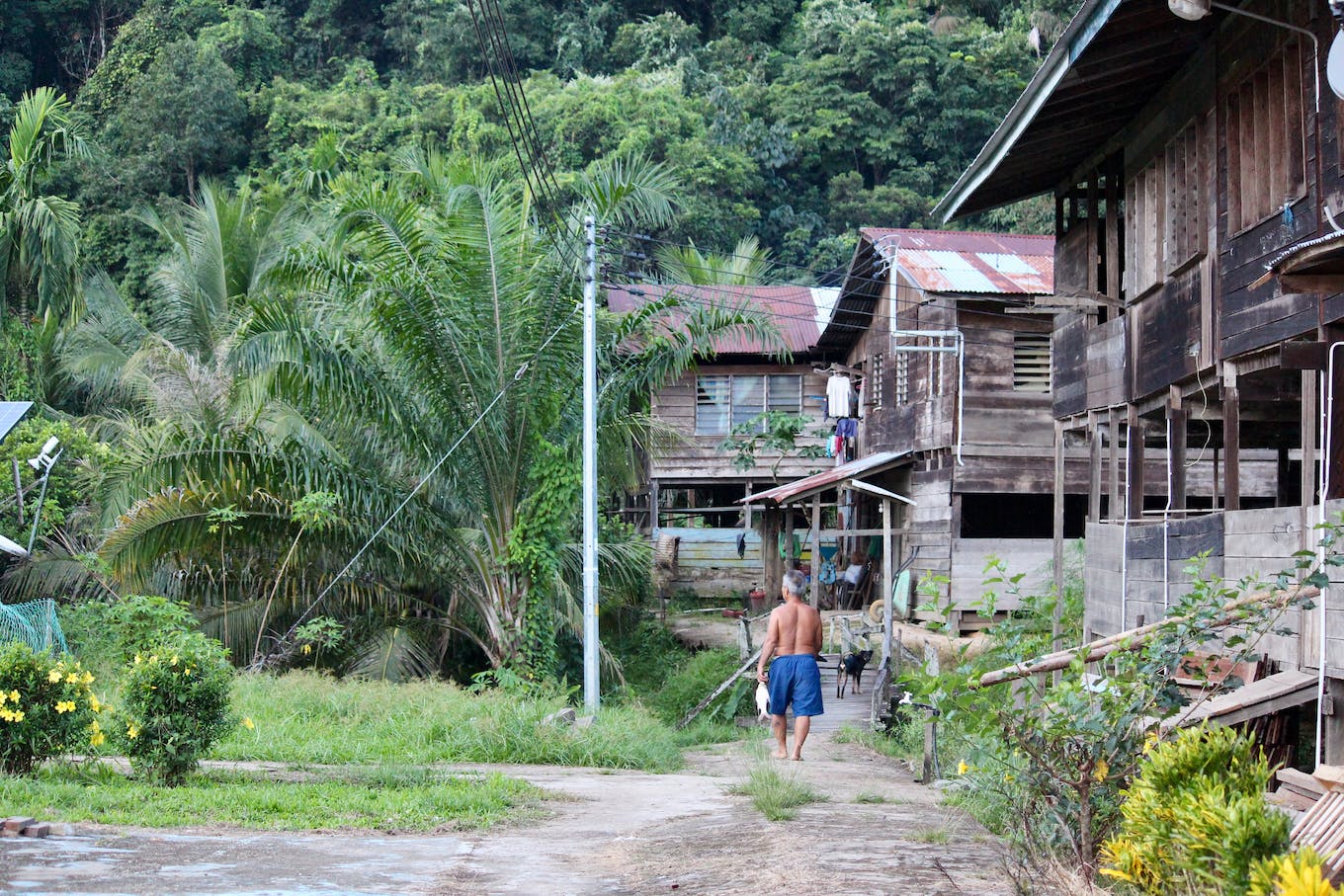 Long Tungan has done everything in its power to fight the Gerenai concession, and they don’t want to resort to physically stopping the bulldozers, which is what they had to do in 2018 when Samling illegally entered their forest reserve. This time, Samling will have all their paperwork in order.

We are told by other villages in the Gerenai concession that even when the company does conduct community consultations, they are totally inadequate. Sometimes they handpick a few people from the village, bring them over to the logging camp, have a chat and grab some signatures. They can then tick the box that says they obtained free, prior and informed consent.

This lack of real consultation is in direct contravention of the Malaysia Timber Certification Scheme by which Samling is bound. Without the certification, the timber can’t be sold internationally. Long Tungan will now have their ancestral carpet ripped out from under them so that we in the West can buy supposedly guilt-free door frames and coffee tables.

“The Malaysian Timber Certification Scheme is supposed to protect indigenous rights,” explains Peter Kallang, Chairman of local advocacy group SAVE Rivers. “But the story of Gerenai is just one of the many examples that demonstrate how the system is toothless in practice.”

Perhaps those who have lived in harmony with the natural world for centuries should have some input into how we might make it through the next one. We’re excited about our survey and our model that honors indigenous knowledge.

But this excitement is now tempered with the reality of what these communities are up against: a battle against an impossible system. In the middle of an extinction crisis and a climate crisis, communities like Long Tungan need to find a way to protect their lands and save some of the most valuable carbon and biodiversity stocks we have left.

After dinner, we go in search of our favourite octogenarian matriarchs, their ears stretched long with the brass ornaments that represent power and cultural pride. These women have lived in the village their whole lives and although I can’t speak a lick of Kenyah, we communicate in grin-nodding, handshakes and rice wine.

It’s heartbreaking to think that this magnificent place is scheduled to be scarred by more logging, and that this way of life might be gone within a generation.

I hope that Long Tungan doesn’t need to put bodies in the path of bulldozers in order to save what is rightfully theirs, what we know should be rightfully protected as the black and indigenous lives matter movements start to burn bright around the world.

Maybe this recognition won’t make it to the right boardrooms in Sarawak any time soon, but I hope that when I am as old as these women there will still be birds squabbling over fruit and beasties to chase. For now, we will have to wait and see whether the timber certification body rethinks its motivations and starts to listen to voices on the ground, to those who know the forest best.

Fiona McAlpine is Communications and Project Manager for The Borneo Project, a non profit working with indigenous communities in Malaysian Borneo. To find out more about their work head to borneoproject.org