‘We fell in love with the Bambara groundnut’: How a start-up is improving livelihoods of small farmers in Africa

Singapore food science firm NamZ sent a team to Ghana to ensure it was sourcing the Bambara groundnut responsibly and sustainably. It has exciting plans for the future-fit crop.

Despite its low nutritional value, approximately 100 billion portions of instant noodles are eaten every year. But what if you could make this convenience food healthier, good for the planet and uplift farming communities at the same time?

That was the question that Christoph Langwallner and his team at food science start-up NamZ had asked themselves when they started their search for future-fit crops that could be used to create healthy, more sustainable comfort foods under the WhatIF Foods brand.

Future-fit crops are nutritious, climate-resilient and can grow on degraded land, thus opening up income opportunities for smallholder famers.

The humble Bambara groundnut plays a huge role in this vision.

Langwallner, NamZ’s co-founder, said he learnt about the legume through Professor Sayed Azam-Ali, the former chief executive of the Malaysia-based Crops for the Future research centre who explored under-utilised crops and their applications.

“We fell in love with the Bambara groundnut as we learned more about the wonderful legume. It fits every dimension of our criteria for a future-fit crop. It is nutritious, containing a balanced macro-nutrient profile while filled with vital key micronutrients,” he said.

At the same time, the Bambara groundnut can thrive on degraded land without the need for pesticides and fertilisers, making it an ideal crop for smallholder farmers who are unable to afford the risks and high initial capital costs typically associated with traditional crops like wheat, maize and rice. Being a legume, it can also help remediate degraded soils through a nitrogen fixing mechanism, Langwallner added.

Despite its strengths, however, the Bambara groundnut is largely an afterthought in farming communities in western and sub-Saharan Africa and is virtually unknown outside these areas. 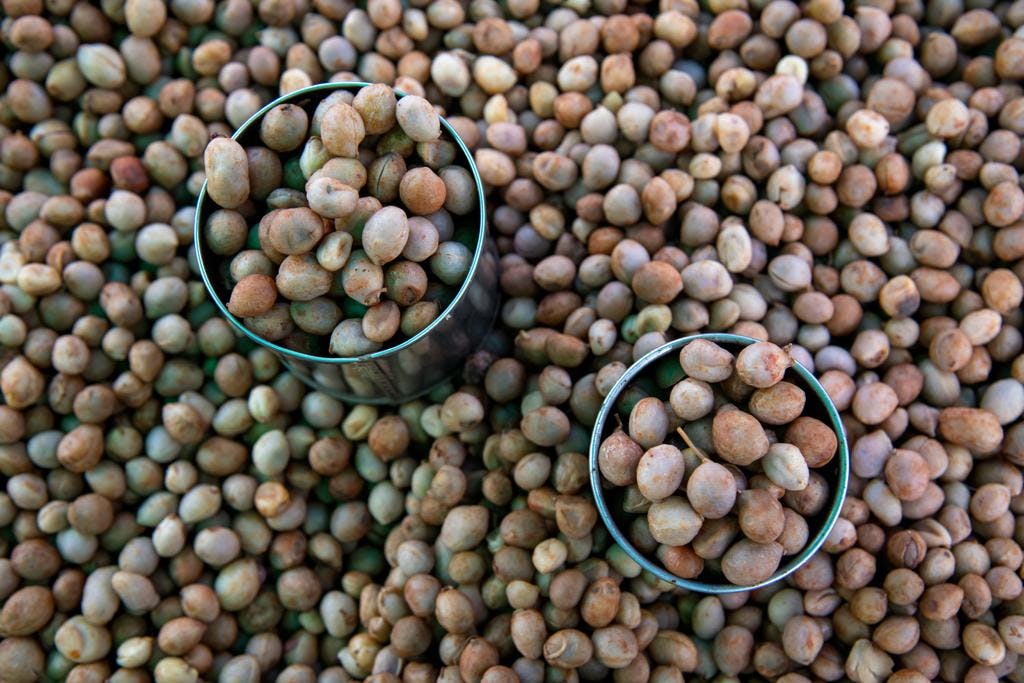 Reaching out to farmers in Ghana

One of the early challenges the NamZ team faced was securing a sustainable supply chain with the smallholder farmers in these areas.

Lucas Van der Walt, managing director of NamZ’s subsidiary CocoNutZ, who was involved in sourcing, said: “You can imagine that it’s not easy to order Bambara groundnuts from farmers in rural Ghana from Singapore as they don’t have phone or internet access. Reaching Bambara groundnut farmers living in Chirifuyili and Jagroyili villages, the heart of Ghana’s Bambara growing region, takes some organising and commitment.”

To engage the farming communities in Ghana, Van der Walt and Vinod Vallayil, director of another NamZ subsidiary called ToroZ, made an eight-day trip there last year.

Besides a good dose of planning, it took several flights, a bumpy four-wheel drive over dirt roads and a total of three days before they reached their destination.

The trip was necessary as it helped the team to better understand the farming communities so that sourcing could be done in a responsible and sustainable manner.

We look to develop a fair, efficient and inclusive supply chain for these crops, with the hope to bring in a fair alternative stream of income for farming communities most susceptible to the impacts of climate change. 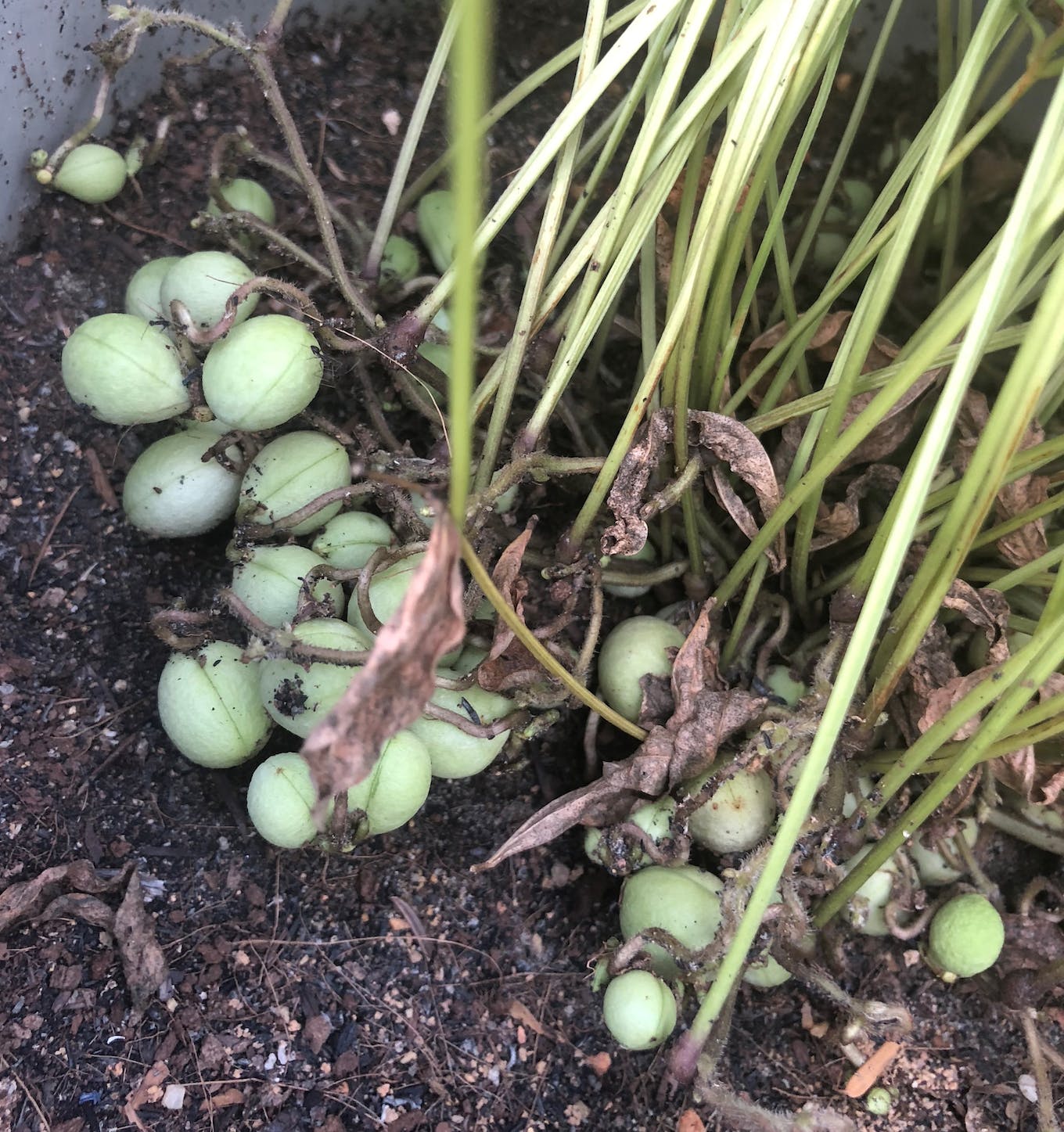 One of their objectives was to provide a fixed contract for farmers to generate a sustainable income from the Bambara they grow.

“It is for this reason we went to Ghana six months to a year in advance—to order the Bambara groundnuts from farmers so they have enough time to prepare. Bambara nuts are hardly ever exported internationally so it was quite a challenge and we often felt like we had to ‘re-invent the wheel’,” said Van der Walt.

Using its network of contacts, the team partnered a Ghanaian seed exporter, which had a track record of sourcing shea butter (a fat used in cosmetics) sustainably from these same communities, to act as a local representative. The local partner would liaise with the farmers, provide guidance, organise shipments and ensure proper completion of export paperwork.

Van der Walt and Vallayil also faced other challenges. They had to gain the farmers’ confidence and trust that a crop that had always been relegated to the sidelines could be a source of income.

The Bambara groundnut is mostly grown for the villagers’ own consumption. It is traditionally boiled, roasted or dried and eaten as a snack, mixed into porridge or used as a flour to make bread.

“Imagine this scenario: You are a farmer and live in a village like this, and for the first time in your life, a couple of strangers from a country you have never heard of walk in and tell you they are interested in buying a nut that you grow, but have never sold and only ever eaten yourself,” Van der Walt said.

“These strangers talk about making it into a food that you have never seen or tasted yourself. What would it take for you as a farmer to accept their word and go out and start growing more Bambara than before?”

Like smallholder farmers elsewhere in the world, those in Chirifuyili and Jagroyili face many challenges such as the lack of initial capital, technical skills and technology to efficiently increase yield.

In the villages—each with around 100 to 200 people—that Van der Walt and Vallayil visited, the landscape is generally arid and trees are sparse. Most of the houses are built with mud bricks and thatched roofs.

The lack of piped water also posed a huge challenge, not only in meeting the villagers’ basic needs but also their ability to grow more crops.

An incident that stood out for Vallayil was when the village head spoke of the four-hour walk to fetch water for cooking and other domestic uses.

“My heart went out to fellow human beings. It reiterated NamZ’s business purpose and commitment to (all-round) sustenance—it is indeed our responsibility to support them with basic needs during our journey ahead,” he said.

Langwallner said data highlights the urgent need to change the status quo of the global food system: 2.6 billion people derive their income directly from farming, of which 74 per cent are the poorest of the poor.

An estimated 52 per cent of arable lands are severely degraded or degrading, and 23 soccer fields of commercially viable lands are lost every minute.

“These statistics tell us that rapid land degradation is severely threatening the livelihoods of the poorest. If we do not take action, we are looking at mass migration of climate refugees in the near future,” Langwallner said.

The World Bank estimates this population to be around 140 million by 2050.

Langwallner said the absence of established supply chains for future-fit crops offers the opportunity to “do things right from scratch”.

“We look to develop a fair, efficient and inclusive supply chain for these crops, with the hope to bring in a fair alternative stream of income for farming communities most susceptible to the impacts of climate change. For us, there is no sustainable food future without considering the people who grow our food,” he said.

For NamZ, fair and responsible sourcing means a guaranteed minimum order, fair pricing and ensuring that orders do not take away from what is intended to feed the communities. 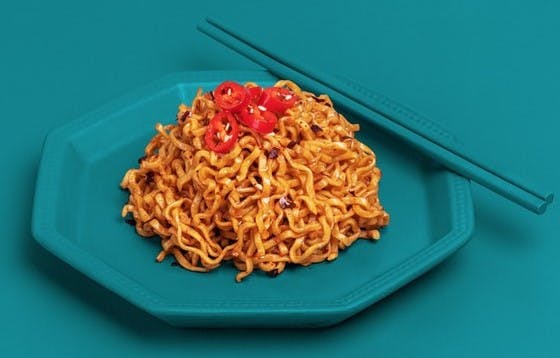 By Langwallner’s calculation, a sizeable positive impact can be made even if only 1 per cent of instant noodle consumers switch to Bambara groundnut noodles, which WhatIF dehydrates using a proprietary process similar to air-frying that reduces the fat content by at least 55 per cent.

It would avoid 7,000 tonnes of crude palm oil, thereby saving 2,188 hectares of rainforest—equivalent to 3,000 soccer pitches or 17,500 Olympic swimming pools—from being converted to monoculture plantations, Langwallner estimated. Annually, it would avoid 380,000 tonnes of carbon dioxide from peatland degradation, he said.

Next up: Bambara milk, partnerships with Southeast Asian farmers

For NamZ, the Bambara groundnut project in Ghana is only the beginning. The legume is already an ingredient in WhatIF’s noodles, soups and shakes, and the company plans to incorporate it into more products such as Bambara groundnut milk, which is currently in the final stages of development.

Even as it continues to develop outreach in West Africa, it will also be engaging with communities in Southeast Asia, Langwallner said. “In fact, we have already engaged with stakeholders in the region, but our efforts have been delayed by Covid-19. We hope to pick up our pace as soon as we can.”

The area of degraded land is set to expand across Southeast Asia due to decades of intensive monoculture. “Once arable lands become heavily degraded, there is very little economic use for the land and the communities that live around that area suffer as a result. This is where we see a big opportunity for legumes like the Bambara groundnut to be cultivated to help remediate as well as to bring back economic and social values to these areas,” he said.

As soon as the Covid-19 situation allows, Langwallner said the team will resume its community outreach in Ghana and resume talks with stakeholders in Southeast Asia while they look out for more varieties of underutilised crops such as moringa and lupine.