As human activities increase in the polar region, Goh aims to protect the large marine mammals that play a key role in maintaining the balance of our natural ecosystem.

Some marine biologists knew from a young age that studying ocean life was what they were destined to do as adults, citing David Attenbourgh wildlife documentaries or sea-side holidays with family as sources for inspiration.

The path wasn’t as straightforward for Tiffany Goh, who, after graduating from Singapore’s Republic Polytechnic with a diploma in biotechology, swore that she wouldn’t touch science again. After years of taking on various odd jobs, she landed a role as a laboratory technician in the Department of Health and Research at the Southeast Asia (SEA) Aquarium in Singapore where she decided to venture into the world of marine biology.

Fast forward almost nine years, and Goh has just been accepted as a PhD candidate at the University College Cork in Ireland to study cetaceans—marine mammals such as whales, dolphins and porpoises. The field work and data collection will be conducted from a small plane, as the researchers spot and identify these large animals to study their abundance and distribution in Irish waters.

“It took me a while to figure out where my interests lie, especially since the only wild marine mammals we have in Singapore are the occasional dolphins. But I have no regrets at all,” said Goh.

In an interview with Eco-Business, Goh shares her long journey of realising her passion for marine mammals, how human activities are impacting whales in the polar regions, and why it’s important to conserve marine mammals. 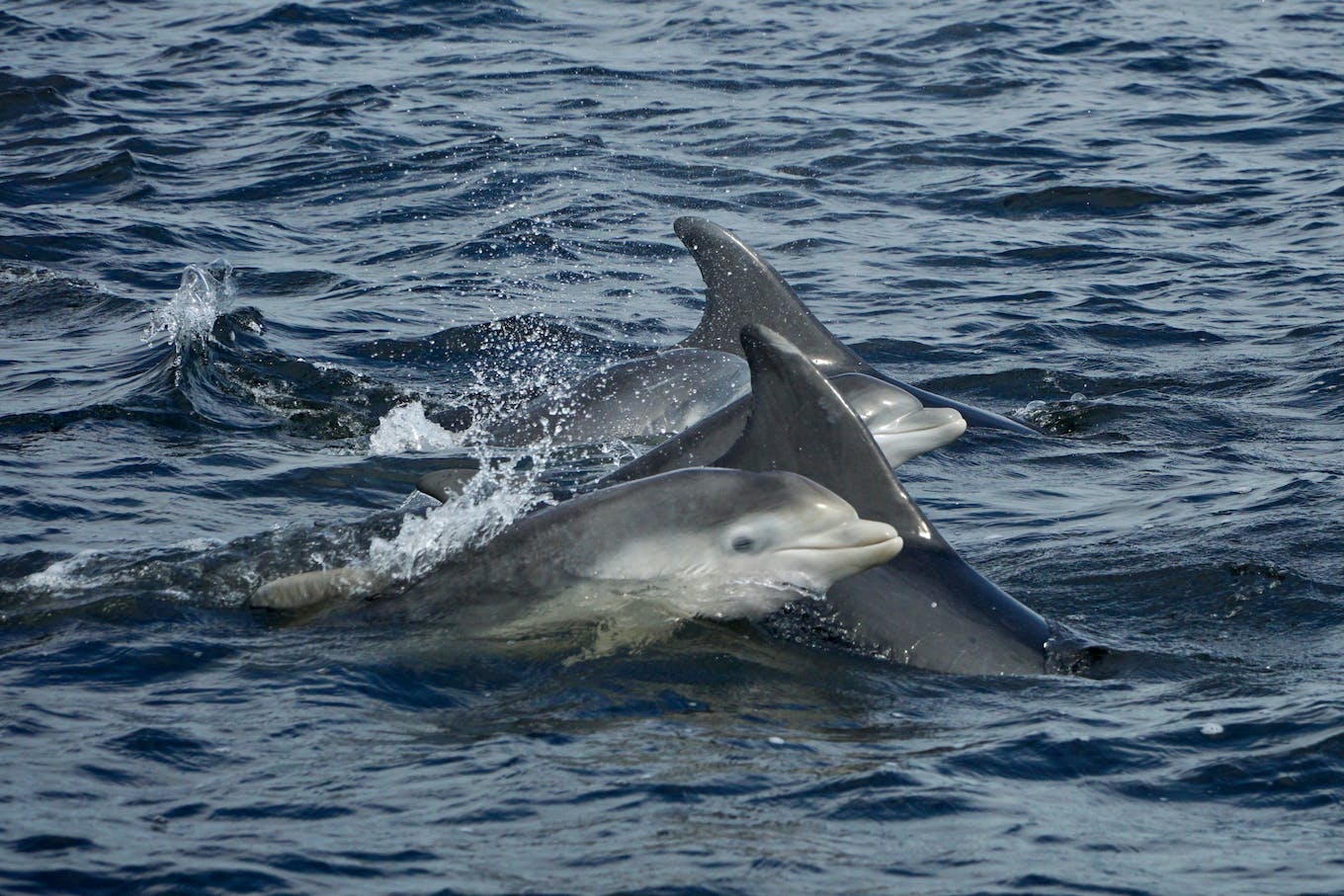 When did your love for marine conservation start and what was your journey to where you are now?

I learnt a lot during my time at the SEA aquarium, and also decided to take up diving. After my advanced diving course, I realised that I enjoyed being out in the field, at sea. I left my full-time job at the aquarium and spent six months at two volunteer programmes in the Philippines. I took part in projects on coral reef and seagrass conservation. The second programme that I worked on was whale shark research. We swam out to sea and obtained data of the sharks that came in closer to shore everyday because locals were feeding them.

In 2014, I got into the University of Plymouth in England and did a three-year programme in marine biology. In my final year, I chose an Honours project on the habitat preference of sperm whales. My interest in cetaceans started when I first saw killer whales and humpback whales in person in the northern Norwegian fjords.

Whales were coming into the fjords to feed on the fish that gathered every winter. The world’s largest herring stock are well known to spend their winters in these fjords and it makes a good opportunity for bigger animals to come in and feast. But it’s also an opportunity for tourists to whale-watch, which means there were many boats around. 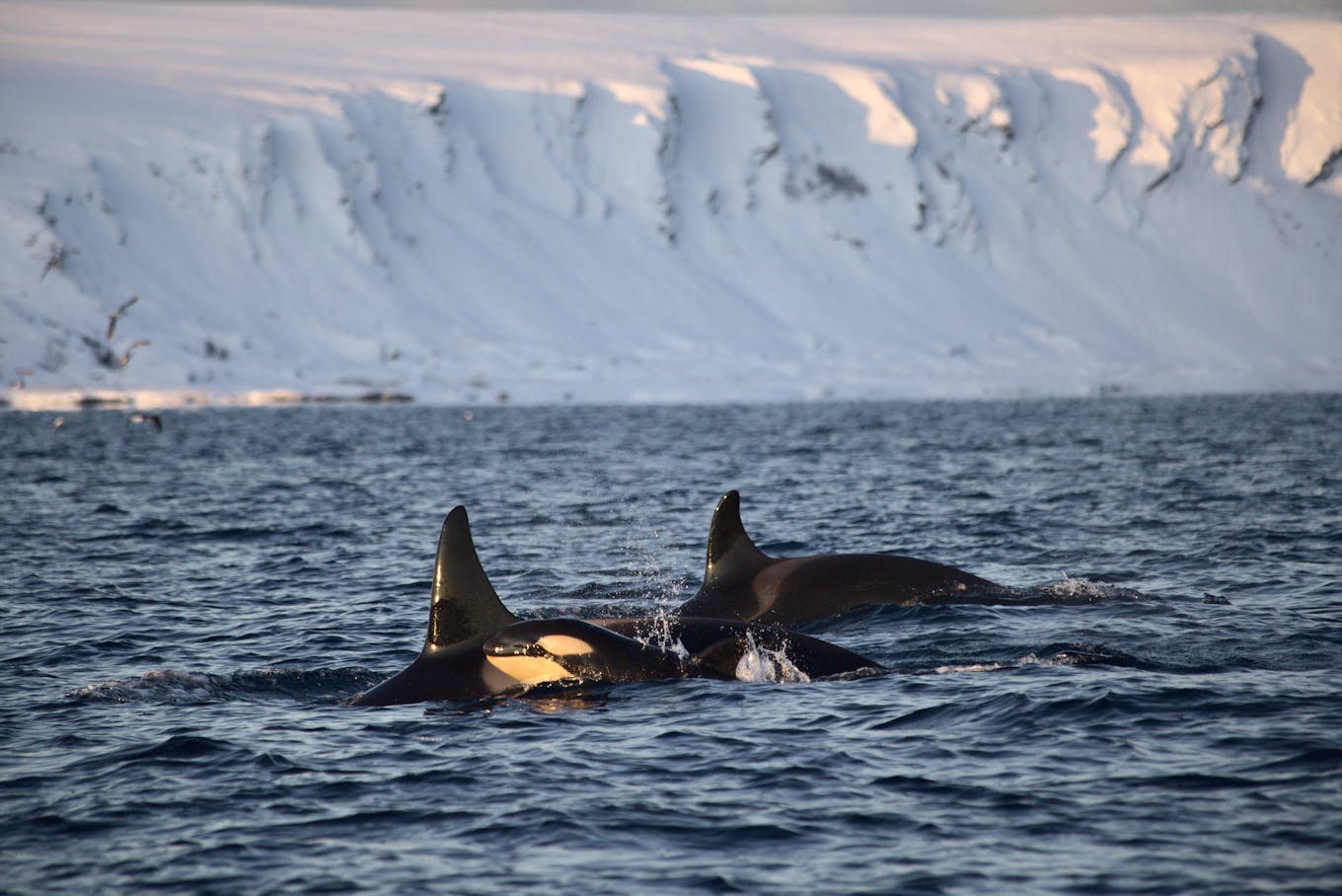 With the increasing number of ships at sea, engine sounds emitted can overpower whale communication in some species. However, in Norway, it’s likely that killer whales feeding and social activities get disrupted by the presence of these whale-watching boats.

After graduating, I knew I wanted to work on marine mammals, but it was really difficult to get a job in the field. I finally decided to pursue a Master’s in marine mammal science at the University of St. Andrews in Scotland and had the opportunity to work on a project on the killer whales in Norway—which was what I really wanted to do and thoroughly enjoyed.

I have spent the past year and a half applying for various PhD positions and also working as a research assistant at the National University of Singapore (NUS) to study coral reefs. 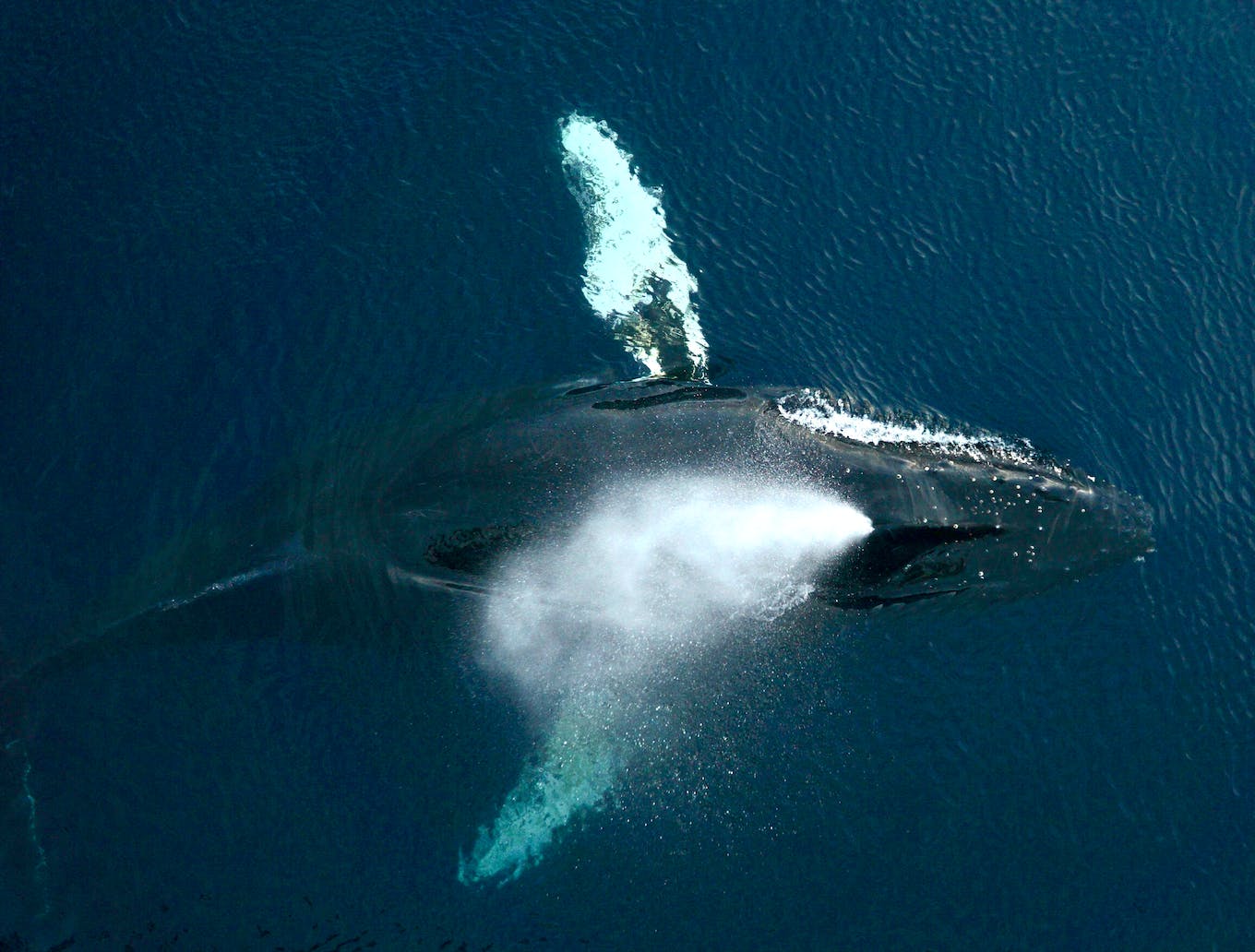 A humpback whale surfacing beside our expedition ship in Antarctica, 2019. Image: Tiffany Goh

Why is it important to conserve marine mammals? What role do they play in the entire ecosystem?

Marine mammals such as whales play an important role in the maintenance of healthy marine ecosystems. Everything is connected in the ocean. Large-scale removals, like whaling, of these top predators have been linked to trophic cascades that can affect multiple marine species. Sometimes this may even lead to an ecosystem collapse.

A classic example is one in the North Pacific, killer whales that used to feed on other whales switched prey to smaller marine mammals such as sea otters due to the decline of baleen whales after whaling. Sea otters maintain kelp forests by controlling sea urchin populations but unfortunately, with the removal of the otters, urchin numbers increased tremendously, destroying kelp beds. Kelp forests act as nurseries to a range of fish species and with their loss came cascading impacts on fish stocks, some of which were commercially important species.

Other reasons also include whales being large carbon stores—a great whale accumulates 33 tons of carbon on average, and when the whale dies their carcass sinks to the bottom of the sea, so does the carbon! Whale faeces are also a powerful natural fertiliser for the ocean’s phytoplankton, which captures an estimated 40 per cent of all carbon dioxide (CO2)produced.

Whales have cultural and biodiversity value, and can provide ecosystem services and support coastal communities economically in terms of ecotourism. 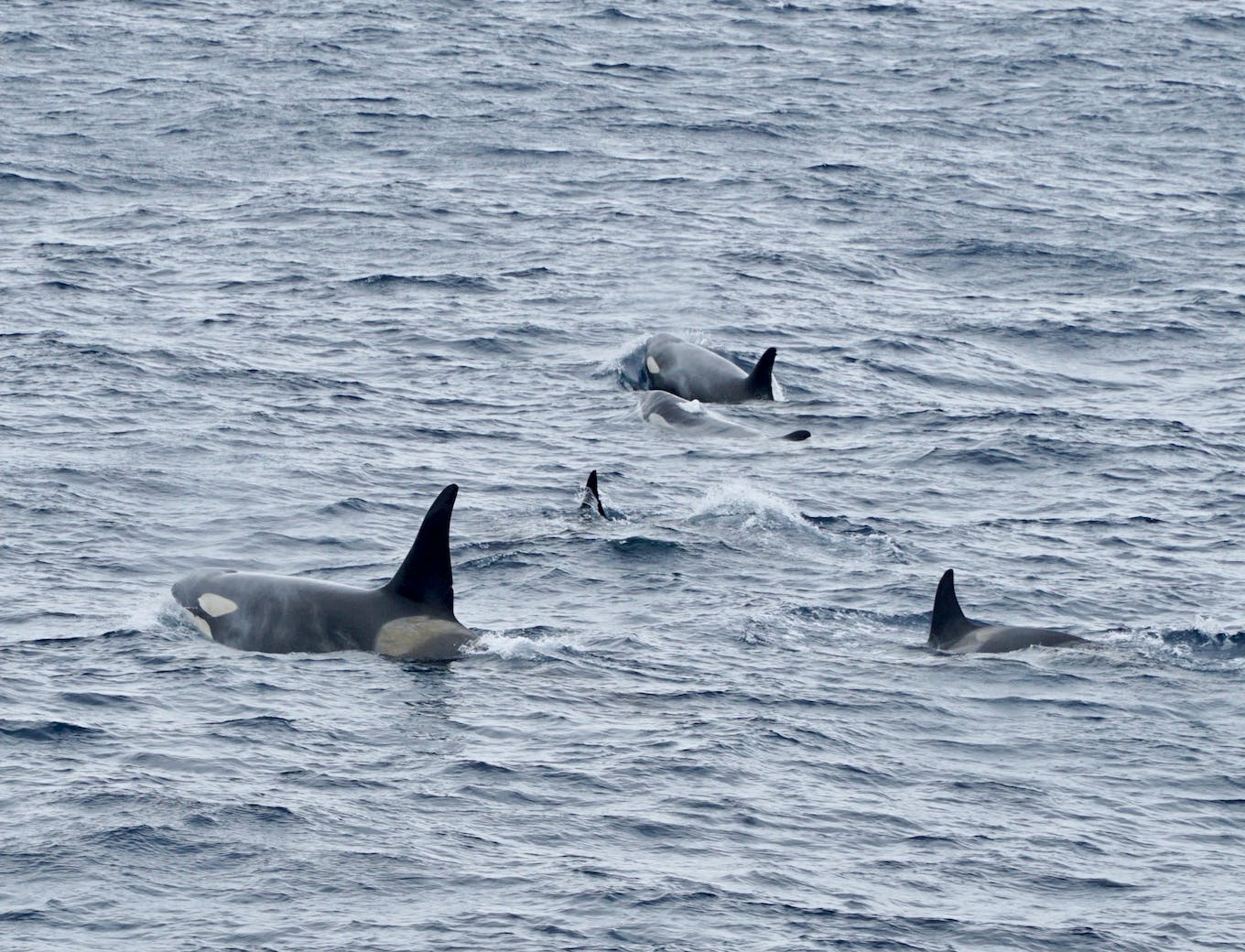 What’s going to happen after four years of your PhD? What does your dream job look like?

I definitely want to continue in research. There are so many questions I want to answer, especially with the world changing in terms of the environments around us. I’m particularly interested in the polar regions, where a lot of environmental changes are happening quickly. There’s climate warming, the ice is melting, the availability of food for these big animals are going to change. That’s probably going to affect what the animals do—are they going to move away? Are they going to starve? How will they adapt to these changes?

The poles are also opening up to more human activities. There’s oil exploration and drilling and there might be more shipping along the Arctic as well. These human impacts create disturbances for the animals. We need to better understand how it will impact them before these activities increase. Energy development companies usually require environmental impact assessments to be carried out before they start construction. So they survey an area to see what kind of animals are there, when they are present and what they are doing. All to to ensure proper planning and that they impose minimal impact on the animals.

Our goal is to use this information to inform conservation management. So how can we better manage these kinds of situation, do we put up marine protected areas? Do we put rules on when human activities can happen? How can we compromise, maybe allow human activities to happen when animals are rarely seen?

I think further down the line, I’ll be interested in how these kinds of research translate into policy but for now my goal is to better develop the skills and knowledge to effectively conduct the research. 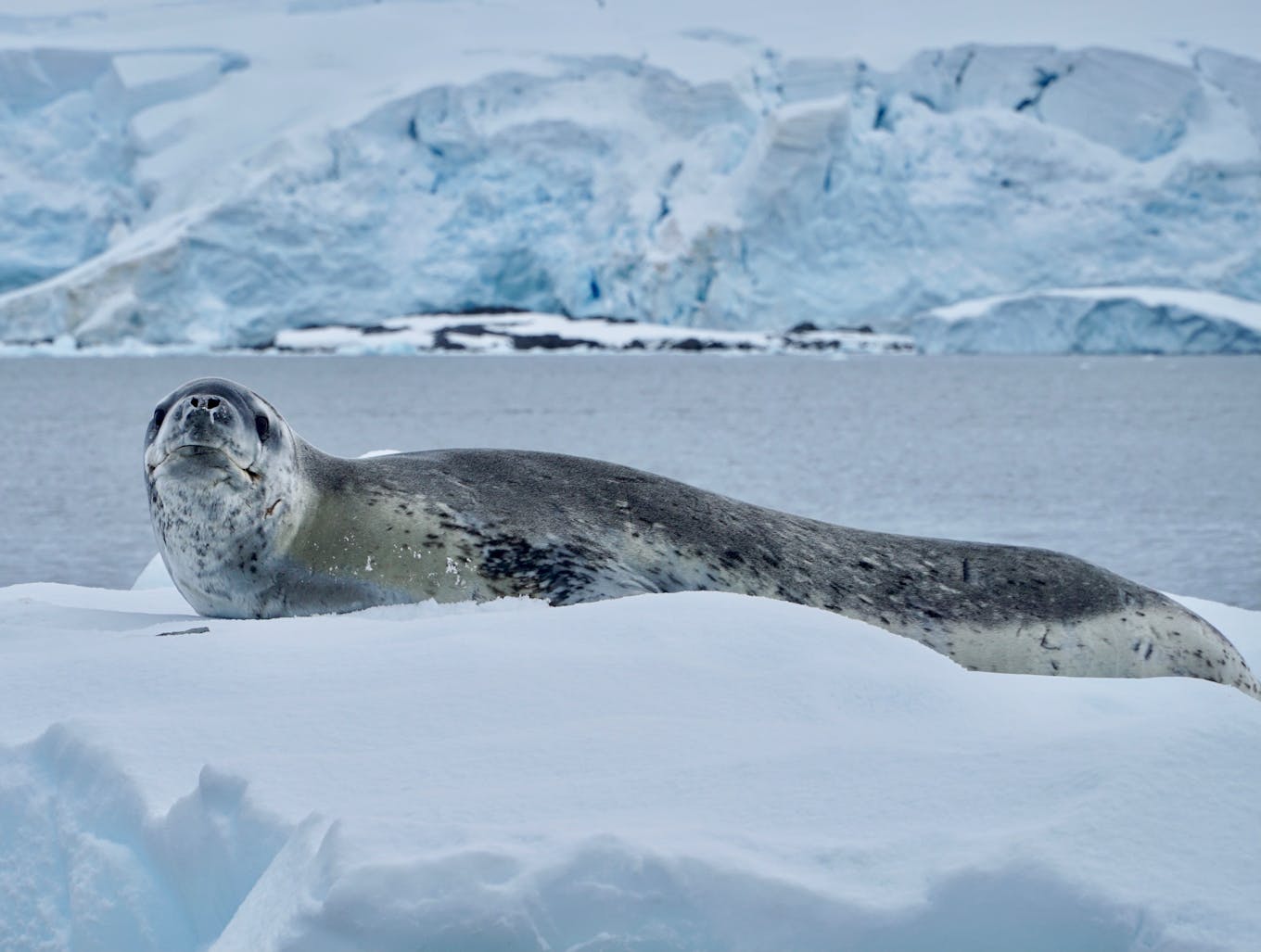 A leopard seal hauled out on ice in Antarctica, 2019. Image: Tiffany Goh

What advice would you give other students who are interested in marine biology?

Once you find something that you’re really interested in, everything changes. The key thing is just to not stop trying to figure out what drives you.

I’ve realised over the years that it doesn’t work for me to plan so far ahead. You might have a goal, which is good, but goals and the path to reaching those goals always change. The danger with having a set plan is that you become so rigid and don’t allow yourself any room to grow by trying new things.

I had a mentor at the SEA aquarium that was really encouraging. When I was confused about what to do beyond working at the aquarium, he told me to just go out there and make all the mistakes I can and learn from it. Don’t let fear hold you down.

I think it’s also important to network in this field. You’re going to meet so many amazing people but you have to choose the right ones that align with your own interests to guide you. When you feel like someone is going to be a good mentor in your life, just approach them and see how that goes. 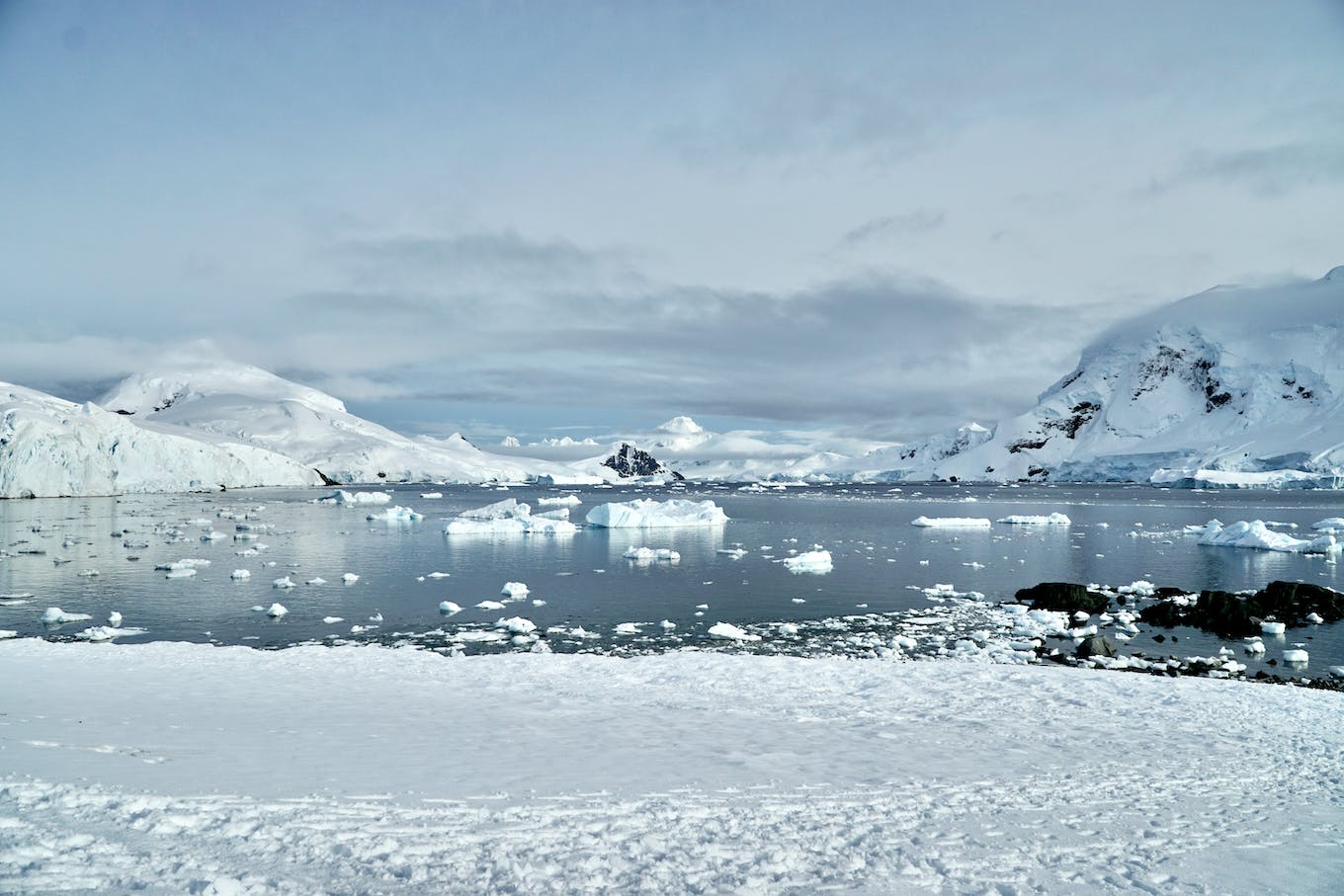 One of the sunny days in Antarctica, 2019. Image: Tiffany Goh

Why should we care about the polar regions that seem so far away? How can we connect the poles to Singapore and Southeast Asia?

We know that rising concentrations of CO2 are warming the atmosphere and this has detrimental consequences around the world. But polar regions such as the Arctic and Antarctic Peninsula are warming a lot faster due to polar amplification that is caused by the loss of sea ice. Although we are situated away from these areas, we are experiencing the knock-on effects such as sea-level rise.

Effects of climate change in Singapore have been documented – increases in annual mean temperatures and rainfall have become more intense. An increase in mean temperature can affect the biodiversity in Singapore, placing our plants and animals at risk. Additionally, Singapore is highly urbanised and we are surrounded by buildings that either retain or produce heat and thus, we ourselves may experience heat stress.

I think we should care more about what we do during our daily lives and how it may impact the planet as a whole, and also consider how future generations may be affected. I do believe a variety of global climate issues stem from us humans, unfortunately. But instead of blaming each other or feeling like nothing can be done, we have to come together to make the change, big or small it may be. 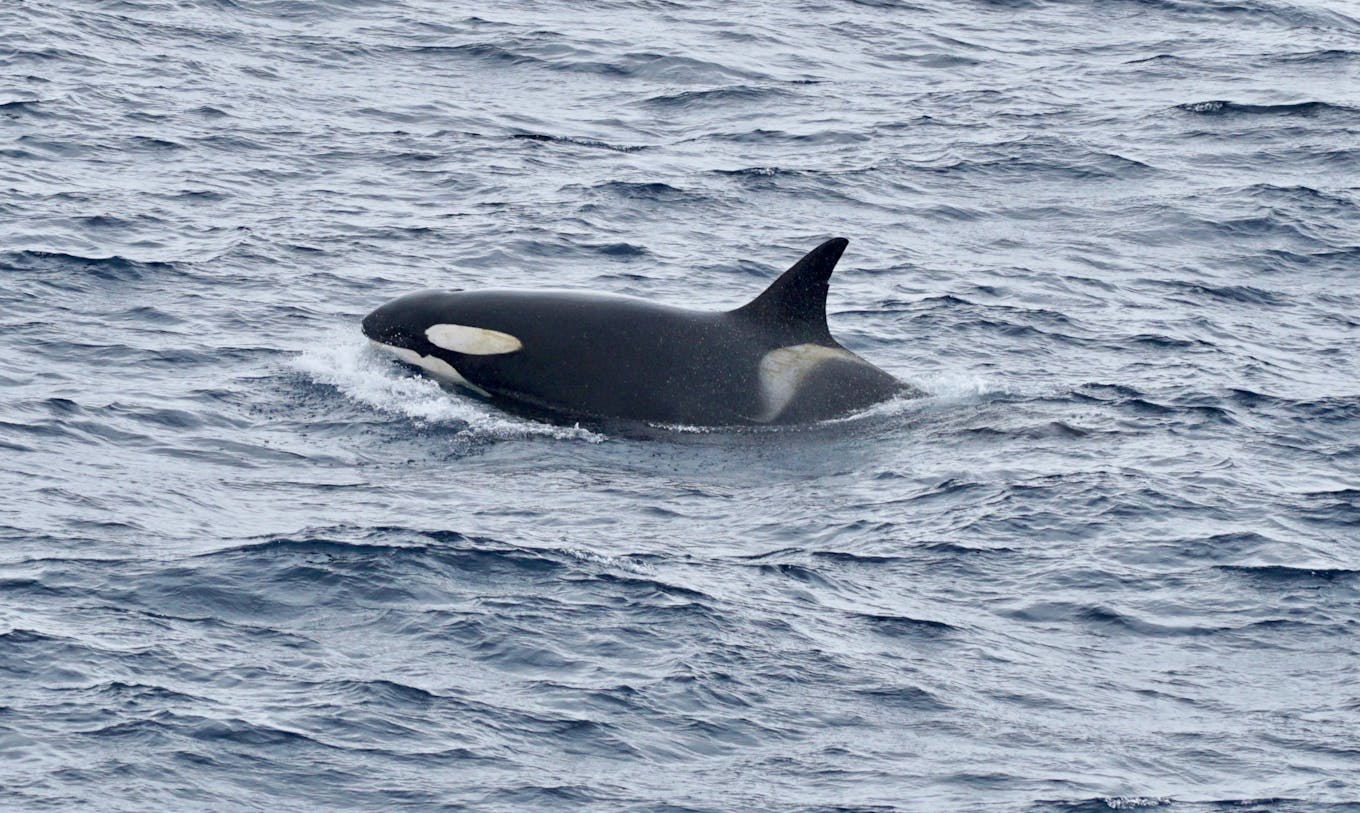 A killer whale surfacing in Antarctica. A nick on the dorsal fin and markings on its saddle patch can be used to identify this individual.

What’s one fun fact about whales?

Whales also go through menopause! In the Pacific Northwest, resident killer whales live in a complex matriarchal society. A grandmother killer whale has an extremely important role in leading her family group and ensuring the survival of her grandkids. Latest research has shown that grandmother killer whales who have gone through menopause have more time and resources to share with their grandkids. This gives young killer whales a higher chance of survival as these grandmothers are likely to carry with them vital information about food resources and are more effective helpers compared to other older females that have their own calves to look after.