Scientists from Australia and Malaysia have found a sugar with many reported health benefits present in the honey produced by five species of stingless bees. The finding could lead to increased interest from consumers.

In a discovery that could create conservation-friendly business opportunities in the Asia Pacific region, scientists from Australia and Malaysia have found a sugar with many reported health benefits present in honey produced by stingless bees.

The researchers tested honey from five stingless bee species—two Australian, two Malaysian and a Brazilian species—and found that up to 85 per cent of their sugar is a rare sugar called trehalulose.

Trehalulose has a low glycaemic index, which means it is good for diabetics. It is also acariogenic, which means it does not cause tooth decay, said associate professor Mary Fletcher, an organic chemist at the University of Queensland and one of the authors of the new study.

This is the first time that trehalulose has been found as a major component in any food. The sugar in stingless bee honey was previously thought to be maltose.

The study validates the wisdom of Indigenous people, who have long known that native stingless bee honey has special health properties, Fletcher said.

The finding is expected to make stingless bee honey more attractive to consumers and lead to increased industry production.

“Stingless bees are kept in small hive structures and propagated by beekeepers, so the collecting of stingless bee honey doesn’t negatively impact on native diversity of these species. In Australia it is already popular for individuals to keep stingless bee hives in their backyard as pets and for pollination,” Fletcher told Eco-Business. 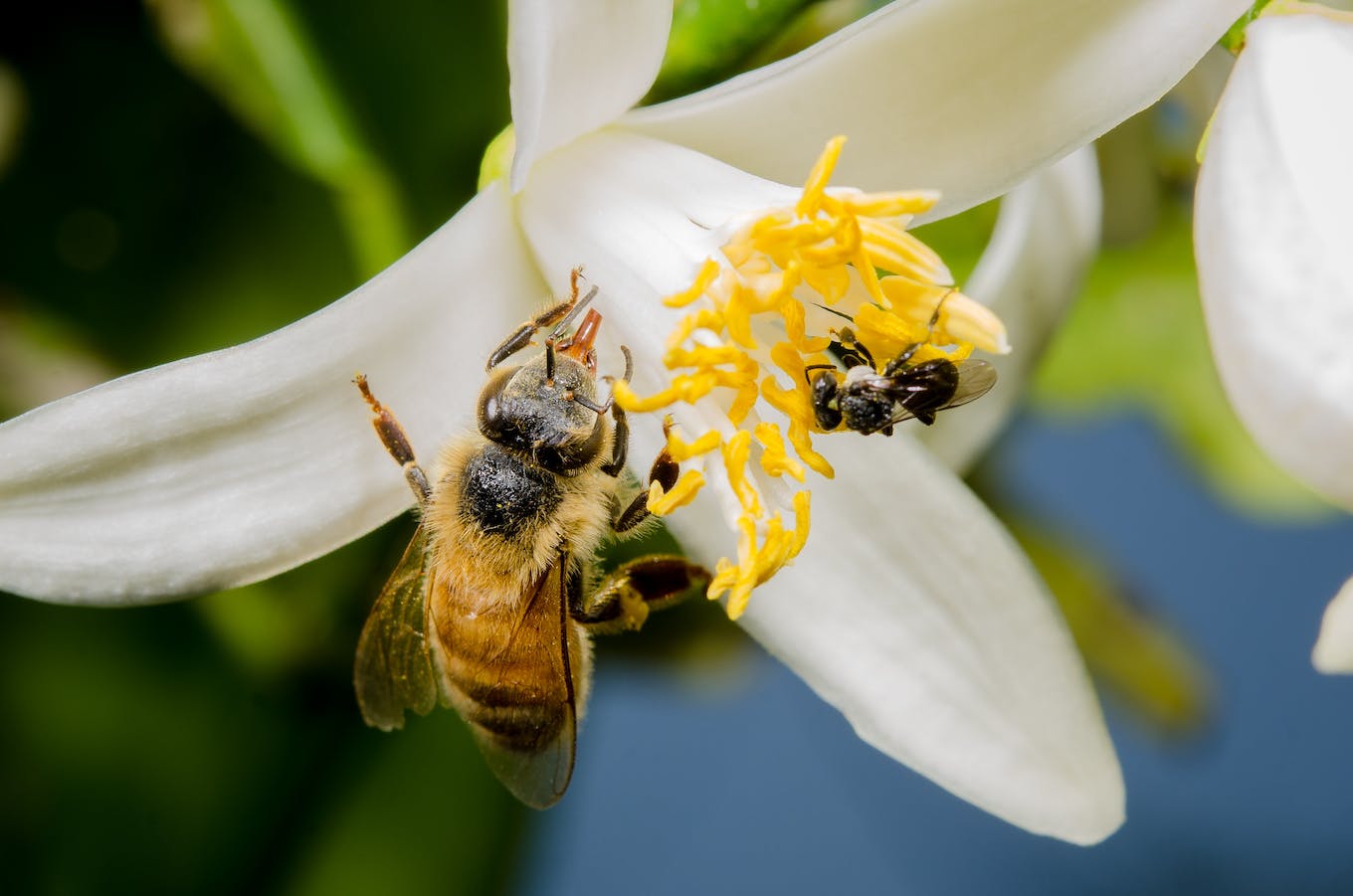 Stingless bees are much smaller than honeybees. Image: Tobias Smith, University of Queensland

Stingless bee or Meliponini honey sells for around A$200 (US$144) per kilogram (kg), which is costlier than average, and comparable with premium Manuka and Royal Jelly honey, she said.

Stingless bees are much smaller than honeybees and produce smaller quantities of honey. Their honey currently makes up a “very small” percentage of the honey sold worldwide, the bulk of which is from honeybees, said Fletcher.

A way to eradicate poverty

Pollinators are vital to food production, but are on the decline in many parts of the world due to the use of pesticides, pathogens as well as pests.

Even before the study was published, Malaysia had been eyeing the growth of stingless beekeeping due to its potential as a stable and sustainable source of income for its people. Stingless bee honey is called kelulut in Malaysia and is farmed by an estimated 750 to 1,000 people in the Southeast Asian country.

In a 2018 study, Malaysian researchers estimated that stingless beekeeping could potentially generate income of RM5,000 (US$1,193) or more per month for farmers, and help eradicate urban and rural poverty.

“It is an important income-generating activity with high potential for improving incomes especially in the fruits and pineapple plantations and to rural farmers’ bordering tropical forest reserves.”

Dr Mohd Mansor, who is now an industry representative, said beekeeping is promoted in Malaysia as an additional income source for rubber and palm oil smallholders that can keep them out of poverty when prices of the commodities are low. He was not involved in the University of Queensland study.

Stingless bee honey can cost up to RM800 per kg after processing, said Dr Mohd Mansor, who is involved in beekeeping at Mersing Bee Farm in Johor in Malaysia. Unprocessed stingless bee honey is selling for about RM350 per kg, higher than honey from the Apis mellifera honeybee, which is selling at RM200 per kg.

Challenges that beekeepers face include competition from fake honey, which is honey adulterated with cheaper substances such as corn syrup, he said.

Stingless beekeepers also experience huge deviation in yield, with some producing up to 1.2 kg per hive per month, while others produce as little as 300 grams per hive per month. This is a challenge that requires more research and better hive management to overcome, he said.

There are over 500 species of stingless bees in the world’s tropical regions including Africa, Asia, Australia, Melanesia and the Americas, said Fletcher.

And while trehalulose has been reported to have antidiabetic properties, which seem to be related to similar claims about stingless bee honey, human trials are needed to validate these antidiabetic claims, she said.

Going forward, Fletcher plans to investigate the conditions that affect the percentage of trehalulose present in the honey. In the study, it ranged from 30 to 85 per cent of the sugar present.

In a new year-long project that began last month, Fletcher and her colleagues will seek to optimise or standardise the trehalulose content of Australian stingless bee honey. The work is funded by AgriFutures Australia—an organisation largely funded by the Australian government—and supported by the Australian Native Bee Association.