Clime Capital, which manages the Southeast Asia Clean Energy Facility, will be funding electric mobility start-up Oyika, in a move to back Southeast Asia’s shift towards sustainable transport.

Singapore-headquartered fund manager Clime Capital, announced today that it will be investing US$1 million in electric mobility start-up Oyika to ramp up the growth of electric motorbikes in Indonesia, with the long-term goal of promoting sustainable transport in Southeast Asia.

Through the Southeast Asia Clean Energy Facility (SEACEF), Clime Capital aims to convert half of Indonesia’s 130 million petrol motorcycles to electric power, which would be equivalent to closing three coal-fired power plants or adding more than 15,000 megawatts (MW) of solar capacity to the grid, said Mason Wallick, chief executive officer of Clime Capital.

SEACEF was launched in June last year and is aiming to accelerate the region’s low-carbon transition by providing capital and development support to early-stage clean energy projects. This is the group’s fifth investment.

“We believe that e-bikes are an effective form of economic transport in many locations where internal combustion bikes are currently used, like Indonesia. This is a signalling of a growth market for e-bikes, but also of electrification of the transport sector as a whole,” Wallick told Eco-Business.

“We expect to soon complete another investment tied to the electrification of transport in the Philippines and Vietnam. This trend should be just the beginning in Southeast Asia.” 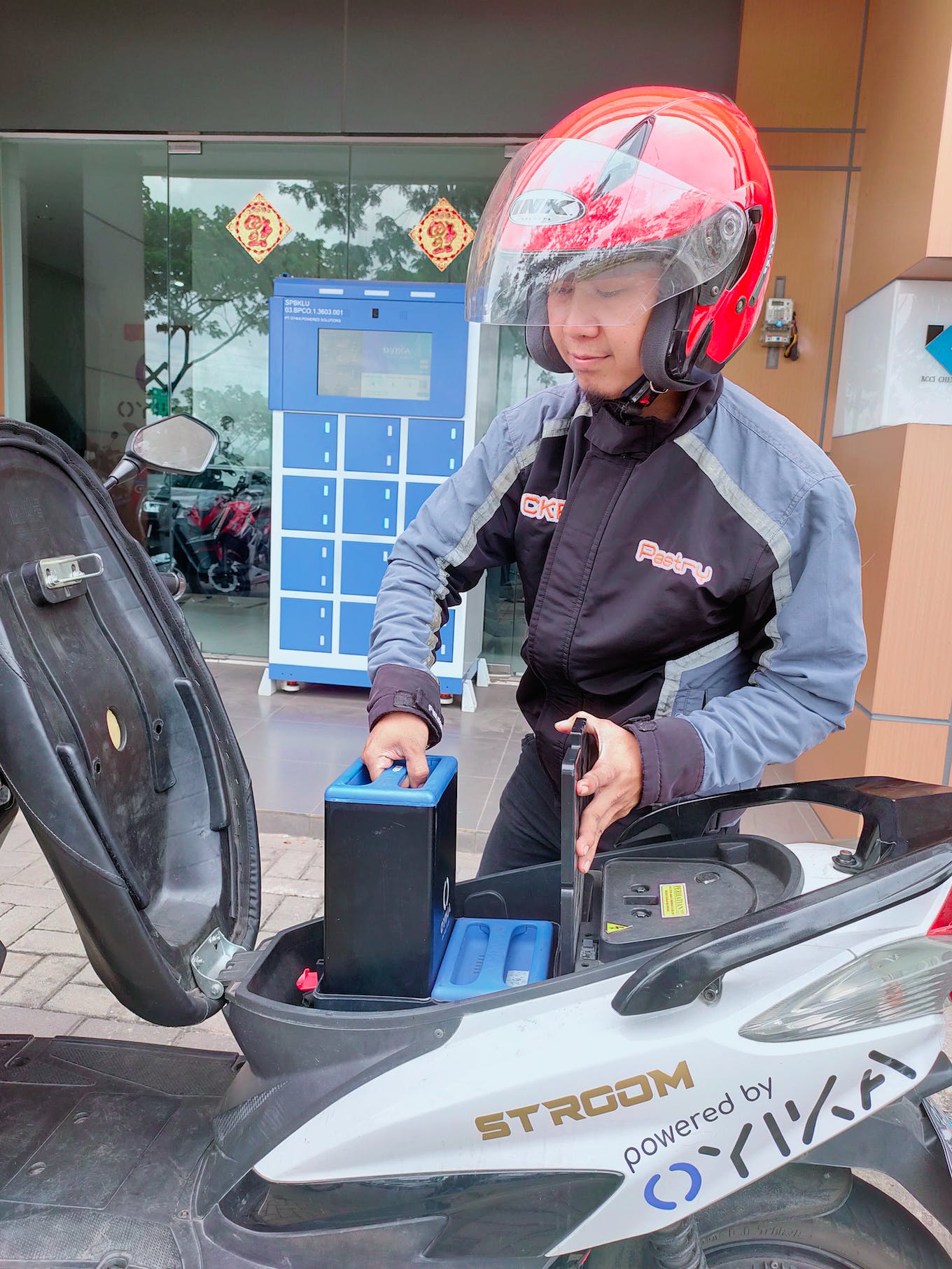 A driver prepares to swap the depleted battery in his electric motorbike for a fully-charged one at a swap station. Image: SEACEF

The shift to electric transport is fast accelerating in the region, especially for electric motorbikes. The bulk of Indonesia’s 15,000 registered electric vehicles (EVs) as of 2019 are bikes, with the government pledging to sell only electric-powered cars and bikes by 2050.

The Philippines’s latest available data showed that it has about 12,000 registered EVs, nearly all of them composed of motorbikes or tricycles. In Vietnam where about half of the population owns motorcycles, private enterprises have promoted electric scooters, with domestic car manufacturer VinFast selling 50,000 electric motorbikes in 2019 alone.

Apart from spurring the growth of electric motorbikes, capital from SEACEF will fund Oyika’s battery share concept, which allows an e-motorbike rider to swap his leased depleted battery for a fully charged one at a swap station.

Instead of topping up petrol at a kiosk when the vehicle runs out of fuel, the rider is now topping up on stored power, providing Indonesians with affordable options to transition from traditional petrol motorbikes to electric motorbikes at no upfront cost.

The SEACEF investment will also be funneled into using Oyika’s mobility as a service (MaaS) platform in the Indonesian capital of Jakarta.

Jakarta, the world’s third largest metropolis, has been operating MaaS as a solution to ease transport congestion for its 30 million residents since April. MaaS is an emerging technology which uses a joint digital channel to enable users to plan, book, and pay for multiple types of mobility services, steering away from personally-owned modes of transportation and towards mobility provided as a service.

“We work with motorbike manufacturers and are brand-agnostic. Oyika’s swappable batteries work with most electric motorbike brands and models in Southeast Asia,” said Jinsi Lee, chief executive officer of Oyika.

“By offering battery swaps bundled with an electric motorbike via a power subscription plan, much like a telco plan bundling data and calls with a mobile phone, we lower the barriers to EV adoption in Indonesia and Southeast Asia.”