Siemens Energy senior vice president: gas is a 'stepping stone' before adoption of renewables in ASEAN

Brian Byrne, senior vice president of Siemens Energy in Asia-Pacific speaks to Eco-Business about the importance of improving energy efficiency, the challenges of satisfying racing demand for power in Asia and the promise of green hydrogen.

As nations try to rebound following the seismic shocks caused by the Covid-19 pandemic, Asia has largely relied on coal to fire-up its economies. Asia’s energy transition has been lethargic and continues to sit in tension with ballooning growth in demand driven by increasing prosperity and population growth which is producing almost 250,000 new consumers every year.

Southeast Asia as a whole now accounts for more than half of global energy demand. All of the major economies in the region continue to rely on coal and as a result, most of the growth in emissions seen over the past two decades has come from Asia. China alone accounts for close to 30 per cent of emissions.

China is aiming to phase down coal use from 2026 as part of its efforts to slash greenhouse gas emissions, meaning that its consumption will reach a peak in 2025. Chinese President Xi Jinping also has pledged to bring China’s emissions to a peak before 2030 and make the country “carbon neutral” by 2060. India aims to have around 60 per cent of its installed electricity generation capacity from clean sources by 2030, mainly by increasing the use of renewables. 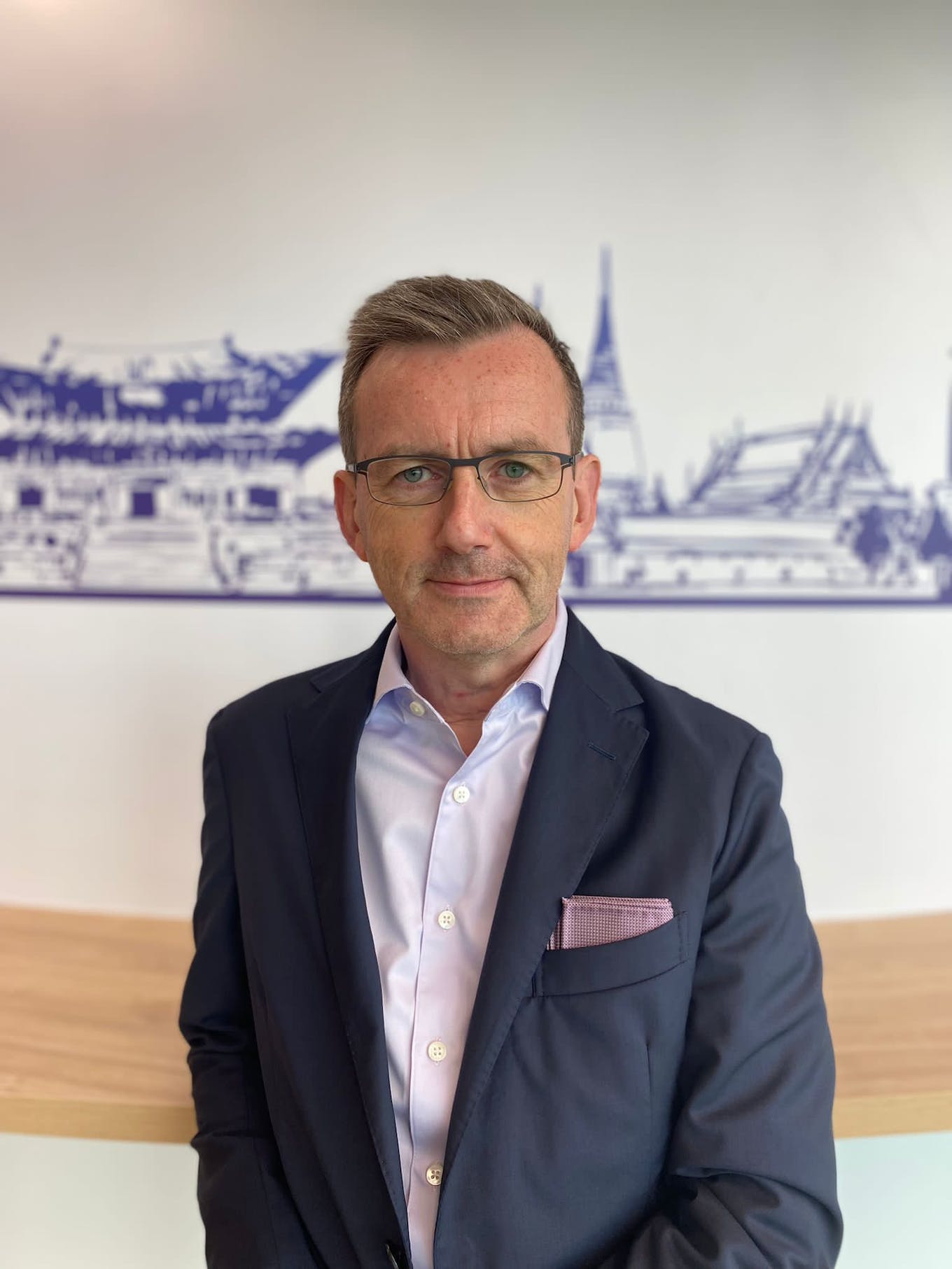 An enabling environment and political will is crucial to ensure that countries in Asia transition away from polluting energy sources, Brian Byrne, senior vice president of Siemens Energy in Asia-Pacific told Eco-Business in an interview. In the near term, gas is likely to be the stepping stone to the wider uptake of renewable energy, Byrne said, making the efficiency and decreasing cost of technology all the more important to drive down emissions.

What are your projections for Asia-Pacific in terms of energy demand growth?

This particular region, for many years has been the growth engine for the global economy. If you look at the overall global energy demand, which is rising about 4 per cent this year, 70 per cent of that originates here in Asia Pacific. The difficulty with Asia Pacific is that a substantial proportion of that is driven primarily by fossil fuels. India and Indonesia, in particular, have a significant proportion of energy demand satisfied by coal. While we [Siemens Energy] announced late last year that we no longer support new coal plant builds, we will continue to support existing customers, particularly when it comes to efficiency improvements.

In the short to medium term, gas in this region will become more prevalent as a stepping stone, an intermediate technology prior to the full scale adoption of renewables. It [gas] is still a very important fuel, particularly as it should mean the retirement of more coal plants overall. We are also looking further ahead at renewables and grid integration, which is particularly important, as is systems integration overall, for the stable delivery of power.

What will be the biggest barriers to eventual decarbonisation in Asia Pacific?

I think fundamentally, that growth in energy demand does mean that governments in particular are struggling to keep up. The improvement in efficiency plays a tremendous role in this. As efficiency improves, the demand for generation lessens to some corresponding degree.

Decarbonisation in Asia Pacific is an uphill battle.

Particularly on the topic of hydrogen, Korea, Japan, and Australia are thinking perhaps 10 to 15 years ahead of what adoption of this technology would look like. That’s a great example of that kind of forward thinking. Singapore is similar with their forward-looking plan, but for slightly different reasons due to its geographical constraints. There is already a plan to look at importing green energy from neighbouring countries. In other countries like Indonesia, for example, where they have a large installed coal base, we can see that newer installations tend to be smaller and tend to focus on distributed or decentralised power, or hybrid plants incorporating several different generation technologies with a smaller carbon footprint than the existing one. Achieving decarbonisation in Asia Pacific is an uphill battle and will take some time for us to get there, but we are hopeful that it will happen eventually.

How are you managing the balance between sustainable, but more expensive technology, and client pressure to keep their operations reliable at the best possible price?

Our services or products need to be sustainable, affordable, and reliable, which is not easy to achieve in practice, of course. One of the overlooked things in terms of reliability is not just the generation source, but also the whole grid infrastructure around that, which is one of the main barriers to wholescale adoption of renewables. Grids are typically set up to support very large baseload coal and gas plants. In some cases, when you introduce smaller dispersed plants, it impacts grid stability and grid reliability. This is one of the areas we focus on, particularly in this region.

For the question of affordability, we can look at the historical trends for adoption of different technologies. Take the adoption of solar for instance – the cost of solar from the seventies to now has reduced significantly to its highly competitive price tag of US$1 per kilowatt hour, despite facing initial challenges related to storage and intermittency. [Green] hydrogen production will follow a similar trend. The cost to produce an electrolyser to produce hydrogen has dropped by about 60 per cent over the past decade or so, and is forecasted to drop another 30 per cent in the next few years. Advances in technology coupled with government intervention to scale up hydrogen production will be key to significant improvements in cost and help make hydrogen a much more viable and competitive source of energy to electrify the whole energy ecosystem. This is also why we are particularly excited about hydrogen.

How does operating in emerging markets in Asia differ from the more advanced economies?

The European Union in particular has been vocal, active and interventionist in setting energy policy and you begin to [appreciate the degree] of intervention that was necessary to shape the transition in Europe, that’s been lacking to date in this part of the world. If you look at the Asia Pacific region, you see a fragmented grid structure, there is very little, if any, interconnection between different countries, and that’s not true in Europe. This is an area only possible to rectify through government intervention. There’re lots of opportunities in the region but that kind of support and that drive and push to change things is important.

The sustainability of value chains, minerals in key components such as batteries and solar panels are coming under greater scrutiny – what are the steps you are taking as a company to ensure that your supply chains are sustainable?

Siemens Energy has its own code of conduct for every employee to be responsible of business partner selection and supply chain management. We also have processes to back that up, so we have a comprehensive supply chain process in place and policies related to vendors appointment. It ranges from where they source their raw materials to how production is carried out and under what circumstances, all the way up to how we interact with some of those suppliers, particularly from a health and safety perspective as well. We do look across that whole range of activities where we interact with suppliers, we conduct audits and maintain close cooperation with our vendors to make sure they understand what we expect from them.

There’s also an element of recycling in here. It isn’t just the upstream portion, it’s the downstream portion as well. Our sister company, Siemens Gamesa recently announced the launch of the world’s first recyclable wind turbine blades. The topic of sustainability itself has been specifically earmarked by our chief executive, Dr Christian Bruch, in Germany, as one of the success criteria that we’ll all be judged on across the whole company. This relates to how we perform, what improvements we’ve made, and what difference we made overall compared to the past and compared to our peers.

What are the sort of innovations that you’re particularly excited about?

I’ll give you one example of how things could work. In Chile, for example, we’re building the world’s first integrated, commercial, industrial-scale hydrogen plant for making synthetic fuels. Another example from APAC is in Australia, where the country has hit its first milestone for a renewable gas project.

Looking at these examples, personally, I think hydrogen is particularly interesting and the way forward. The development of these silos of technology, coupled with some of the policies that we’ve seen from governments in this part of the world offers tremendous potential. It’s interesting because we can look at Australia initially as the supply base for hydrogen produced via wind or solar. And then we can look at Korea and Japan as the demand side where policies are put in place to make a significant difference overall to decarbonisation. As for hydrogen production, our Silyzer solution is able to produce hydrogen through Proton Exchange Membrane (PEM) electrolysis and it can make the whole process entirely renewable. Just earlier this month, Siemens Energy announced our partnership with Toray Industries to advance the production of green hydrogen from innovative PEM water electrolysis using renewable energy sources. The resulting green hydrogen can not only be used for large-scale power generation and other electric power applications, but also for sector coupling such as heat, transport, and industrial applications.