The former Reuters journalist joins as the plant-based meat company awaits regulatory approval to sell its products in the world's biggest meat-eating country.

Impossible Foods has hired Kitty Bu as head of engagement for China.

The California-headquartered company, which makes meatless burger patties using a special ingredient made from genetically-modified yeast, is awaiting regulatory approval before it can sell its products in China.

Last year, Impossible Foods signalled its intention to sell plant-based pork in China, the world’s biggest pork-eating country, where it will compete with alternative protein brands that already have a Chinese presence, including Beyond Meat, Eat Just and Green Monday.

She comes on board after two years with European Climate Foundation (ECF), where latterly she was global renewable energy lead, based in Singapore. 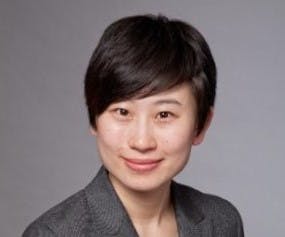 She has also worked as an independent television presenter and producer, and documentary maker, and started her career as a TV reporter for Reuters News, covering Chinese business, economics and society.

Impossible Foods established a foothold in Asia in 2018, when it launched in Hong Kong and Macau, its first international markets, and later in Singapore. But China, which consumes three times as much meat as the United States, would be the prize market for Impossible Foods, which is on a mission to remove animals from the human food chain by 2035.

Founder Pat Brown has called Asia the company’s most important strategic market, as meat-eating is growing faster in the region than anywhere. He has also predicted that China would become Impossible’s number one market within a few years of launching in the country.