Safety concerns post-Fukushima are being downplayed by nuclear advocates. They point to the ‘zero-incident record’ of Shenzhen-based Daya Bay Nuclear Power Station as proof that nuclear production can be well-managed.

Hong Kong’s power sector is bullish about the prospects of adding more nuclear to its energy mix and it is not hiding it.

CLP is the only electricity producer in Hong Kong that currently owns a stake in a nuclear power station. Nuclear imports from its joint venture at Daya Bay, in the bordering mainland Chinese city of Shenzhen, with partner China Guangdong Nuclear Power Holding, provides about 15 billion kilowatt-hours of electricity to Hong Kong, meeting 25 per cent of the city’s electricity needs.

“Nuclear energy is not subject to the volatility of international fuel prices, and its price has been very competitive. We hope we can bring in more through regional cooperation,” he said, adding that without such nuclear imports, Hong Kong’s carbon emissions would have increased by about 20 per cent a year. 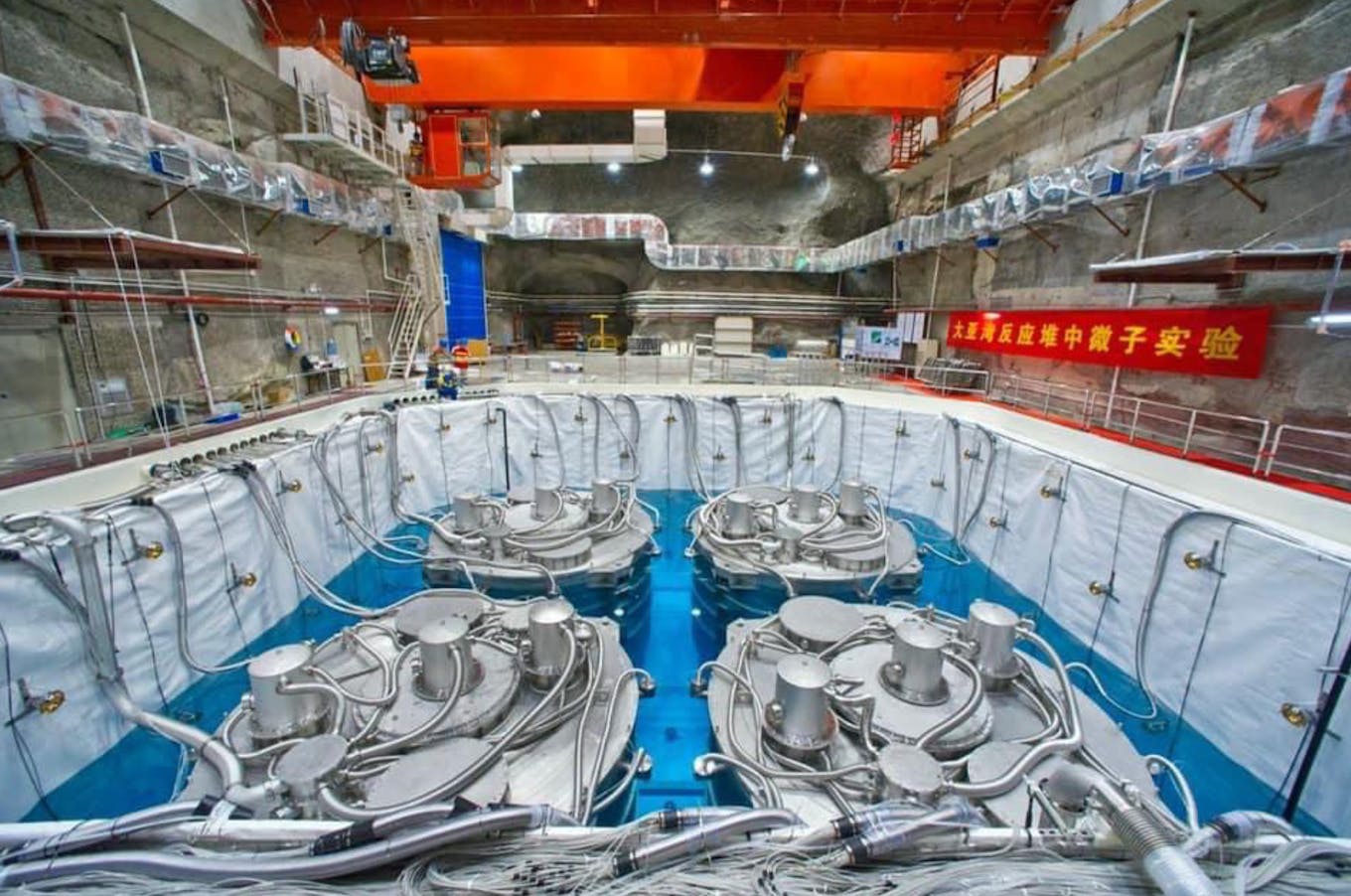 Densely-populated and with a hilly terrain, Hong Kong has always been constrained in its pursuit of scaling up wind and solar generation. Prior to the Fukushima nuclear disaster in 2011, Hong Kong’s government had introduced goals to get 50 per cent of the city’s fuel mix from nuclear sources by 2020. The goal was reevaluated following heightened public concern about harmful nuclear waste and radiation, and in 2014, the government announced that Hong Kong would half its initial target, aiming to source one quarter of its energy from nuclear sources.

Nuclear energy currently accounts for about a third of CLP’s fuel mix in Hong Kong. The electricity multinational has periodically conducted feasibility studies to look into expanding into other nuclear ventures. It has committed to achieving net-zero greenhouse gas emissions across its value chain by 2050.

Nuclear energy is not subject to the volatility of international fuel prices, and its price has been very competitive. We hope we can bring in more through regional cooperation.

“As the first commercial nuclear power plant of this kind built in the Chinese mainland, it has set a high bar for the domestic nuclear power industry, while playing a key role in providing the much-needed electricity supply for regional economic development and effectively reducing carbon emissions at an unprecedented level,” wrote the Global Times, a mouthpiece of the Chinese Communist Party. The publication also highlighted that the plant “achieved full marks” in the 2020 World Association of Nuclear Operators index benchmarking.

Luk believes that with frequent risk assessments being carried out and technology upgrades, nuclear plants can run safely. He cited the non-failure of the Onagawa nuclear power station during and after the 2011 Tohoku earthquake and tsunami as a learning lesson, that with a strong safety culture and risk reduction measures in place, nuclear disasters can be avoided.

The Onagawa nuclear power station had then served as a shelter for evacuees during the disaster. The Fukushima Daiichi nuclear power plant, on the other hand, confronted severe core damage in three of its nuclear reactors and suffered a meltdown.

“The Fukushima incident naturally had a severe impact on public confidence in nuclear energy, but while there is a lot of focus on that, few people remember or mention the successful survival of the Onagawa plant,” said Luk. “Over the years, the industry has upped its safety standards and helped to rectify the problems that were highlighted by the Fukushima disaster.”

Luk is advocating for a boost in the share of nuclear power in Hong Kong’s fuel mix. “The Hong Kong government should talk to the central government in Beijing, to allow investments in new nuclear power plants on the mainland by Hong Kong utilities.”

In April this year, Beijing approved the construction of six new nuclear reactors. It has over the course of the past year revealed the extensive scope of its plans for nuclear, an ambition with new resonance given the global energy crisis and its own carbon neutrality targets. Media reports state that it is planning at least 150 new reactors in the next 15 years, more than the rest of the world has built in the past 35 — an effort that could cost as much as US$440 billion.

Environmentalists fear the ever-increasing commercial pressure to expand the nuclear power sector means not enough attention is being paid to safety. Hong Kong is in close proximity to more than 25 reactors, spread across the Guangdong province. In June last year, unusual activity at the Taishan Nuclear Power Plant drew international attention, when one of two French companies involved in its operations sought help from the United States, citing an “imminent radiological threat”.

The Taishan reactor is located 135 kilometres west of Hong Kong. The Chinese government had then said that no abnormal radiation was detected outside the plant.

Worldwide, nuclear power is gaining momentum, causing concern. Last week, European Union lawmakers voted to allow nuclear energy to be labelled as green investments, removing the last major barrier to potentially billions of euros of funding from environmental investors. Critics are calling the move “greenwashing”. There are currently no permanent sites that allow for the safe disposal of radioactive waste.

In the long term, Hong Kong will also be looking at opportunities to repurpose its current energy infrastructure for hydrogen generation. Electrification across every industry needs to intensify and Hong Kong cannot just rely on solar and wind, which only generates about a quarter of its power needs, said Peter Thompson, East Asia’s energy business leader for British professional services firm Arup.

“Whether it is nuclear or hydrogen, the next 20 years for Hong Kong would be about embracing the Greater Bay Area and becoming more integrated with mainland China. It is needed to secure the energy we need to take us forward,” said Thompson. The Greater Bay Area refers to the Chinese government’s scheme to link Hong Kong, Macau, Guangzhou, Shenzhen, and seven other Chinese cities into an integrated economic and business hub.

CLP recently put an undisclosed sum into an energy fund dedicated to backing energy innovation in the Greater Bay Area. The move is designed to help the electricity provider access emerging technologies and investment opportunities in the region and ensure its long-term sustainability.