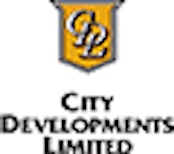 A busload of visitors have been visiting Singapore’s City Square Mall at Kitchener Road this week - not to shop for gifts to take home, but to find new ideas for green buildings.

Instead of window shopping for the latest fashions, the visitors perused a broad range of eco-friendly features, from passive design features that naturally maximise lighting, air flow and shading, to high-tech solutions that increase energy efficiency and save water.

Singapore’s first eco-mall was one of several destinations that the Republic’s Building and Construction Authority (BCA) had earmarked for delegates who are in town for the International Green Building Conference (IGBC).

This week’s green building conference in Singapore, a three-day summit that includes the BEX Asia building exhibition at Suntec Convention Centre, has attracted roughly 8,000 experts from around the world, some of whom took the opportunity to view a few of the country’s most notable green buildings on tours arranged by BCA - the agency that runs Singapore’s green building certification scheme.

The 30 visitors did not have to look hard for signs of the mall’s eco-friendly theme. Evidence is everywhere, from the tropical rainforest-inspired sculpture in front of the building to the murals depicting different eco-systems on each of the building’s 11 storeys.

A spokesperson for City Square Mall told Eco-Business the prominent eco-living messages throughout the facility help reinforce the positioning of the mall as Singapore’s first eco-mall. He said that some people visit the mall just to bring things they want to recycle.

Launched in March 2010 by property firm City Developments Limited (CDL), the mall was the first in Singapore to integrate an urban park on its site to be used as an ecologically-themed venue for community activities and to provide open space for recreation. Called ‘City Green’, the park has a playground made from environmentally-friendly construction materials, a butterfly garden, a wide variety of plants and ecologically themed artwork and signs.

City Square Mall said one of the most popular features for shoppers is the Eco-Playground located in the park. According to a Facebook poll they conducted recently, the Eco-Playground topped the list amongst the mall’s other green features.

A green roof that integrates solar panels, rainwater collection, and plants is the hallmark feature of the park. Under the roof is an open air basement area with a water fountain and, occasionally, a stage for community events. In an otherwise sweltering space, CDLinstalled a solar-powered natural cooling system using the combined effects of the fountain, a vertical green wall and a large fan.

The City Square Mall tour guide – the mall have given tours to over 15,000 school children and 500 green building professionals as part of its outreach - said that events at the fountain area draw crowds of several hundred people.

At that rate, CDL will recoup the money it spent on added green features – about five per cent of overall costs – in about four years.

Some of the developer’s added cost items included double-glazed windows that allow maximum natural light while blocking much of the sun’s heat, rainwater harvesting systems, motion detectors to keep led lights and escalators on minimal power when not in use and a state of the art air-conditioning system.

CDL planned these and other green building features from the beginning of the design stage, a strategy that has won multiple awards for the mall, including the 2008 Cityscape Asia Real Estate Award for best developer in the retail sector, and BCA’s first platinum award for a mall.

But it is not only the physical features that earned the awards or the attention from green building experts; City Square Mall was built to unite a mini-community of vendors, families and other visitors around a unifying theme of eco-friendly living.

Several measures are in place throughout the mall to encourage sustainable living.

Visitors who come to join community events or to shop at the mall’s 200 shops, need not worry about finding environmentally-friendly transport. The mall is linked to public transport systems, and for visitors driving green cars, the car park has electric vehicle charging stations and designated parking spots for hybrid cars.

Once visitors arrive, they see prominently displayed recycling bins, and a built in waste system that separates organic and inorganic waste.

They also see one of Singapore’s first eco-food courts. While all managers of the food venues at City Square Mall are actively encouraged to take up green practices, the food stalls at the Kopitiam basement food court have gone the extra mile by achieving certification through a BCA Green Mark programme for sustainable food courts. The certification recognises sustainability measures such as installing energy and water efficient fixtures, using eco-friendly packaging, separating food waste and used cooking oil for recycling and supporting customer recycling habits.

Kopitiam’s stall owners are not the only tenants encouraged to go green. City Square Mall said all tenants in the mall receive guidance on using eco-friendly materials and habits. In addition, their electricity and water usage is separately tracked and paid for.

Whether success is measured by energy savings, or retail sales, the City Square Mall has clearly done something right: already the mall sees more than a million visitors per year and has a 98 per cent occupancy rate. That’s evidence that the eco-mall has something for everyone whether they’re looking for a new way to monitor carbon emissions, or a new way to wear their handbag.