More than 60 per cent of the world’s young people live in Asia-Pacific, where calls to protect the environment now ring the loudest.

Water pollution, plastic waste, sustainable agriculture and environmental protection—these were a few concerns highlighted by students at the Youth Ecosperity Dialogue (YED) as the most pressing global problems of their time.

“Even drinking water has become dirty now due to agricultural practices and plastic pollution,” said 21-year-old Myat Thu Mon from Myanmar at the event in Singapore in June. “More than 20 per cent of villages in my country face difficulty finding water that is safe to drink.”

Along with almost a hundred other undergraduates from across Southeast Asia, Myat Thu Mon had spent the last few days in Singapore, engaging with her peers on regional and global sustainability issues.

Jointly organised by Temasek Foundation International and NUS School of Continuing and Lifelong Education, YED brought together students from all the 10 Asean countries, allowing them to learn from professionals working in sustainable development and network with corporate leaders from the Ecosperity conference.

“What challenges do they face as a young person in their country? And how would someone their age from a different background look at the same issue?” wondered Gerald Yeo, senior director of programmes and partnerships at Temasek Foundation International. “We wanted them to have that platform to look for ideas, hear suggestions and alternatives, and then come up with solutions that they can take back to their countries.”

Erick Sombol Keow, a 21-year-old business student from the National University of Singapore (NUS), cited the Impossible Burger, a popular plant-based burger that tastes like meat, as a recent innovation that resonated with him during the Ecosperity panel on food and nutrition.

“It was very interesting given how we’ve talked about corporations and farmers that don’t really employ sustainable methods. If we could find alternatives like the Impossible Burger, maybe we could solve these problems.”

Fellow participant Hui-Ling Ong, a 21-year-old medicine student from Brunei, shared how the YED had exposed her to new, innovative ideas to tackle food security that she hoped would be implemented in her home country.

“We have a growing population, but not a lot of emphasis has been placed on agriculture, so it was interesting to see that even though Singapore is really small, they’ve started developing interesting new forms of agriculture. Maybe Brunei can use our lands more efficiently too.”

Other ideas to emerge from YED came from a session on environmental and food sustainability. One group proposed centralised domes for crop production that would double as centres to control crop production and protect farmer welfare.

Growing cocoa under natural tree cover—known as the shade-grown technique—was also highlighted by the students as a sustainable, environmentally-friendly alternative to cleared crop farms that damage biodiversity and commonly rely on chemical fertilisers.

According to a study by World Economic Forum (WEF), young people across the planet are most concerned about climate change. In WEF’s Global Shapers Annual Survey 2017, nearly half of all 25,000 people aged 18 to 35 from 186 countries ranked climate change and the destruction of nature as the most serious global issue—above large-scale conflicts and wars.

This sentiment runs parallel to greater efforts by youth to lead sustainability initiatives and address environmental issues in their own countries.

“More young people are trying to be environmentally friendly. My hostel employs a lot of green practices, such as recycling boxes besides the printer and messages not to waste paper,” said Keow of NUS. The students in his hostel also name their dormitory houses after endangered species and have been involved in conservation efforts by taking overseas trips to bring knowledge and awareness of the at-risk animals back home. 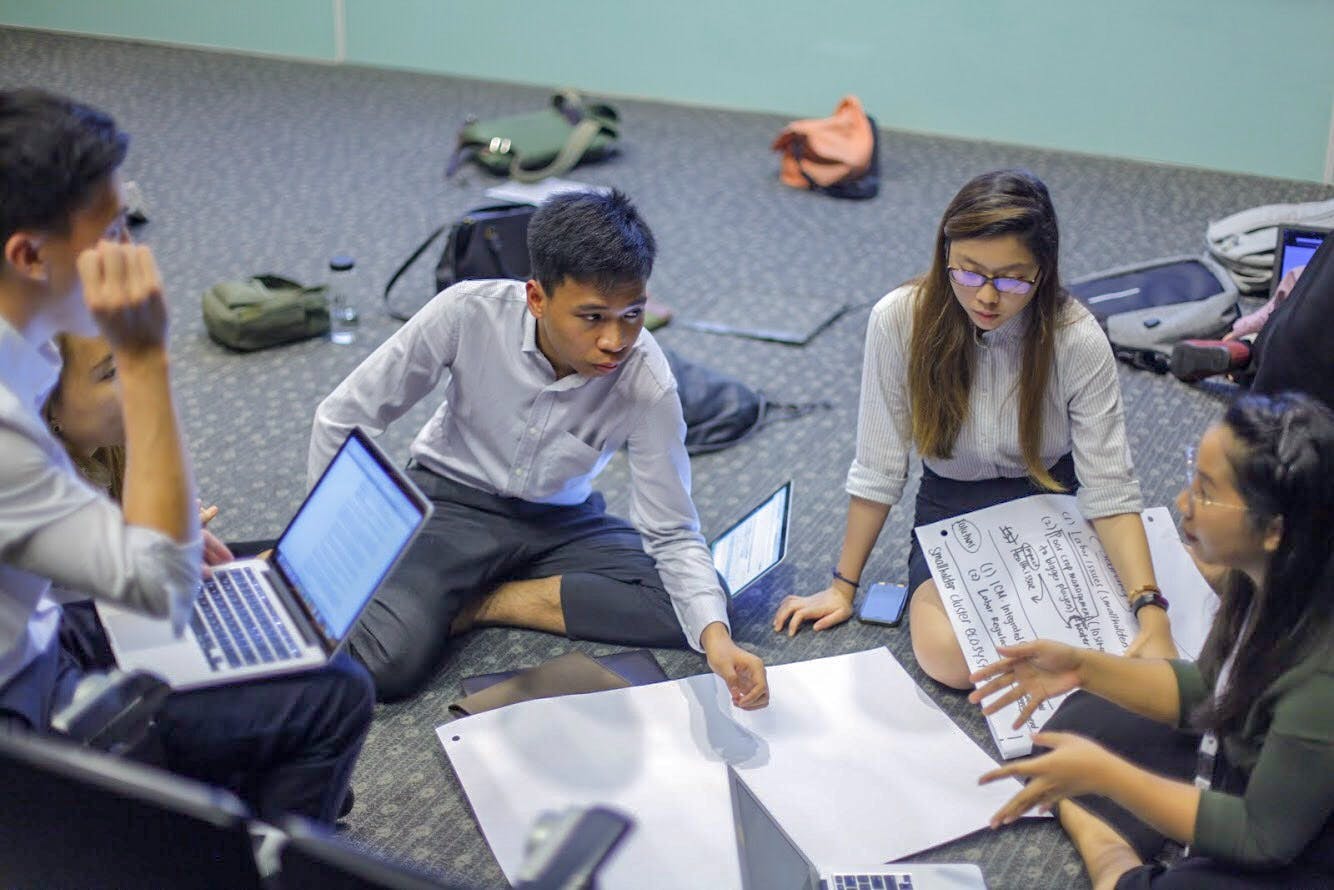 Mirjana Uncanin, an alumna of last year’s youth dialogue, is also spearheading sustainable energy initiatives back home in the Philippines. After returning from Ecosperity 2017, she was inspired to do her Master’s thesis on social enterprises and founded a start-up addressing affordable energy. Uncanin and her friends are currently developing low-cost, high-quality energy solutions that can be fuelled by common household items, such as salt-powered lamps.

“I could not help but wonder how we could make our projects from YED sustainable while pushing for development,” she said. “When I got back to Manila, I researched more on the ideas of sustainability in community-led projects and came across the concept of social enterprises.” Uncanin has also been working with the Asian Development Bank’s Youth For Asia team as a partnerships officer.

“More young people are trying to be environmentally friendly. My hostel employs a lot of green practices, such as recycling boxes besides the printer and messages not to waste paper.”

Today’s consumer culture is shifting gears towards a sustainable future, with young people increasingly steering the wheel. Youth is driving global demand for more sustainable products, and for companies to be invested in responsible behaviour and ethical business practices. The Nielsen Global Corporate Sustainability Report found that seventy-three per cent of millennials, compared to 66 per cent of the general population, would spend more money on brands with a clear and public emphasis on corporate social responsibility.

“I think it should start with big corporations because they have all the resources and they need to be a role model,” said Keow, of big business taking the lead in driving sustainability. 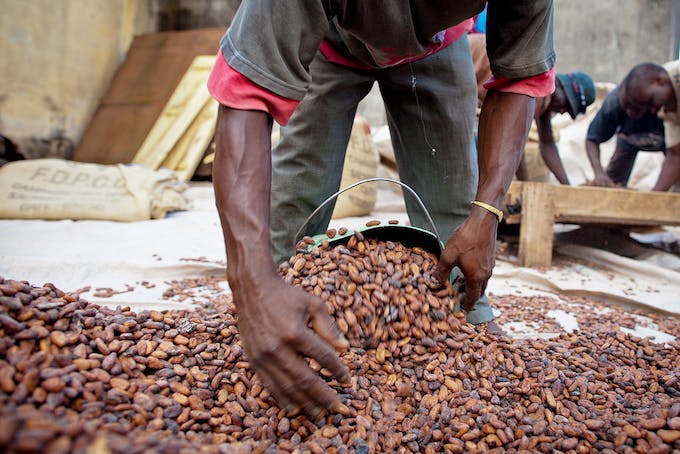 A farmer picks coffee in a plantation in the Lampung province of Indonesia. The poor conditions of coffee farmers around the world have led to demands for fair trade practices and ethically-sourced coffee. Image: CIFOR

“Big corporations employ a lot of people who spend a lot of time at work. Companies need to employ healthy practices so that more people get into the right habits,” agreed Ong.

No other generation has had greater access to information, as well as knowledge of social developments and challenges elsewhere around the globe as today’s youth. The result of this has been a wave of advocacy surrounding ethical business that has swept across Asia-Pacific.

Online movement #WhoMadeMyClothes—which sprang out of the Rana Plaza textile factory disaster in Bangladesh in 2013—calls for greater transparency in the fashion supply chain, and has inspired sustainable fashion labels from India to Australia. Meanwhile, initiatives to end plastic pollution through the introduction of alternatives to plastic such as edible straws have gained momentum in Indonesia and Singapore.

According to Keow, while more needs to be done to plant environmental consciousness in the psyche of young people around the region, “more and more people are changing their mindsets. Companies should change as well.”

What does a sustainable city mean to Singapore's youth?

More Asian firms are selling sustainability—but are consumers buying it?

Companies in Asia are coming up with innovative business solutions to solve the world’s myriad of challenges. But they cannot do it alone. Asia’s billions of consumers need to show that they’ll pay for sustainability.
More Asian firms are selling sustainability—but are consumers buying it?

Why we need to rethink how we produce food

With rapid urbanisation sweeping Asia-Pacific, the food industry is under pressure to feed 4.5 billion people with nutritious food that doesn’t cost the Earth.
Why we need to rethink how we produce food

‘Leave no one behind’: Unleash-ed talents make sustainability more accessible

A thousand young changemakers from all over the world gathered in Singapore to solve global issues. Here's what they came up with.
‘Leave no one behind’: Unleash-ed talents make sustainability more accessible