A dietary shift to meat has intensified farmland air pollution at twice the rate of population growth, a new study has revealed. Cutting meat consumption could help avoid some 75,000 premature deaths annually.

Ask older folks in China, and they’d tell you the Lunar New Year used to be one of the few days there’d be meat dishes on the dinner table.

It’s less than what the average American or Australian eats, but with China’s 1.4 billion population, it’s the largest volume of meat consumed globally. The country both produces and imports meat to keep up with demand.

Scientists have discovered that it’s not just those who eat too much meat who face ill health. People in the poorer agricultural regions in China, who eat less meat, die more from air pollution arising from rearing animals, researchers from Chinese University of Hong Kong, University of Exeter and Peking University discovered.

“This inequality aspect demonstrates an ethical dimension of meat consumption that deserves attention from a public policy perspective,” wrote the researchers in a paper published in global science journal Nature Food.

The researchers found that about 66,000 premature deaths from fine particulate pollution in China in 2010 could be due to increased meat production.

Between 1980 and 2010, meat output rose over five times to 80 megatonnes as domestic demand soared. The paper calculated that over 90 per cent of the higher output came from shifting diets, rather than population growth. Over three decades, China’s population grew by 400 million people.

Rearing animals and growing livestock crops produce ammonia, which comes from fertilisers and animal dung. The gas is a key ingredient in PM2.5 pollution, fine particles less than 2.5 micrometers in width that penetrate deep into the lungs, causing asthma and heart attacks.

Ammonia emissions from food production in China doubled from 1980 to 2010. The dietary shift to meat caused about half of this increase, according to the research. By comparison, China’s population increase contributed to just over a quarter of the increase in ammonia. 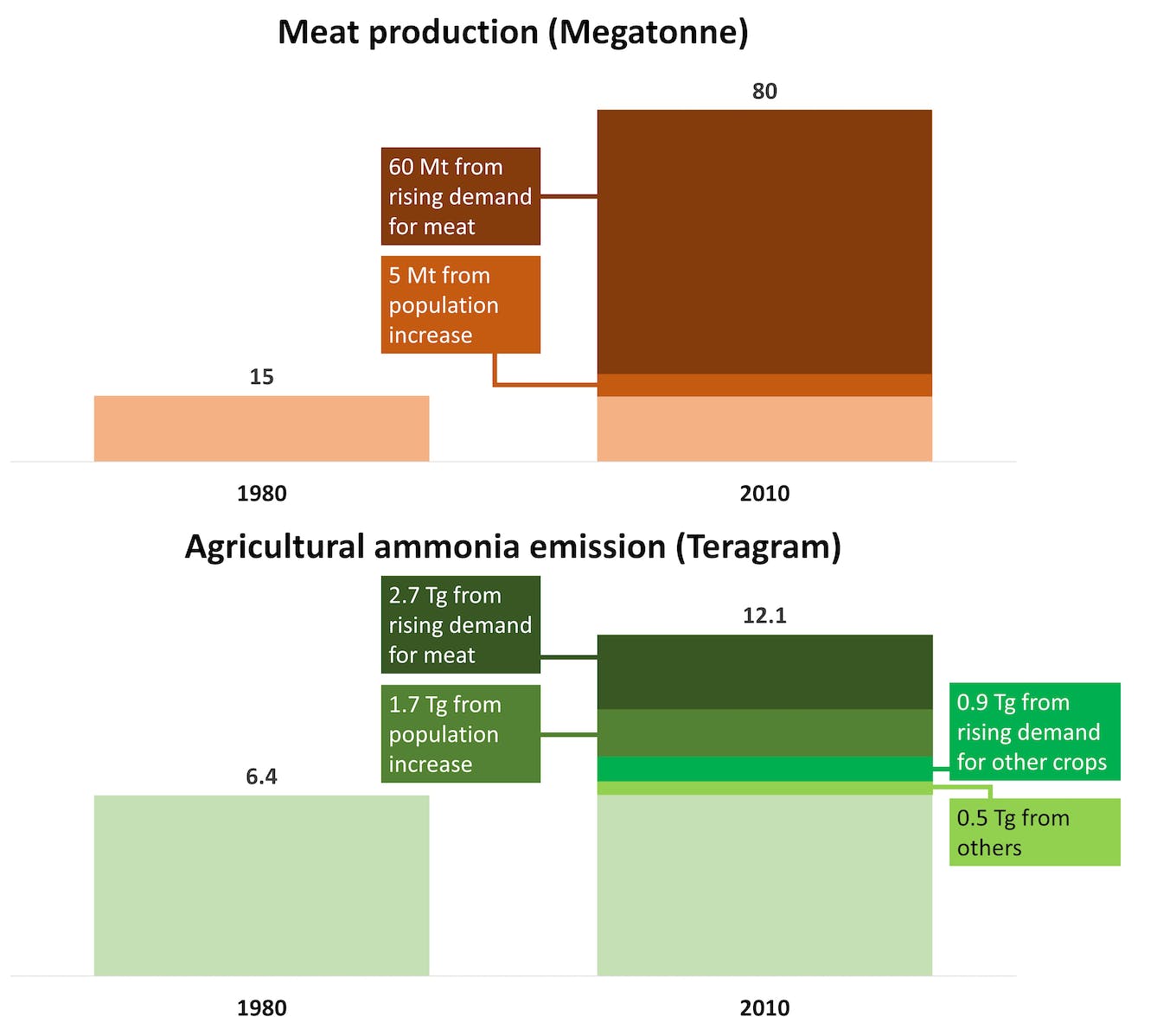 Another 26,000 premature fatalities from PM2.5 pollution in 2010 were found to stem from people’s preference for farming intensive fruits and vegetables, taking the indirect death count from changing diets to over 90,000. That’s about 5 per cent of all premature deaths caused by PM2.5 in China that year — a figure the authors described as “non-negligible”.

The researchers added that agricultural air pollution largely affected the food-producing plains of Hebei and Henan, in Northeast and Central China. These areas are up to three times poorer than the developed coastal cities, while related mortality was up to two times higher.

China’s government has produced a booklet detailing what and how people should eat. In the latest 2016 edition, it called for a carbohydrates-based diet with up to half a kilogram of meat a week, or about 26 kilograms a year — half of what people are consuming now.

The rest of the plate should be filled with fish, eggs, fruits, vegetables and dairy products, the guide said. 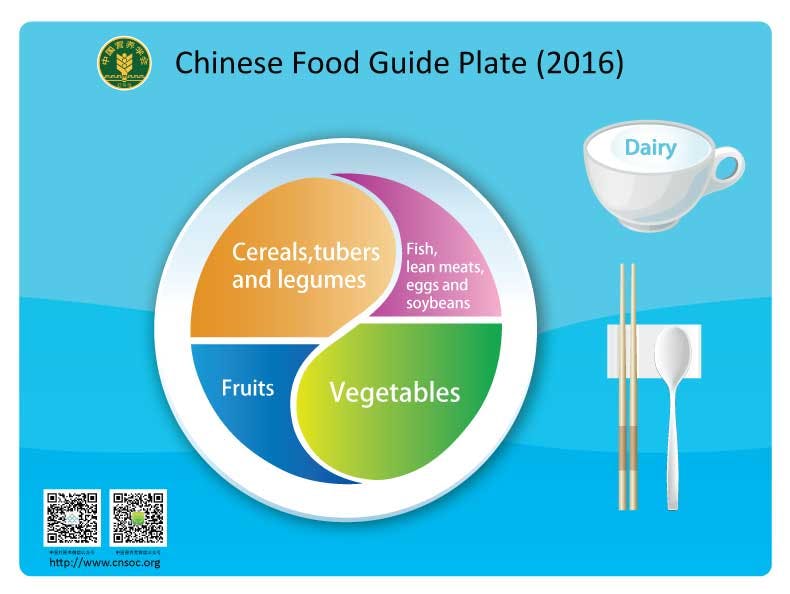 The Chinese University of Hong Kong-led research found that if China’s population followed that guide, about three quarters of the rise in ammonia and PM2.5 emissions from higher meat production in 2010 could be annulled.

The drop would face a minor offset from higher vegetable and dairy production, but about 75,000 lives could still be saved annually from air pollution-related deaths.

What China’s diet means for the world

The country also imports some of its feed crops. For example, it buys almost 100 million tonnes of soybeans annually, from countries like Brazil and the United States, contributing to farmland air pollution in those countries.

The paper also noted that the taste for meat is rising globally.

“The indirect health impacts revealed in our study have implications for any middle- and high-income countries with growing and high meat consumption,” the study’s authors wrote. “Our results underscore the need for a planetary health framework that incorporates sustainable food production and consumption; only then can we simultaneously achieve food security and human and environmental health.”

Professor William Chen, director of the Food Science and Technology Programme at Singapore’s Nanyang Technological University, who was not involved in the study, said similar trends should exist in other countries with traditional farming industries, since ammonia pollution from animal dung will be a common issue.

In the United States, a recent study claims that 80 per cent of nearly 16,000 food-related PM2.5 deaths yearly can be linked to animal-based products, largely matching the results of the China study.

Europe has also warned of rising ammonia emissions from agriculture. Countries like Belgium and Netherlands encourage their people to eat less meat.

Chen suggested a nudge towards more diverse food sources, including plant-based proteins. But he conceded that it may be more difficult in Asia.

“Eating meat is a reflection of affluence; it’s a sign of social status in Asia,” said Chen.

Chen added the study contributes to the understanding of how food production impacts the environment, along with methane emissions from rice fields and deforestation.

At the recent COP26 global climate summit, several countries pledged to update their agriculture policies. The United Kingdom committed about US$760 million towards protecting forests and helping farmers in developing countries clean up food production.