Conservation vs concrete: the fight to save New Zealand's Pakiri beach

Auckland's biggest sand supplier wants to expand its dredging operations, but local communities are fighting back.

Some have called it a David and Goliath battle.

On one end of the fight is McCallum Bros Limited, the biggest supplier of sand in Auckland, New Zealand. Since the 1940s, McCallum Bros has been extracting sand from the sea floor of the Mangawhai-Pakiri embayment, a stretch of pristine white sand two hours north of Auckland City. The embayment is already the single largest nearshore sand mining site in the developed world. Now, the company wants more.

Standing in its way, however, are community groups like Mangawhai Harbour Restoration Society and Friends of Pakiri Beach, who have joined forces to call for a halt to sand mining activities. They say it is threatening wildlife and harming indigenous communities’ relationship with the land.

“Three generations of the local Iwi people have fought sand mining here. They never wanted it,” said Jessie Stanley, spokesperson for coalition group Save Our Sands Pakiri-Mangawhai. A fresh wave of ground-up activism has emerged on the issue, as residents who have opposed the mining for years now find their voices amplified with the effective use of social media.

The refreshed calls are also largely driven by outrage over McCallum Bros filing new mining consents. The company wants to expand its dredging operations at the embayment, seeking to harvest more than nine million cubic metres of sand over 35 years.

Of the three consents that McCallum Bros applied for, two are currently being deliberated in hearings in front of the local authority, Auckland Council. A decision is expected to be made by 1 September.

Meanwhile, in a huge win for campaigners, the third consent was declined by the Council in February this year. McCallum Bros is now appealing that decision.

“Without this sand, the construction market could be hit with a major supply shock, seriously impacting housing, transport and other infrastructure developments,” the company said.

At the heart of the issue is concrete, the core material of major infrastructure in New Zealand like the Auckland Harbour Bridge. Concrete requires copious amounts of sand—the world’s second most exploited resource—and McCallum says Pakiri sand has the “ideal” mineral content, shape and size. Pakiri currently supplies about 43 per cent of Auckland’s sand market, by far the largest proportion from any one area.

Campaigners have cited possible alternative sources of sand such as Kaipara Harbour, which is located west of Pakiri.

“The evidence is strong that Kaipara Harbour sand is replenishing faster than it is removed, making it a sustainable alternative,” argued development planning consultant Philip McDermott at the recent hearings. McDermott has been a Mangawhai resident for five years. 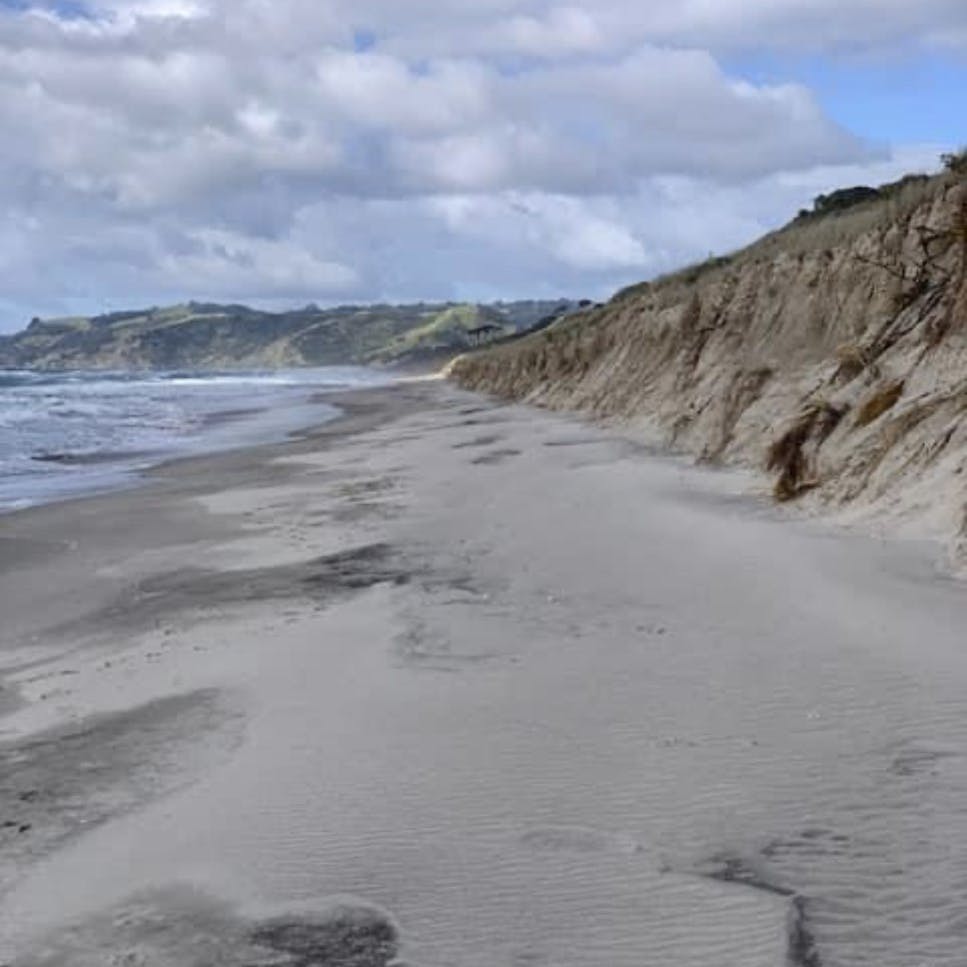 In open systems like Kaipara, sand is often naturally replenished as rocks are broken down by pounding waves and wind. At Pakiri, however, most of the sand came from the Waikato River, which was diverted away by a volcanic eruption over a millennium ago. Locals say there is no longer sand entering the embayment, making it a finite resource.

“The sand here is non-renewable,” said Stanley. “Once gone, it is gone forever.”

The specific ecological effects of sand mining at Mangawhai-Pakiri are still being debated. Research commissioned by McCallum concluded that it was “sustainable” and “has a less than minor impact on the environment”. But long-time local residents say sand dunes on the beach have disappeared.

It is like digging a hole in a bowl of sugar, said Stanley, of the effect that mining has on the site. The sugar around the edge naturally falls towards the centre. Similarly, sand from the shore slumps downward to fill trenches in the seabed, leaving the beach in a state of erosion.

At a hearing with the Auckland Council on Monday (15 August), expert witnesses discredited McCallum Bro’s claims that the beach was “growing”, acknowledging instead that Pakiri Beach has a negative sand budget. 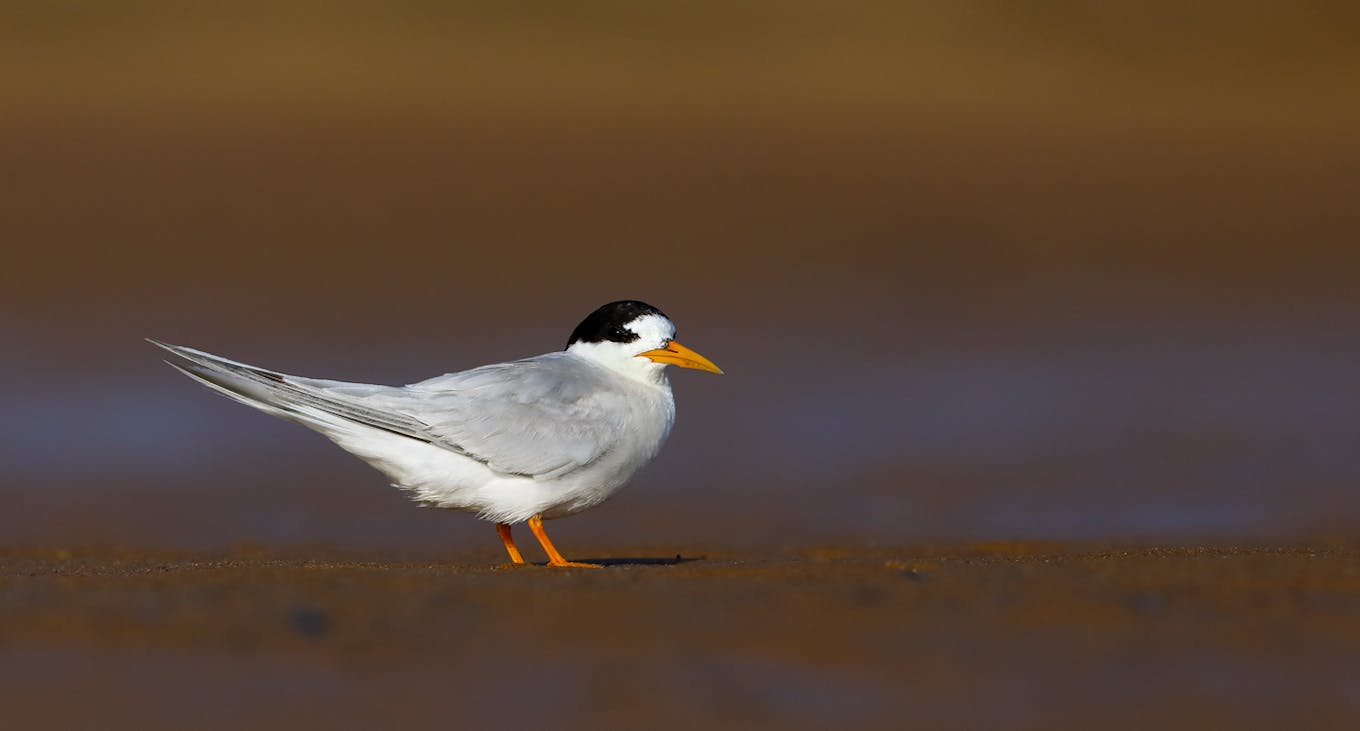 Fairy terns are endemic to New Zealand, and listed as “Vulnerable” by the International Union for Conservation of Nature. Image: patrick_k59 / Flickr

Residents are also concerned about the fairy tern, one of New Zealand’s most endangered indigenous birds. There are fewer than 45 individuals left in the nation and Pakiri is one of their only regular breeding sites.

Olivia Haddon, a member of the indigenous Iwi tribe who grew up at the Mangawhai-Pakiri embayment, says sand mining has had a direct impact on her community’s mana—their spiritual essence—and authority as a people.

“There are no shells or seaweed at Pakiri anymore. We lost the ability to uphold our cultural practices around harvesting fish.”

Haddon’s late father Laly Haddon was an Iwi tribal leader and one of Pakiri’s first campaigners against sand mining. Recognising that his community did not have the power to stop the extraction entirely, he instead sought to form partnerships with mining companies, pushing them to recognise his people’s role as guardian of the resource.

“The miners convinced us that offshore sand mining away from the beach was safe. Our tribal elders signed a moratorium of understanding with them,” explained Haddon.

“But the agreements were not honoured. The mining has caused great damage to the sea floor. A few years ago, we discovered deep trenches gouged in the seabed, kilometres long. McCallum did not disclose this information. No environmental authority was aware of it,” she said.

When asked for comment, McCallum Bros’ Chief Operating Officer Shayne Elstob told Eco-Business: “As we are in the midst of a consent hearing at the moment, it would be inappropriate for me to comment on evidence that is presented before the commissioners.”

In the meantime, the company’s extraction activities at Mangawhai-Pakiri continue unabatedly, extracting 230,000 cubic metres of sand each year until the current permits expire in November 2023.

“Sand mining has had a direct impact on our mana—our spiritual essence. We lost the ability to uphold our cultural practices.”

New Zealand is not the only country facing constraints on sand. According to the United Nations Environment Programme, global consumption of sand has tripled over the last two decades, far exceeding the natural replenishment rate. Most of this has gone towards building urban infrastructure and increasingly, land reclamation.

While there are alternatives to sand mining such as recycling sand and concrete, experts in the field say these solutions are not financially viable yet.

“The technology for recycled sand already exists in the lab. It is just not being adopted at the scale required,” said Zarina Bozeova, director of New Zealand-based company Neocrete which seeks to design less carbon-intensive concrete.

“There are frankly not a lot of solutions available now. It will require huge time and effort and capital investment,” she added.

As developing countries expand their cities and developed countries replace ageing infrastructure, demand for sand will only continue to grow, said Bozeova. The transition to green economies will also require concrete to build hydropower stations and wind mills.

But Haddon says local communities should not have to bear the costs of development.

“It is not our fault that the industry hasn’t got a contingency plan, or that they were not strategic about their long-term sustainability. McCallum has known since the 1980s that they had to phase out sand mining at Pakiri. They have had time,” she said.