The 'world's biggest plastic polluter' has been criticised for sponsoring the climate talks in Egypt. Some defend the brand for its efforts to develop a circular economy for plastics.

Coca-Cola has responded to criticism of its sponsorship of COP27 following a backlash from environmental groups for the company’s apparent use of the climate talks to gloss over its vast plastic footprint.

The consumer goods brand and its public relations firm had not responded to media queries about the backlash until Monday, and there had been no mention of Coke’s sponsorship of COP27 on the brand’s website or social media channels.

Green groups called for Coke to be removed as a COP27 sponsor early on in the event, pointing to the fizzy drinks brand’s reputation as the world’s biggest polluter of plastic, which is derived from climate-wrecking fossil fuels.

The chief executive of activist law firm ClientEarth, Laura Clarke, called Coke’s association with COP27 “greenwashing” and said there was a need to “go after plastics”, which are sustaining the oil and gas industry and exacerbating climate change.

In a statement shared today, Coca-Cola said that it had “actively engaging” at COP events since Copenhagen in 2009, and has participated with the aim of “listening and learning, and constructively engaging in positive climate action.”

“We agree that we have a responsibility to reduce the carbon footprint of our value chain and we transparently report our progress while taking more action to address the serious challenge facing the planet.”

“We firmly believe that the perspectives of all stakeholders should be involved in climate discussions, including those who have historically not had a voice. While we recognise that we have more work to do, we believe that effective climate solutions will require all of society to be involved including governments, civil society, and the private sector.”

Coke’s statement emerges as a new report from Break Free From Plastic, a non-profit collective, finds that the brand has topped a ranking of the world’s biggest plastic polluters for five years in a row.

Coca-cola is one of the most widely available consumer brands, for sale in more than 200 territories. It produces 200,000 plastic bottles every minute, according to reports.

Coca-Cola has also drawn criticism for its water footprint, with the company’s factories leaving communities in India short of water. In March, Coke was criticised for extracting groundwater during a drought in Mexico.

Some industry observers have objected to the lambasting of Coke, highlighting the multinational’s efforts to address plastic pollution and try to build a circular economy for the 2.7 million tonnes of plastic it uses a year.

Coke’s commitments to address the plastic waste crisis include using 50 per cent recycled materials in its packaging by 2030, cutting its use of virgin plastic by 3 million tonnes by 2025, and selling 25 per cent of its drinks in refillable glass or returnable bottles by 2030.

Coca-Cola uses more recycled plastic in its products than almost any other major consumer goods firm, according to data from Ellen McArthur Foundation, a non-profit – 11.5 per cent of the plastic Coke’s uses was made from recycled material in 2020, an increase of 1.8 percentage points on the previous year.

Coca-Cola restructured its sustainability team to make its targets more achievable in 2019, the year that it announced a switch from green to clear plastic bottles for its Sprite brand in Southeast Asia – transparent PET is easier to recycle than the coloured variety.

Chris DeArmitt, a US-based materials consultant, said that PET, which Coke uses to make its bottles and widely used in product packaging, “is the proven greenest option” as PET is the easiest type of plastic to recycle.

“Slamming them for it [using plastic] is unjust and scientifically wrong,” he said.

A progress report on Coke’s plastic reduction and recycling targets by non-profit Greenpeace concluded that the company will “almost certainly” miss its 2025 goals.

Break Free From Plastic is calling for a legally-binding Global Plastics Treaty, which would introduce measures to hold polluters such as Coca-Cola responsible for their discarded products. The first treaty negotiation meeting will be held in at the end of November.

At the COP27 event site in Sharm el-Sheikh, Coca-Cola is being served in glass bottles. Event delegates have pointed out that many recycling bins do not have a repository for glass items. 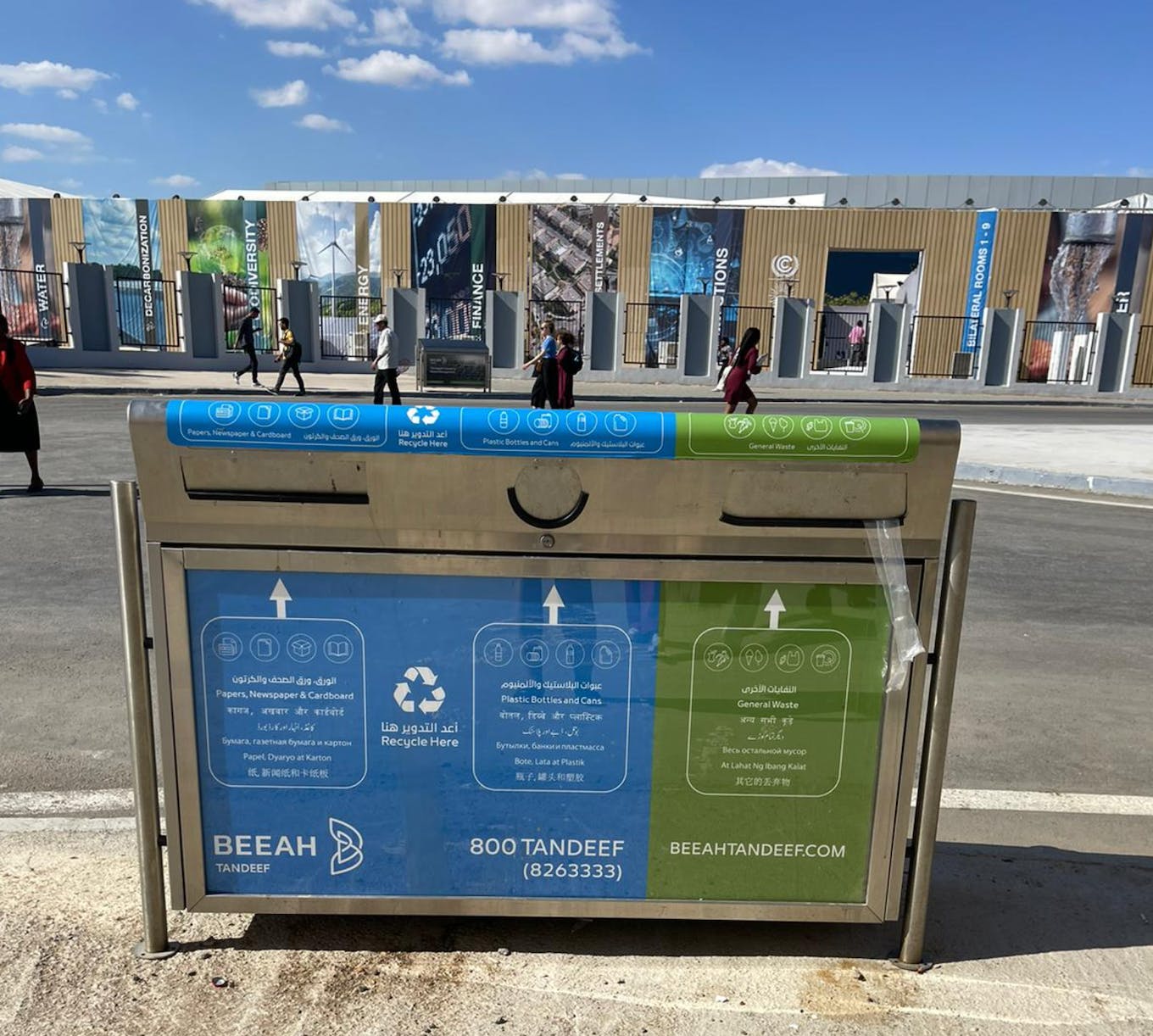